On 25th September 2019 held an opening ceremony of Beijing Daxing International Airport. And on 26th September 2019, the first commercial flight had a landing at the airport. This airport has set new standards in air transport services along with its architecture. 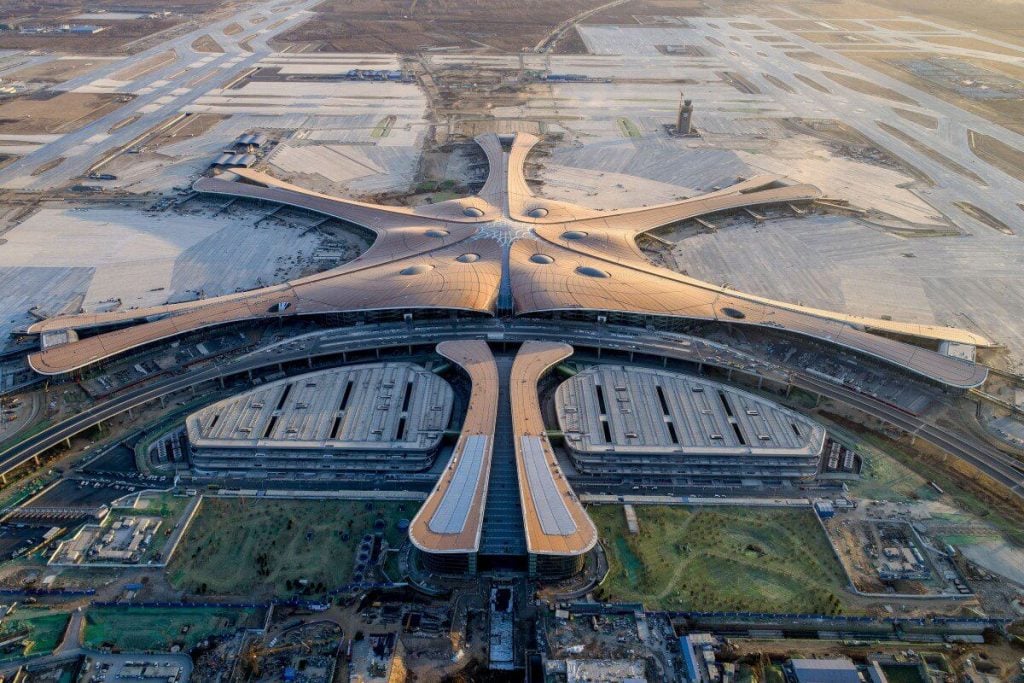 It took five years to complete the construction of this airport. This is the first airport having a single terminal in the world. This airport covers the 47 square kilometers of land, and its terminal covers the space of 700,000 square meters. The structure of the airport from the upper side looks like a starfish – alien starfish. And hence, it is nicknamed “starfish.”

This mind-blowing architecture was designed by Zaha Hadid Architects. They never fail to aww-inspire people. The football stadium (Al Wakrah Stadium) in Qatar is the best example.

Coming back to the airport, 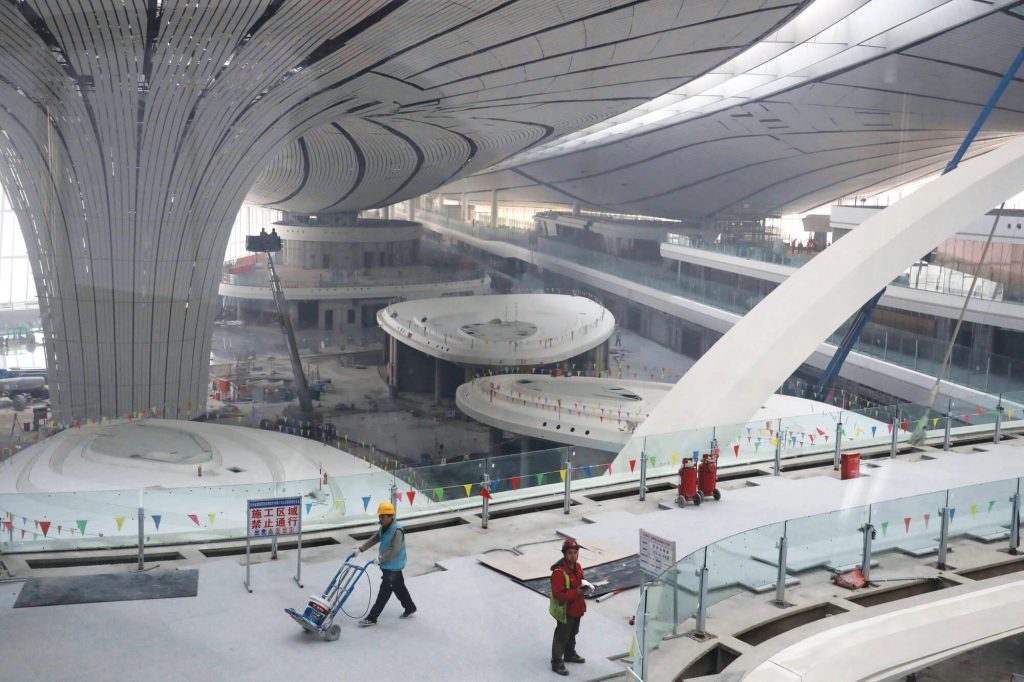 It is located at a distance of 46km south of the city center and can be reached in 20 minutes by the express train. This airport is going to be the major transport hub of the city with an increase in the number of people traveling and the country’s expanding transportation service. 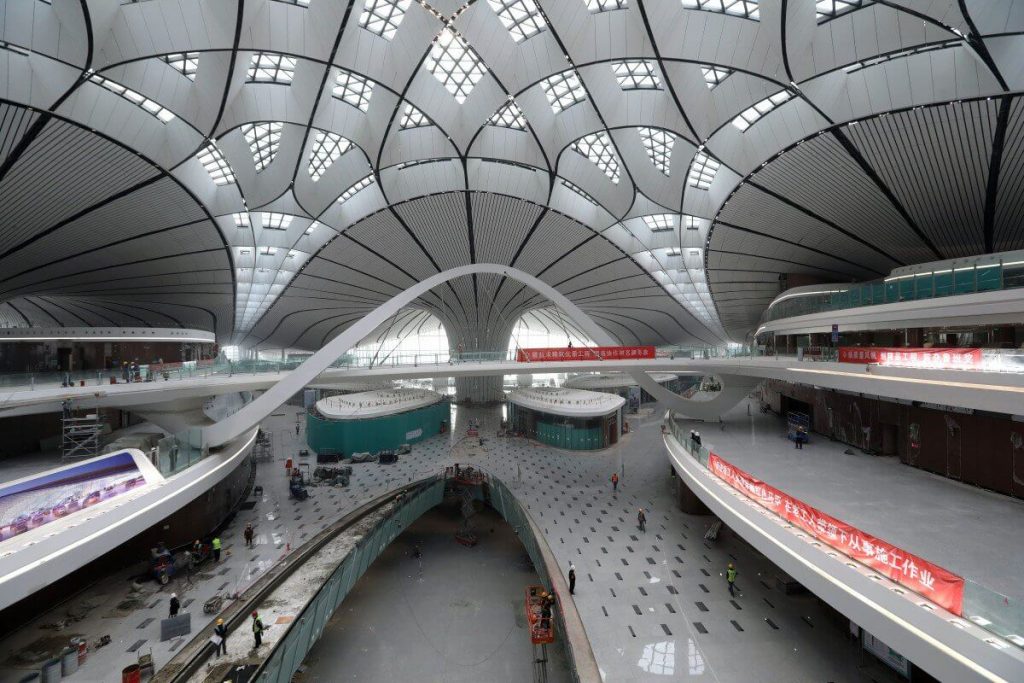 The Beijing Daxing Airport is specifically built to alleviate overcrowding at the existing airport of the capital. This airport is going to serve 45 million passengers per year initially and has the target of serving 75 million travelers by 2025. It has the aim of serving the 100 million travelers and 4 million tonnes of cargos annually in the future.

The structure of the airport offers a direct connection to Beijing’s local train services and high-speed rail network. And this factor will help in the economic development of Tianjin and Hebei Province.

It is assigned with the airport code “PKX” by the International Air Transport Association.

What Will You See at The Airport? 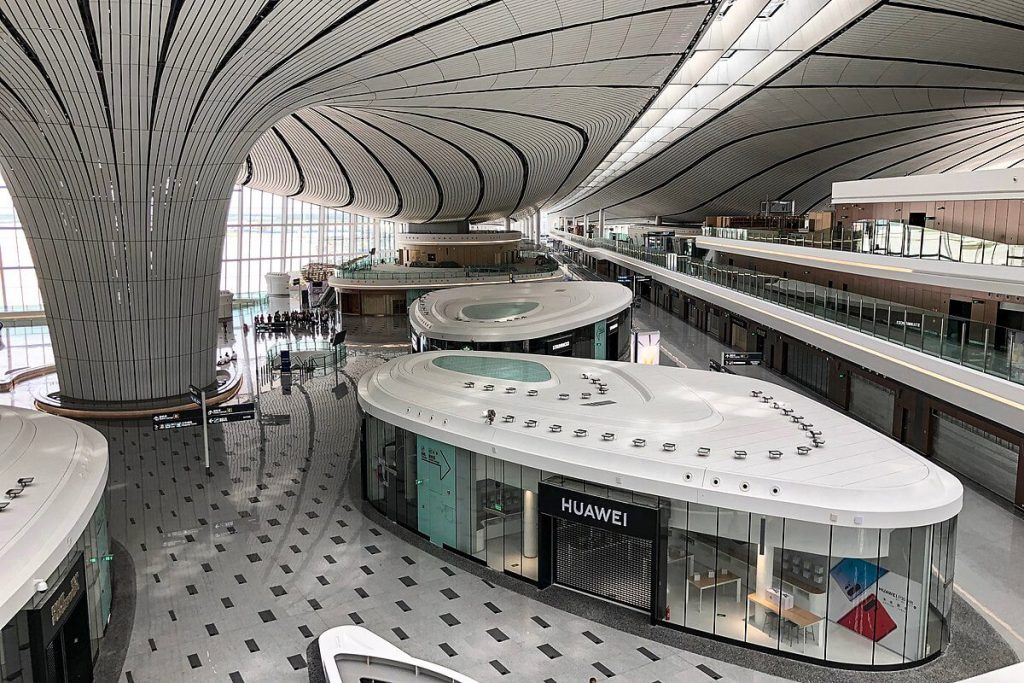 Interesting Fact:- According to the Civil Aviation Administration of China, this airport will generate 600,000 jobs.

Features of the Airport: 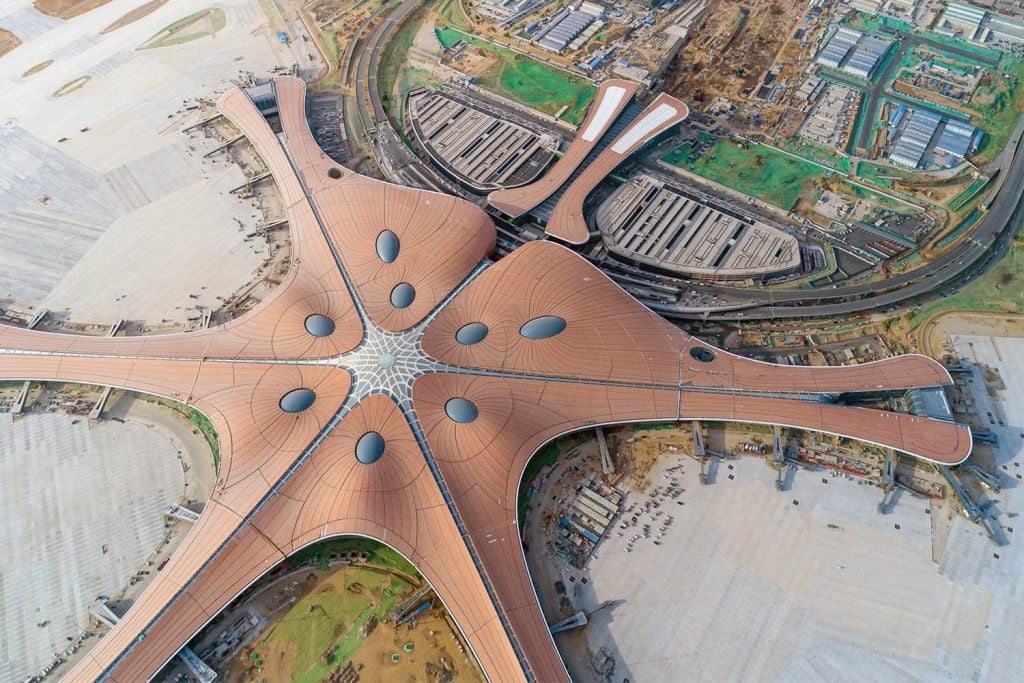 These were the things that you needed to know about the Beijing Daxing international airport by Zaha Hadid Architects. For more information related to architecture projects and events, visit Architecturesideas.