Congratulations on living the dream. Homeownership is a dream of the majority of us. A place whom we can call ours. There are a plethora of house styles available but before taking the final decision read further. What does it feel like a King? It’s amazing and you can get the same feel with the colonial style house. The colonial house has its own charm and beauty.

The colonial style derives from England’s Georgian style in the 1700s. A typical colonial house consists of strong symmetrical shapes, symmetrical windows, unique and decorative entryway. Over the passing time, the trend and functions of these houses undergo changes in the American colonies and other colonies. 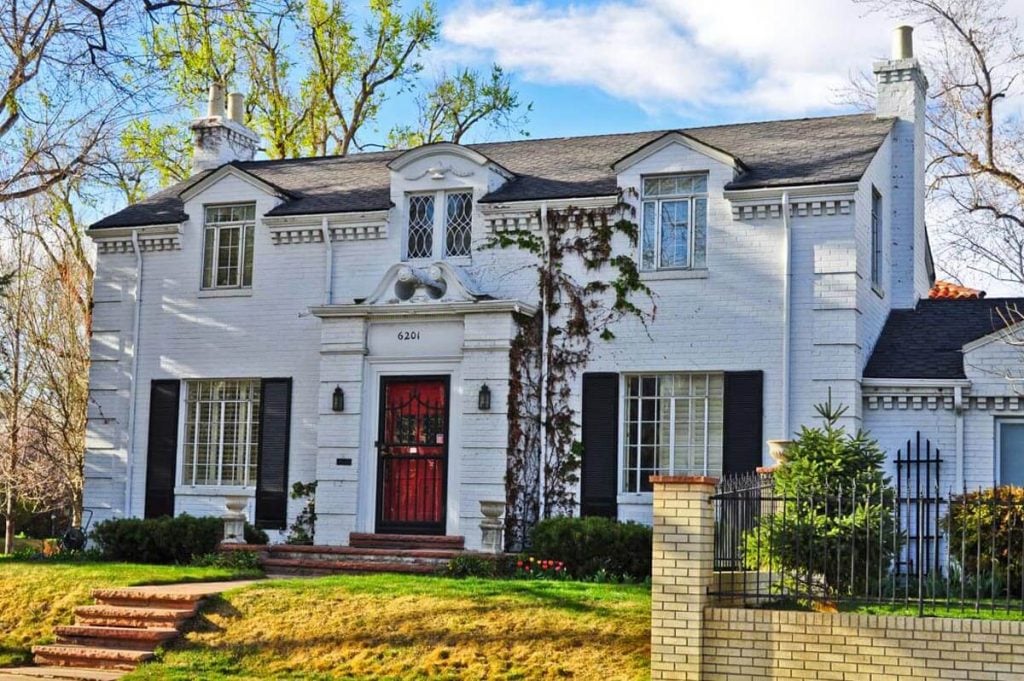 French areas were developed in 1608 by the french settler in Mississippi, Louisiana, and Missouri. The house was constructed with the cedar log featuring a double-pitched roof and surrounded by galleries to deal with the summer. But with the passing time, the home includes shutters, dormers and double-louvered doors. 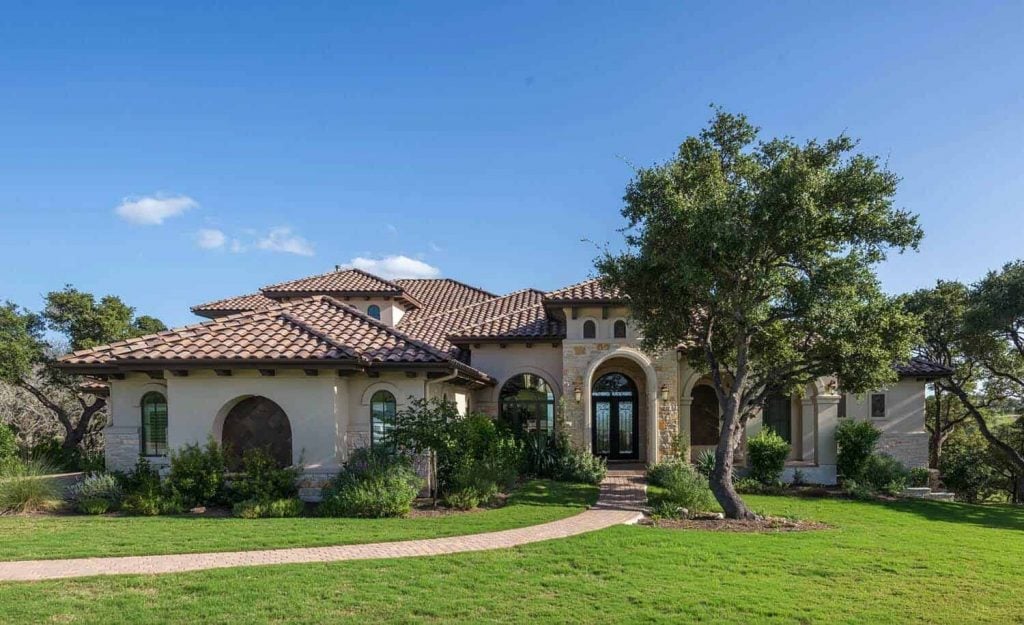 Developed in the Carribean and Mexico by the Spanish settlers. Earlier the house was a board house type with the thatched roof, one cottage room. The material used for such constructions includes rocks, stucco, limestone, and rocks. Stucco is best to beat the hot climate. Its red tile roof creates a great impression for its overall construction. The extended porch and courtyard are other elements of its typical style. 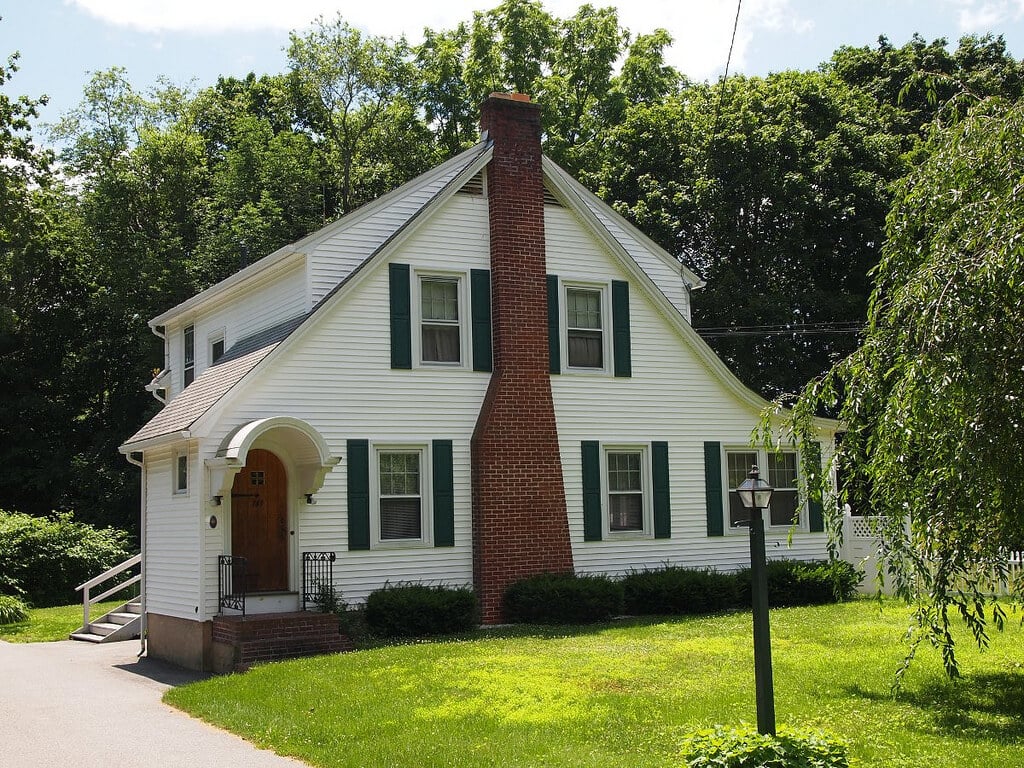 Initially, the house consist of one small room made up of steep roof and stone walls. Later a rear and front overhang was introduced to protect the mud mortar. With the time, a gamble-end chimney, double-hung window, and shutter were introduced. What do you think about this kind of Dutch colonial house? 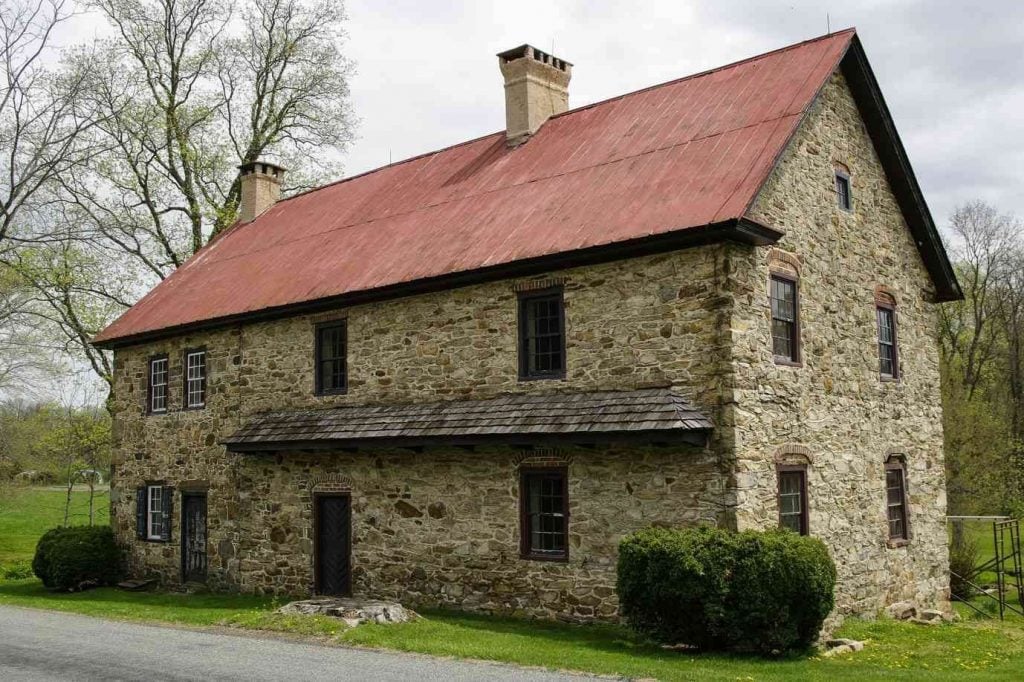 The german settler introduces the half-timber style to the world, where they use the frame of timber packed with masonry. The most popular hillside style was “bank house” especially meant for protection from harsh summer and winter. During this time in Pennsylvania, another popular concept was “country townhouse”.

What’s there in recent colonial style

Let’s understand some of the basic characteristics of colonial-designed home: 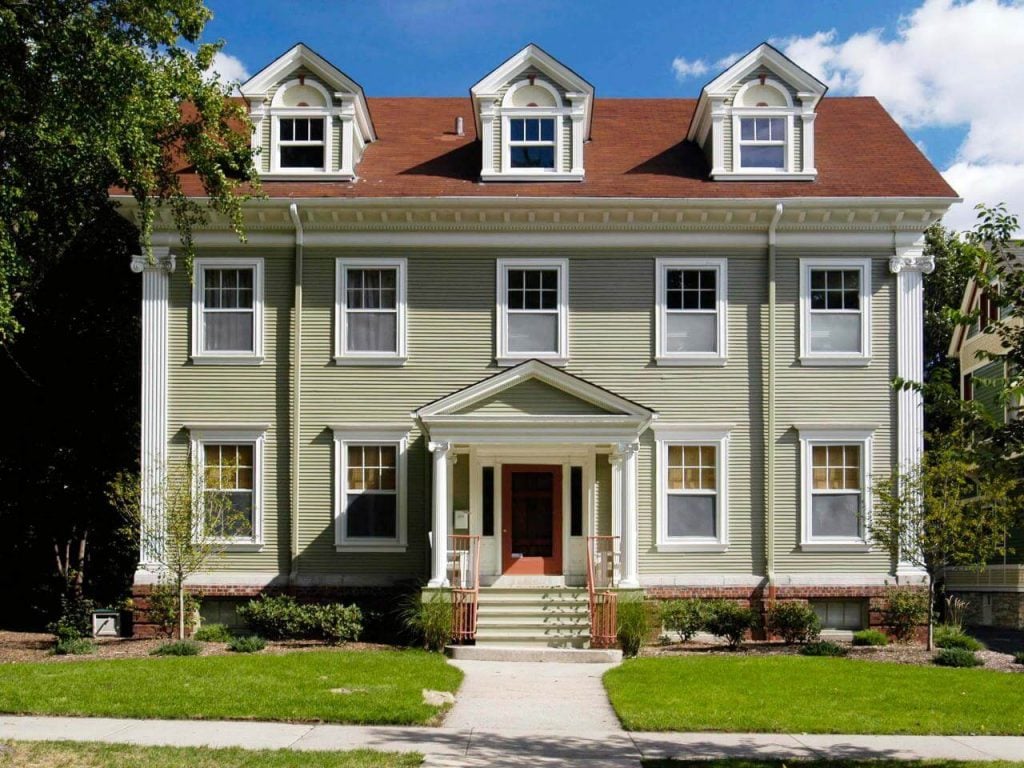 One of the basic characteristics is the symmetrical structure. The majority of them are built with brick or clapboard siding in rectangular or square shape. Now talking about the number of floors, so it consists of one or more floor while few have flanking wings. Another design consists of half a dorm and one or two stories. The exterior is designed using a minimalist design or using geometric lines for the beautiful outcome. Even the color scheme is very simple mainly using one color generally white color. 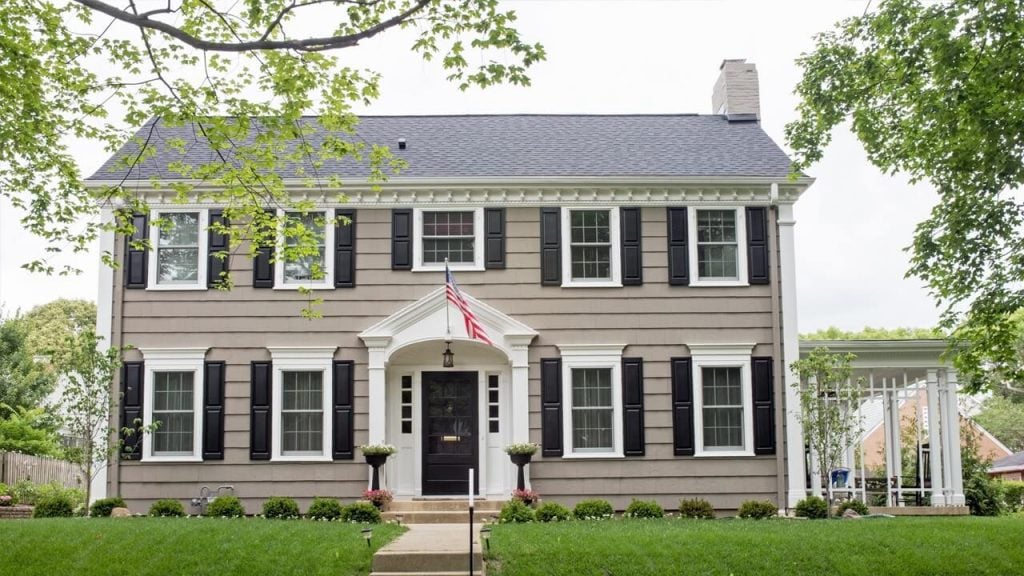 Early to control the amount of snow flow from entering into the house, a pitched roof was introduced. In Pitch shaped roof, two slopes of the roof are connected with the central ridge, forming an equilateral triangular shape. The pitched roof fulfills the elegance element along with the great space for better ventilation. But it is not advisable in the high hurricane or wind areas as it is more prone to damage and hence increases the cost of maintenance. 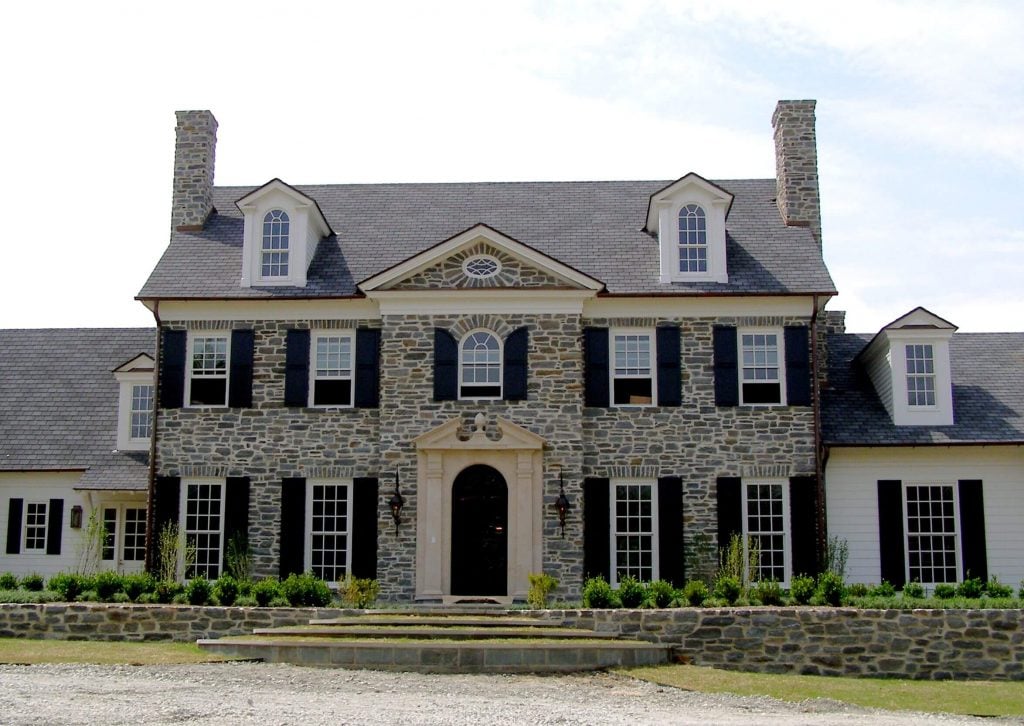 The most common and beautiful facade comes in the horizontal or rectangular facade. It gives a speculator appearance to the house. Some of colonial styled home includes a side porch that creates an amazing exterior look. Generally, made from the bricks and keep it free from any decoration as it itself creates majestic looks. 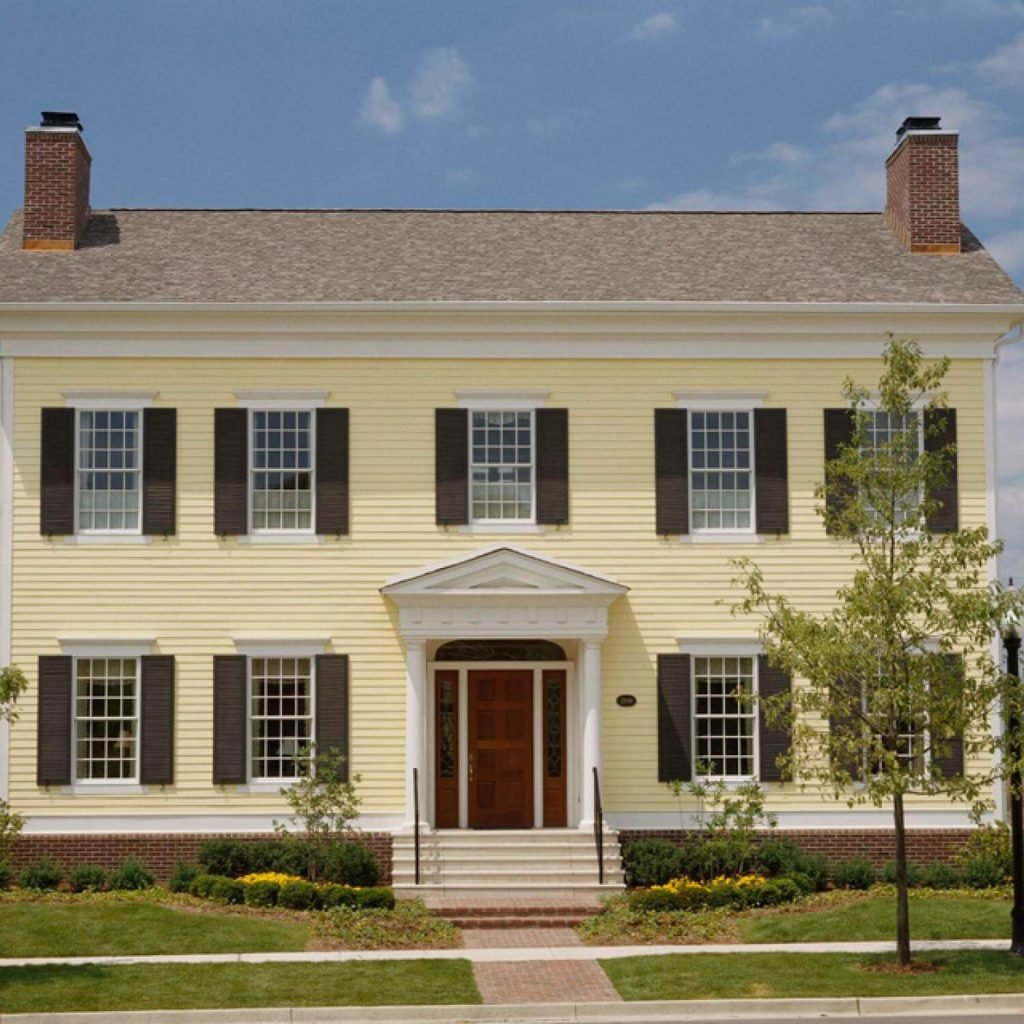 The entrance in colonial style is the pie of the eye. The door is placed in the center while the fanlight windows are placed above the door. In many colonial style home, the pediment is created which act as decorative crown and on the other another fulfilling the purpose of covering the porch area with the extended construction. 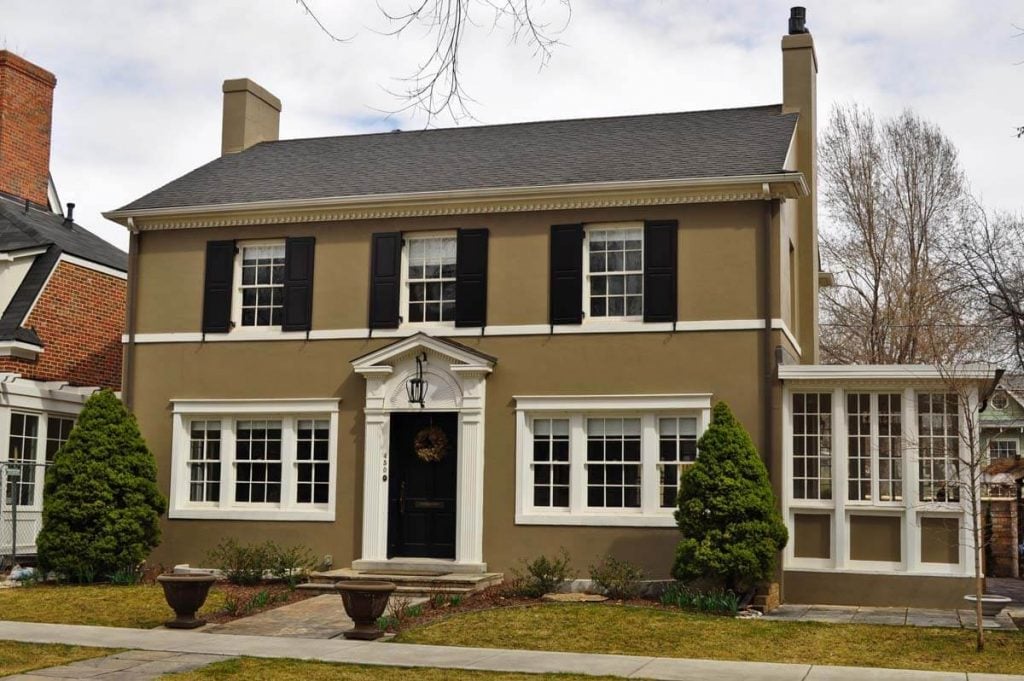 Another feature of the colonial style home is its pair chimneys. In order to prevent heat in the summer from the house, each chimney is placed at each end of the house. The traditional colonial home used to have a fireplace with no mantel, so to prevent excess heat, this idea of dual chimney comes into existence. The first mantel was seen in the 1800s that consist of floor to ceiling panels. 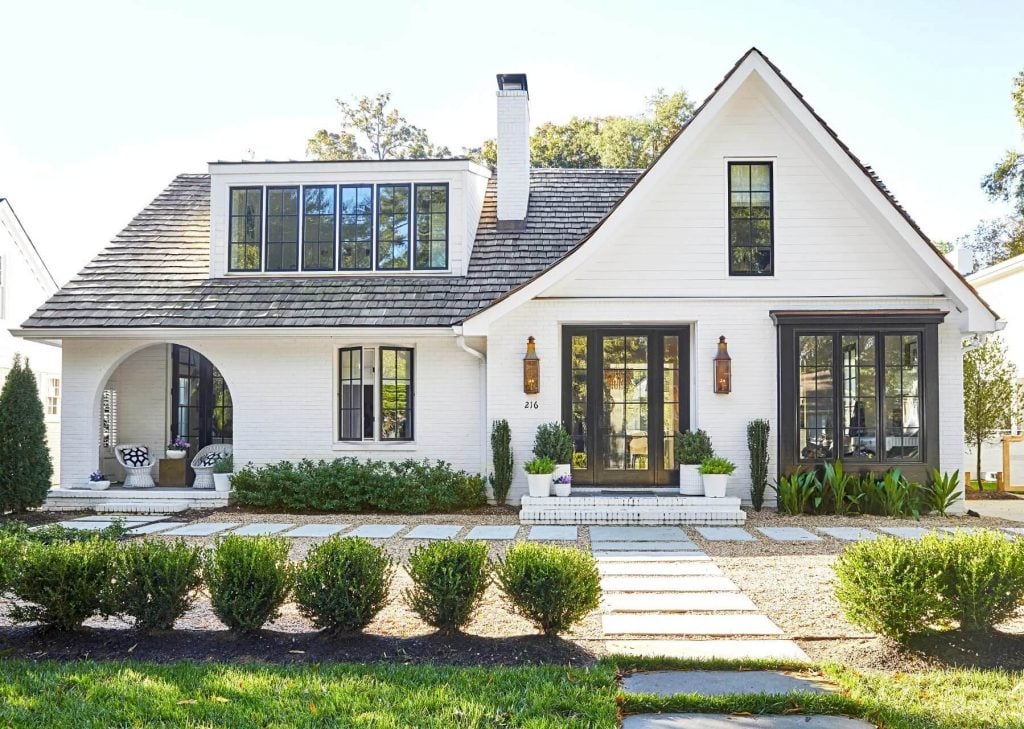 Carrying forward the exterior to the interior with the help of the hall floor. The central hall connects the kitchen, living areas and dining room in a beautiful and well-planned way. Whereas the location of the kitchen is on the backside, while the dining room is adjacent to it and the living room is located in the front. The ground floor is connected with an inside staircase. A central fireplace adds charm to the beauty of the house. 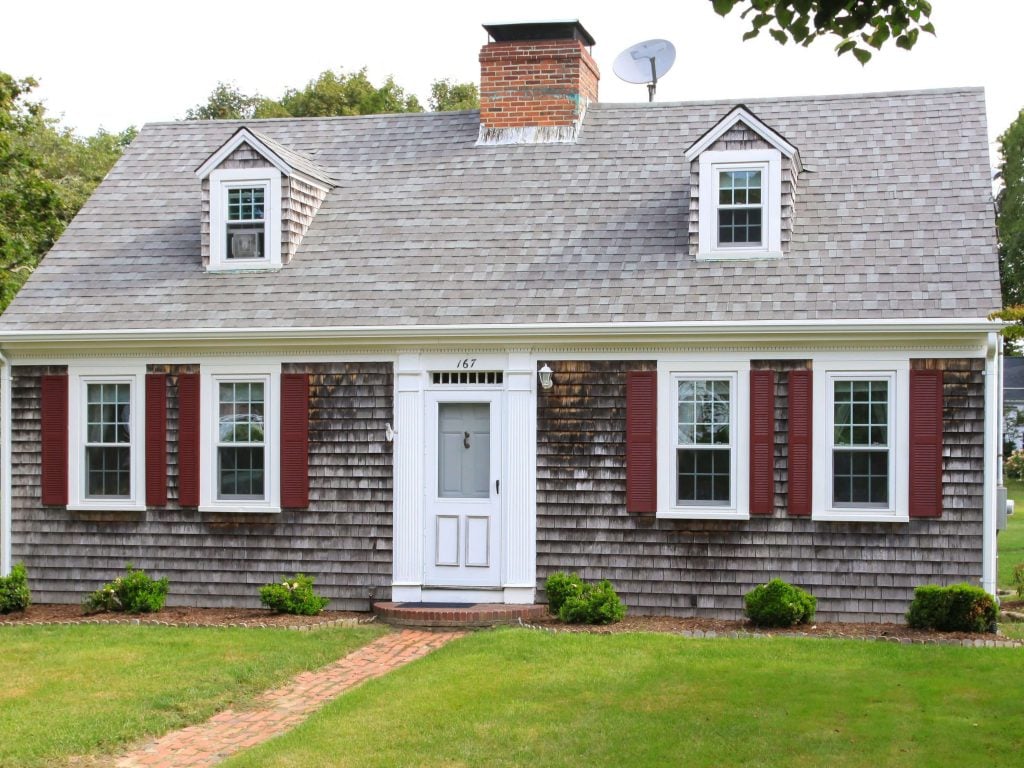 The next important characteristic is the placement of the window on both sides of the entryway. While three to five window was placed on the second floor of the house. Talking about the appearance of the window so it usually has double-hung shutters. Some houses have bay windows.

Here are some of the best ranch style home design ideas.

What do you think?

What do you think about the colonial style house? Do you still possess the love for old charming construction or you are a lover of the modern architect? Let us know about your view in the comment section below. If you feel stuck with any architect problem, Architecturesideas is your destination to get wonderful ideas and designs.

Make Your Colonial Style Home The Talk of Town with These Characteristics was last modified: October 25th, 2019 by architectures ideas