The roundhouses resembling the group of bubbles the name of the house is perfect according to its look and the design is so fascinating at the same time. The structure as well as the look of the house is not less than those ancient houses of the stone house and witnessing such old design with so wonderful modification is rare in these days. Despite being an old fashioned looking house the interior reveals a completely different story altogether and the inside is not less than any luxurious looking apartments which can win hearts for sure and being there would definitely mesmerize you entirely.

Architects Behind the Project 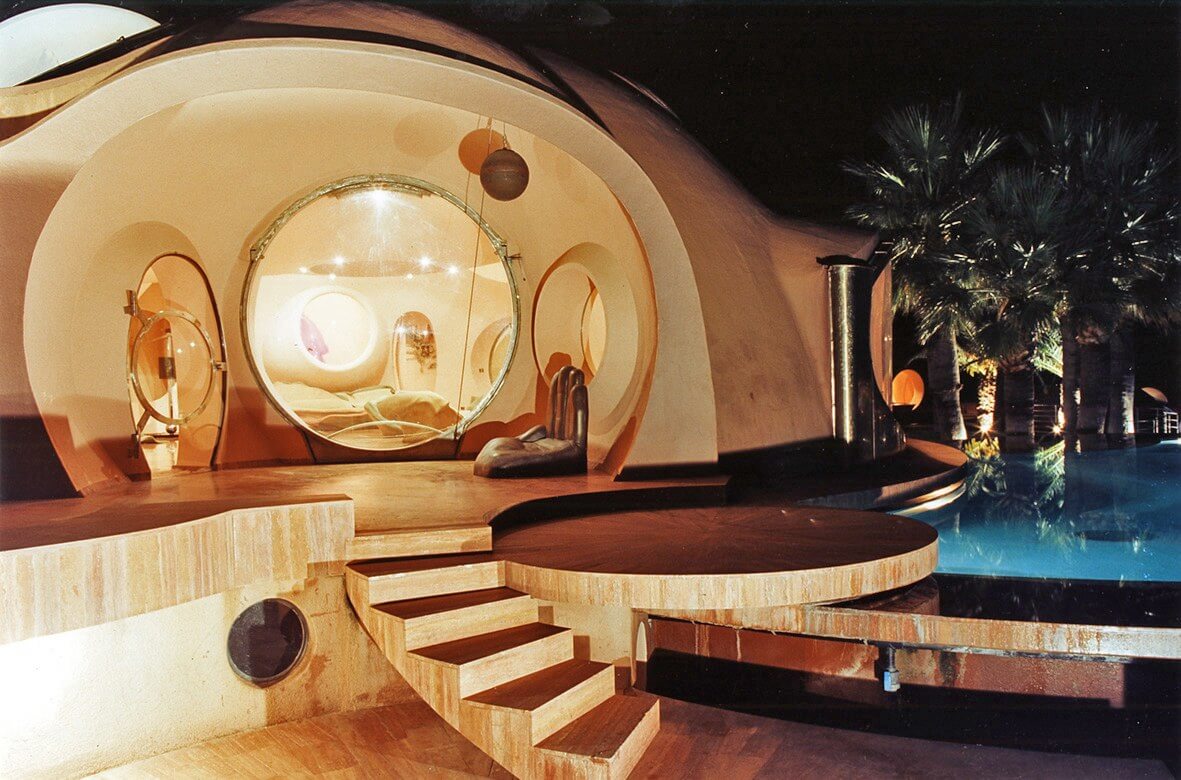 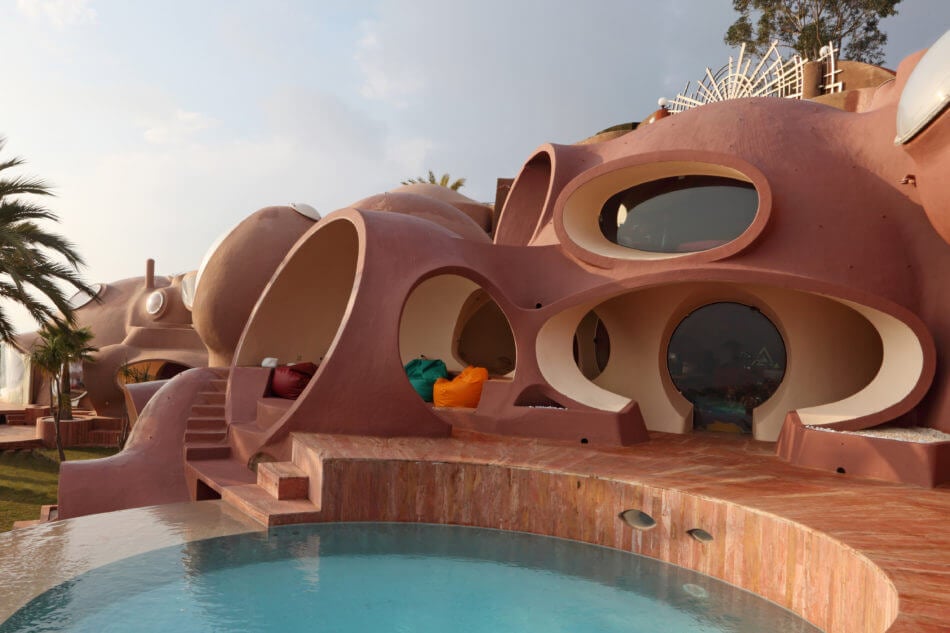 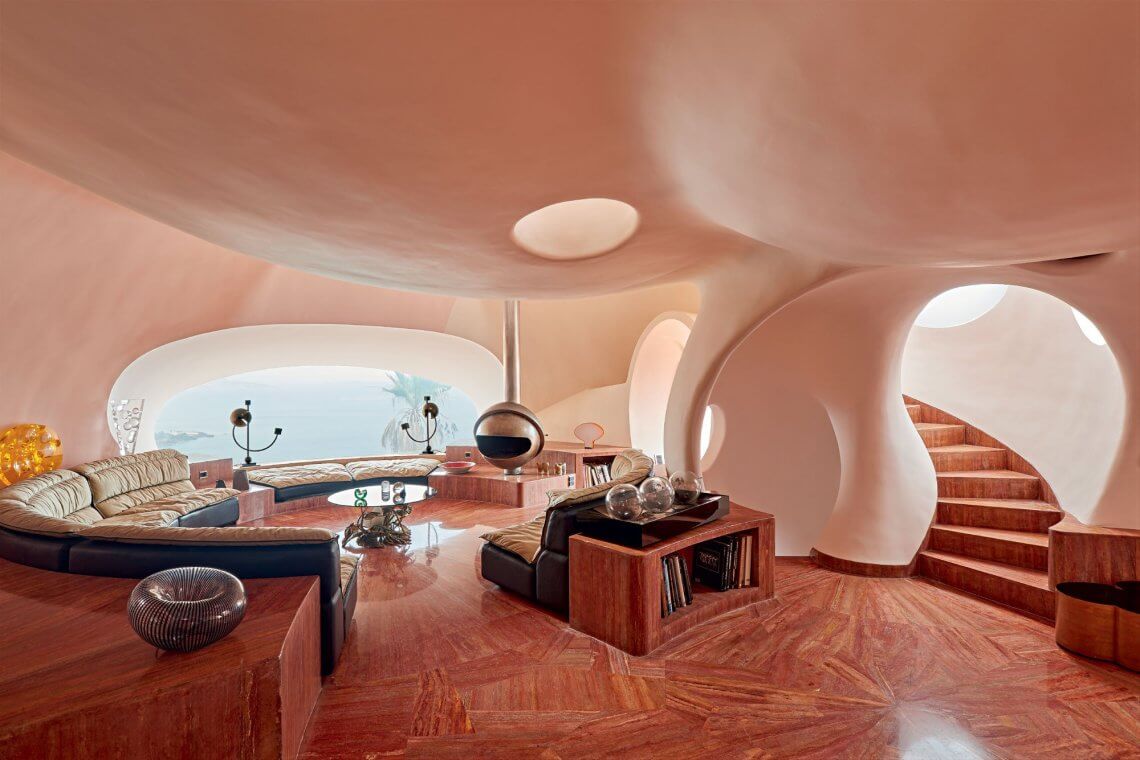 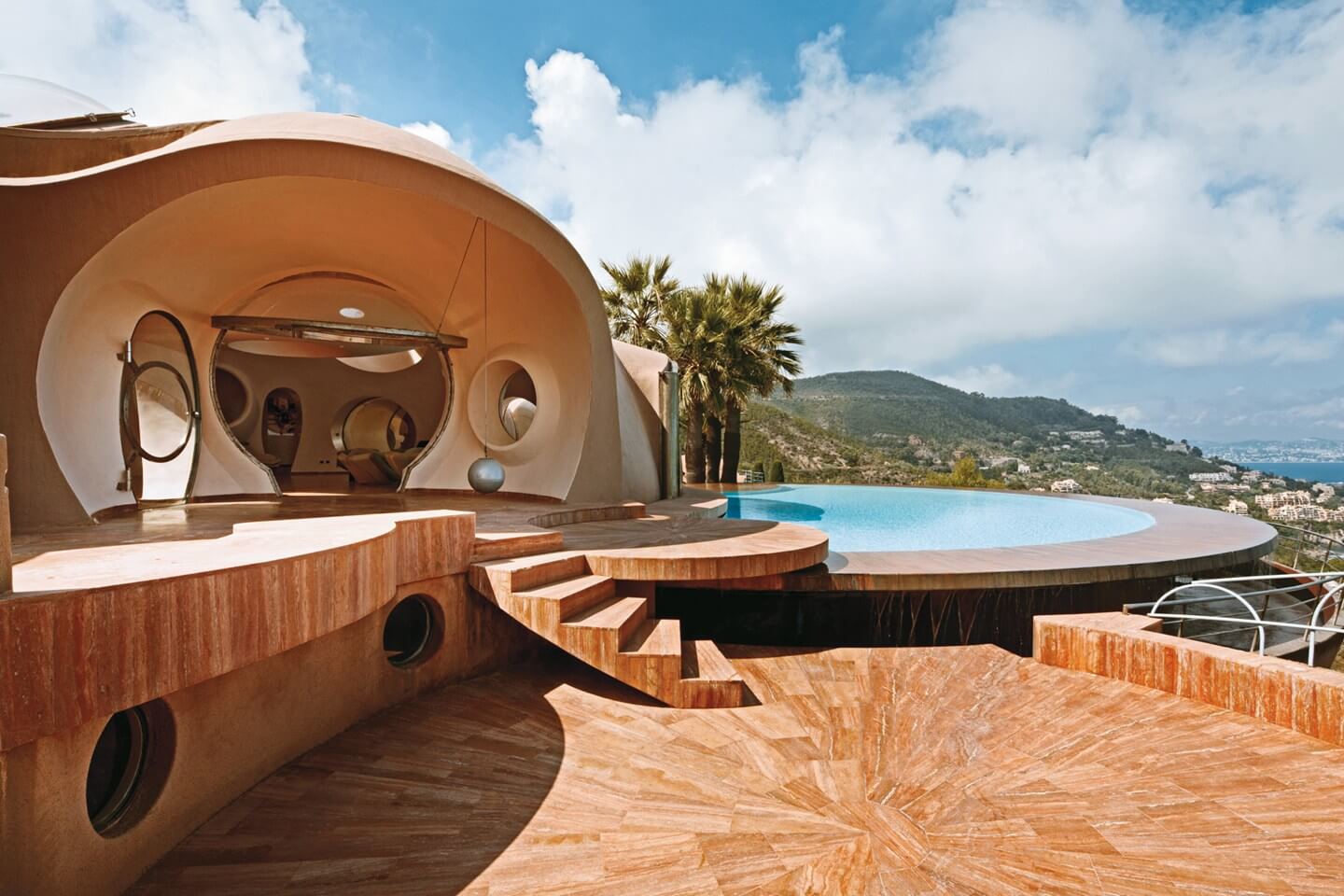 The project was not handed over to one architectural team rather the art of multiple artists can be seen in the Bubble Palace which is a great thing so even if you would not like one particular work then also you can get your mind settled with the one you loved. You would be amazed to know that those different bedrooms of the bubble palace has been created by different and even though their idea, as well as a personality, was different but still their choice came up to be amazing looking and the end result proved to be absolutely stunning and matching at the same time. Some famous architects such as Gerard Cloarec, Francois Chauvin, and Jerome Tisserand, as well as Patrice Breteau, etc, were involved in the construction work of this amazing looking palace and so it was quite impossible to unsuccessful construction at that point of time and maybe that is the reason that the palace turned out to be the best. There were other architects as well who got the chance to serve in the construction of the beautiful palace which was a great thing even for the architects who were involved in the construction and it can be guessed that due to this construction the architects receive so much fame.

Also Read: All You Need To Know About The Cube House Constructed By The Plasma Studio

Area and Location of the Bubble Palace 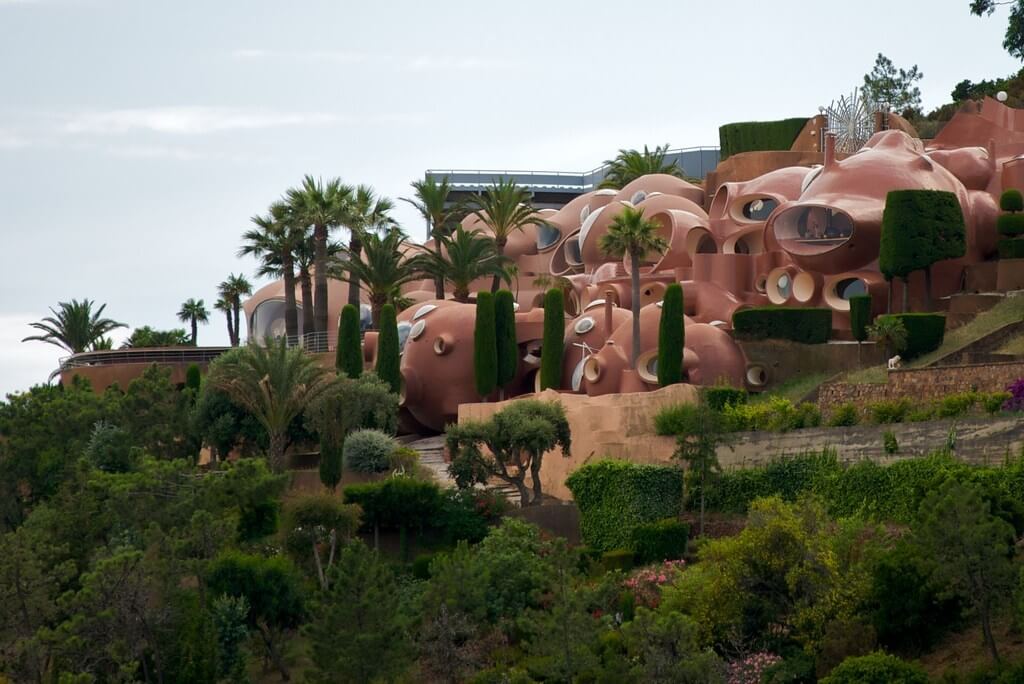 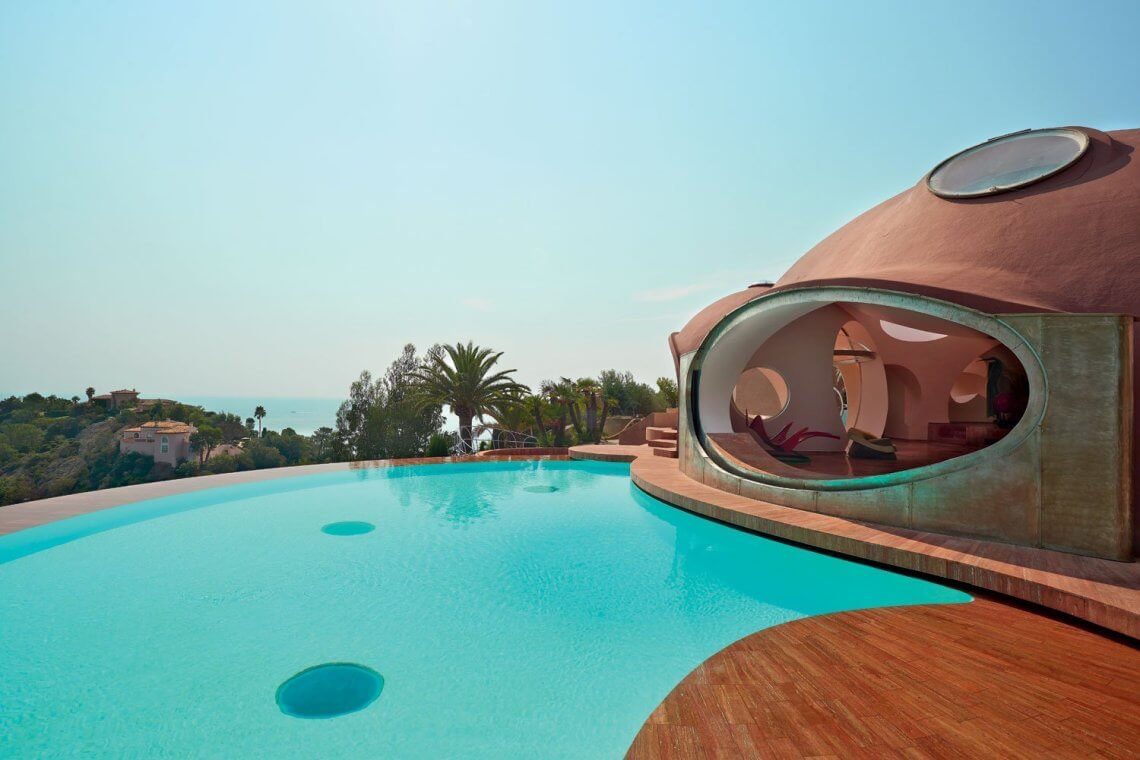 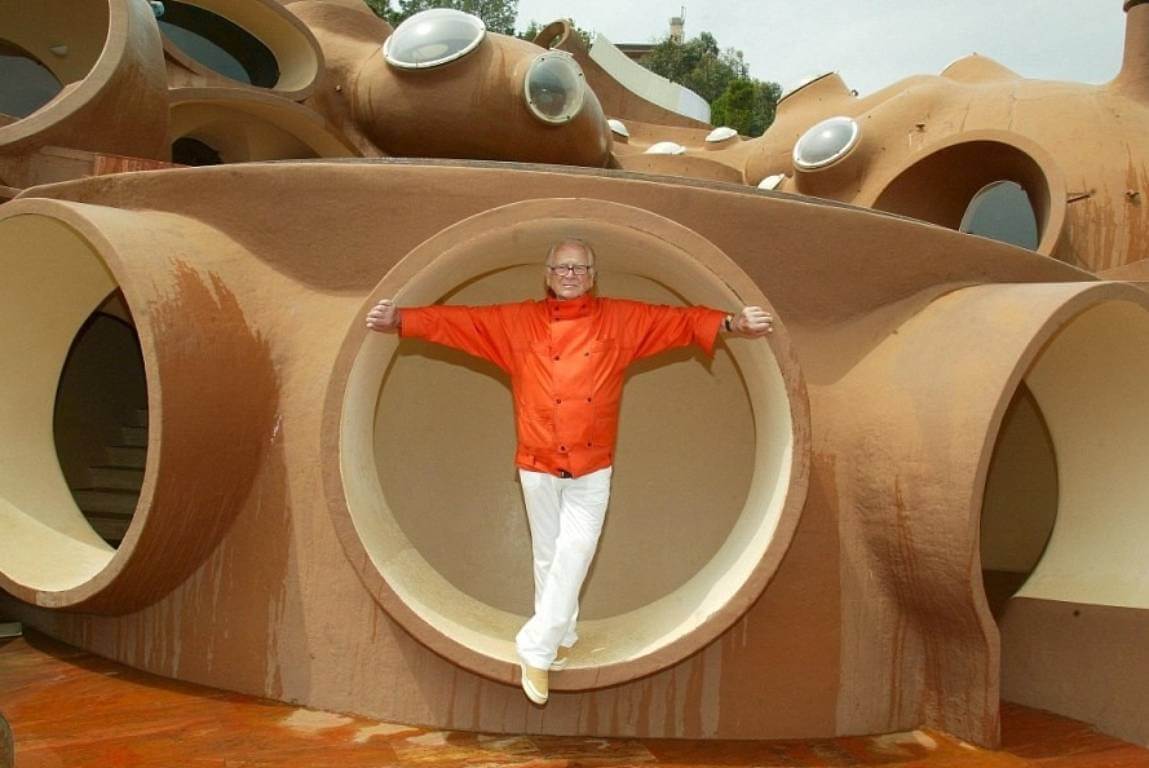 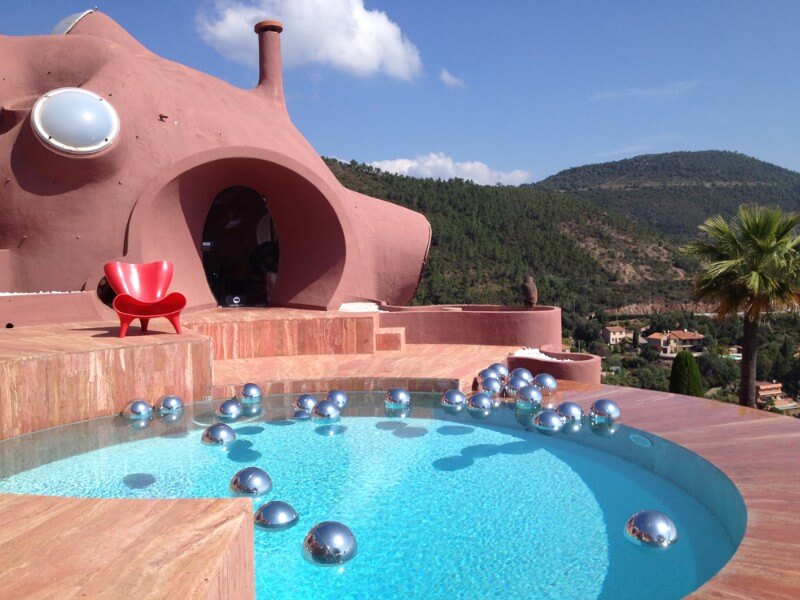 Have you ever wondered how cool as well as stunning it would be to peep through a window and witness the Bay of Cannes? Even thinking of it can make you happy and we simply cannot stop thinking of it and on the other hands, the Bubble Palace has let people witness the same beauty as the house has been constructed at the coastal area of the Bay of Cannes. The house, in particular, is situated at the Theoule-Sur-Mer which is just aside the Cannes which is again in France and having such wonderful construction in France is a matter of pride for all the French people. The location seems to be perfect for the palace and the location is another reason for people getting attracted to this beautiful house. The house has been particularly constructed in 1200 square-meters which is not a very huge space but it is not small either at the same time and the good thing is that the area of the house was enough to serve the purpose which is a great thing for sure. The reason behind the palace being round is that back then people used to believe in a myth that the negative or devil person used to reside at the corners of the house. Well there is nothing to do with the myth and the myth is not at all believable but one good thing about this myth is that this gave people the idea of such a beautiful building which is great. The house was not the same previously and there were so many things that have been changed in this house.

History of this House 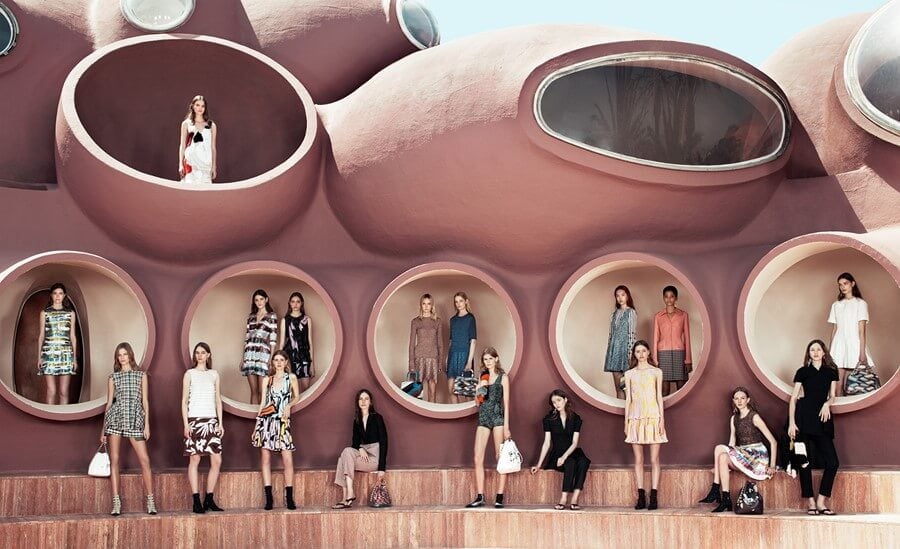 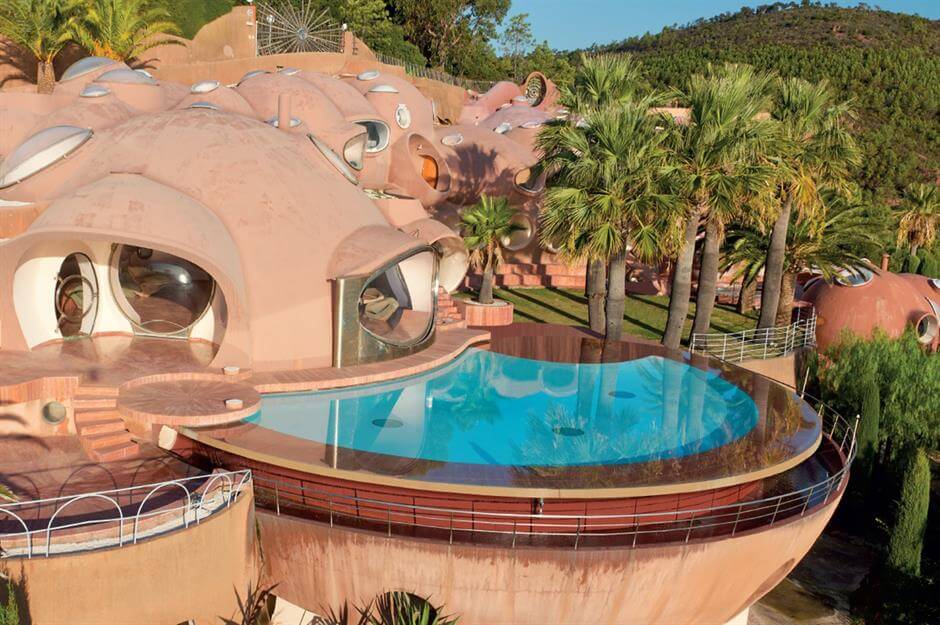 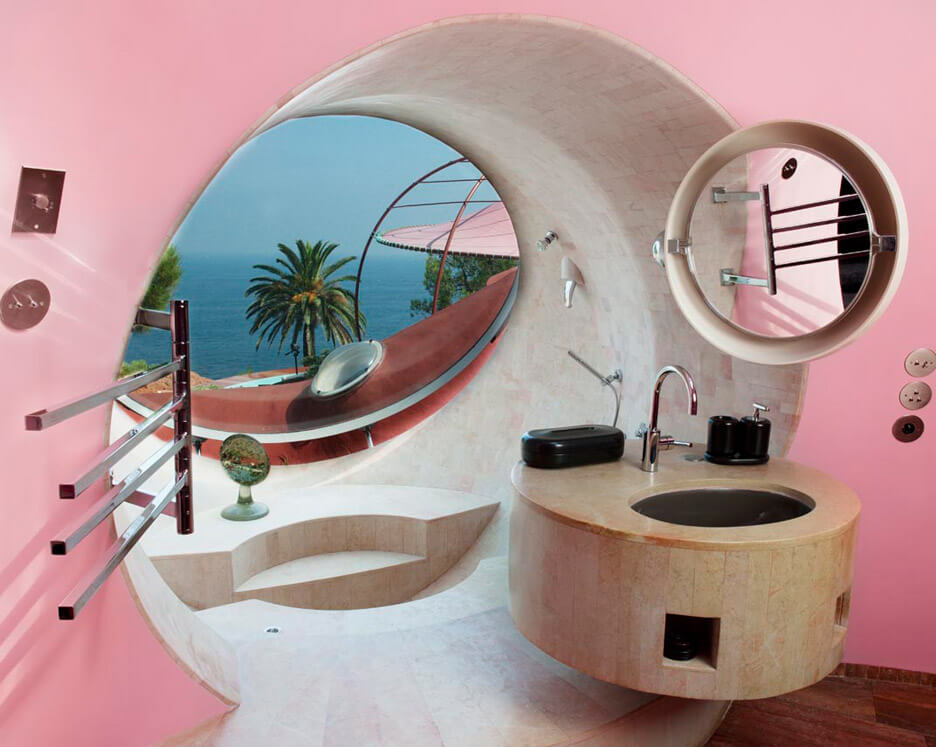 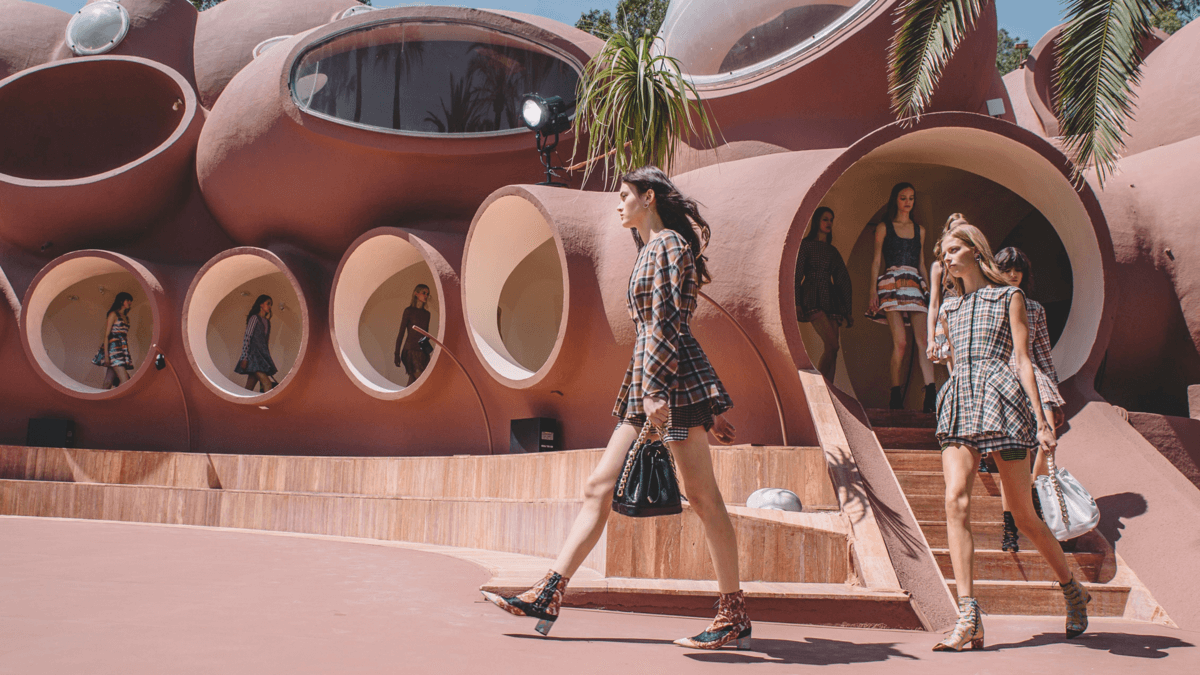 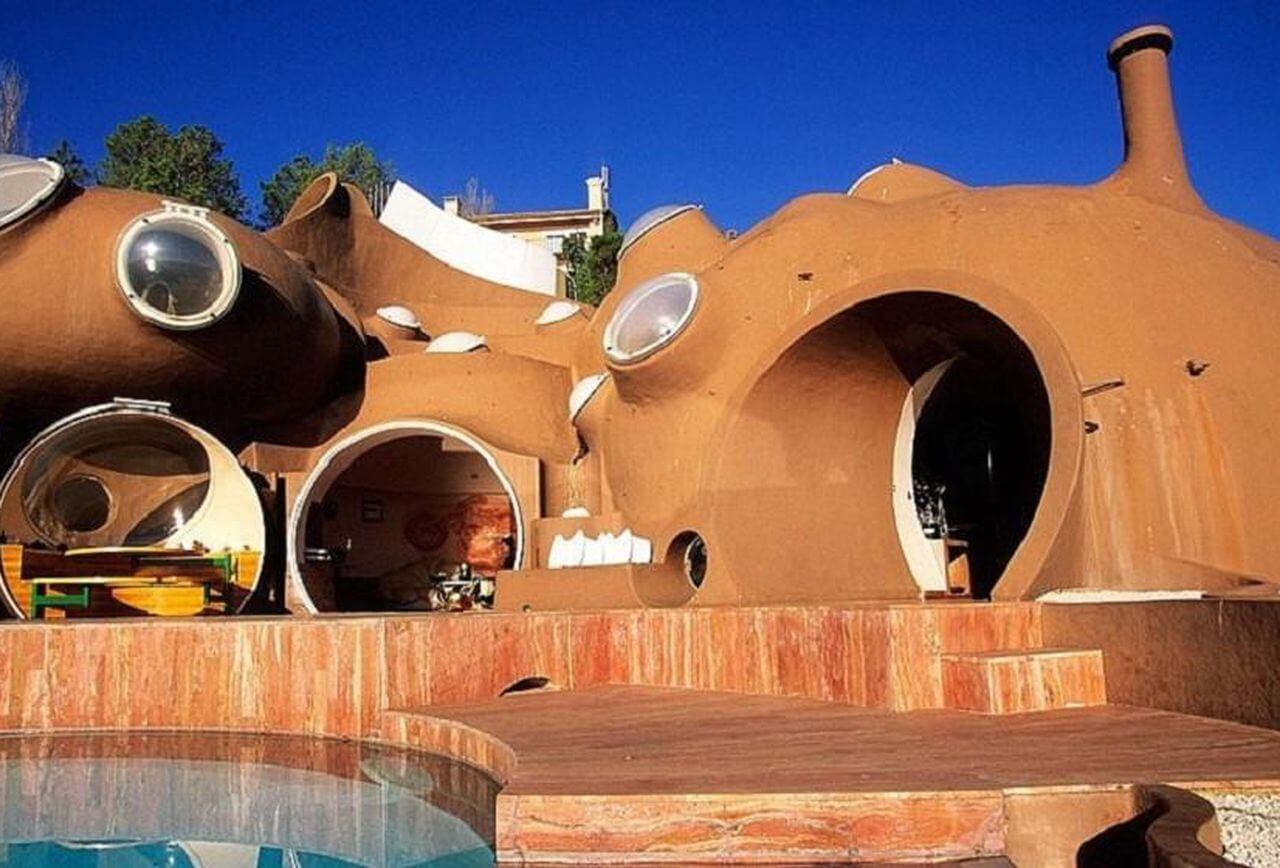 The house is definitely not a new one but with some changes the house has been renovated as an entirely new modern house with a touch of ancient architecture. Originally the house has been constructed by Antti Lovag who was a famous Hungarian architect of his time and the house was entirely constructed in the year 1989 through the construction work started back then in the year 1975 so it is clear that it took about 14 years to get the entire construction done which is quite a lot of time but the beauty of the house made the wait worth it. The BubbleHhouse is originally named as Palais Bulles and the building was actually constructed for one industrialist that belonged to France. Later on, the house was bought by the fashion designer named as Pierre Bernard who wanted to get the house renovated as his holiday bungalow and so certain changes according to his comfort has been made in this house which again turned out to be cool as well as beautiful. Shooting or many well-known music albums with the famous artist also took place in this palace and apart from that there one movie featured this house named as Absolutely Fabulous which is again very proud thing. Right now it is said that the house has been kept in the sale and about €350 million are asked for this beautiful house which is pity much the same that has been invested for the construction of this house.

Surrounding of the House 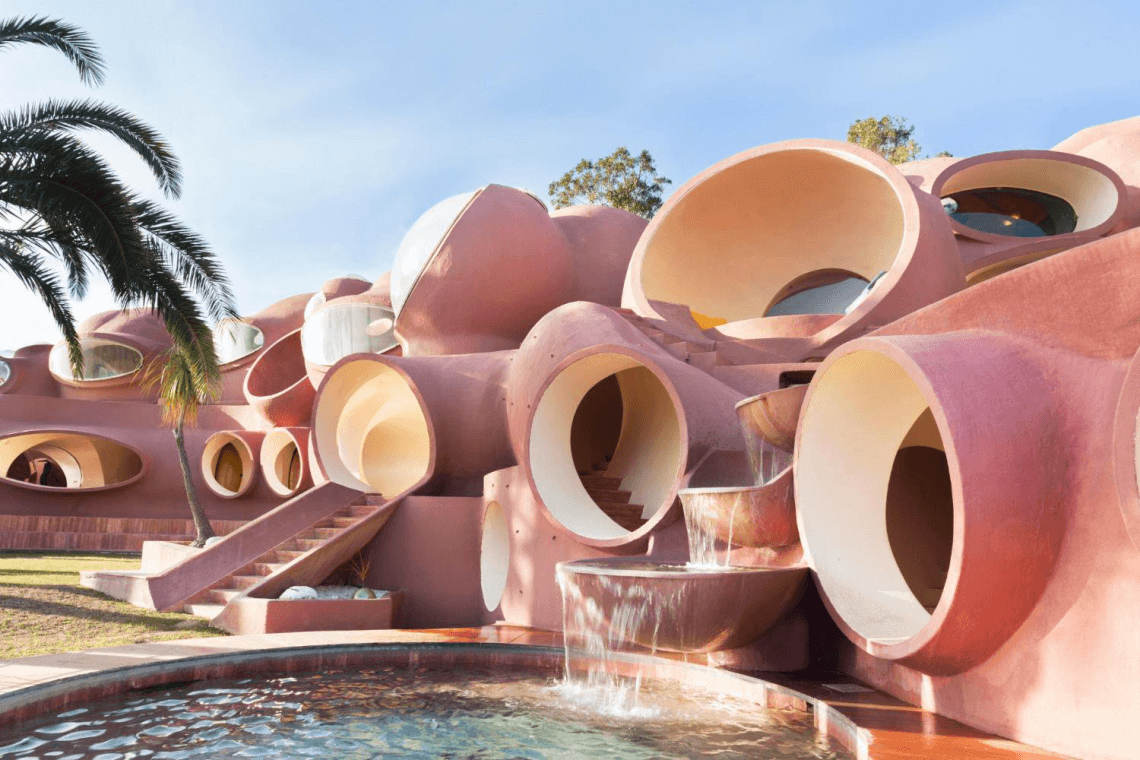 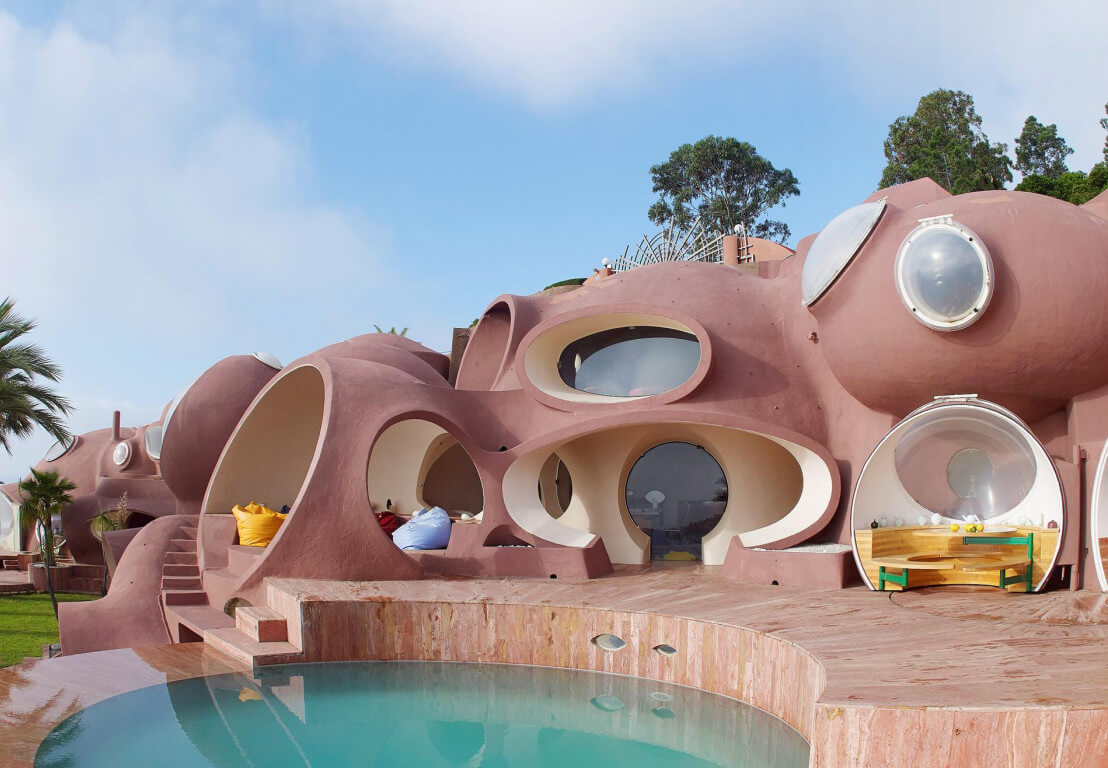 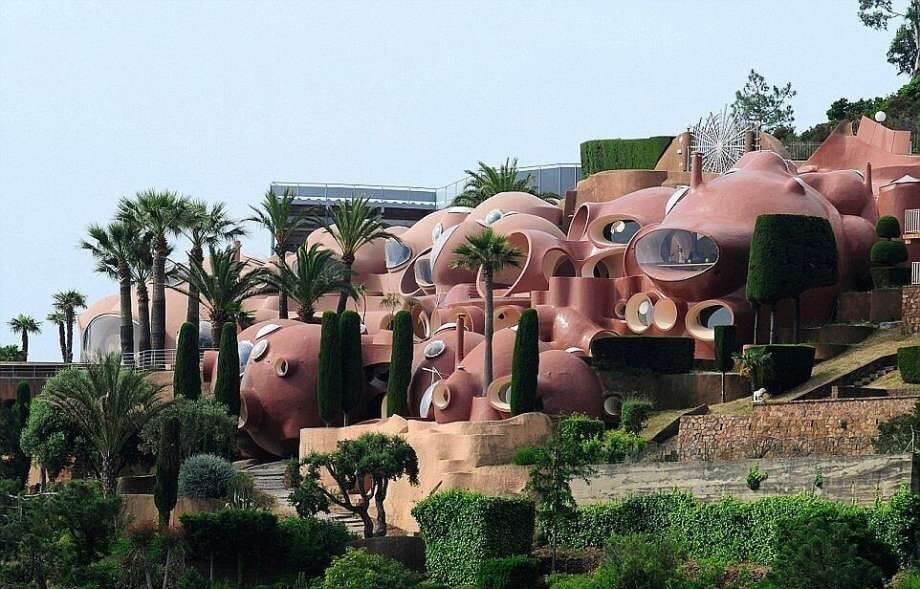 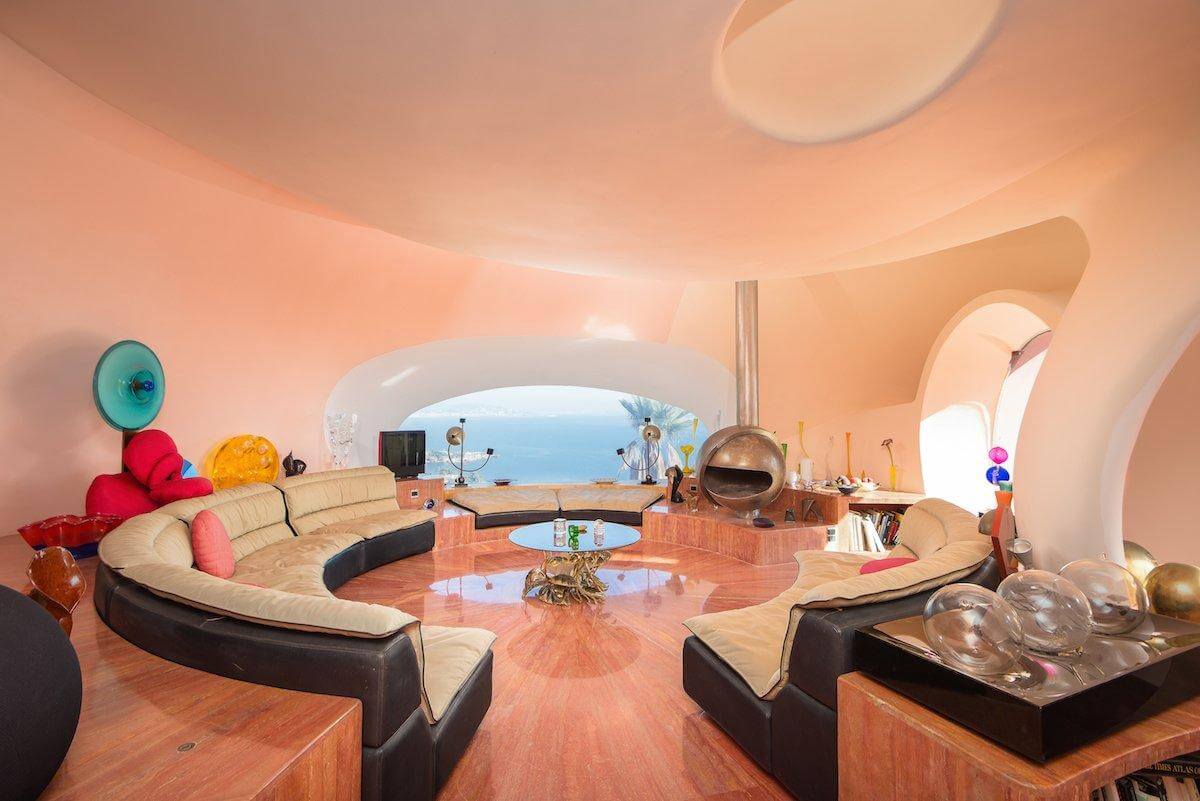 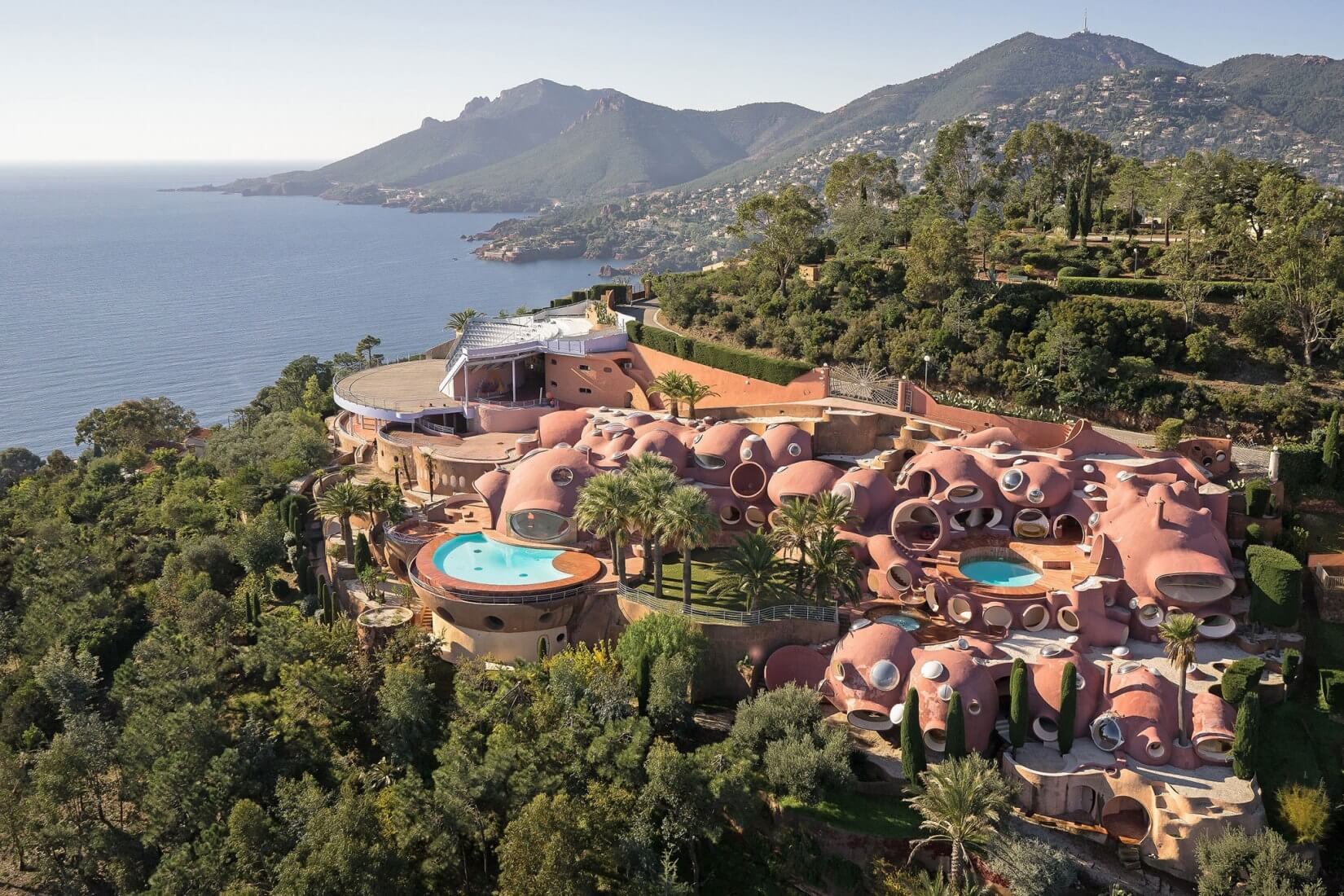 The surrounding of the house is to die for and if you are nature lover who gets attracted to the sea or oceans then this place would pull you towards it and you would definitely find pleasure being in this place. Apart from the Bay of Cannes, there is greenery all around the house which makes the place a paradise for any nature lover. The house is entirely surrounded by nature, one side is dedicated to hills and the other two sides are dedicated to forests whereas the one side is for the waterway and so no matter what your natural preference is you would find everything in one particular place which is a great thing for sure. There is no residential area around the house which makes it one of the most peaceful as well as private place and if you want to maintain your privacy then this is the place you need to check in. A similar house near the beach is the Sorrento Beach House which can give you the ocean vibes!

The Interior as well as Exterior Designing of the House 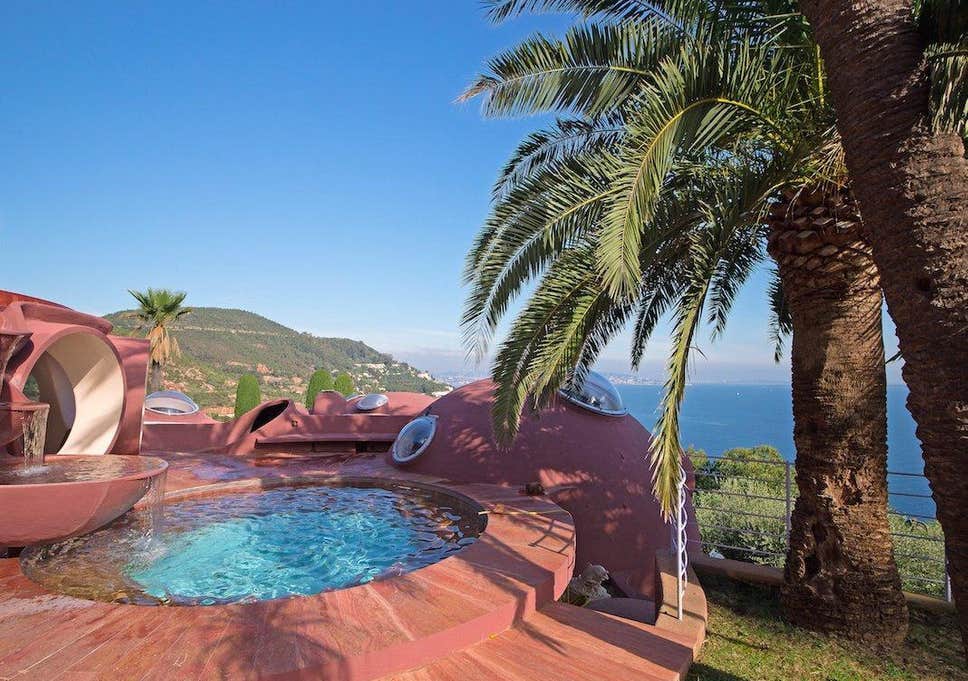 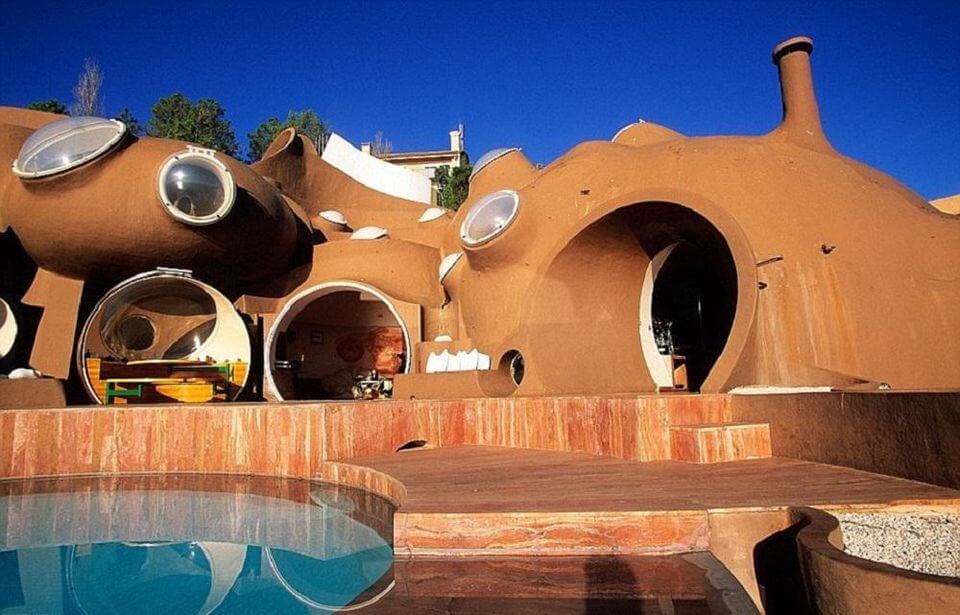 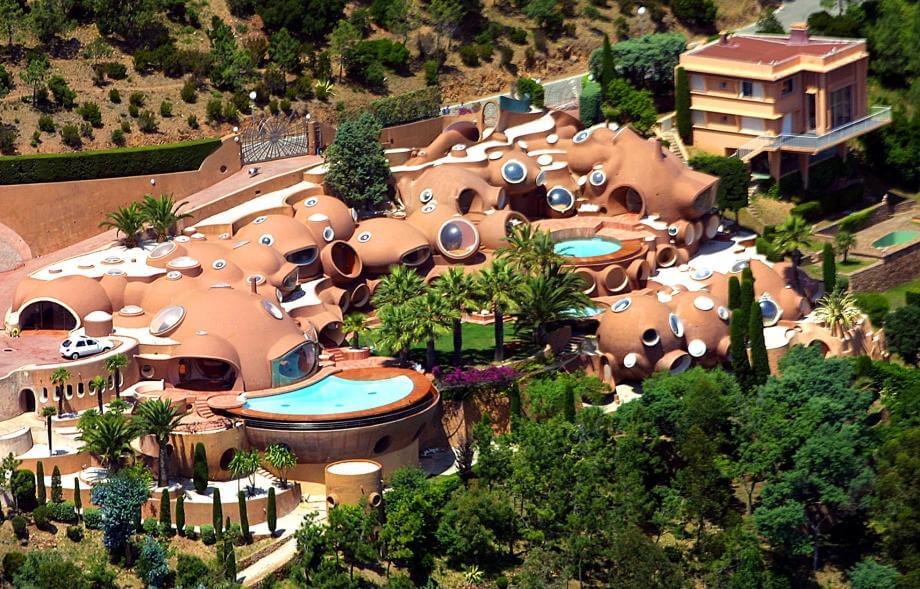 The house appears more like an Igloo with multiple windows and there are set of bubbles so to reach one room you would have to get out from one bubble walk a bit and then reach another bubble room. There are so many swimming pools has been made in the house which makes it for a perfect vacation pool party. The sizes of every room are different from each other. Coming inside the house, there is nothing too much in the house and that is the reason that the house proved to be perfect and there was no compromise with the elegance with the house at the same time. Everything inside was in a light pastel orange kind of a shade which looked so stunning and the use of different material has been seen for the purpose of construction of the bunch or rooms. Entirely there is no corner in the house as even the doors as well as the windows are in rounder shape which enhanced the overall look of the house.

These were everything that you need to know about the Bubble House and for more such information you can browse through Architecturesideas.

Everything About The Bubble House: The Then Palais Bulles was last modified: May 17th, 2022 by architectures ideas

7 Common Bathroom Design Mistakes That You Need to Avoid

Nobody wants their bathroom to look small, as it’s where you start and end your day. Undoubtedly, bathrooms are usually …