Tudor style first originated in the United States in the mid-19 century. Tudor style house movement was a revival of old English architecture which was present in the 16th Century. Due to their amazing architectural designs, these houses gained immediate popularity. They were sometimes called “Stockbroker Tudor” because only financially stable or wealthy people could afford them.

Do you want to know more about the history of Tudor architecture? If yes, keep on reading. Here, you’ll find all the information about the Tudor style.

What Is A Tudor Style?

Tudor style is an architecture style that has been used in past centuries. It was prevalent back during the medieval days, but nowadays, it seems to come back in the form of Tudor Revival. Some of the prominent elements of this style are- roofs, arched doors, and bay windows. 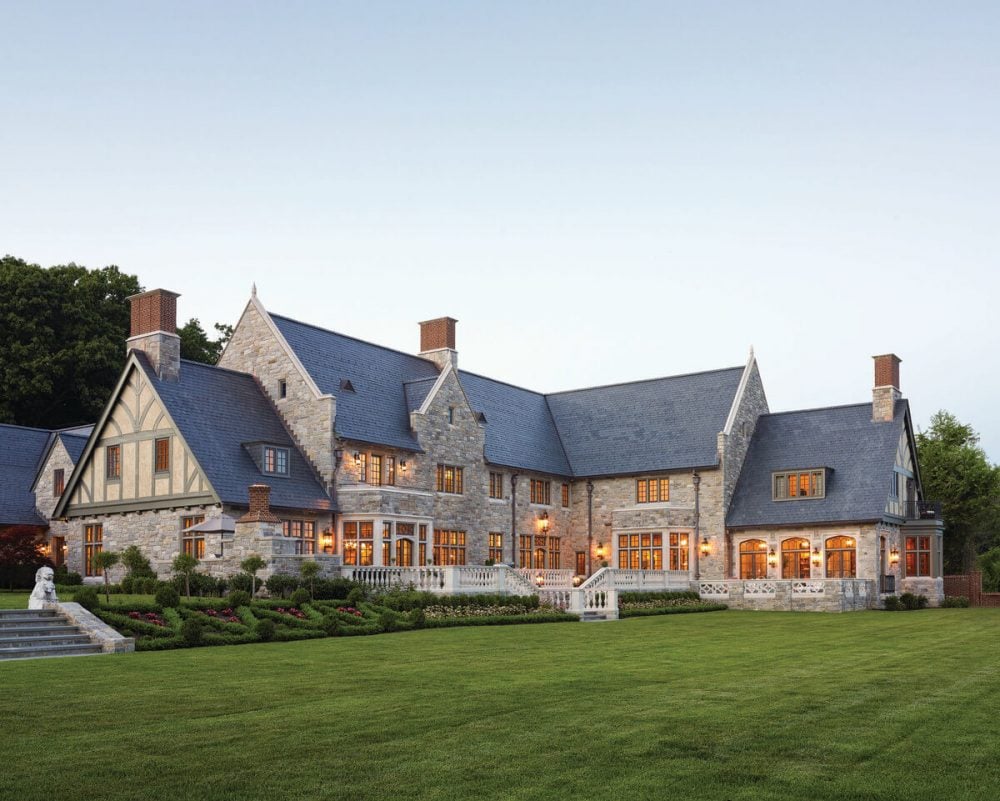 If you’re interested in remodeling or redecoration by adding modern elements following the Tudor style, then this article will definitely help you out.

How To Recognize The Tudor style?

You may also wonder, how would you recognize a Tudor house?

Well, to clear the air, here is the answer. There are some well-known factors and their distinct appearance through which anyone can quickly recognize a Tudor house. Tudor homes come in all sizes and have a storybook appearance. Tudor Style house decorations are expensive to build, so it is correct to say that only wealthy people can afford that.

All Tudor homes had some peculiar features. They were made from myriad materials and had solid masonry with elaborated forms. These qualities made them unique among all the neighboring houses.

Here are the seven key elements of this style: 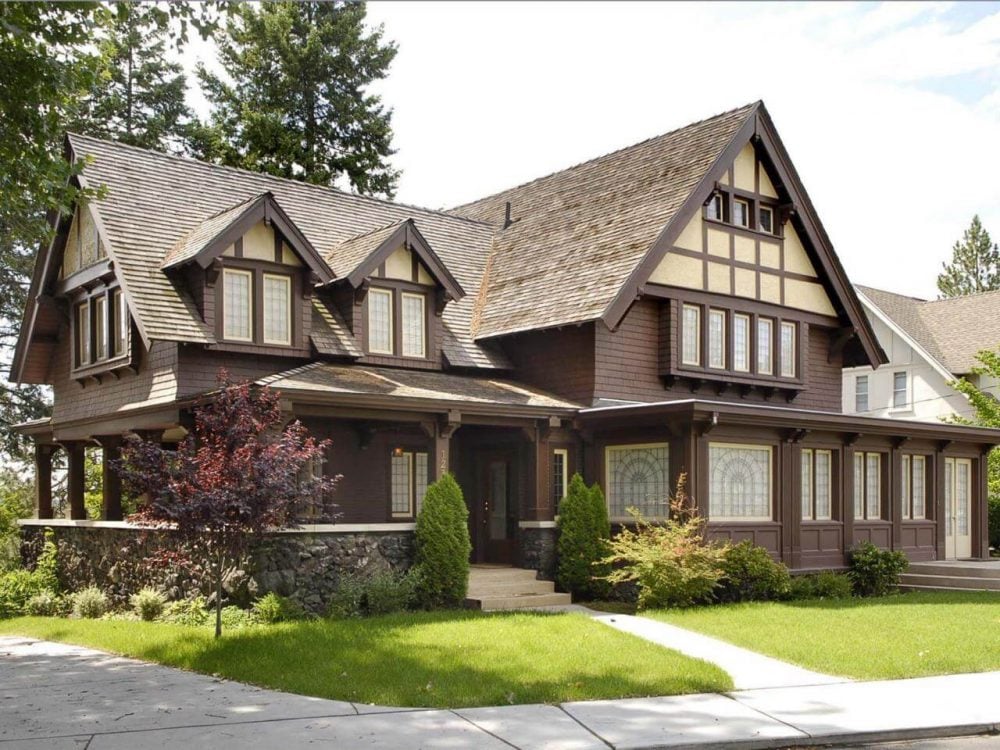 Tudor homes had a steeply pitched roof with multiple overlapping gables. To cover the triangular portion of the roof, they used front face gables. You’ll see the height variations in the ceiling of these stylish houses. 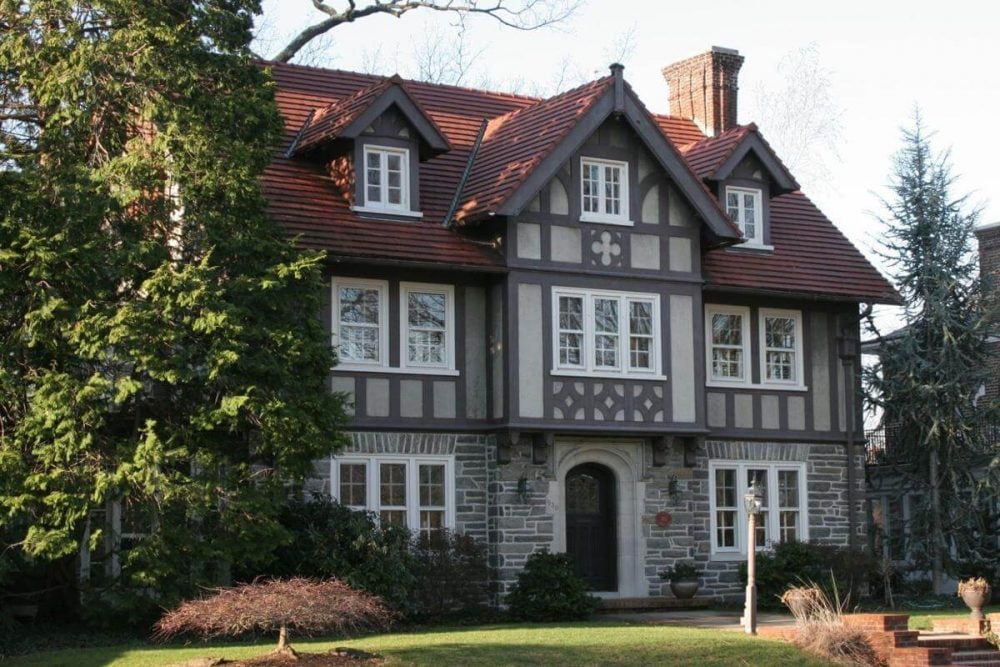 As we said before, Tudor houses are recognized by their extreme decorations like half-timbering. If you don’t know what timbering is – it is a frame of thin boards that are added to the outside cladding of the house. Earlier, they were used to support the house, but now they serve only as decoration. 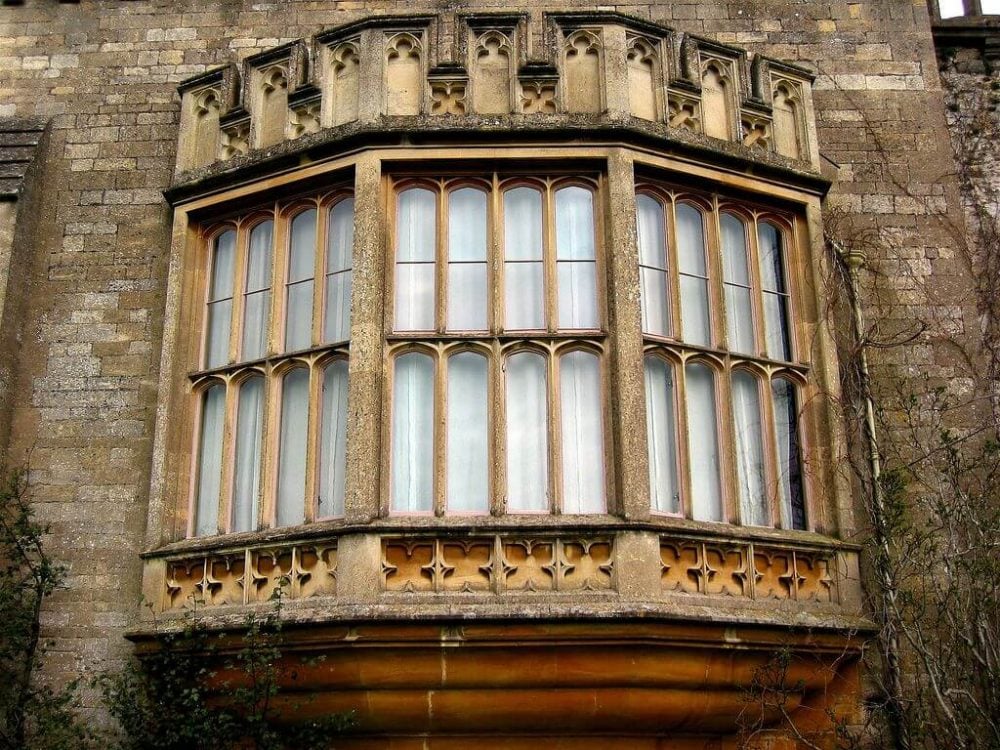 A window is another factor that is easily recognizable in Tudor homes. They are narrow, tall with multiple panes, and generally in groups of two, three, and four. You will see these windows in rectangular or even in diamond shapes. Tudor homes also have Oriel windows – which are floating windows, that are present in the first or second storey. They typically open outward to keep house airy and fresh. 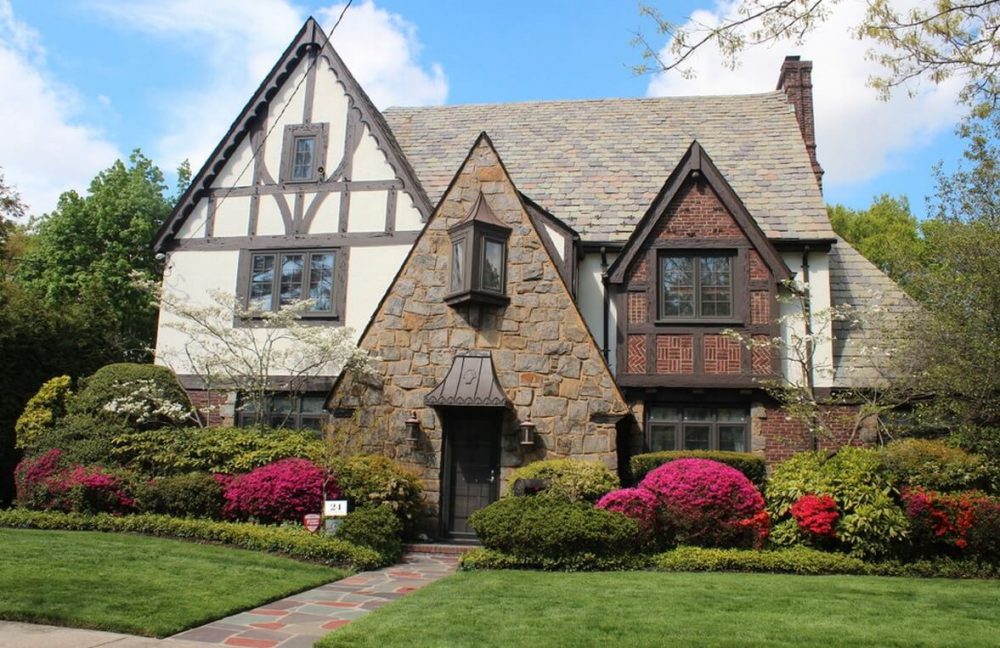 All Tudor houses have elegant but protective entryways against the harsh weather. They have one common entrance door like any other architecture style. They usually have beautiful embellishments on them. The round arch on the top and bordered by contrasting stones makes them stand out. 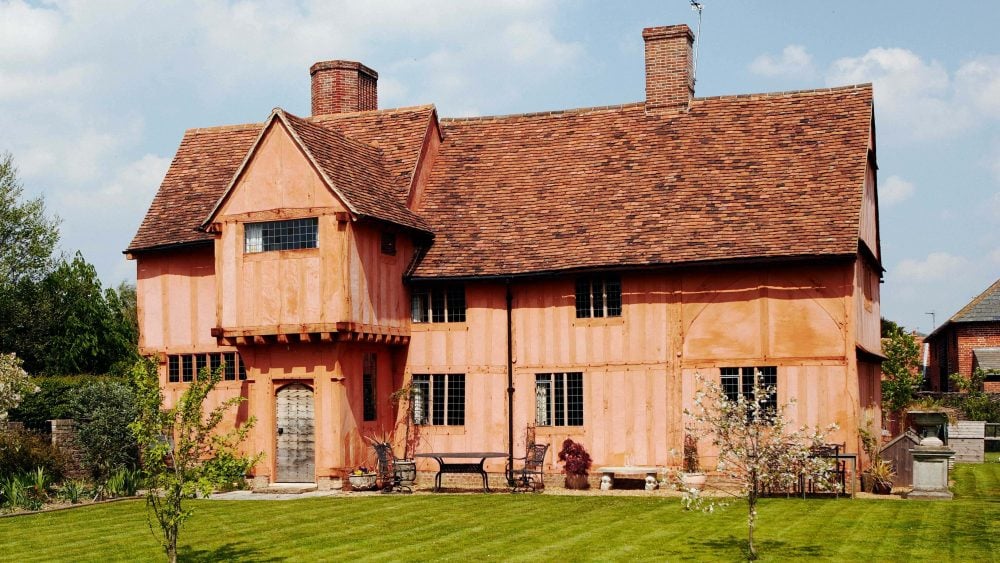 How can we forget about Tudor chimneys? They are another notable element in the Tudor style architecture. The base of the chimney is made out of bricks, but the top is decorated with stones and metal extensions.

Let’s talk about the interior and exterior of the house: 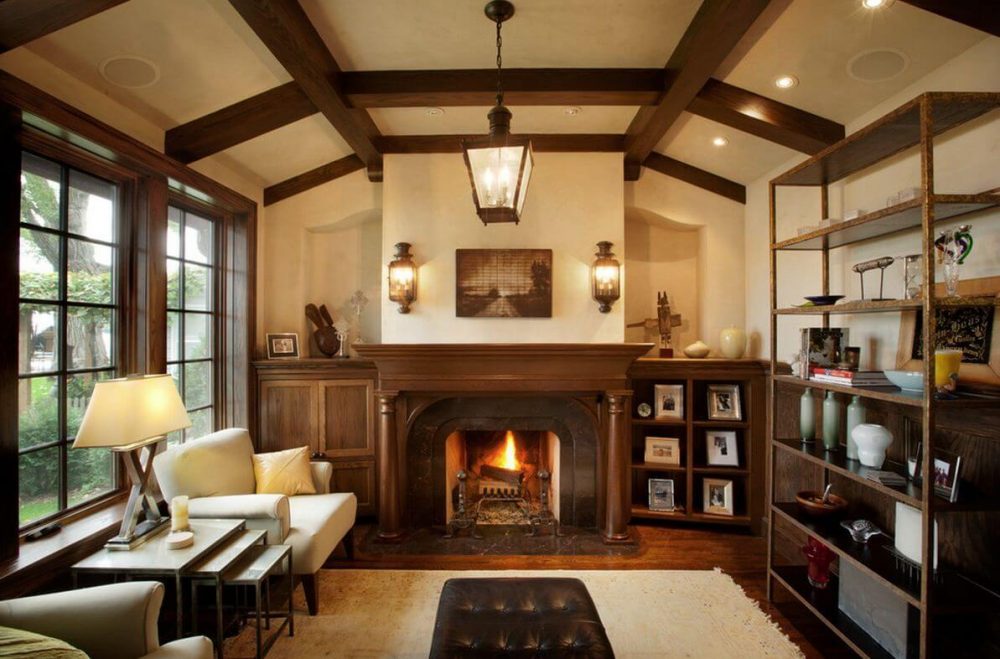 Tudor homes were designed in such a way that the whole interior complimented the exterior of the house. The asymmetry of the front façade was totally enhanced the beautiful detailed interior designs. Interiors were often accented in dark woods from ceiling beams to wall paneling. And interior features richly wood-paneled walls and decorated ceilings. Molded plaster was used to decorate ceilings, walls, and cornices. 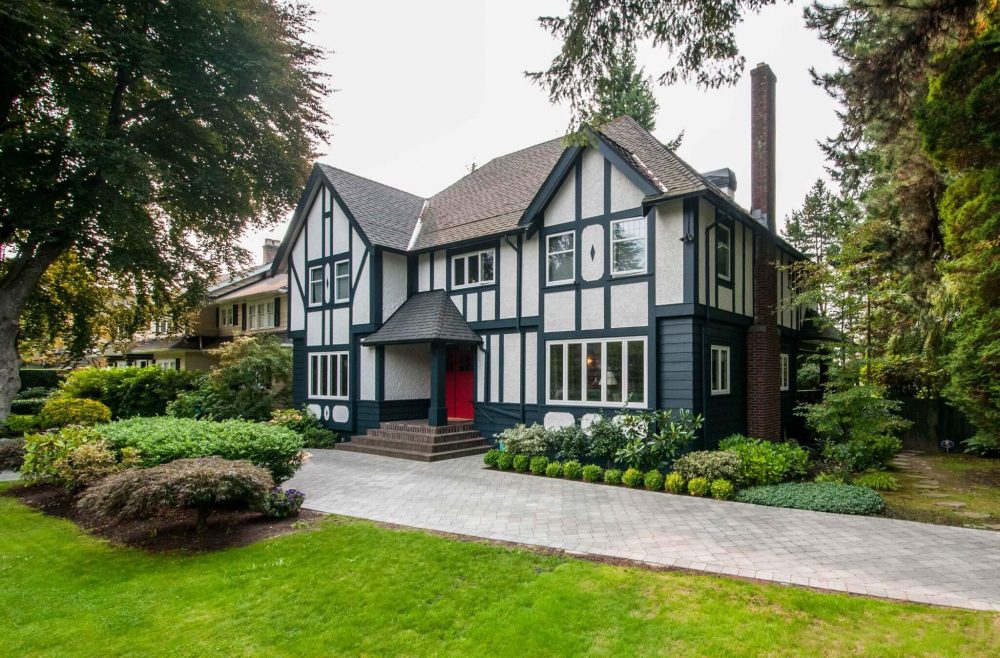 The main characteristics of the Tudor architecture include – lavish use of half-timber work, a large number of bay or oriel windows, complex roof with gables, and stone decorations. They have interesting chimney designs with brickwork. The exterior was mostly made from solid bricks, and the gaps between the bricks are filled with Stucco or stones.

Here we have listed some remarkable Tudor style buildings around the world: 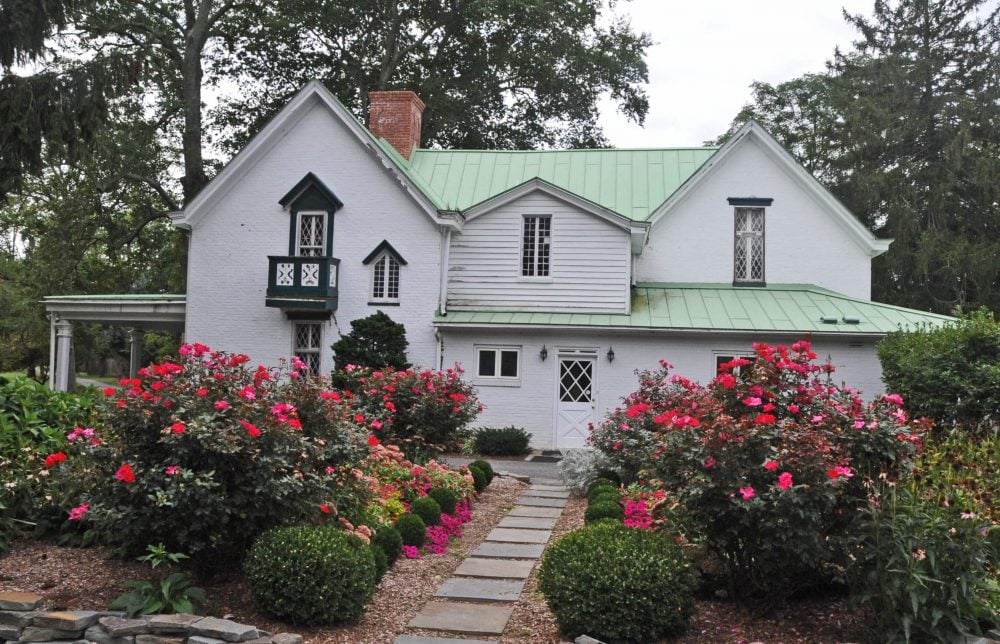 This house has characteristics that accurately defines Tudor architecture. Dormers, decorated chimneys, wide vergeboards, and stone porte-cochere are the main features of this house. 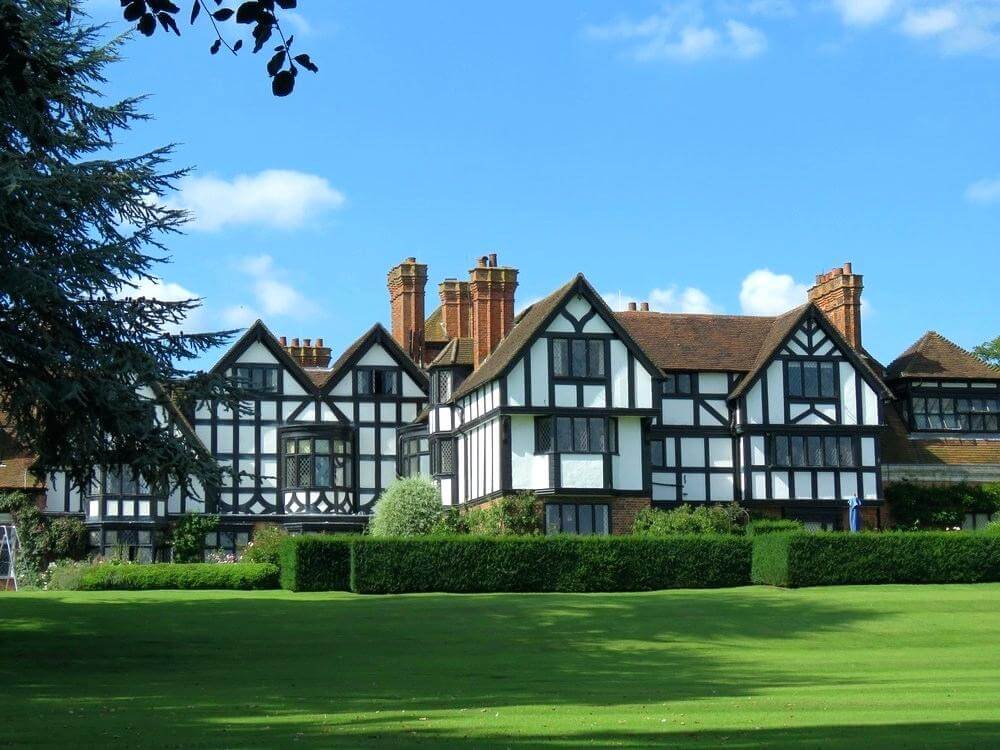 Ascott House is located in Buckinghamshire, England. James, I built this beautiful house in the 19th century. It is the perfect example of Tudor style or English country house. The current owner of this house is the Rothschild family, and now it is even open to the public. 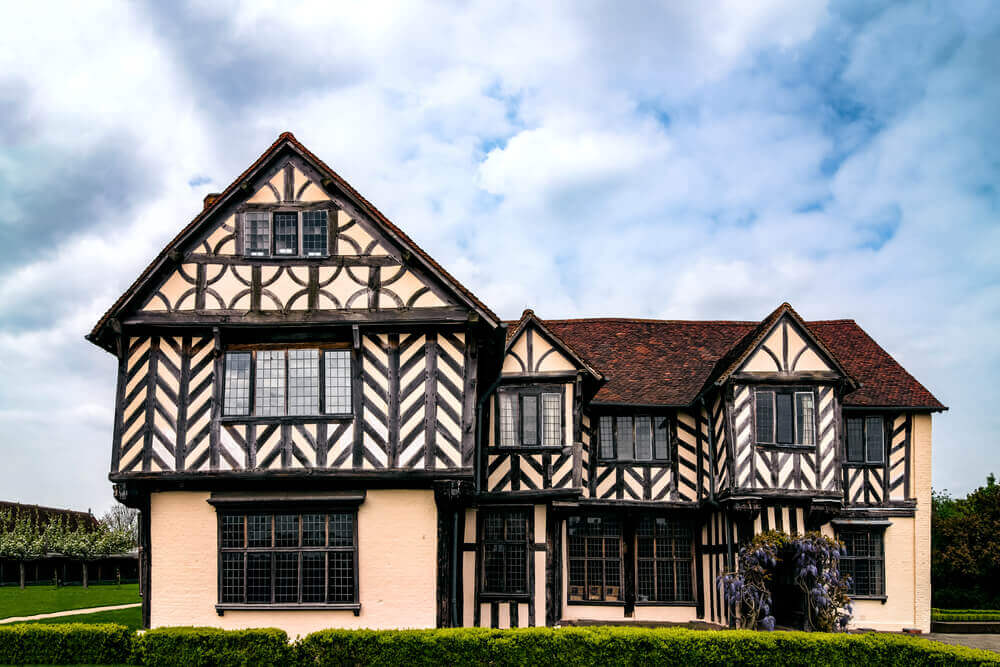 Blakesley Hall situated at Yardley, Birmingham, England, which was built around the 16th century. Richard Smalbroke built this house as a residential property, but after so many changes, it is now a museum. So, if you want to see more closely the elements and designs of Tudor style, then definitely visit this place.

This pretty house is situated in Pahang, Malaysia. It is one of the best models of the Tudor revival architecture style. It was constructed in the 20th century. Colonel Stanley J. Foster built the Lake House. It is currently serving as a hotel, so next time you visit Malaysia, don’t forget to put this place on your vacay-list.

Tudor styles are hard to achieve, but after completion, they look extraordinary. So, If you’re looking to add a few interior style decorations to your home, here are a few ideas:

Things To Keep In Mind

Tudor style homes are expensive to build, and you can not replicate the designs. Another drawback of this style is that they need high maintenance.

Who says you can’t go for a Tudor style at this time? Tudor style may have originated in 19 century, but still, it is one of the most famous architectural styles preferred by architects. You’ll find the pure luxury with comfort in Tudor homes. So don’t think much. If your budget allows you, it is the right time to go for a Tudor style home design. To know more about this type of architecture visit Architecturesideas.

Everything You Should Know About Tudor Style House was last modified: December 28th, 2022 by architectures ideas