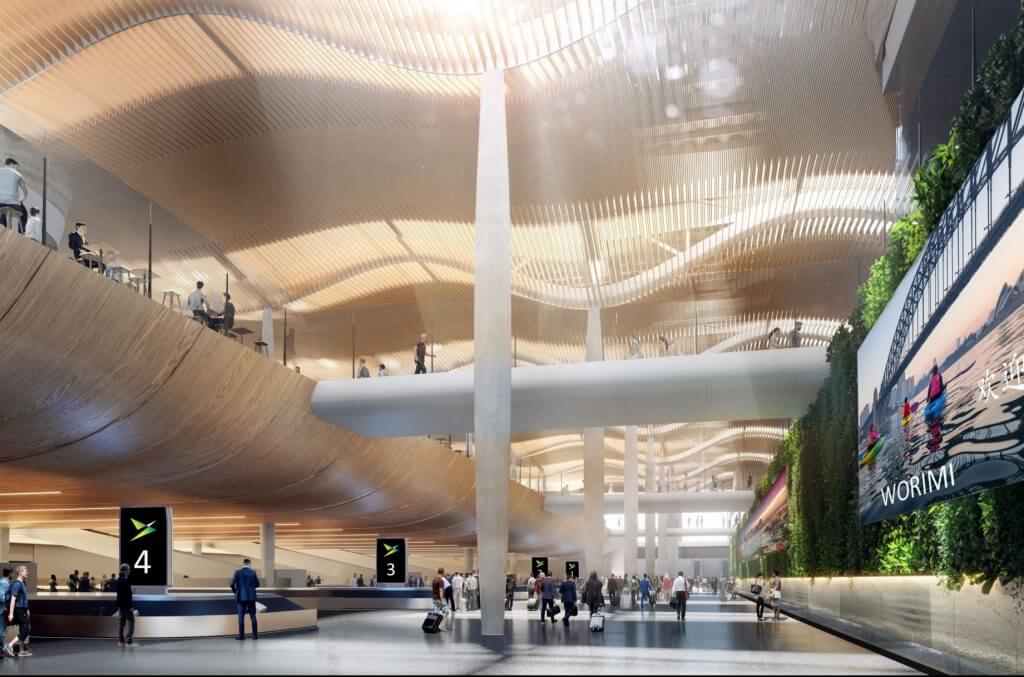 Western Sydney International (Nancy-Bird Walton) Airport is titled after a famous aviatrix. Situated at the rural site- Western Parkland City, Australia, and its construction are spread over the 1780 Hectare area. It is the second airport in the city, which acts as a vital catalyst for the growth of the Badgerys Creek site. The airport gracefully reflects its natural landscapes and cultural heritage of the natives. 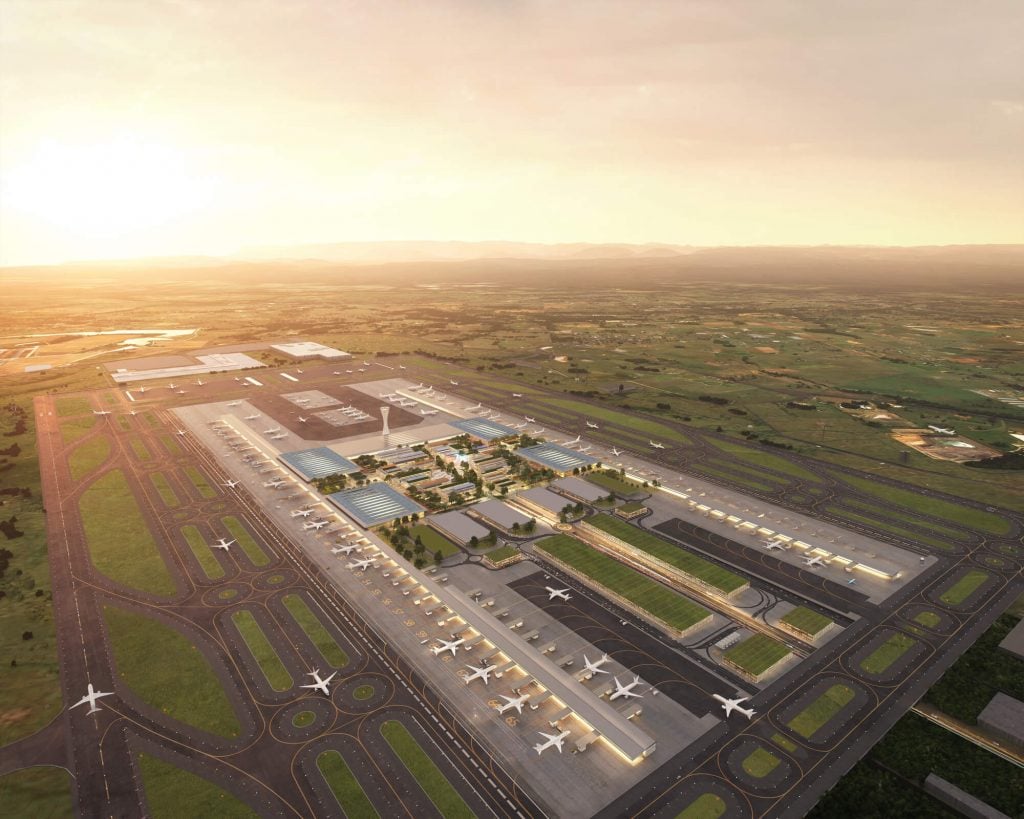 The airport will be built in four stages, and the primary stage is estimated to complete in 2026 with a 10 MAP (Million Annual Passengers). And another mind baffling thing is that it will further be increased to 82 MAP, which makes it the largest international gateway to Australia.

Zaha Hadid Architects and Cox Architecture were appointed as the Master architect for this project. We already know that both are known for their exceptional work in the field of architecture. 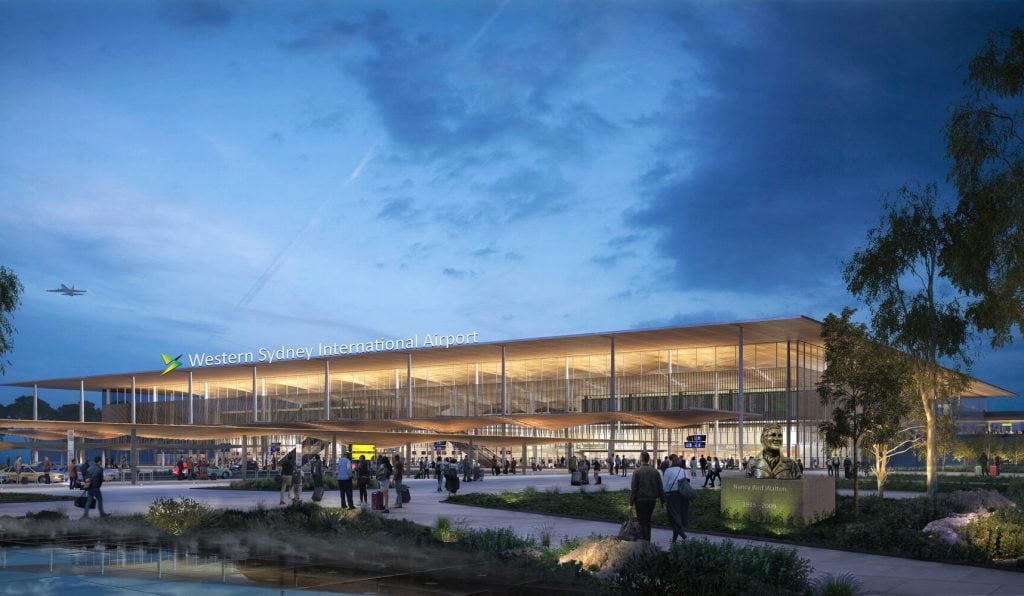 “We are honored to have been selected for this amazing project. The design is an evolution of Australian architecture past, present, and future,” said Cristiano Ceccato, project director at Zaha Hadid Architects. 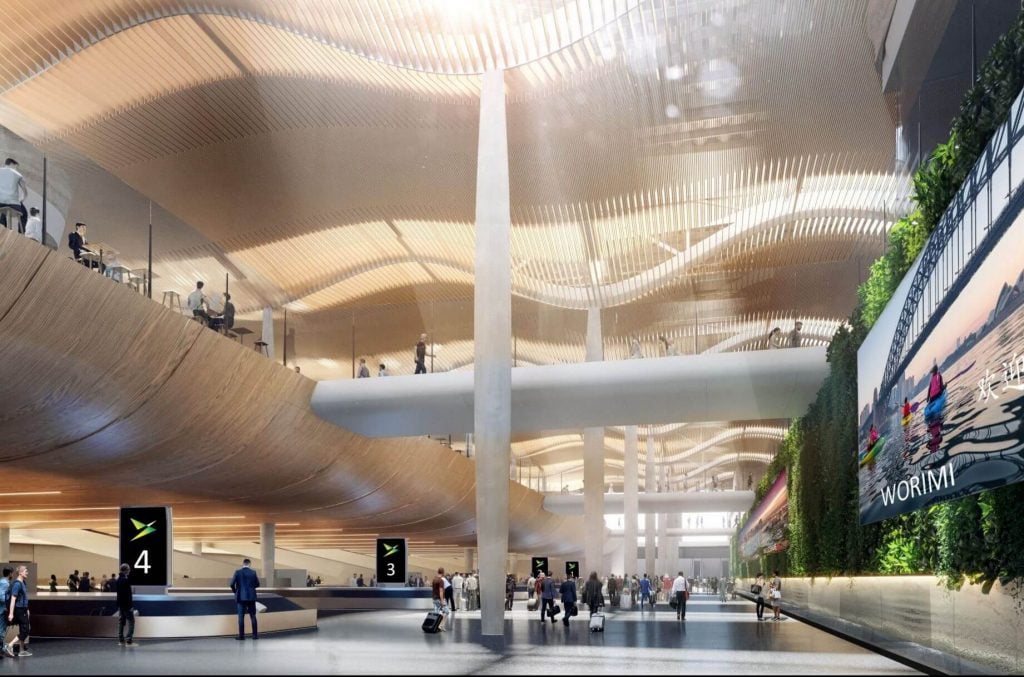 Zaha Hadid is the first woman to win the RIBA Gold medal. There are numerous spectacular buildings around the world, which shows the immense and extra-ordinary work of her. And to bring this project onto another level, she collaborated with Cox Architecture, which is one of the most significant architectural practices in Australia. They expertise in projects like exhibitions, museums, hotels, and residential and commercial developments. You already have seen their works such as Sydney Football Stadium and AAMI Park.

The architects (i.e. ZHA and COX Architecture) designed the whole structure with overarching designs with the thoughts of future expansion. The entire airport has a theme of “Sustainable design”. They extensively wanted to use daylight and natural ventilation with water recycling.  In short, they want to create a modular and energy-efficient design structure. 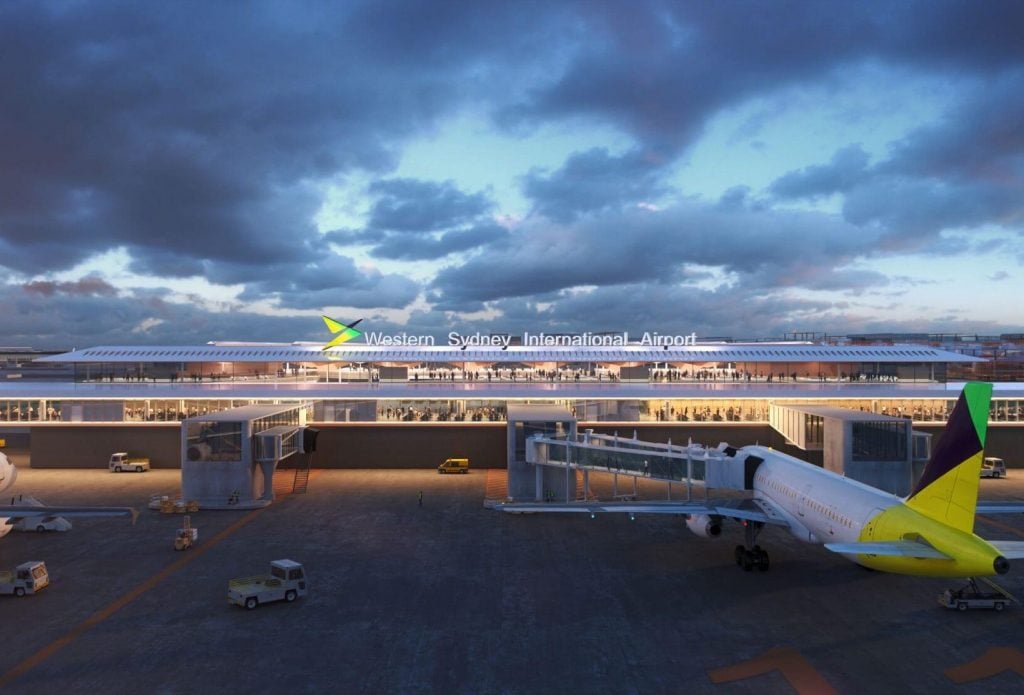 The COX Director, David Holm, says “The design takes inspiration from the unique local flora of Western Sydney and its unique natural qualities, such as the Great Australian Light. These spaces, colors, and materials have been incorporated into the design to give the project an unmistakable regional identity.” 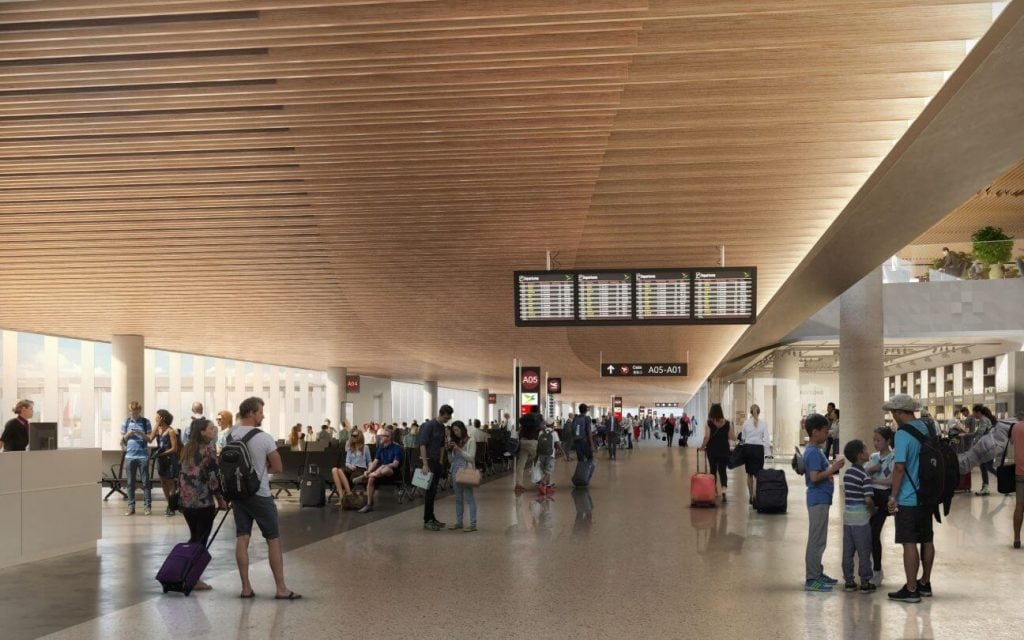 After seeing Western Sydney International Airport, you can believe that “Anything is possible” in terms of architecture, no matter how big or small the structure is. Here, Architects wanted to give a “ Seamless Travel Experience” to travelers. So, they created this futuristic structure by taking the hands of nature.

For more information about the electrifying creations of the architectures, visit Architecturesideas.