As of the end of 2018, the city of Birmingham has the lowest recycling rate in the West Midlands. It’s at 21%, based on household waste recycling. The only other local authorities with a lower rate are Barrow-in-Furness Borough Council in the North West (20%) and Newham in London (14%). Birmingham is tied with the Council of the Isles of Scilly in the South West. 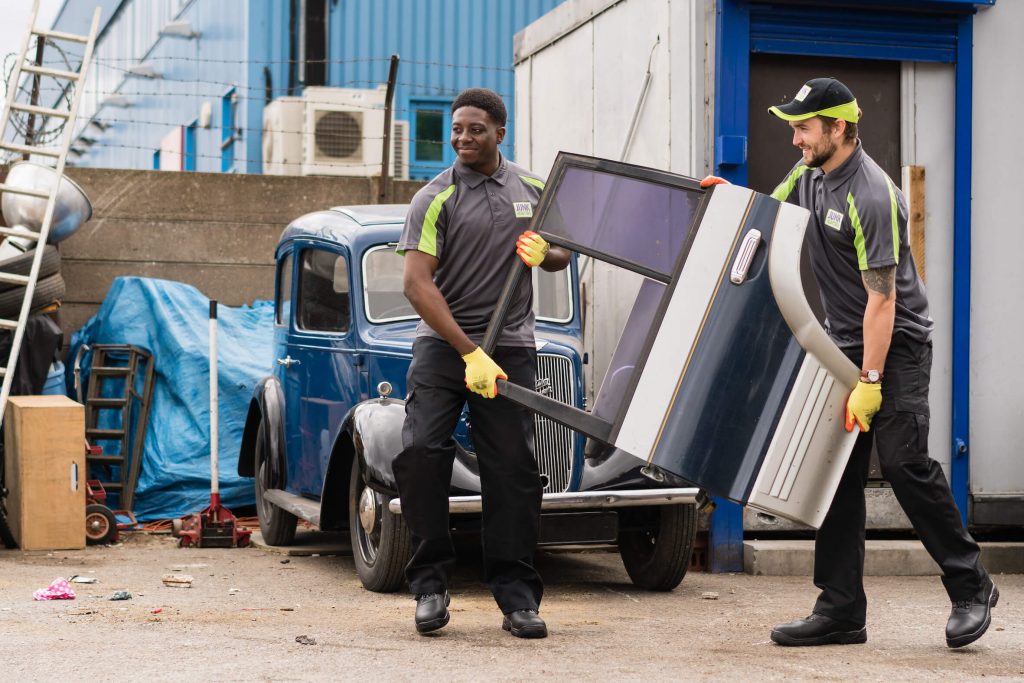 The city was down 3.7 percentage points from the 2016/17 period. The 2017/18 rate of 21% is the lowest rate the area has scored since the Department for Environment starting taking these statistics in 2011. Although this decrease can be attributed to the industrial action in the summer of 2017, Birmingham has had consistently low recycling rates in the last few years compared to other cities across the UK. At Junk Hunters, our goal is to increase the recycling rate for the area with our professional Birmingham waste collection services. You can prefer the grab hire services for professional delivery and material removal service.

Also Read: How To Dispose Of Construction Waste

In the summer of 2017, bin workers in Birmingham went on strike over job losses and changes that had been proposed by the Birmingham City Council. Union officials said that a restructuring of the service would lead to 120 staff being laid off. The Council pointed to funding cuts from 2011 to 2017 which reduced the waste management budget by £6m. It also expressed concerns over productivity levels, which were lower compared to other local authorities in the country.

The strike lasted 3 months, ending in late September 2017. The work stoppages resulted in tonnes of waste lining the streets of Birmingham, which drew national and international attention. The Council has said that the dispute cost over £6m.

Tonnes of Batteries Are Sitting in Landfills

Over 20,000 tonnes of batteries are sent to landfills in the UK per year. Batteries consume 50 times more energy to make than the energy they provide. Only about 1000 batteries purchased per year are recycled and every person in the UK uses about 10 batteries per year. The EU issued a Battery Directive in 2006 stipulating battery recycling and collection. Since then, the number of used batteries collected relative to the number on the market has increased. 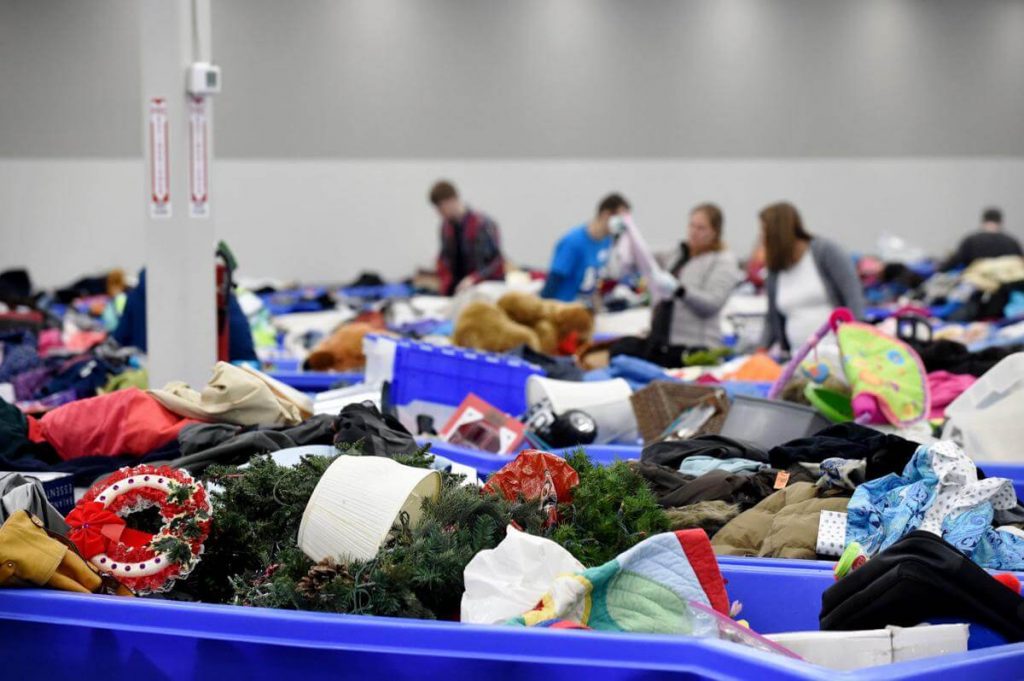 There are battery recycling companies in Birmingham that are certified to dispose of your used batteries. When you rely on Junk Hunters for your rubbish removal needs, we can ensure that your batteries are disposed of properly and recycled when possible.

Food Waste is Almost Half of Birmingham Rubbish

On average, 48% of rubbish in a bin in Birmingham contains food waste. In the UK, 30.8% of all food purchased is thrown away. Food waste is a major problem nationally and internationally. Many households in Birmingham don’t have a waste reduction plan. This could be anything from avoiding disposable items like plastic water bottles to planning a weekly meal plan to avoid buying and then tossing food.

What are some other paper recycling facts? It takes about 5 liters of water to create one sheet of A4 paper. Recycling paper consumes 70% less energy than producing it. The average British family throws away 6 trees per year in paper products. 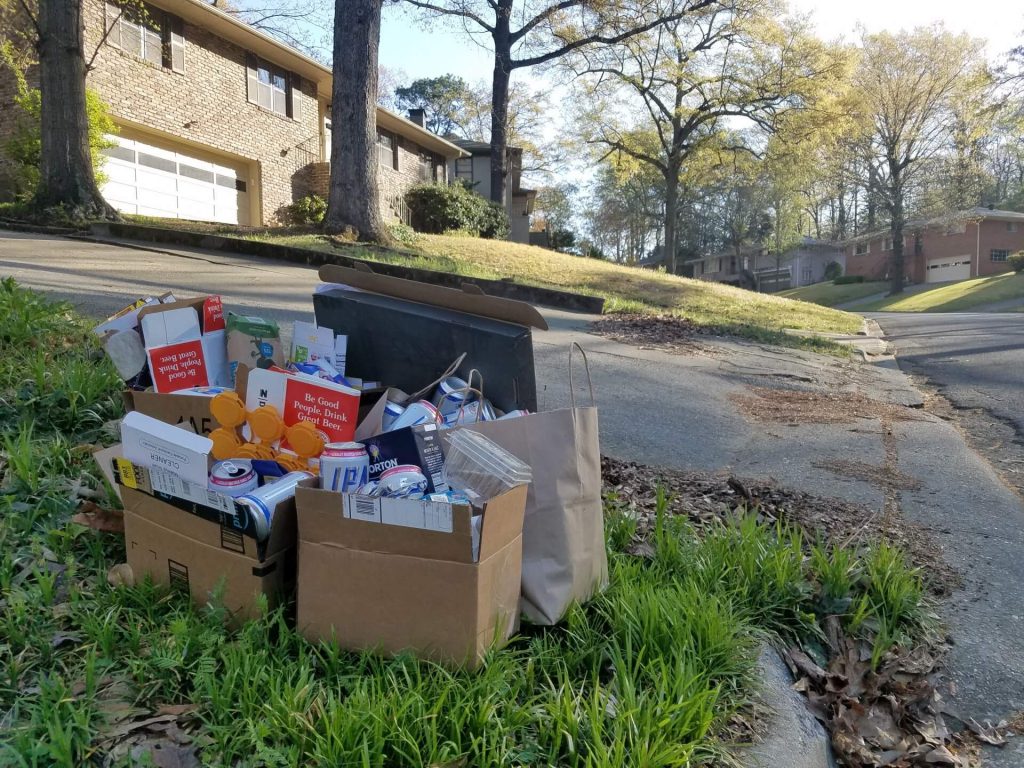 Hopefully, these 5 facts about waste disposal in Birmingham gave you a clearer picture of rubbish collection. At Junk Hunters, we have experience dealing with unwanted rubbish and we do so at the highest environmental standards. Give us a call today to see why we’re a top rubbish collection agency in Birmingham and what we can do for you.

Harsha Rathnayake is the CEO of Junk Hunters. Junk Hunters started in 2009 and now has an annual turnover of over £2million. Harsha has experienced growing teams from the ground up and is now utilizing this knowledge to create successful franchises.

Summertime is perfect for relaxing on your deck with a cold drink and some good friends. Check out these six …

5 Ways to Start a Permaculture Garden for Sustainability