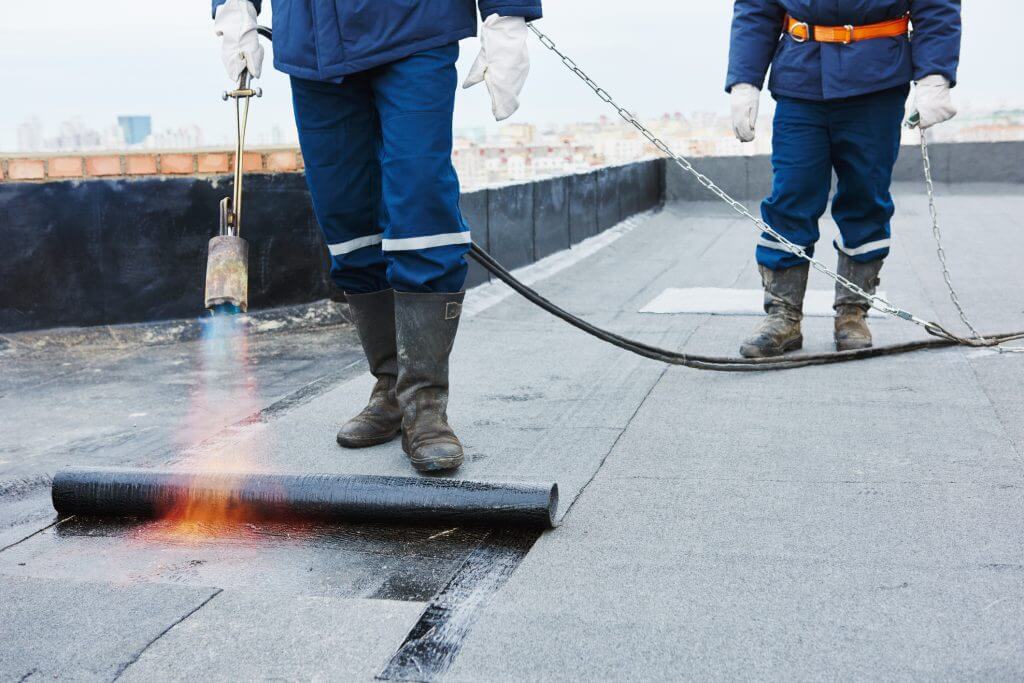 Bur or built up roofs that are often referred to as tar and gravel roofs are used in the United States for more than 100 years. The tar or the coal pitch is often melted and made liquid and then spread on the roof by the workers. 2-4 pile layers are mopped into place with the tar. The tar is protected against the damaging effects of the UV rays of the sun with the help of the small stones or gravels. Strandek says that if you want to check whether you have a built up roof or not, you can do it by looking if it contains tar and gravel. The small gravel is there in the tar stuck up there. 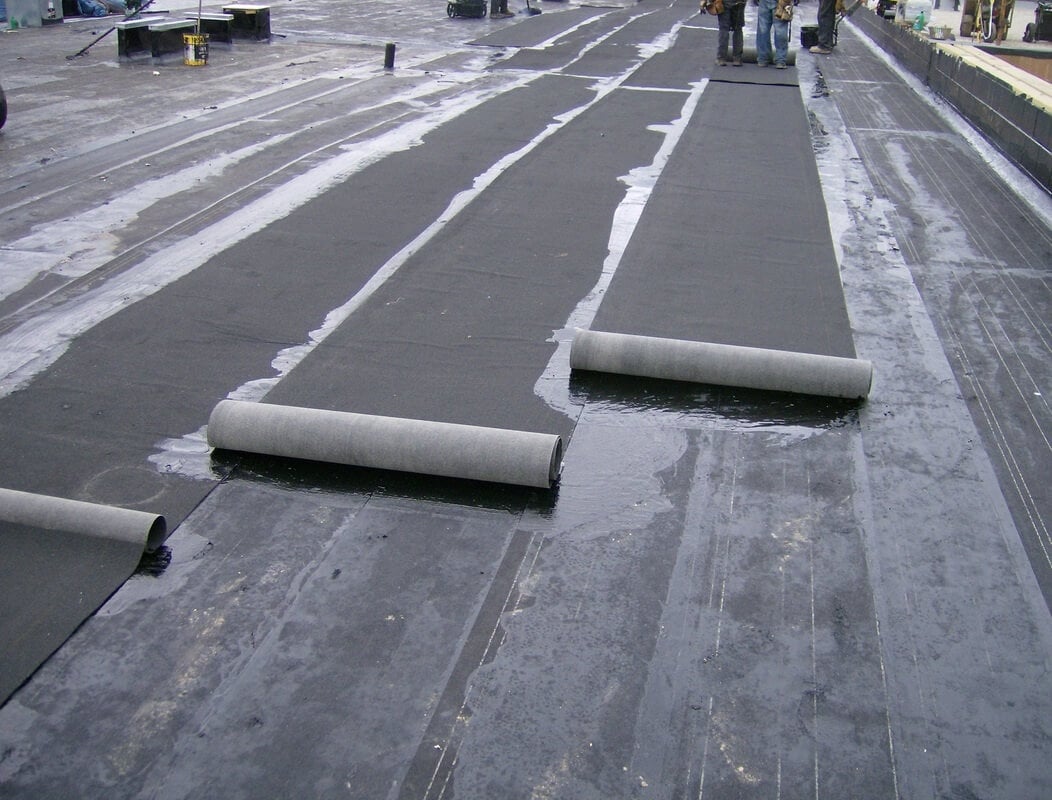 This roofing is similar to the built up roofing. It is made up of asphalt rolls that are three foot wide usually. The modified bitumen roof is made up of two layers, one which contains the cap sheet and a base sheet. There are three ways for installing the modified bitumen. One is by applying hot tar. The second one is using the cold solvent based adhesive. The third one is by torching down with an open flame that will help to melt two sheets together. If there are seams in the roof at the distance of three foot then you have a modified bitumen roofing. 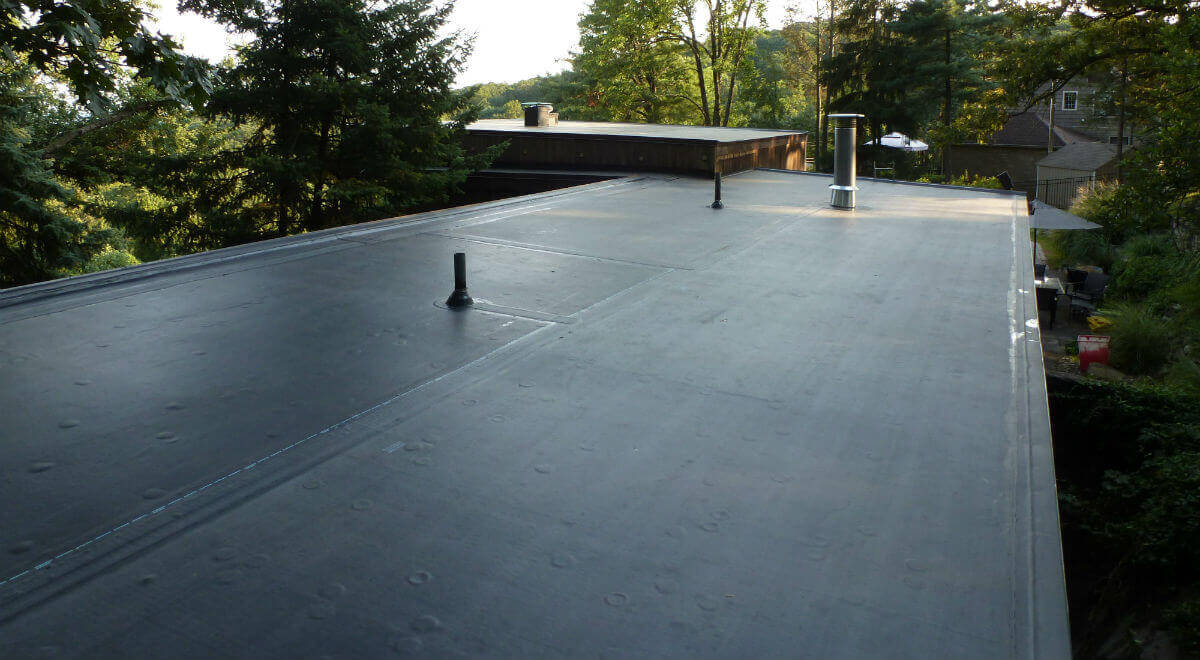 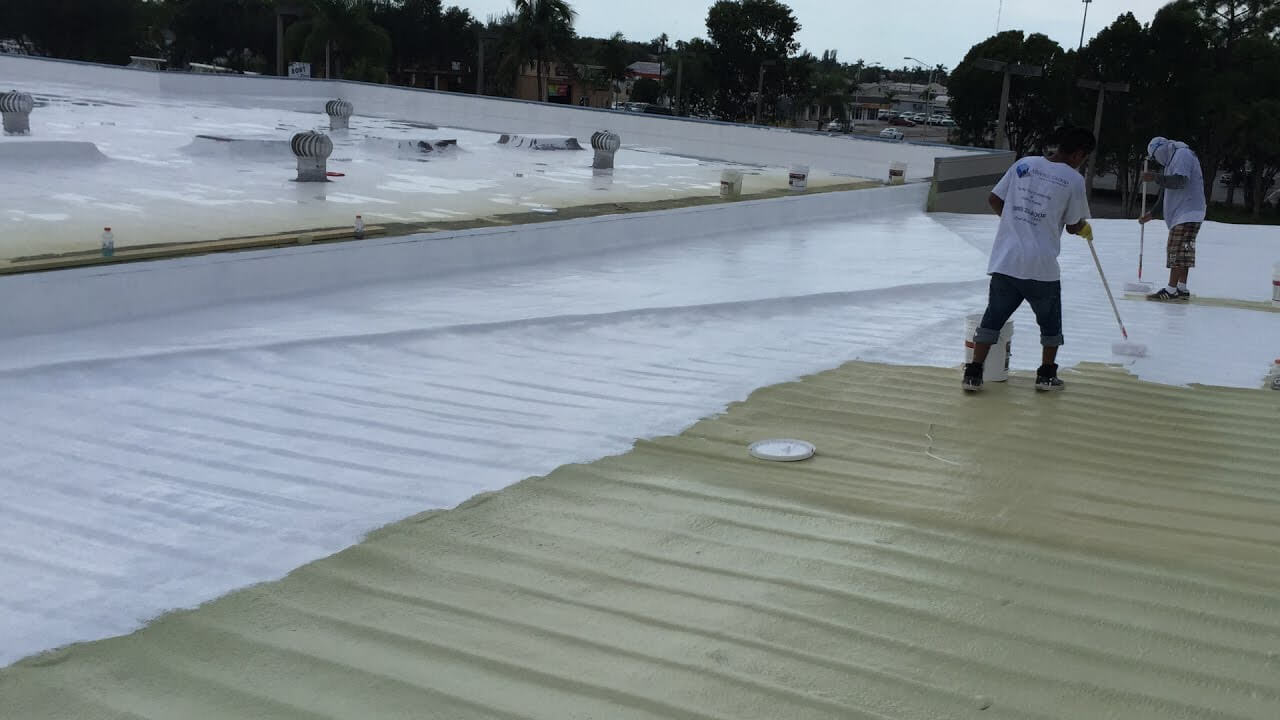 There is a layer of high-density polyurethane foam that is sprayed over the spray foam roof with the help of a sprayer or a wand. Some type of waterproofing elastomeric top coat is used to coat the foam. The top coat is white in color or has reflective grey color. The polyurethane foam will get exposed by the degraded top coat and hence it is easy to identify the spray foam roof. It is also easy to identify this roof from the spray pattern that has been used during installation. 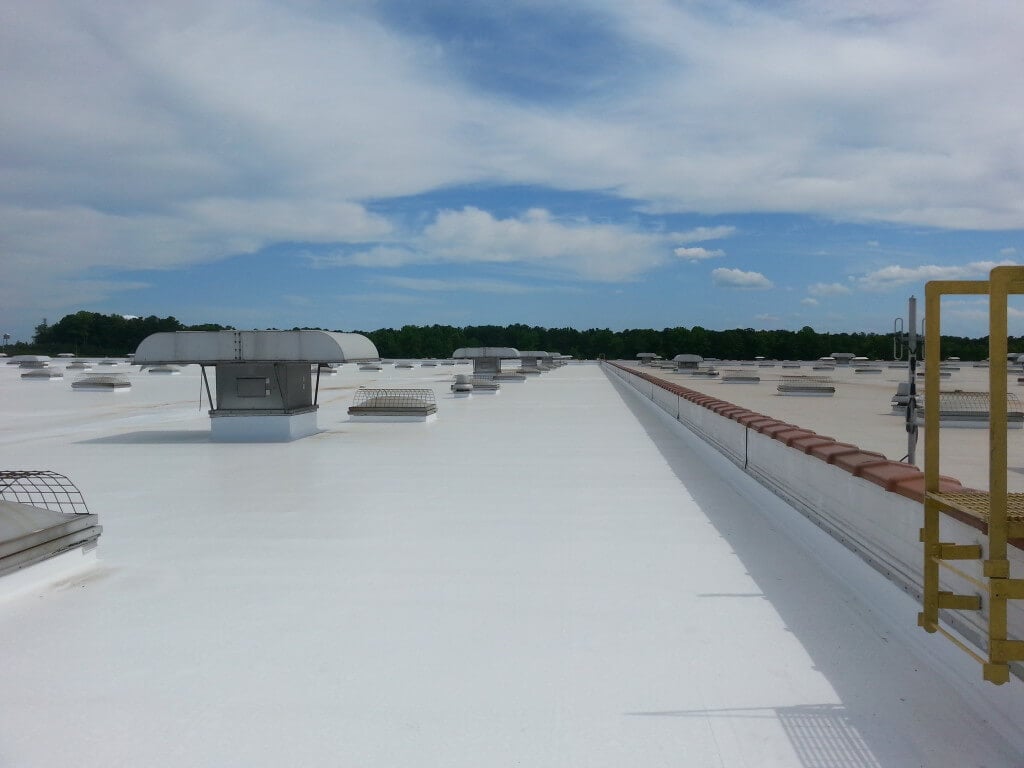 The thermoplastic roofing membranes are white or grey in color and have a single layer of material. These membranes can be attached mechanically with the screws and plates or even adhered similarly to the EPDM rubber roof. It is hard to distinguish between the TPO and PVC membranes from a distance but they will be mostly in light colors such as white or grey. These membranes have tight look over building and they look like white rubber roofing so it is easy to recognize them. According to Strandek, roof inspection is important and these are the most common flat roofing systems that you will find in Indiana and other places of the world.

Thus, these were the top 5 commonly used flat roofing systems used everywhere around the world. Select the best one according to your use!

Ideas For Using Natural Stone In The Bathroom

Ever since we can remember, people have had a fixed idea of wealth. Natural stone such as marble and other …

How To Use A Track Saw

Benefits of a Design Build

25+ Modern And Latest House Railing Design For Balcony In 2020!!

Tips On Repairing Carpet Holes And Sealing The Edges

Carpets are one of the major investments at home. It goes without saying they are...