Statues are a common thing in the entire world which actually dignifies the status of specific places. There are hard works of many people involved behind the making of any statue and it also needs many days, months or even years to build or construct one single statue. Statues are actually judged on the basis of a few things such as beauty and the main thing is the height. So here are some of the tallest statues in the world that you need to check out:

1) The Statue Of Unity 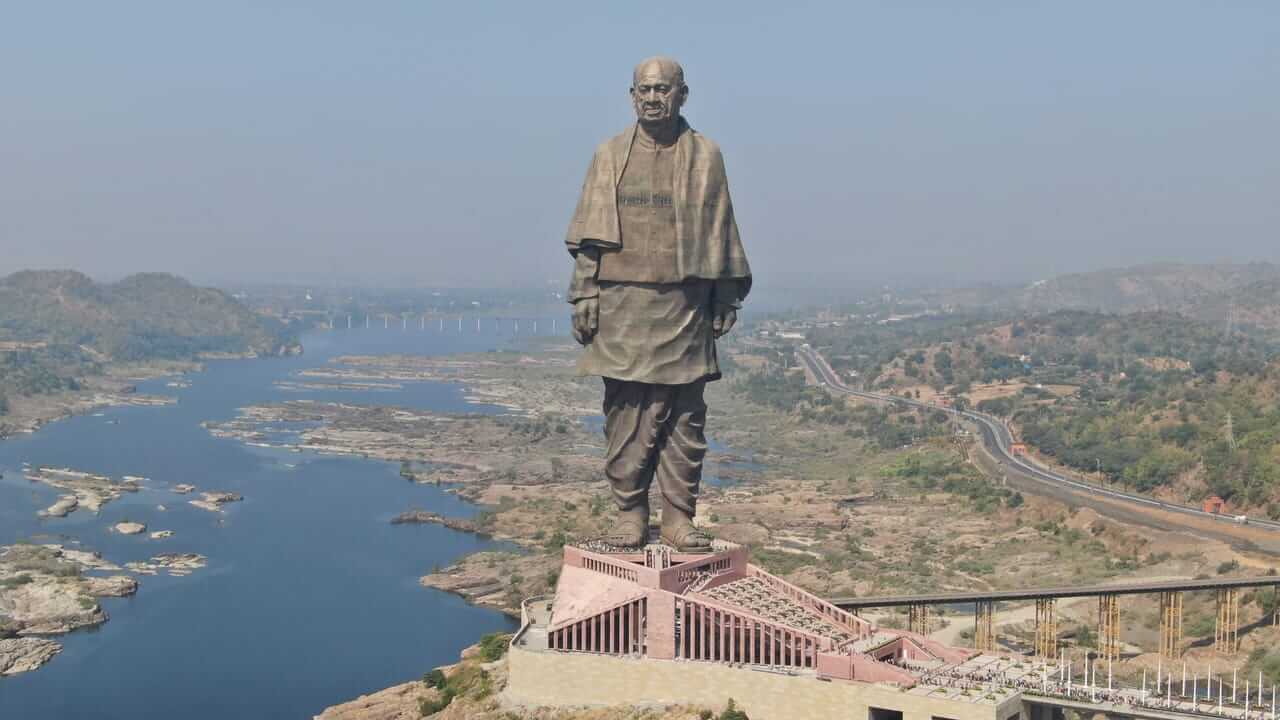 The statue of unity is the tallest statue in the world which was recently made. The statue has portrayed the picture of Sardar Vallabhbhai Patel who was known among people for his thought of unity. The statue is made on the Narmada Dam which is in Ahmadabad the capital city of a major state Gujarat in India. The statue is 182 meters tall which means it is 597 feet which are very huge. The statue was constructed in 13th October 2018 but was inaugurated a few days later on 31st Oct 2018. 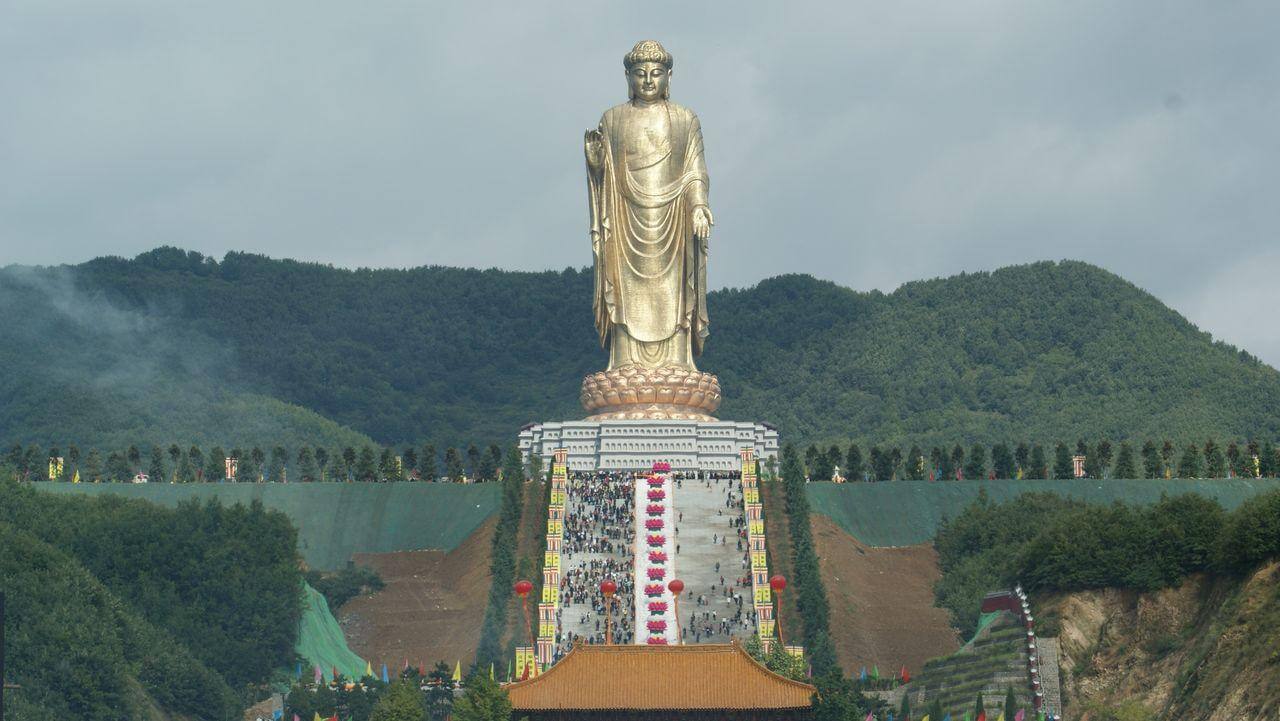 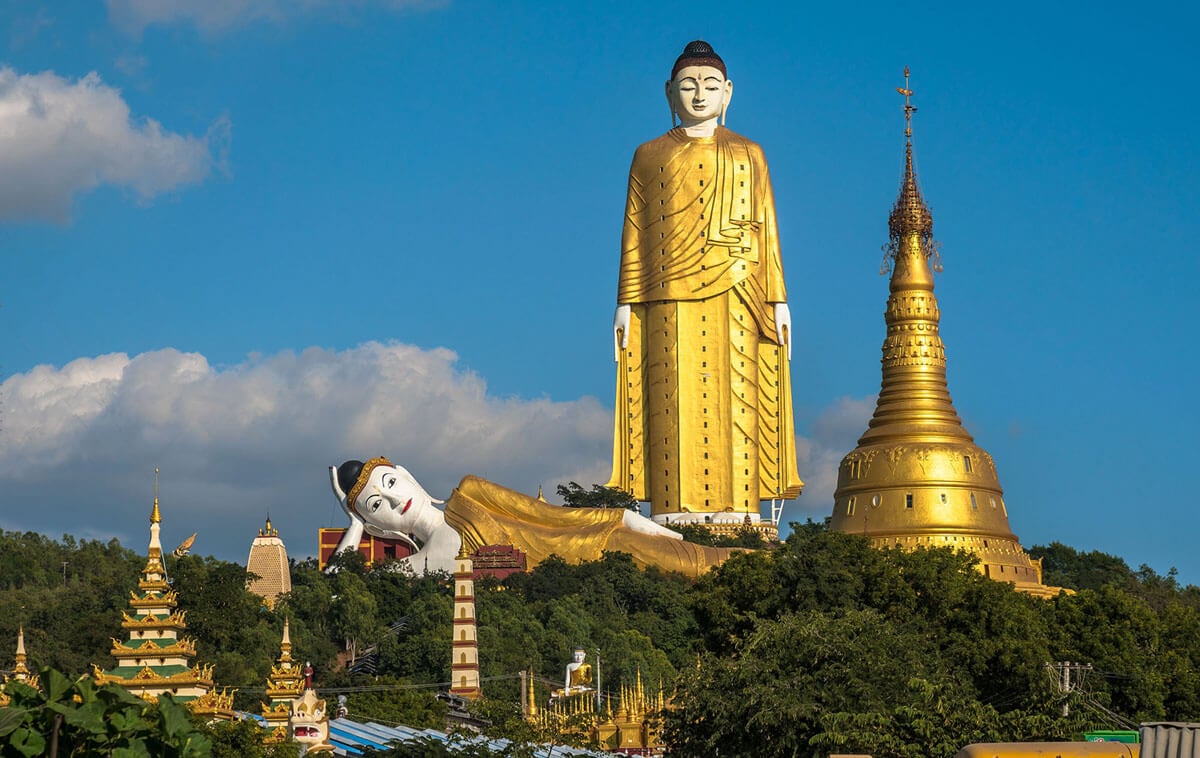 The third tallest statue of the world is situated at Myanmar and the beauty of the statue is something that would mesmerize every eye. This bright tall Buddha temple which is almost covered in bright golden color and the statue itself looks so peaceful and it is because of the statue that the place Khatakan Taung in Myanmar is one of the most tourists visited the place. the statue is surrounded by small Buddha temples where people make a visit as well and at the center, the statue stands 115.8 meters tall. 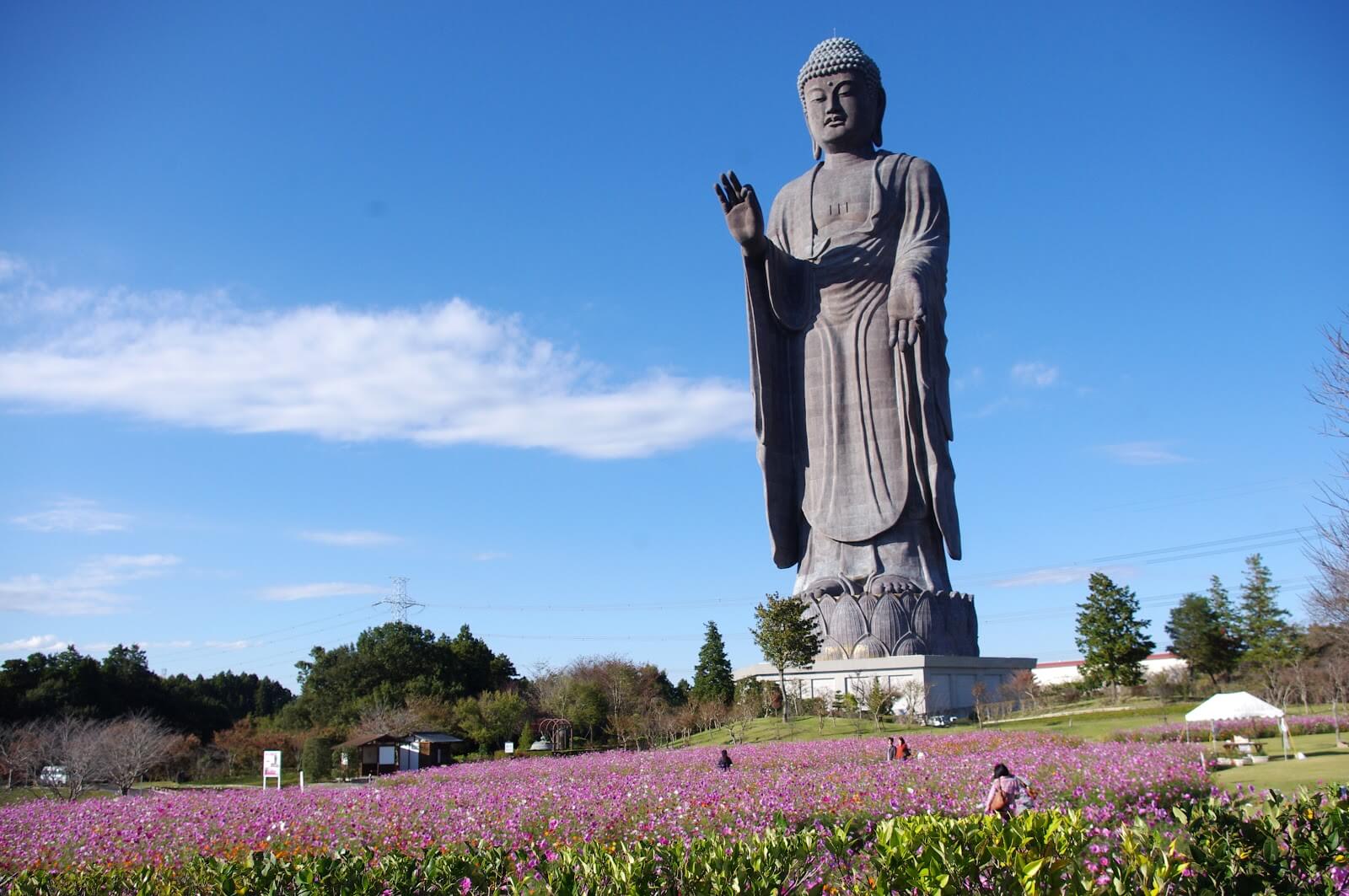 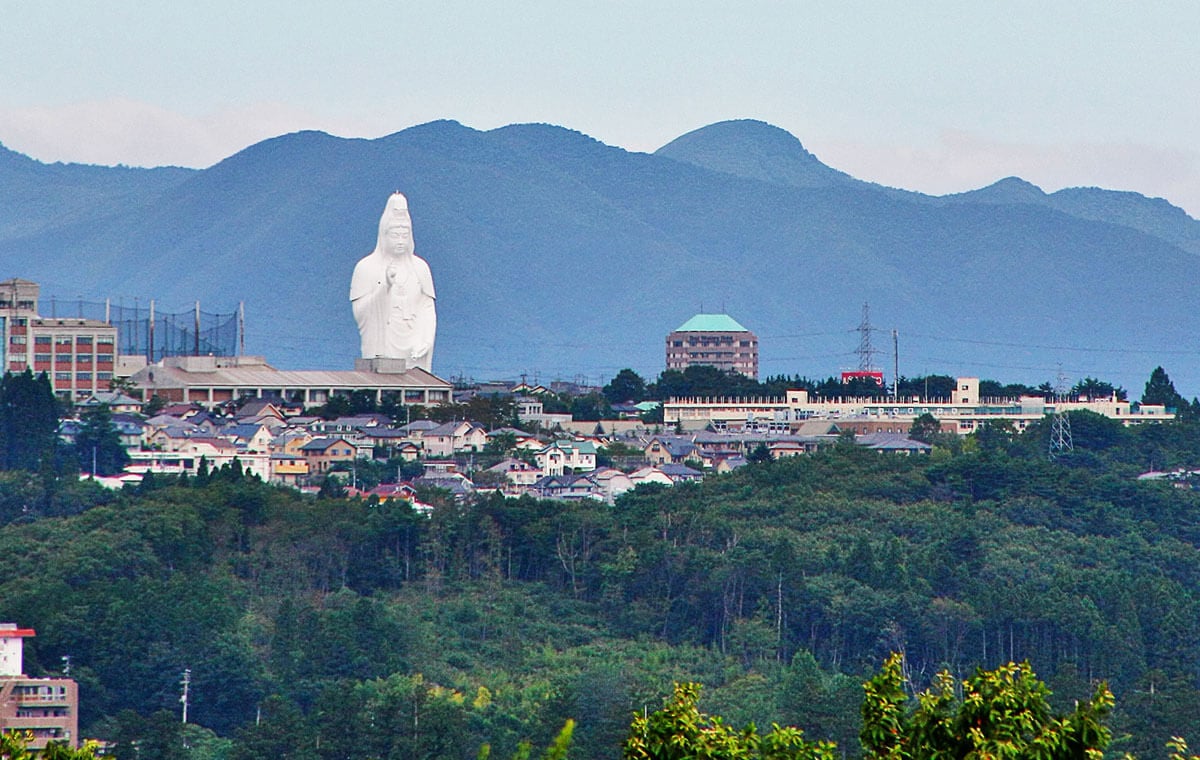 Japan holds another tallest statue of the world and is known by the name of Sendai Daikannon and just like The Ushiku, it is also a 100-meter tall statue. The view of the statue from mount Aoba is phenomenal and there is hardly anyone who would not be lost in the beauty of the statue which stands straight at its place. It is a complete white statue which can only be seen entirely from a particular height and the statue seems like it is blessing people from there. 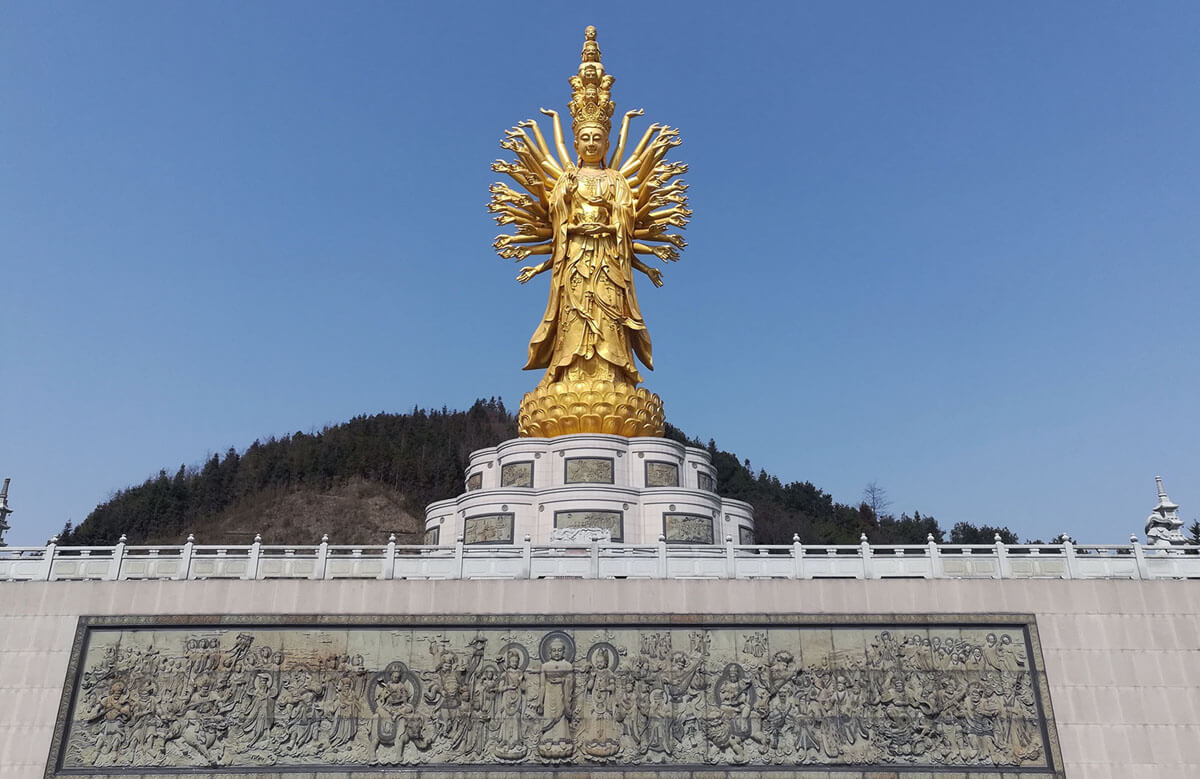 This statue is situated in China and even if it is not the tallest of all statues but it is still one of the most beautiful ones that China ever had in several years. It is a 99-meter tall construction which makes it the 6th tallest statue of the world and to be honest this statue attracts eyes which is the reason behind the crowd of tourist at the place almost all the time. The specialty of this statue is that it has got many hands as well as eye and it is entirely gold in color which seems amazing.

7) The Big Buddha Of Thailand 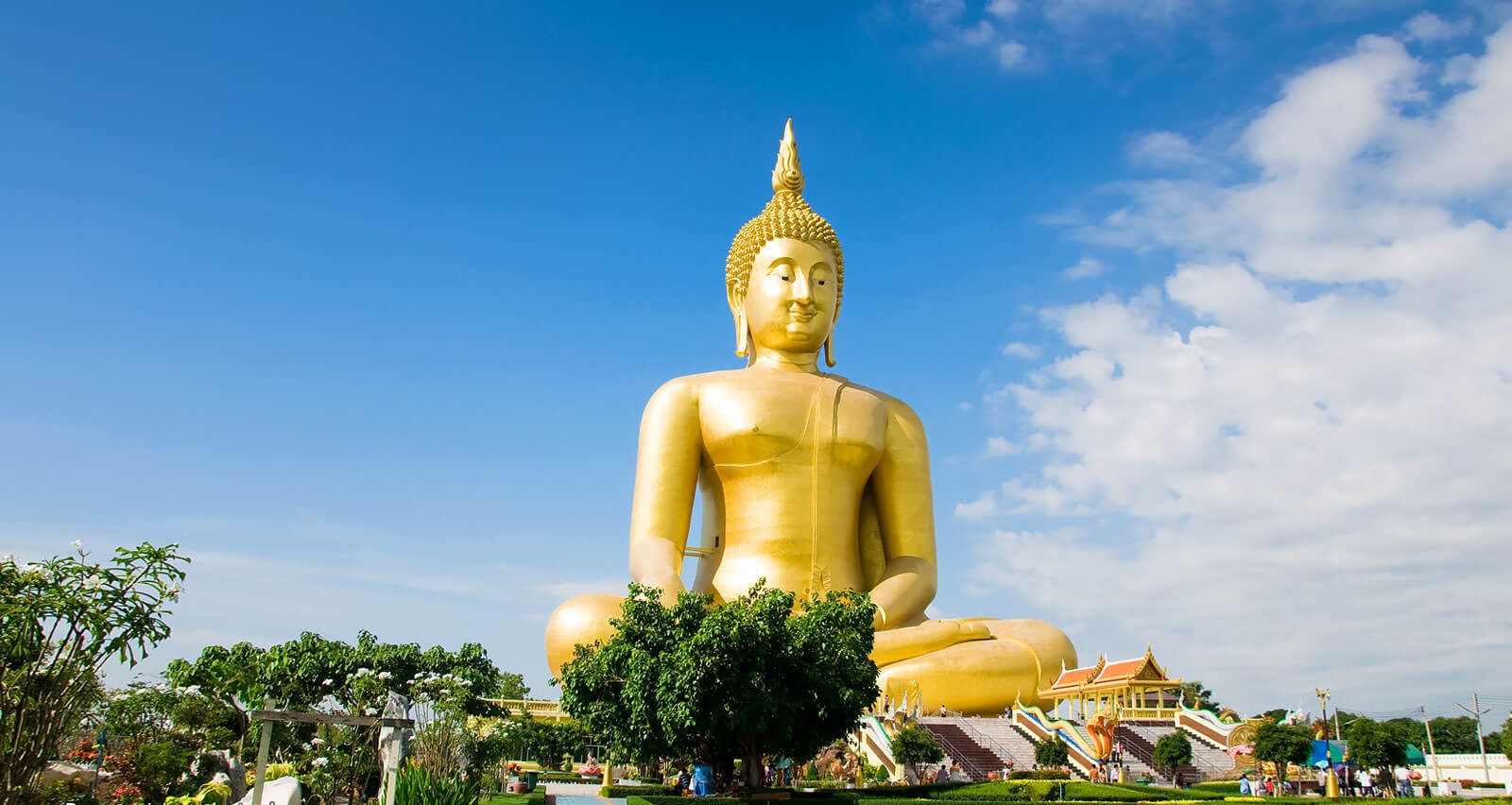 This again a Buddha statue which is constructed at Thailand and unlike any other tallest Buddha figures this statue portrays the picture of a Buddha who is sitting in a meditation position. The total height of the construction is 92 meters tall and it entirely golden in color which makes it appear bright all the time. The purpose behind creating this statue is to show respect to the Buddha and there is even a Buddha temple attached to the statue at Thailand and it is because of the statue that many tourists arrive at this place all year around. 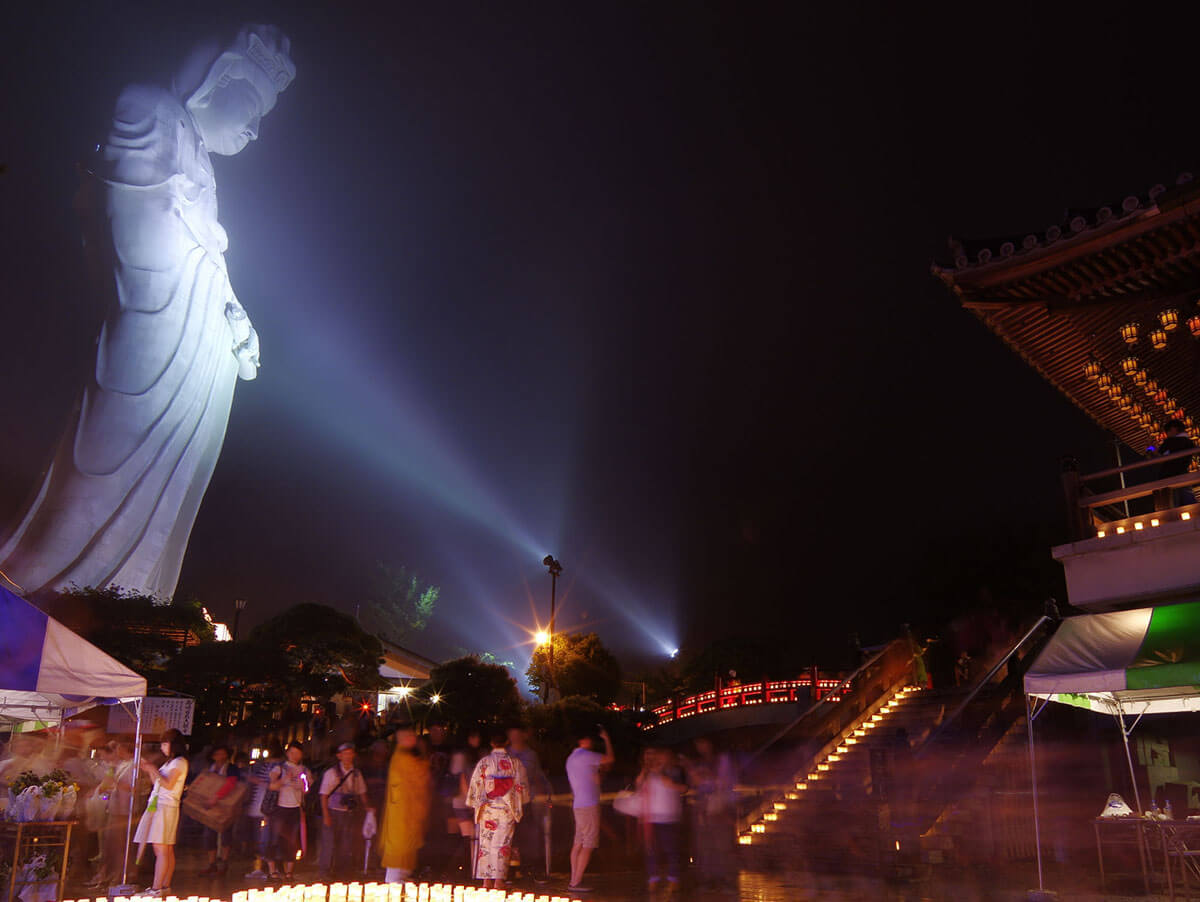 It is a sad thing that this place is permanently closed but before it was closed the place always used to be crowded with tourists around it. This construction is very beautiful that it attracts eyes and there is hardly anyone who won’t admire the beauty of this statue. It is completely white in color and is surrounded by many small temples like constructions which increase the beauty of the place even more. The construction an old one and is there at the place since the year 1989. 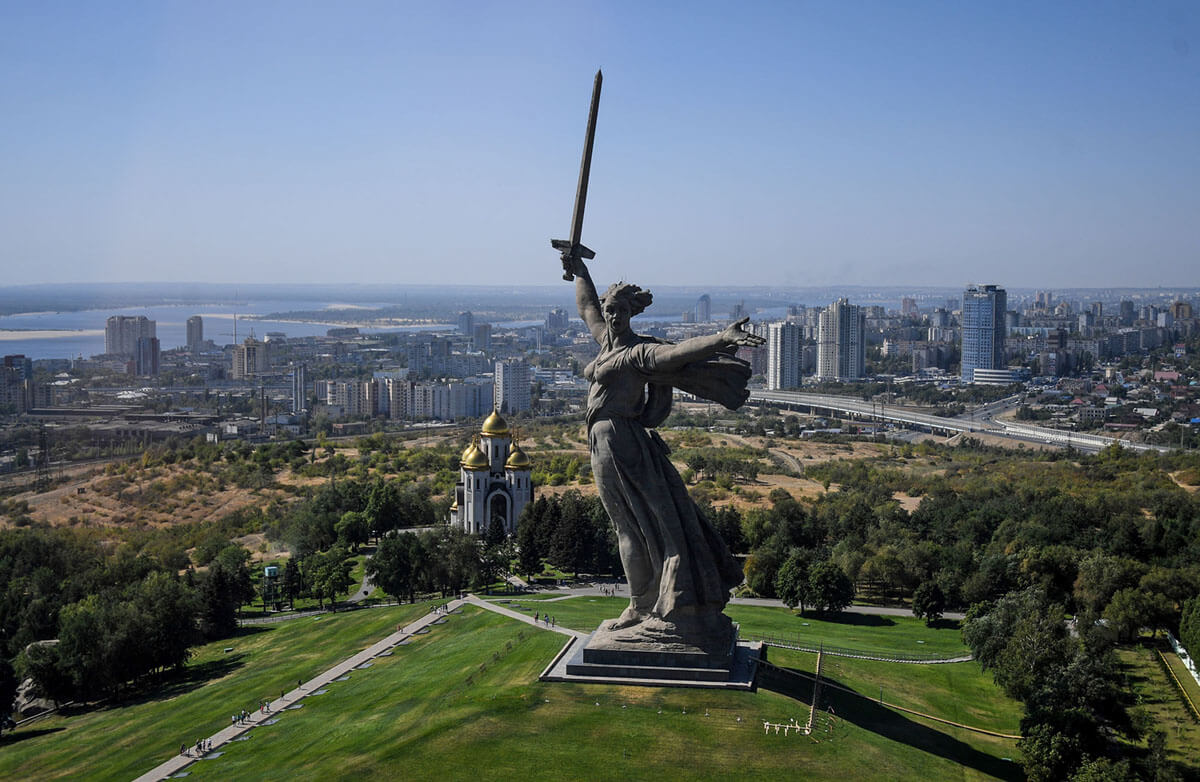 This statue is inspired by the situations of the World War II and it is a statue of a lady who is standing with a sword ready to defeat the enemies. This beautiful statue not only seems beautiful and is one of the tallest constructions of the world but it also spreads a message that in time of difficulty women of all kind stands straight and fight for the security of the country. This statue is said to be the tallest statue of Russia with a height of 85 meters and was constructed on 22nd August 2017. 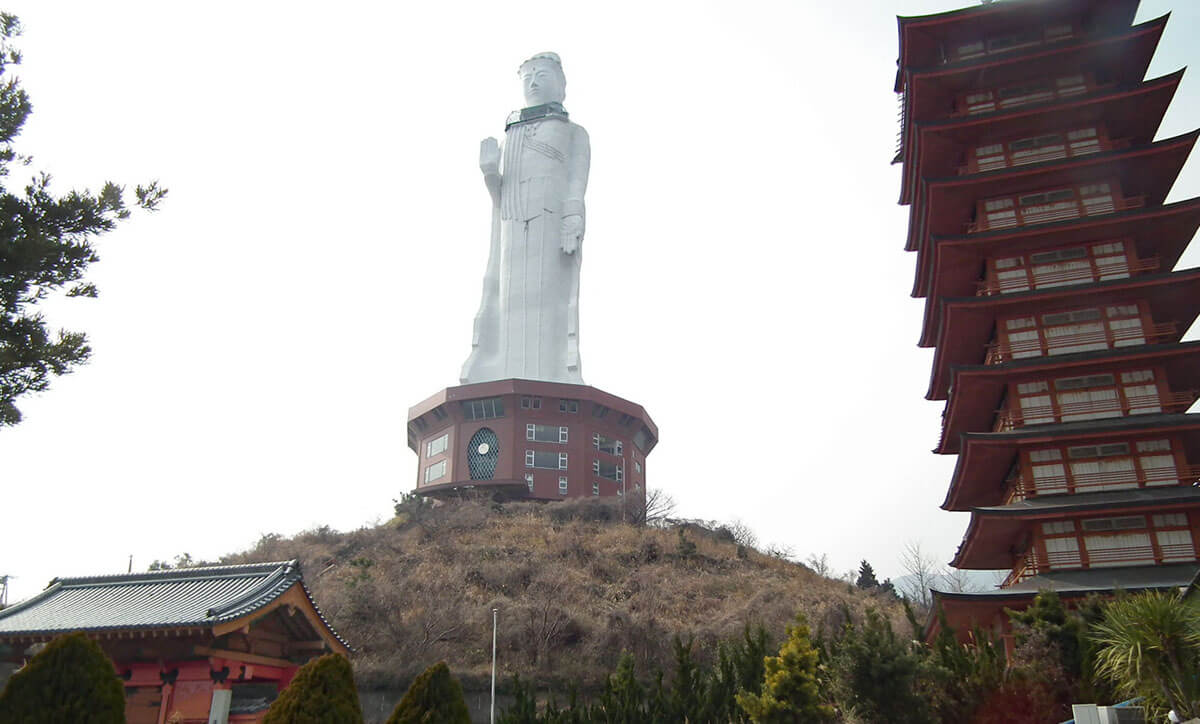 Japan is truly a place of some great construction and this tall statue of the world is also situated in Japan. This statue is also famously known by the name of Heiwa Kannon and it is the reason behind the crown of tourist that keeps coming throughout the year. It is an 80-meter tall statue which is entirely white in color and seems amazing from a distance. It can be seen that the statue has been constructed on a place which is taller than the rest of the places in the place and seems like it is blessing people. 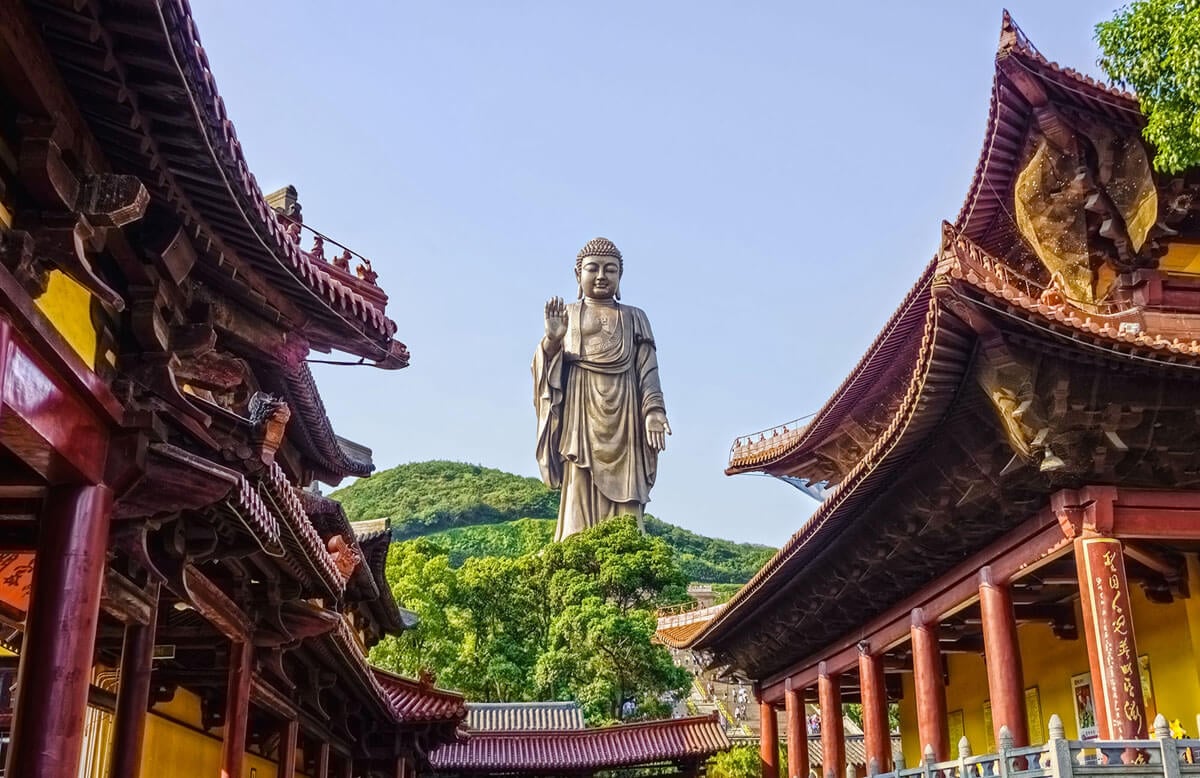 This statue of Buddha is again counted among the tallest statues of the world and it is situated in China which is proof that China, as well as Japan, is entirely Buddha devotee. This statue was constructed beside Buddha temple and it can be seen that the statue is completely surrounded by many tall trees which makes the place look too beautiful. This statue is 79 meters tall which means it is a 259-foot tall statue.

12) The Guanyin Of Nanshan 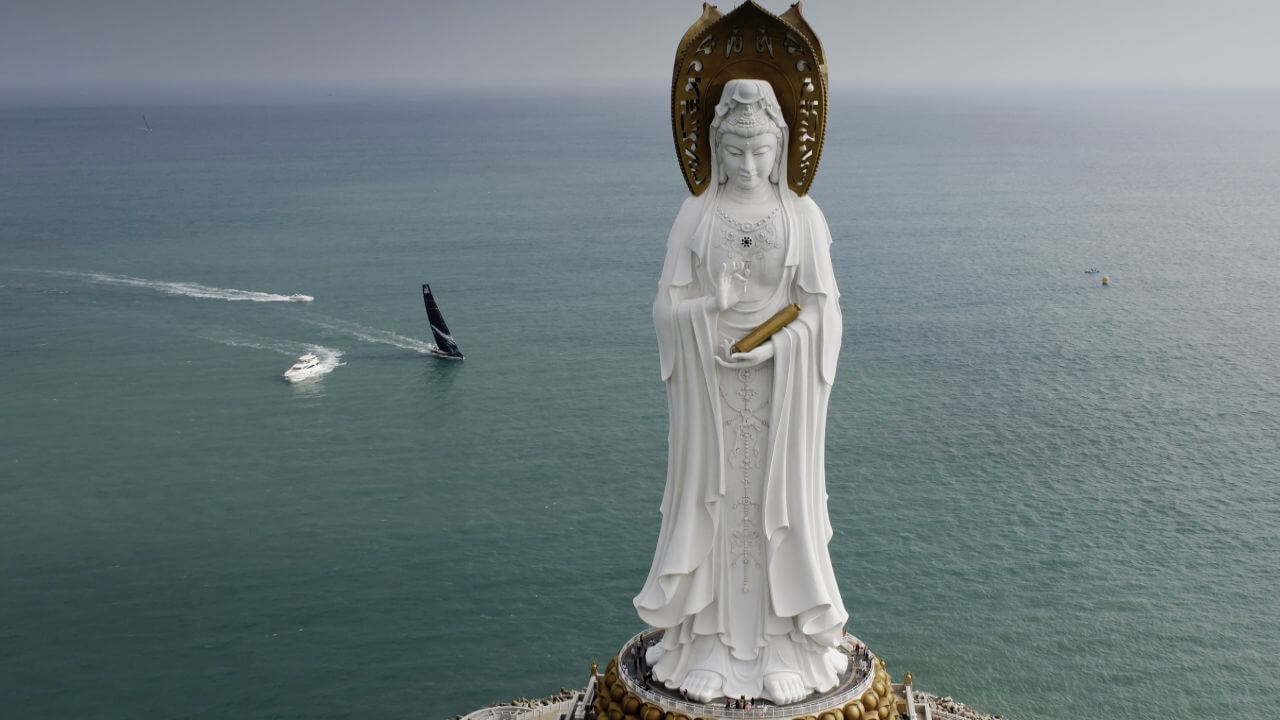 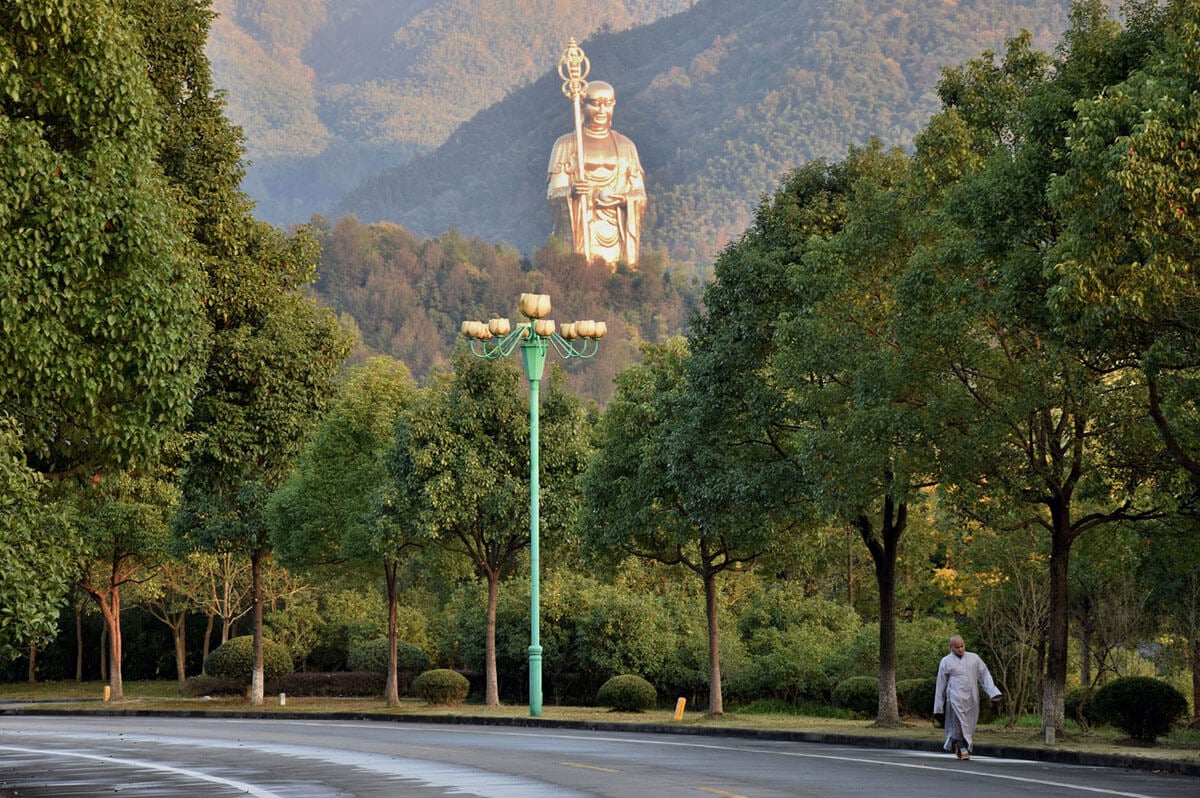 China literally owns the list and it is another amazing statue which is counted as one of the tallest statues of the world. This is a statue of a monk who is holding a sword like a thing and it is said that the statue is a resemblance of the protectors of the country China. It is a 76-meter tall construction which seems to be made up of metals. 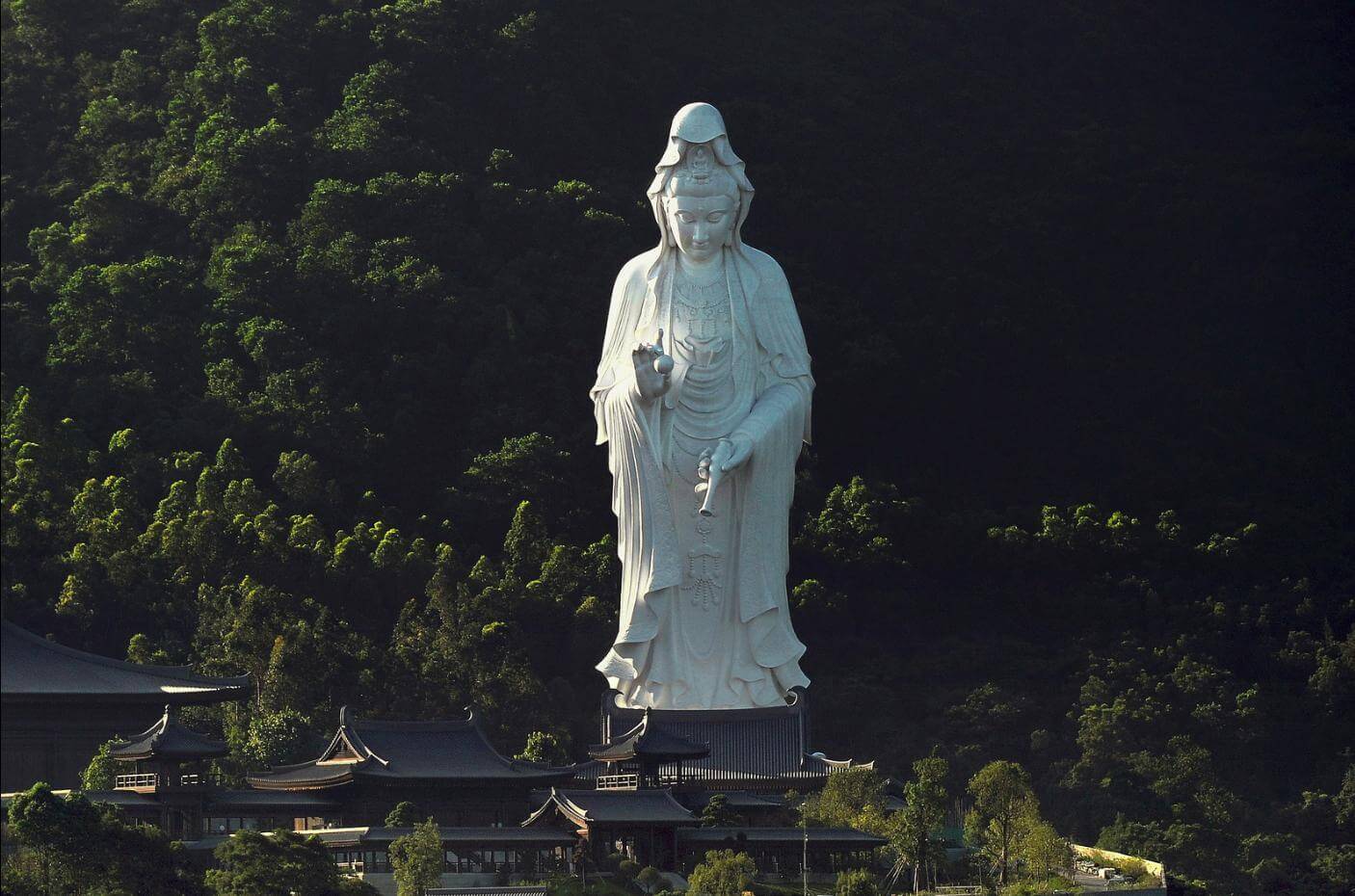 It is a very beautiful statue which is constructed in between the wild and it is situated in Hong Kong which again comes under China. It is a 76-meter tall statue which is entirely white in color and has very small as well as unique detailing is done on it which seems to be a treat to watch for sure. 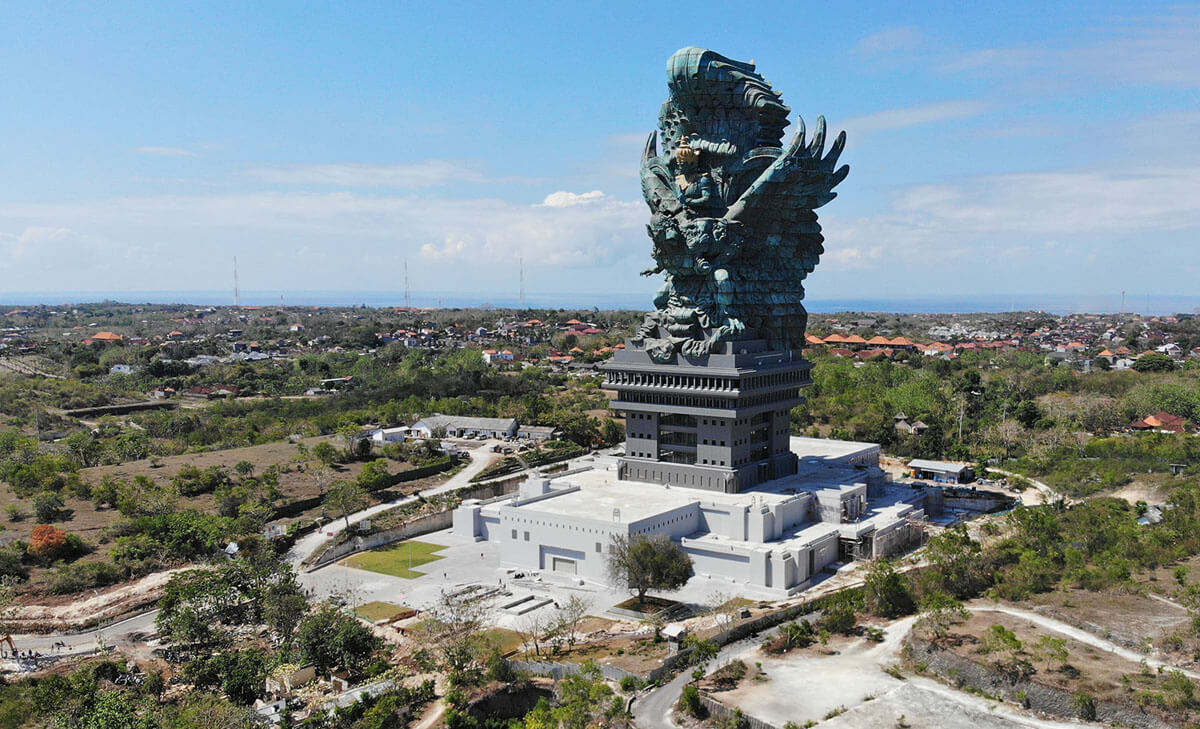 This construction is situated at Bali and is a picture of Garuda as well as Vishnu and this construction tell the story of the mythical situation when Vishnu rode Garuda. This statue took lots of hard work to get completed and it 75 meters tall which makes it the 15th tallest statue of the world. The construction is entirely made up of steel as well as copper and was opened for public on September 2018.

These were few of the tallest statue of the world and you can find much more similar kind of things at Architectures ideas.

Selcukle Vadi is a beautiful housing project that was designed as well as constructed by...