The Notre Dame gone through a lot and the fire case of that place left everyone shocked and this is very unfortunate news as well. The Notre Dame is situated at Paris in the central and the construction is there since a very long time and the construction is said to be a matter of pride for the country Paris but the unfortunate fire accident did a lot of harm to the construction and the incident took place on 15th of April and now after the destruction it has been decided to reconstruct the place over again to make it like it was before the fire accident took place. 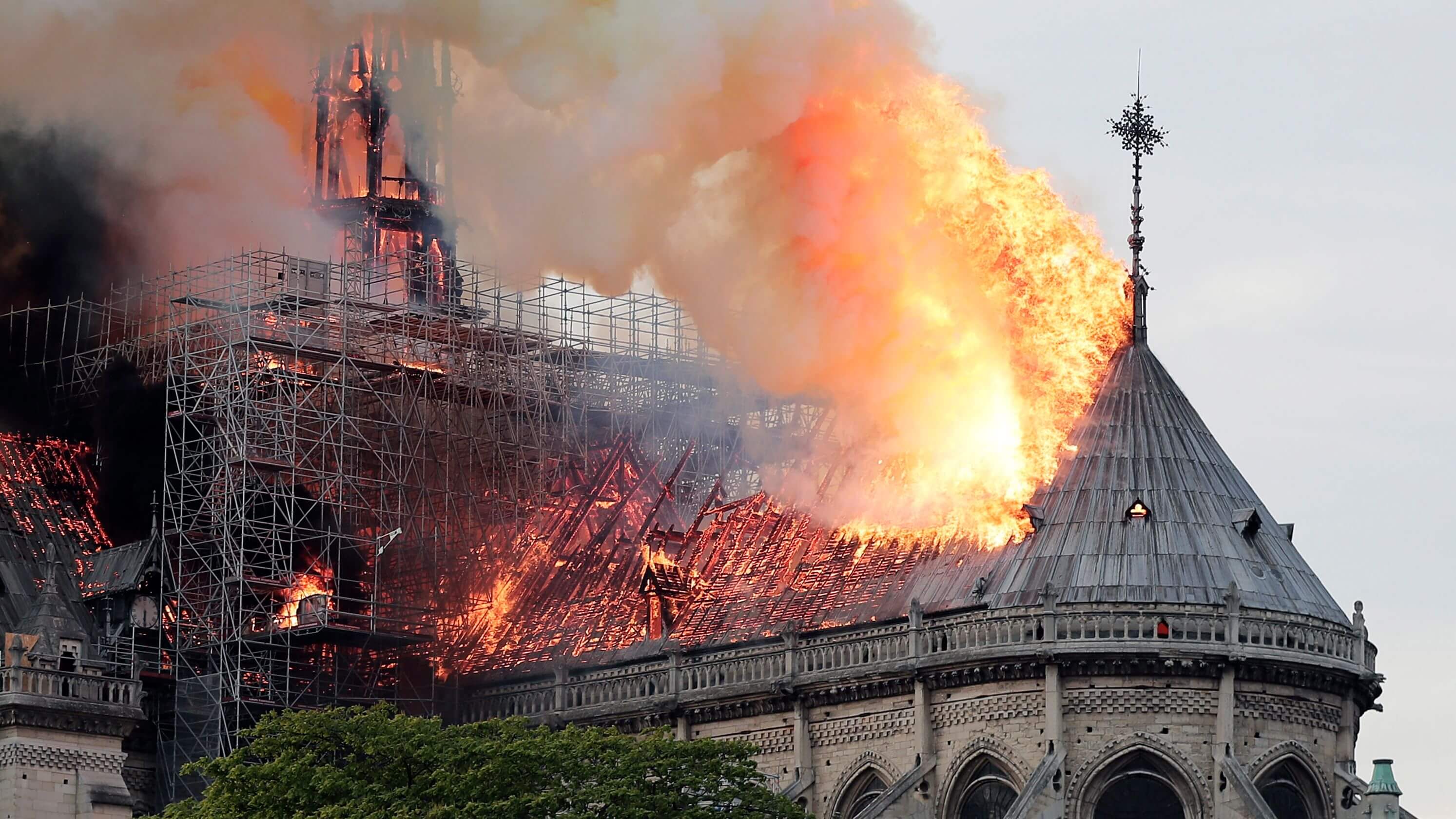 The plan says that the renovation would not actually change anything rather it would simply return the place in actual state it was and the things which are not destroyed would be restored safely at the place. It is very shocking to even believe that the construction of the church which is said to be about 856 years old has gone through a lot in past but not even a single riot, war, revolutions or even natural disaster could destruct the church as much as the fire that took place on 15th of April did. 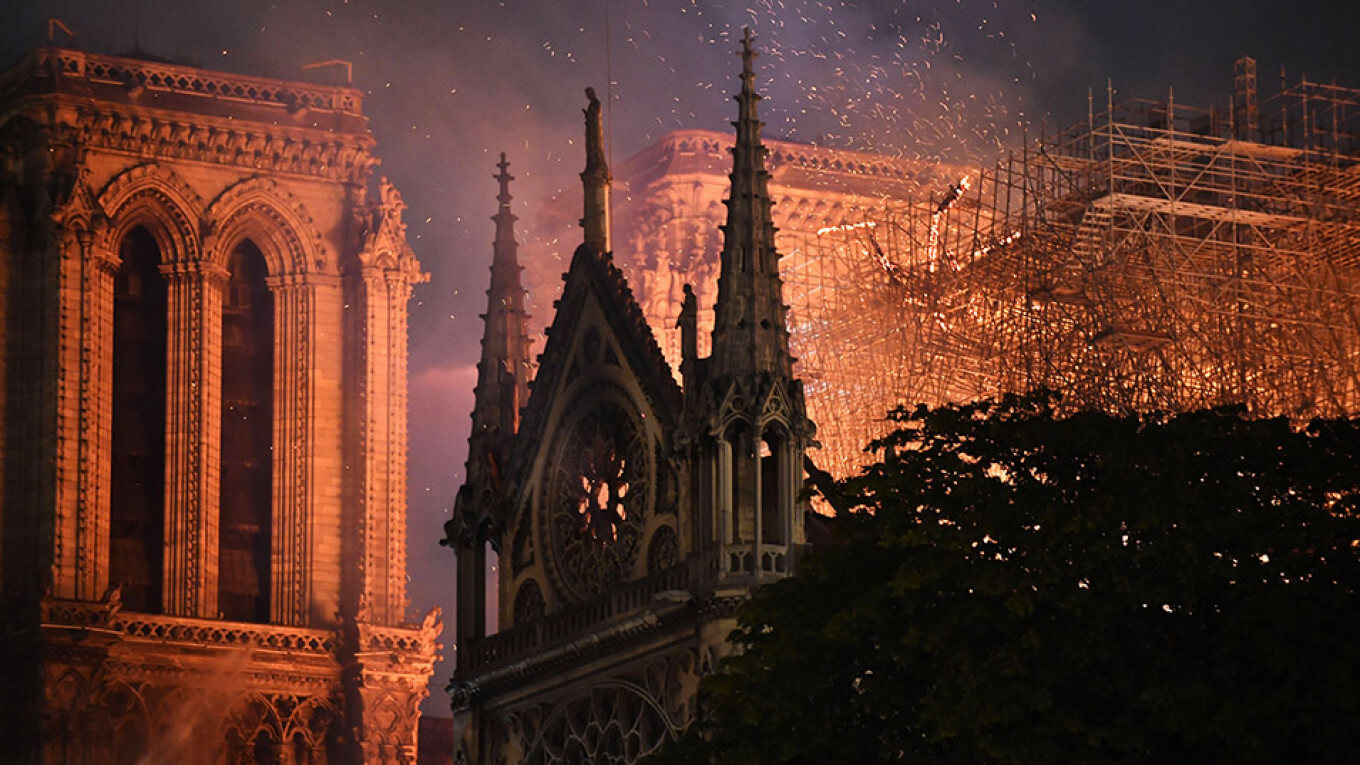 The best thing which relieved the people a little bit is that even after such a huge fire accident the main part of the church has escaped the destruction and is fine but the surrounding of the church went through a lot and it is said that 66 percent of the church has been destroyed in the fire which includes the vaulted interior as well as roof tops of the church. 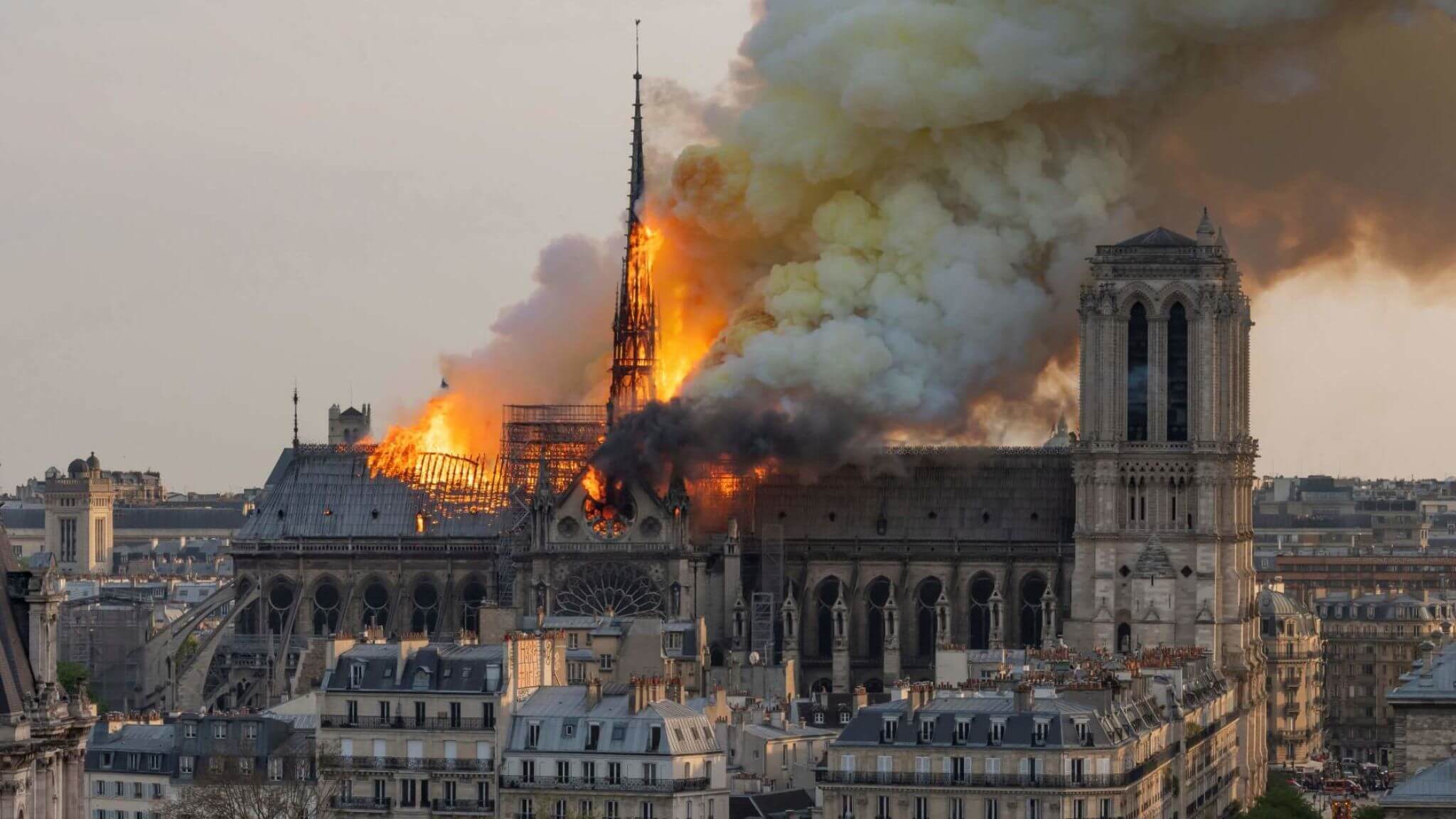 About The Renovation Of The Church To Send It Back To Actual Structure: 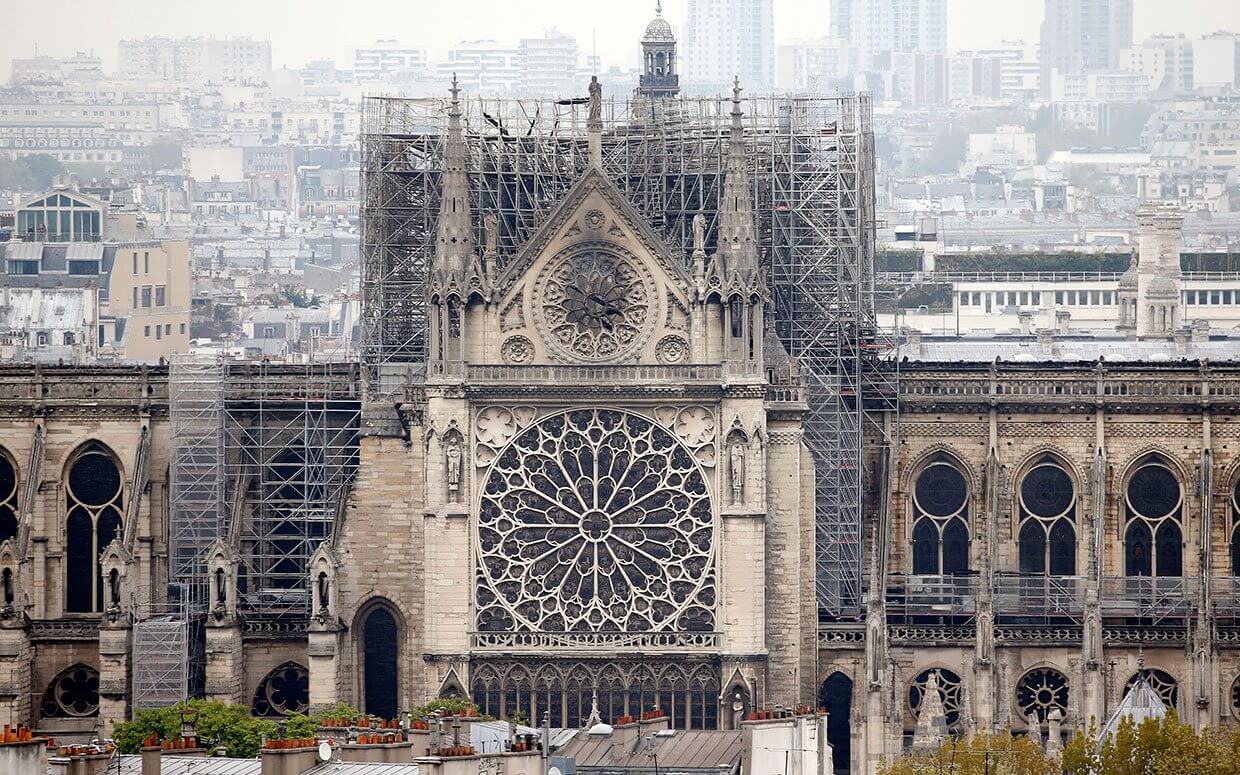 It is a fact that the construction is so old that it holds the maximum history of the place and if you are a history lover then you can probably check the place out for historical information of Paris. The previous construction was so good that the church didn’t go destroyed or ruined in so many years and it kept on serving people. 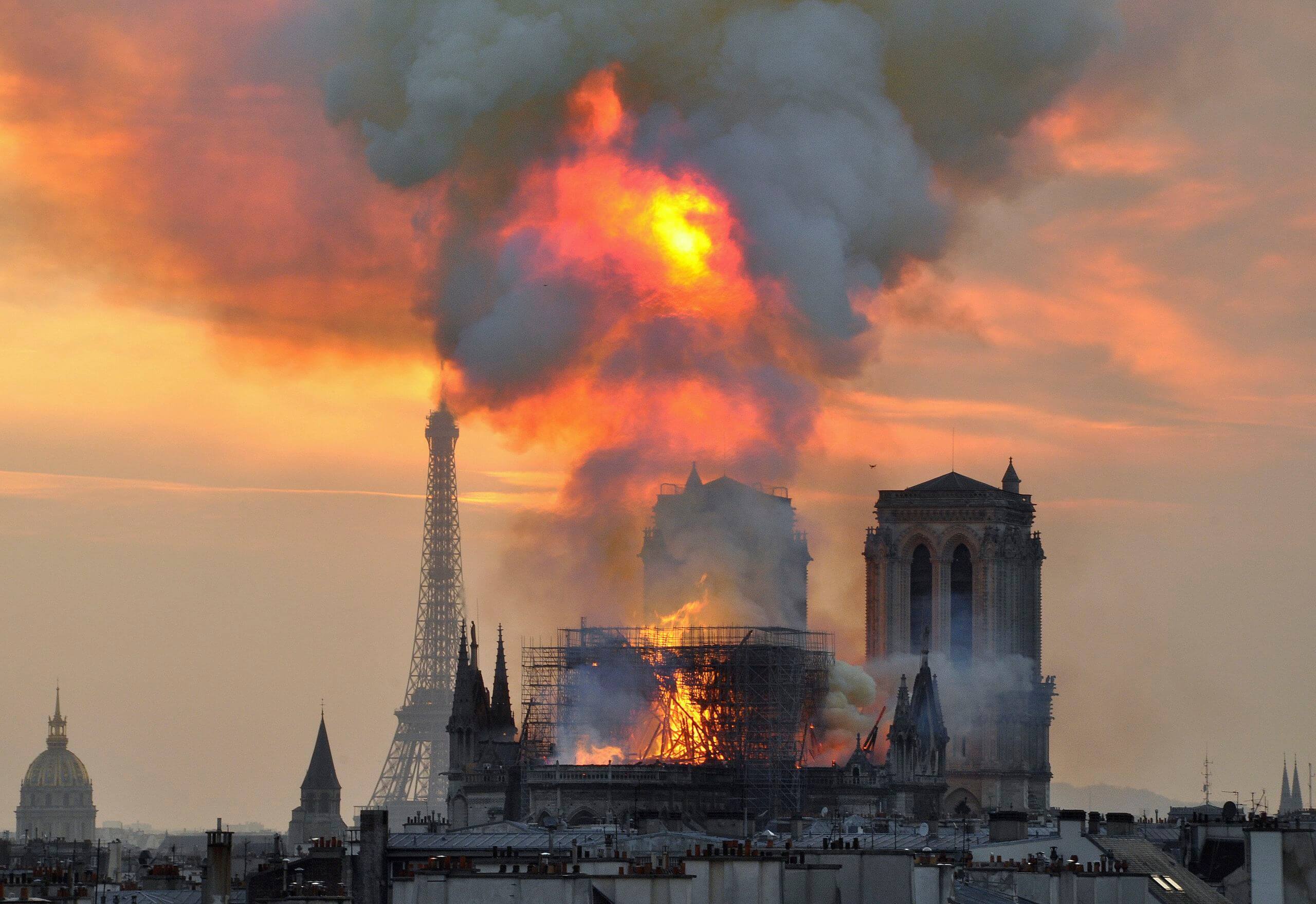 For people in Paris the church is said to be a matter of pride and they don’t want to see it destructed and that is the reason many people came forward to join hands in hands to help construct the church like it was before the fire accident took place. It is said that there are some public sectors that came up to hold on or to bear the budget of the renovation or you can say to precede the restoration work of the Notre Dame church.

About The Real Thing That Took Place In The Fire Accident Of The Notre Dame Church: 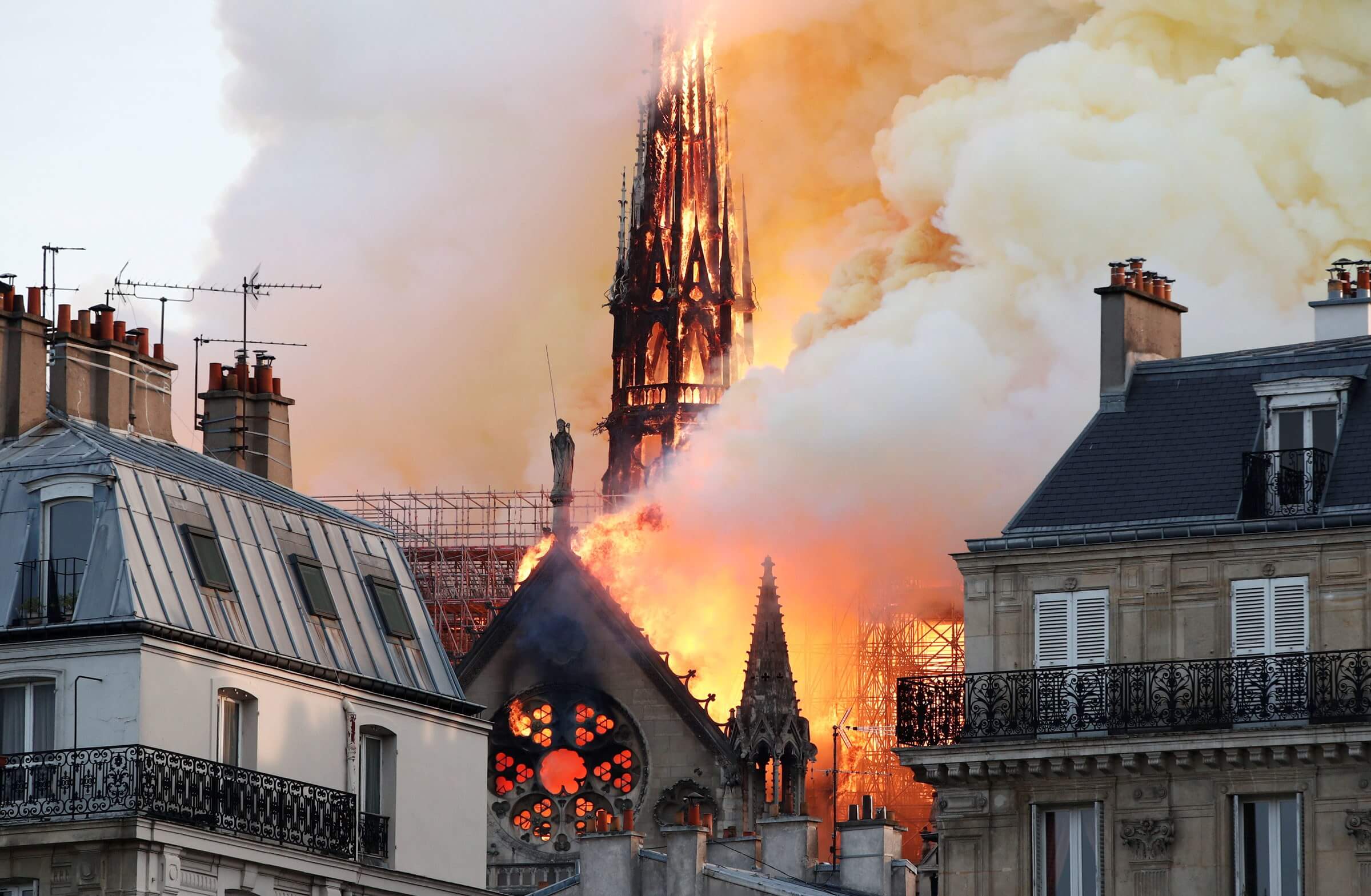 The fire accident took place on 15th of April 2019 which was a Monday and it is said that the fire caught at around 6 pm or so as the first fire alarm rang at exactly 6:20 pm. it is said that after hearing the fire alarm the area was checked but trace of fire was found there and also they added that the space gets checked thrice a day for by the fire monitor and even after the first alarm the place was checked several times but nothing as such came out. 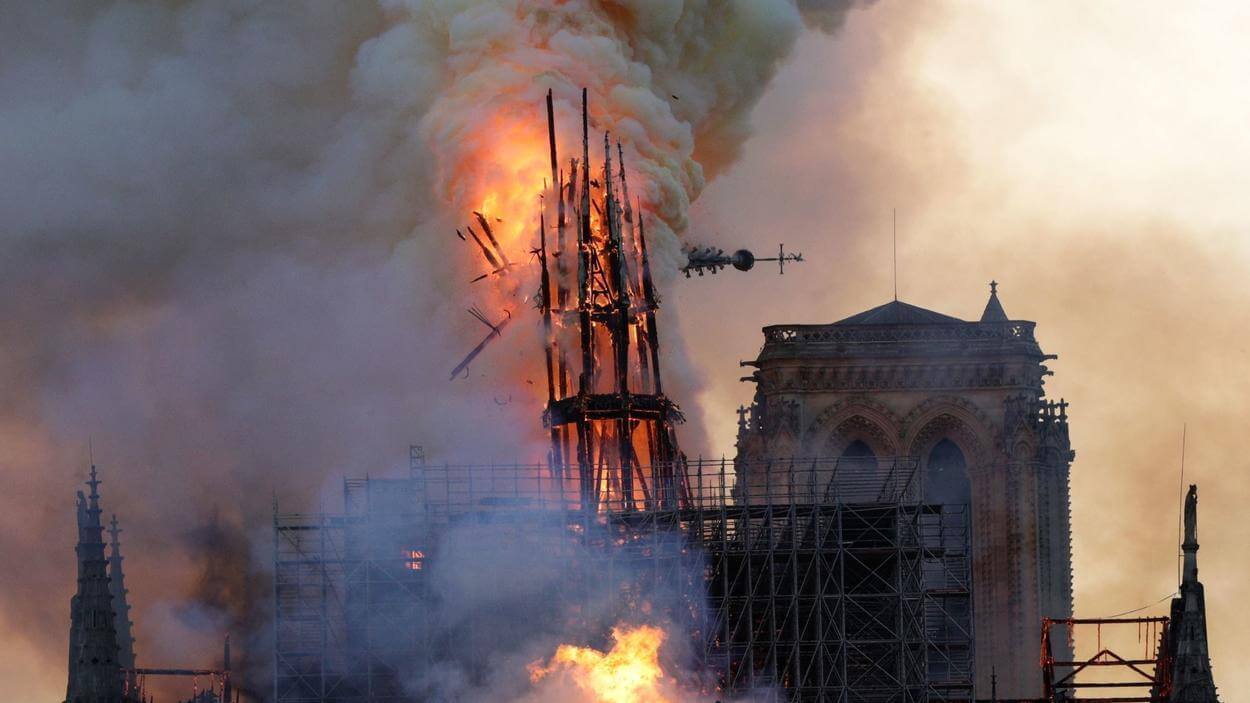 It was 6:43 pm when the second fire alarm rang loudly and it was the time when people or the authority on duty could manage to see the fire and they said that timber framework of the roof caught fire and before anything could be done a large expulsion took place at the area. 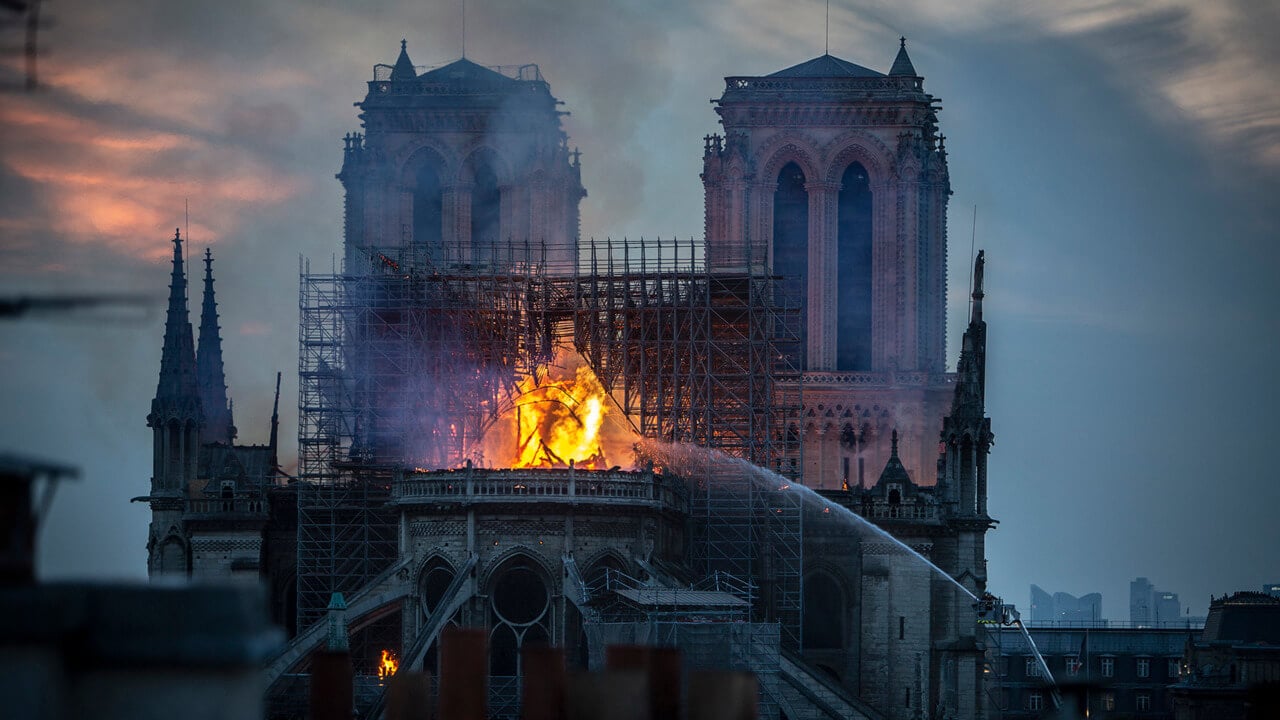 The reason of the fire is not known yet though investigations are still going on and soon the reason would also be declared. To investigate the matter there are 50 French police appointed and it can be expected to be know everything soon. 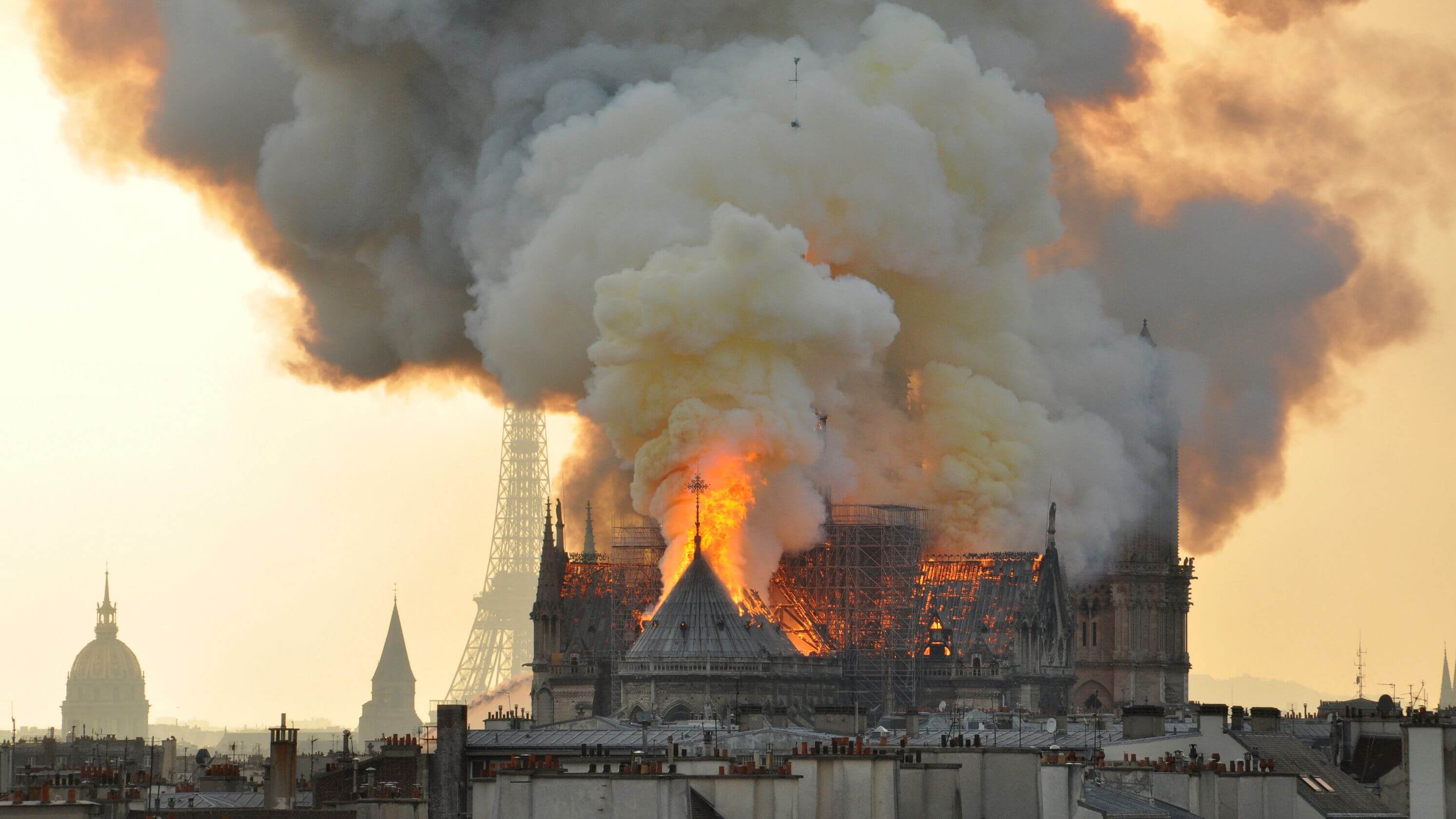 Exactly at 7:40 pm the fire already spread a lot and the 93 meter tall spire also taught fire and the scene was so scary and heart breaking for all. The tall 93 meter spire took no time to collapse and at exactly 7:53 the spire collapsed and to witness the scene the French President himself traveled to the place. At 8:07 pm the entire rooftop of the church got engulfed in the fire and the fire kept on spreading and in the meantime the evacuation in the church. 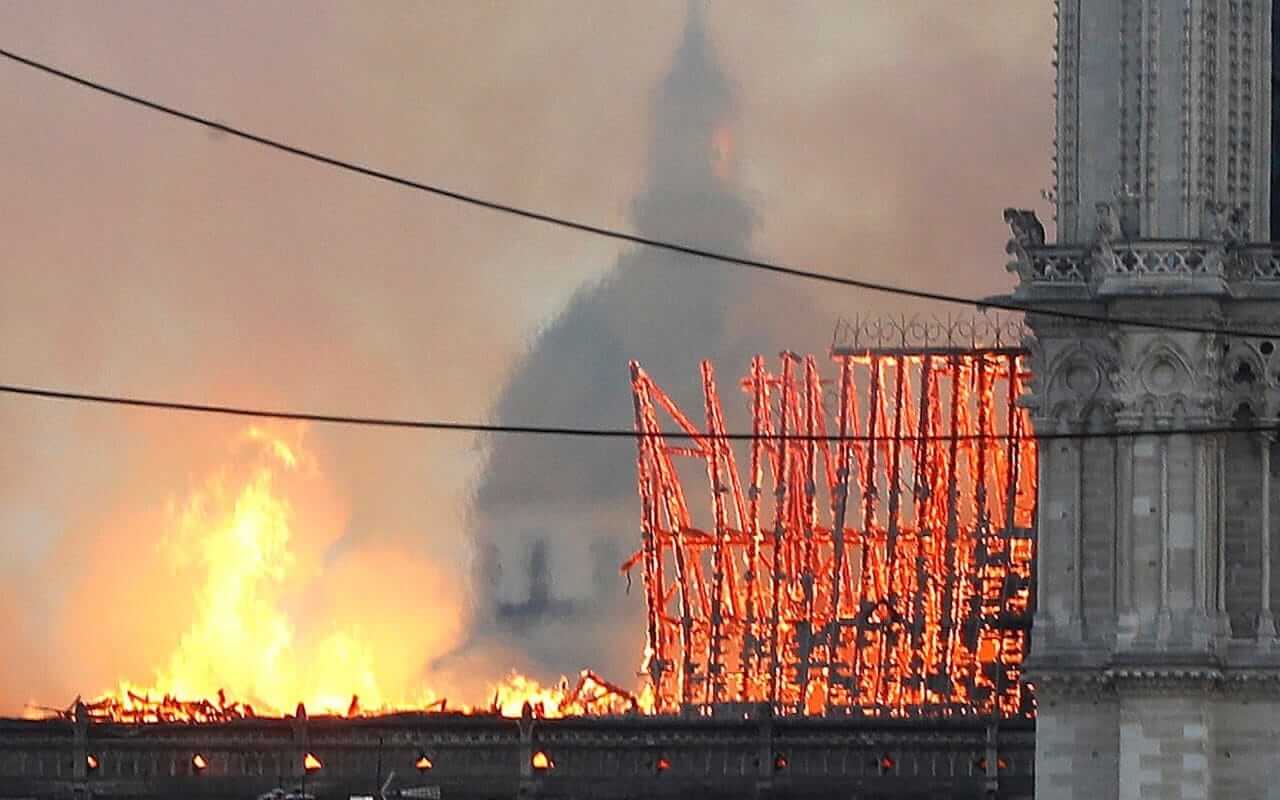 At 8:30pm the firefighters had no option left so they had to get into the church as the fire already spread to the northern rectangular tower and so taking action was very important otherwise the fire could also have destroyed the southern tower of the church. 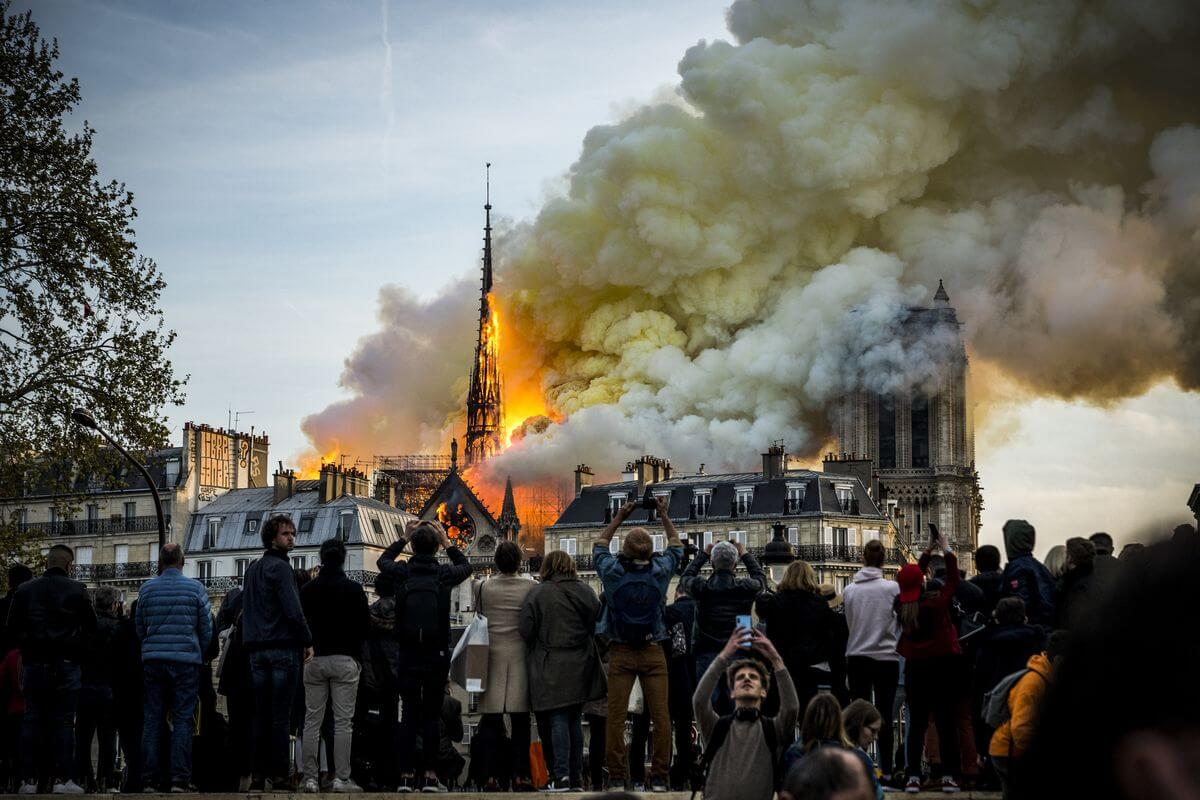 At exactly 11 pm the news came that the 2 bell towers of the church has been saved. Reports say that the fire the fire took 15 long hours to extinguish completely and at 10am on 16 April which is the next day the church was set fire-free entirely.

The Very Next Thing That Happened After The Fire Was Completely Extinguished: 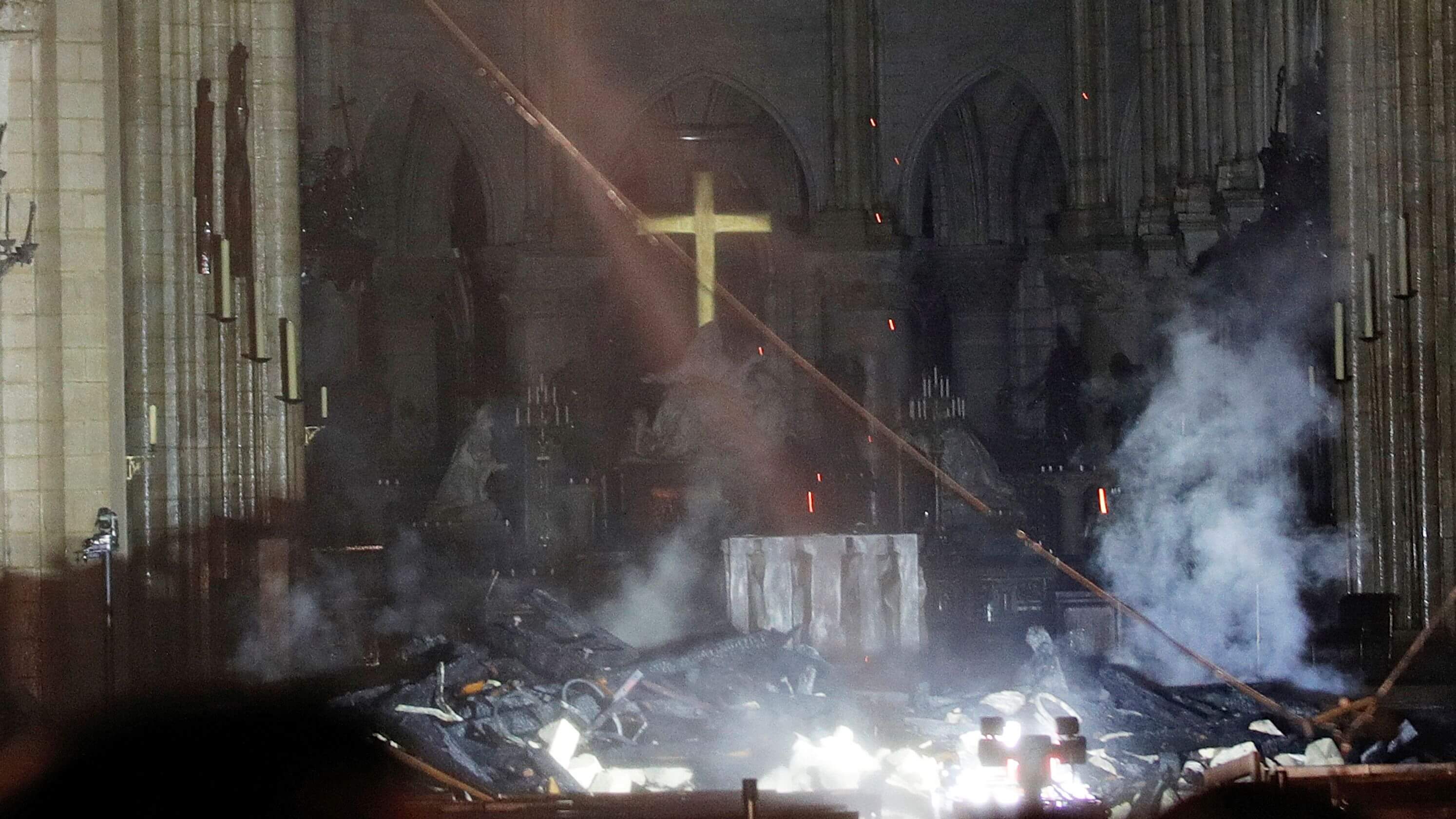 The most important thing followed by the fire extinguishing was to restore the place and so Emmanual Macron, the former president of France announced the reconstruction of the church so that the historical asset of the place could be restored. Even French brands such as Gucci, Louis Vuitton as well as Yves Saint Laurent came forward to donate total $340 million for the process of restoration of the Notre Dame church. 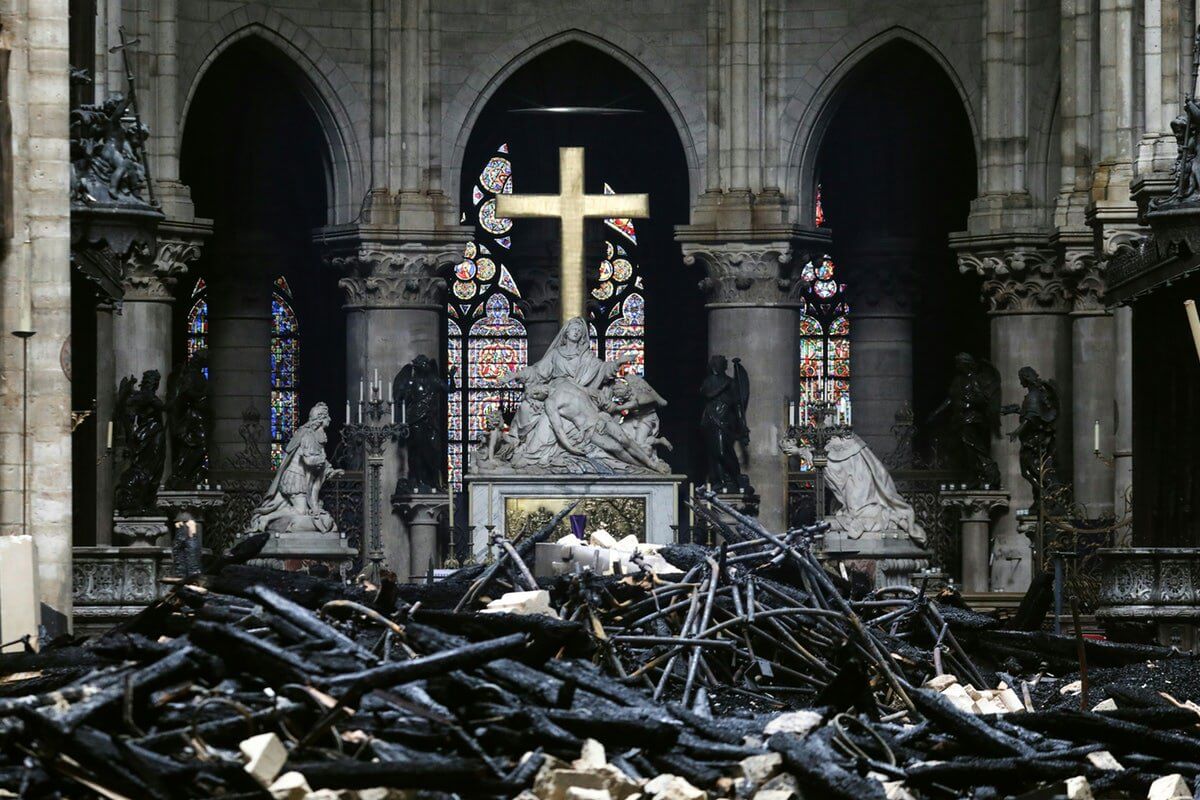 The president as well mayor and many major bodies also make forward and in total about $455 million could be raised till now and it is said that the amount would be enough to bring back the previous structure of the church. It would be amazing to see the church again just like it was previously. 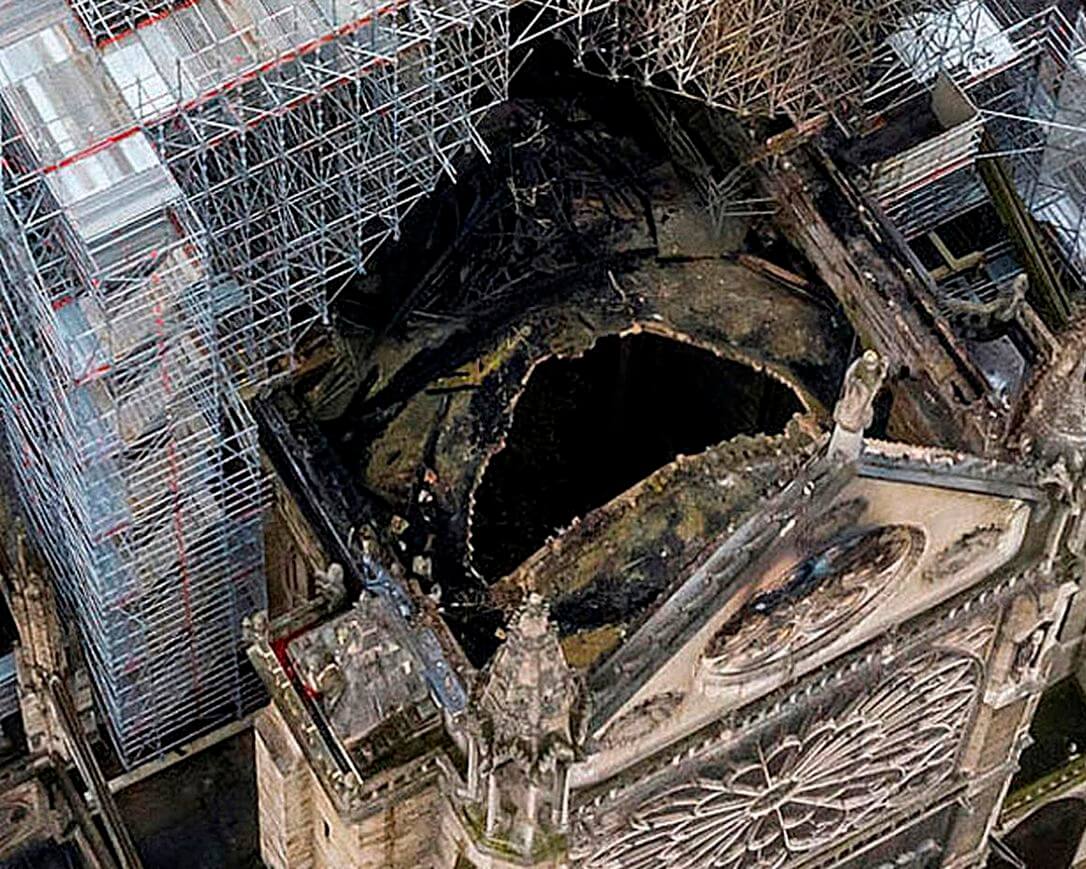 These were everything that you need to know about the Notre Dame Fire accident and for more updates as well as for more such information you can keep yourself updated with Architectures ideas. 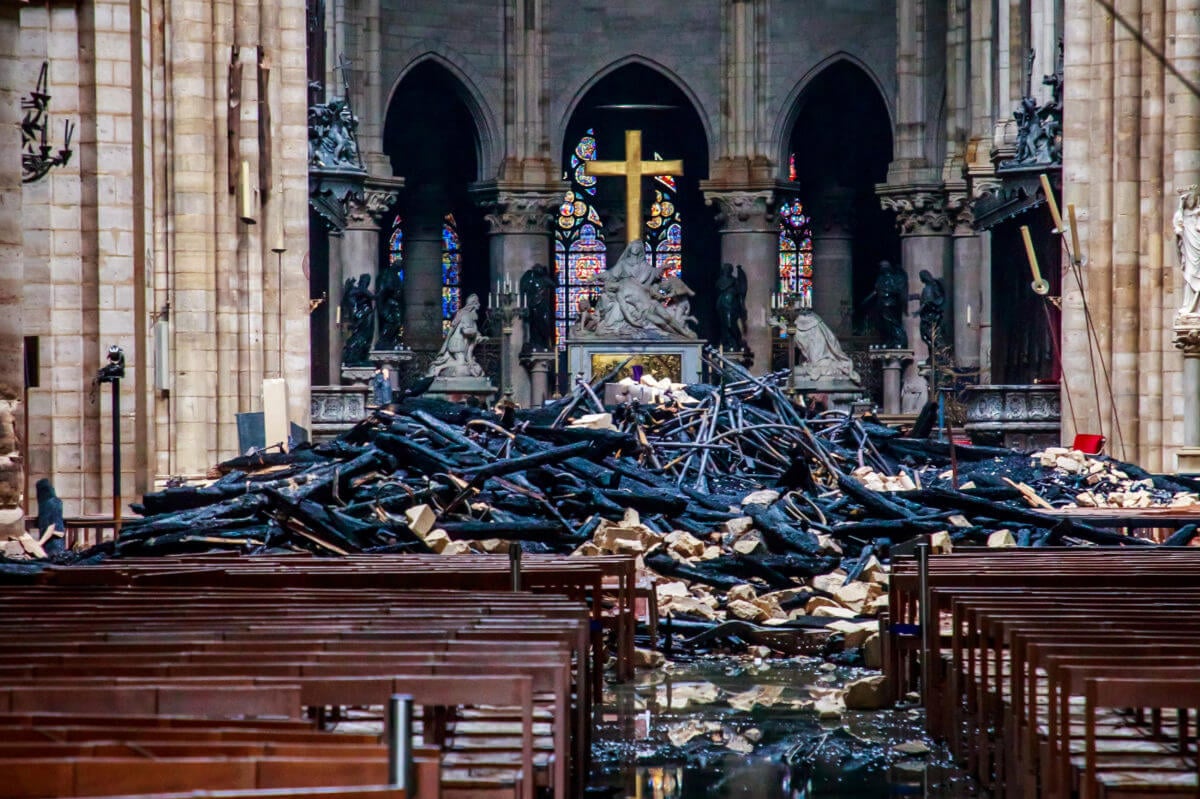 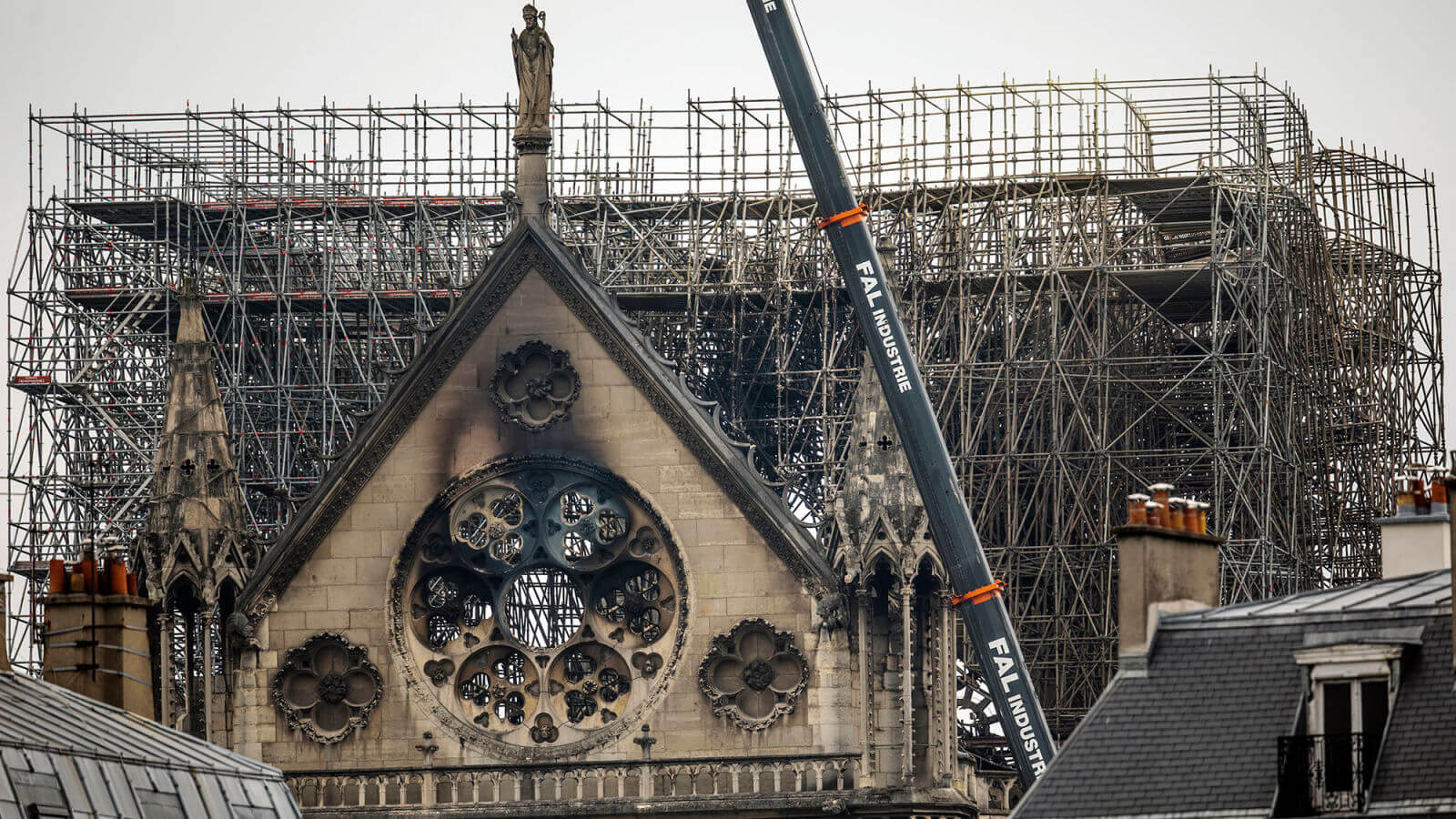 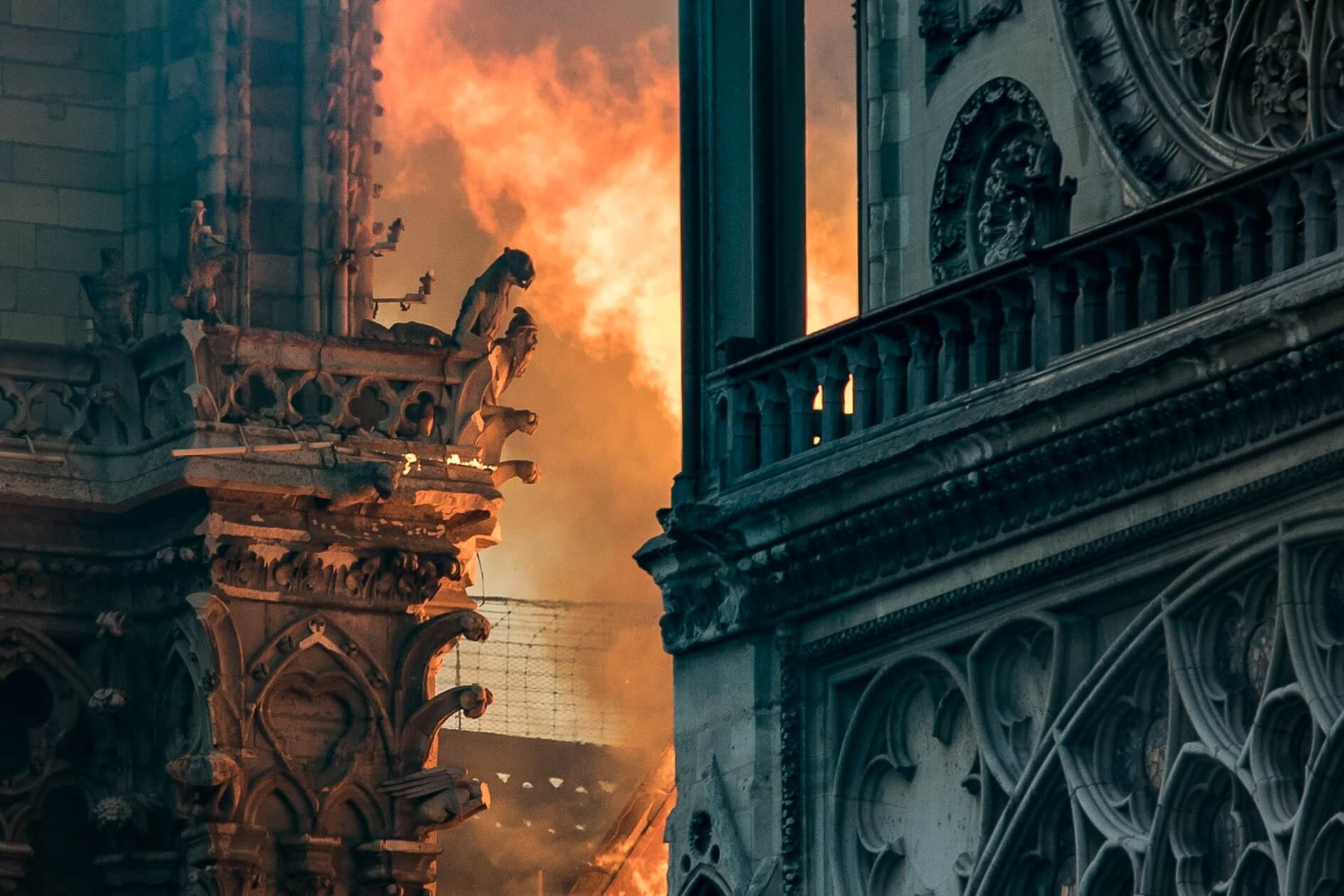 Do It Yourself Uncategorized

Garage doors are another gateway to let in air, dust particles, pests, and noise. Garage doors can let in various …

How to Choose the Right Builder: 10 Tips!

How to Turn Your Kitchen Look Spacious: 5 Easy Ways

Some Of The Largest Temple In The World

The world has got many place architectural projects but temples prove to be the oldest...