Wallpaper is no more a thing of the past. It has regained its status as a wall decoration juggernaut and is making proud appearances in chic restaurants, fashion editorials, art lounges, drawing rooms, and bedrooms. And there are many online wallpaper stores in Australia that sells various types of wallpapers, like floral wallpaper, brick wallpaper, custom wallpaper etc.

We don’t really think about the history and origin of wallpaper while rolling it onto our walls. You will be surprised to know that it has been there for many centuries and has a rich history of its own.

To understand more about this decorative piece of art, let’s look at where it all began.

Where Was Wallpaper Invented? 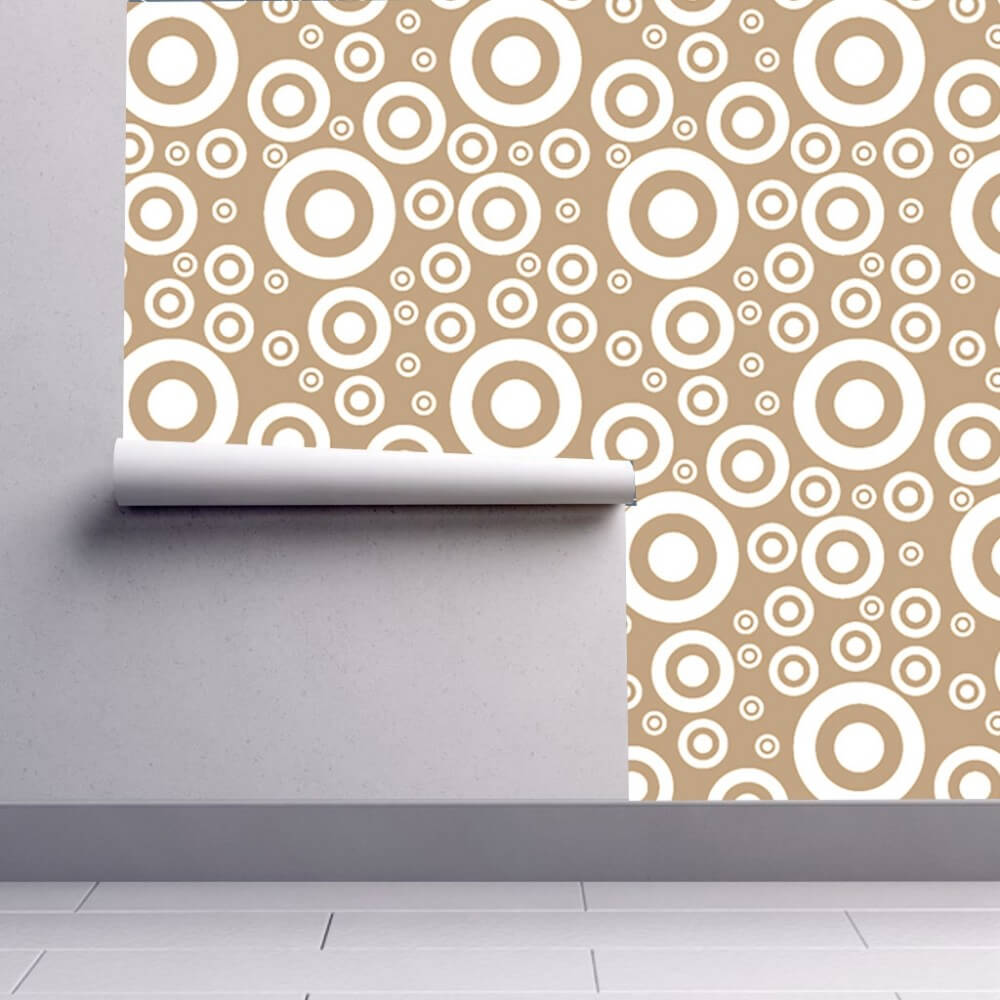 Although it’s difficult to say exactly when and where was the first wallpaper made, most historic records suggest that the Chinese have the honour of inventing it. The very first wallpaper originated in China as early as 200 B.C. They pasted rice paper on walls and painted birds, flowers, landscapes, and elegant wildlife on them. This style of wallpaper was called chinoiseries.

In the 8th century, a group of Chinese prisoners that knew papermaking skills passed their knowledge to their Arab captors in the Middle East. It led to an improvement in the paper quality, and people in the Middle East started using linen fibres to create finer paper.

In the early 16th century, wallpaper was imported to Europe from China. The wallpaper of that time came in standard rectangular sections usually about 12 inches by 18 inches. It became popular in Western Europe, especially in Paris. It provided an economic option for decorating homes and shops.

Initially, wallpapers were painted by hand, typically with floral designs, religious figures, and symbols. They were mainly displayed in the houses of the poorer class and the religiously devout.

Later in the 16th century, block printing became popular. With the use of block printing, wallpapers could now be designed with patterns and tapestries that suited the rich. Consequently, wallpaper also entered the homes of the upper and middle class.

Around 1620, a method of imitating cut velvet was introduced in European wallpaper manufacturing.  Paper made through this technique became known as flocks.

It was produced by shaking silk or woodpile on a design that had been glued or varnished. The paper was printed in different colours that people applied on to various patterns. The patterns were attached to the paper using adhesives. Dyed sheep wool trimmings were then added to give a look similar to velvet.

As wallpaper grew in popularity all across Europe, the demand for more designs and patterns increased. This gave rise to the local wallpaper manufacturing industry, and it became a recognised business in Europe.

Wallpaper’s popularity further flourished through the 18th and 19th centuries. It also made its way to the United States during this time. The first known use of wallpaper in the US dates back to 1739 in Philadelphia. Early styles followed European trends, including a love for panoramic scenes and illusionary images. These early wallpapers were designed to be placed above chair rails.

As wallpaper grew in popularity, so did the level of craftsmanship and attention to details in manufacturing it. Different methods of manufacturing wallpaper emerged, ranging from French block printing and English roller printing to the Japanese style of working on embossed leather.

There was considerable development in block printing in the 18th century. More complex and elaborately coloured papers became the norm. French artists developed brilliant wallpapers that depicted natural landscapes, called scenics, often using multiple colours and hundreds of blocks. These exquisite papers hung exclusively in the homes of the wealthy.

A wide variety of designs started being used with various patterns and sceneries. Not only that, popular events of that time became an inspiration for wallpaper designs such as the American and French revolutions of 1776 and 1789 respectively.

Machinery that printed designs on paper came in the late 18th century. Steam power was utilized in the process of printing, which made printing the paper less costly and faster than ever before.

In the beginning, it was only possible to print 4 colours, but by 1850, printers and inventors were printing up to 8 colours onto wallpaper. By 1874, machines were developed that could print up to a then unheard of 20 colours. With ongoing improvement, these machines were even more refined by the 19th century, manufacturing endless rolls of paper.

The cancellation of property tax on wallpaper (introduced under Queen Anne in 1712) along with the introduction of mass-production printing techniques in the Victorian era gave a significant boost to the English wallpaper industry once more.

Wallpaper went from being a background element in the home to a more important part of the décor. New technologies allowed for greater illusion imagery and cheaper production of the panoramic variety.

In the 19th century, the interaction between the colours and patterns also started getting influenced by the Islamic and far-eastern parts of the world. More and more people began using their art and craft in creating the most elegantly designed wallpapers. During this period, wallpaper and other wall décor were considered to be the most important element in interior design and decoration.

Wallpaper continued to remain a popular item of interior decoration until the first half of the 20th century. However, with the advent of modernism, home décor artists and influencers began to favor simplicity and bare, and thus, white walls became the trend.

Throughout the 20th century, wallpaper saw ups and downs. It could never regain the popularity that it enjoyed in the late 1800s.

Wallpaper Has Now Made an Impressive Comeback! 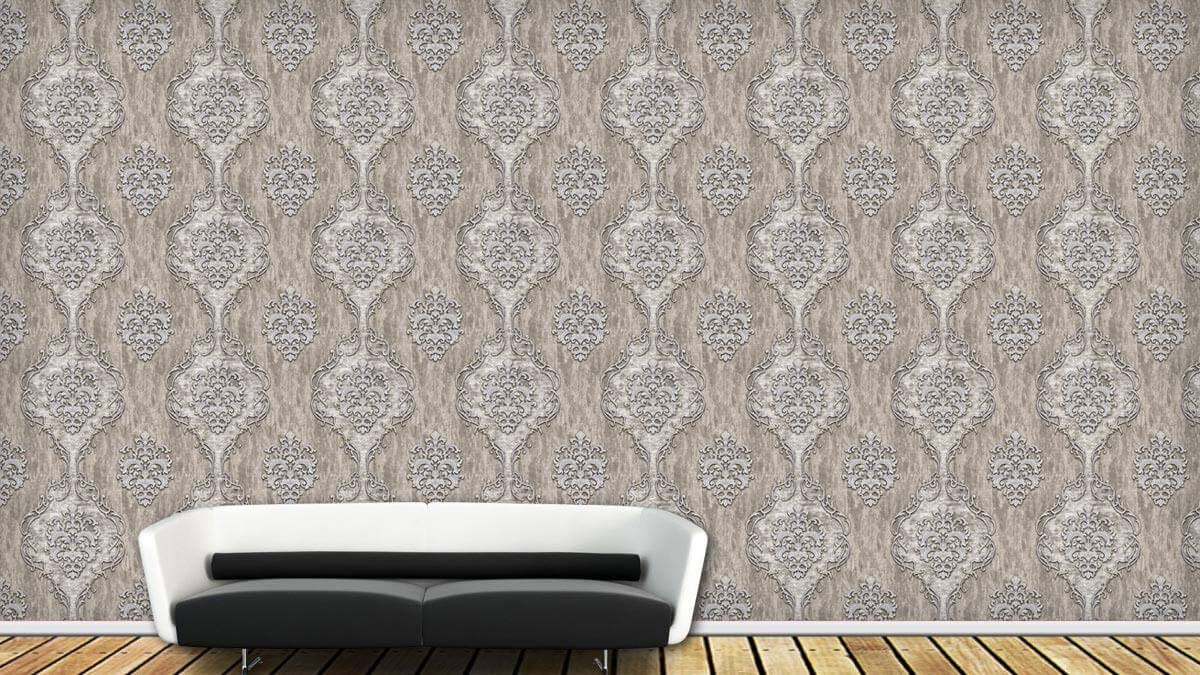 There has been a recent resurgence in the popularity of wallpapers, and they are rolling back into fashion in a big way. There’s a wide variety of innovative designs and patterns available that can quickly lighten up any space. The availability of online wallpapers has made it possible for hundreds of homeowners to decorate their houses in an easy and affordable way.

Simon is an entrepreneur and self proclaimed jack of all trades. Simon has experience in the building and home renovation industry and he knows what it takes to knock out a successful project whether it be commercial or residential. Currently, Simon works as a marketing consultant with Pickawall – one of the prominent suppliers of various types of online wallpapers, like Floral wallpaper, world map wallpaper, brick wallpaper, custom wallpaper, etc. Another niche for Simon is travel and outdoors leisure, including sporting equipment and bikes. A big kid at heart if it goes fast, bounces, slides or you can climb it Simon has put it to the test.

A Quick History Of Wallpaper was last modified: July 2nd, 2019 by architectures ideas

12 Ways to Deal with a Sloping Lawn

If your property’s been built on uneven land, there’s a good chance that you’ll have a sloping lawn or garden. …

Kitchen Cures – 7 Common Kitchen Problems And How To Solve Them

What are the Benefits of Smart Toilets?

Who doesn’t want to have a beautiful bedroom and the fact is true that peaceful...