Every year, The White House is decorated by the First Lady. It is one of the customs that has been followed over the 200 years. In addition, every year a tour is conducted for the public to see the decorations of the White House.


Let’s take a virtual tour to The White House at the time of Christmas so that you can see the Christmas house decorations from inside. Here we have penned down the Christmas decorations of the last four decades. So, enjoy reading our blog, and also you’ll get some inspirations to decorate your home for the upcoming festive season.

Also Read: All You Need To Know About The White House Christmas Decorations

Here is how America’s Frist lady prepared the White House for the Christmas: 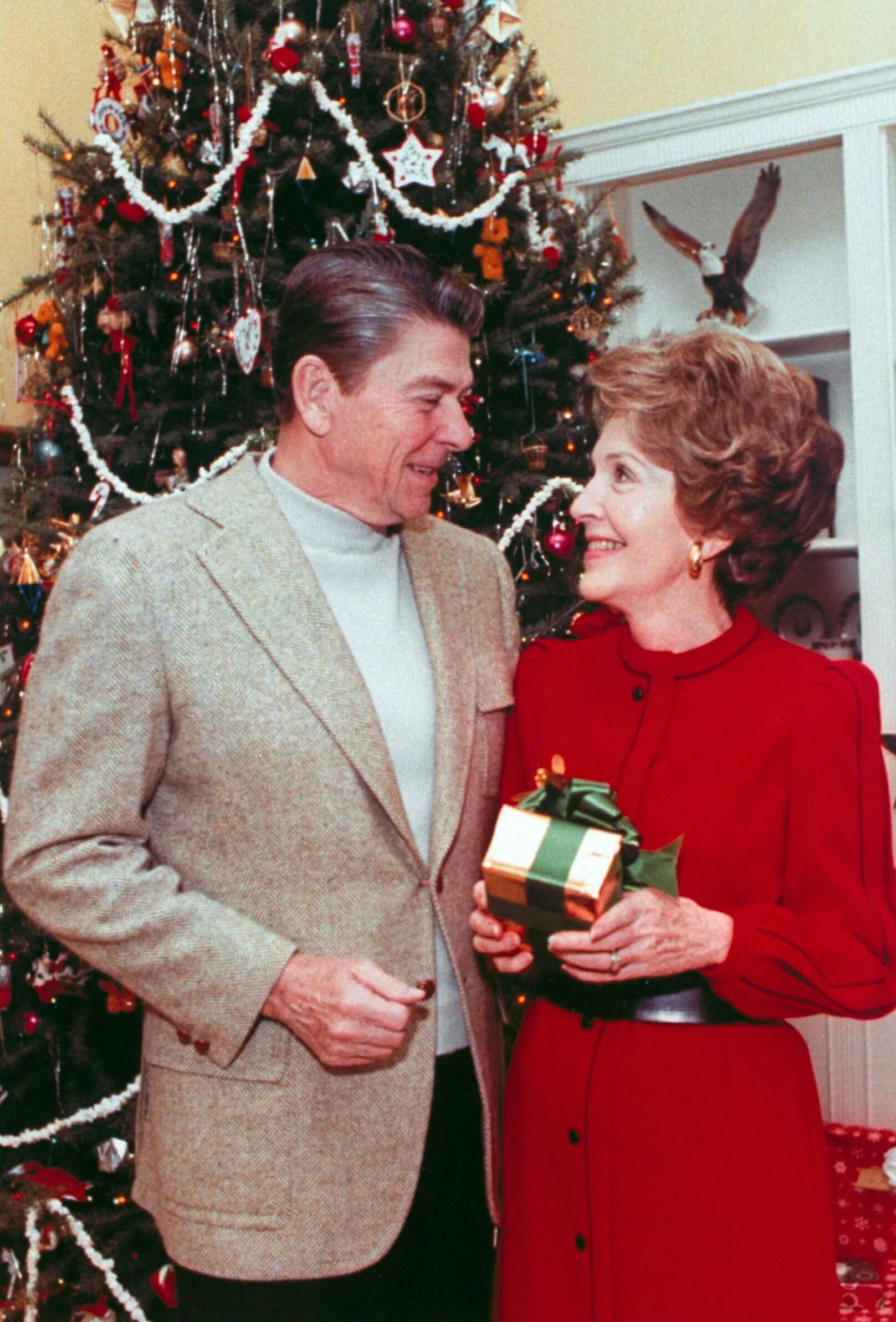 Nancy Reagan decorated the White House in a very creative and casual way. She kept things simple and clean. Here’s she posed with the Ronald Reagan in the white living quarters. 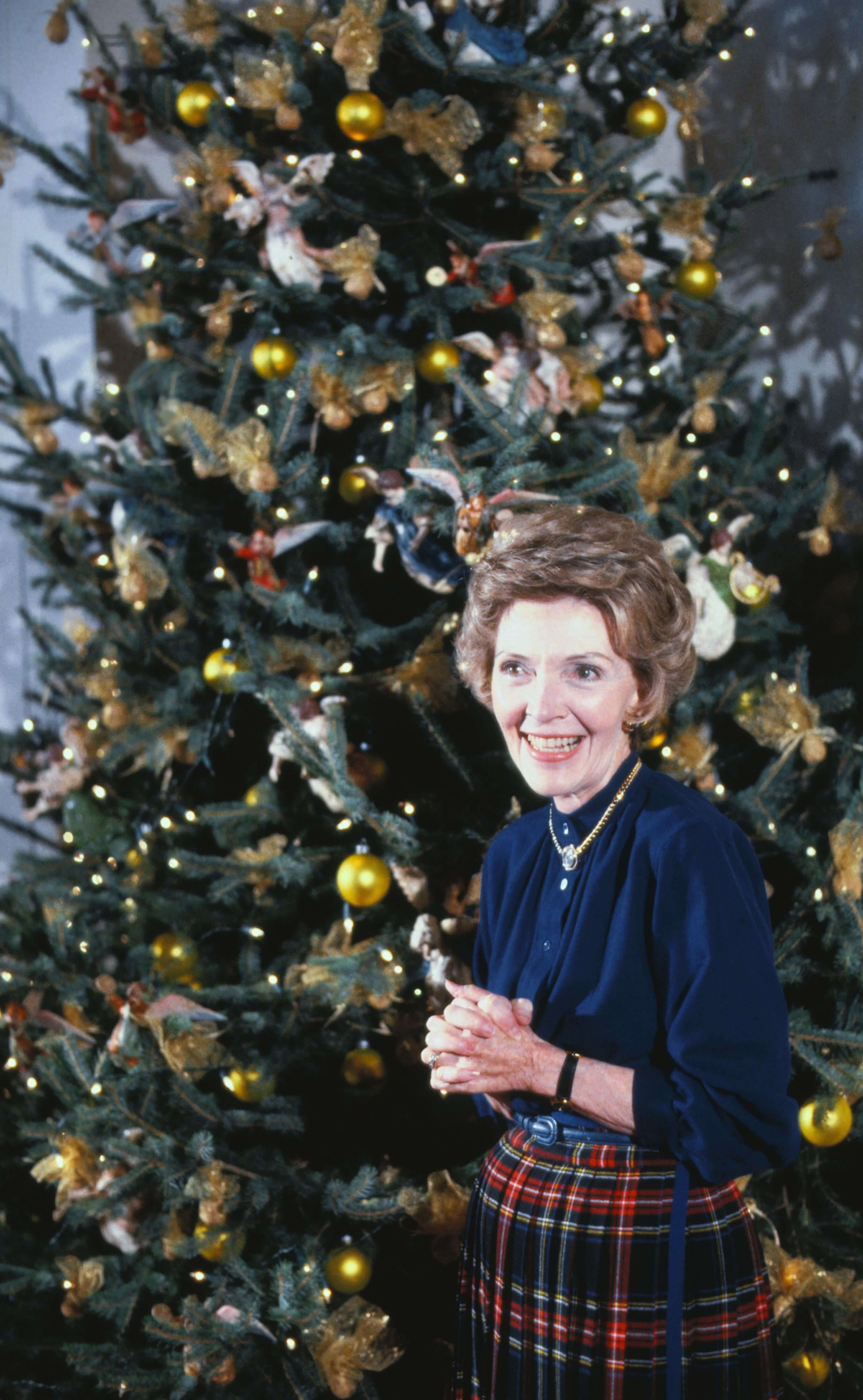 On her second Christmas, she decided to embellish the tree with gold angel ornaments with white lights. 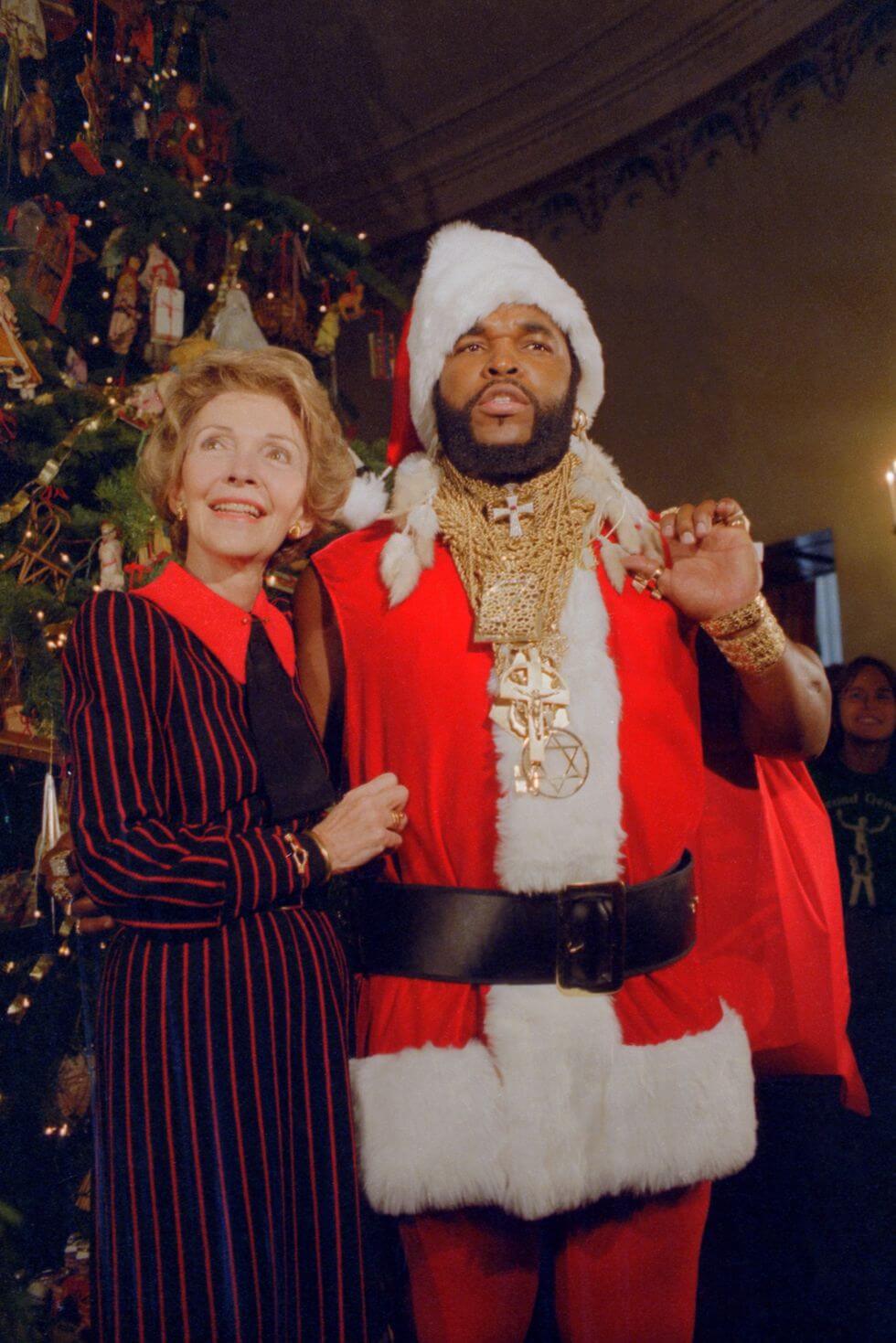 That year, the Nancy Reagon was accompanied by Mr. T (Star of the A-team), who was dressed as a Santa Clause. 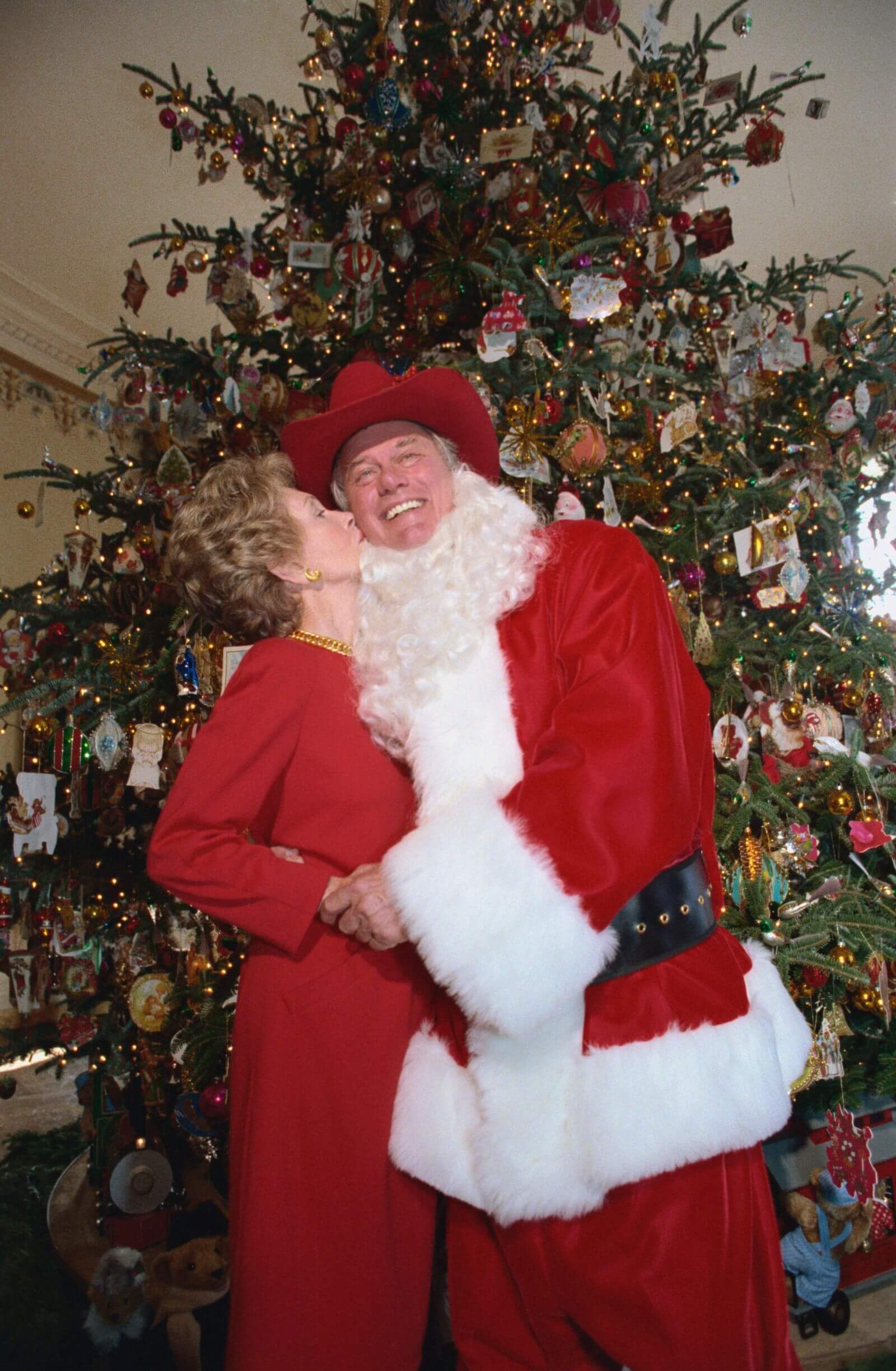 “Old-fashioned turn of the century Christmas” was the Christmas theme of the year 1985. And guess who the Santa was? Larry Hagman was showed up as a Santa for the Christmas White House tour. 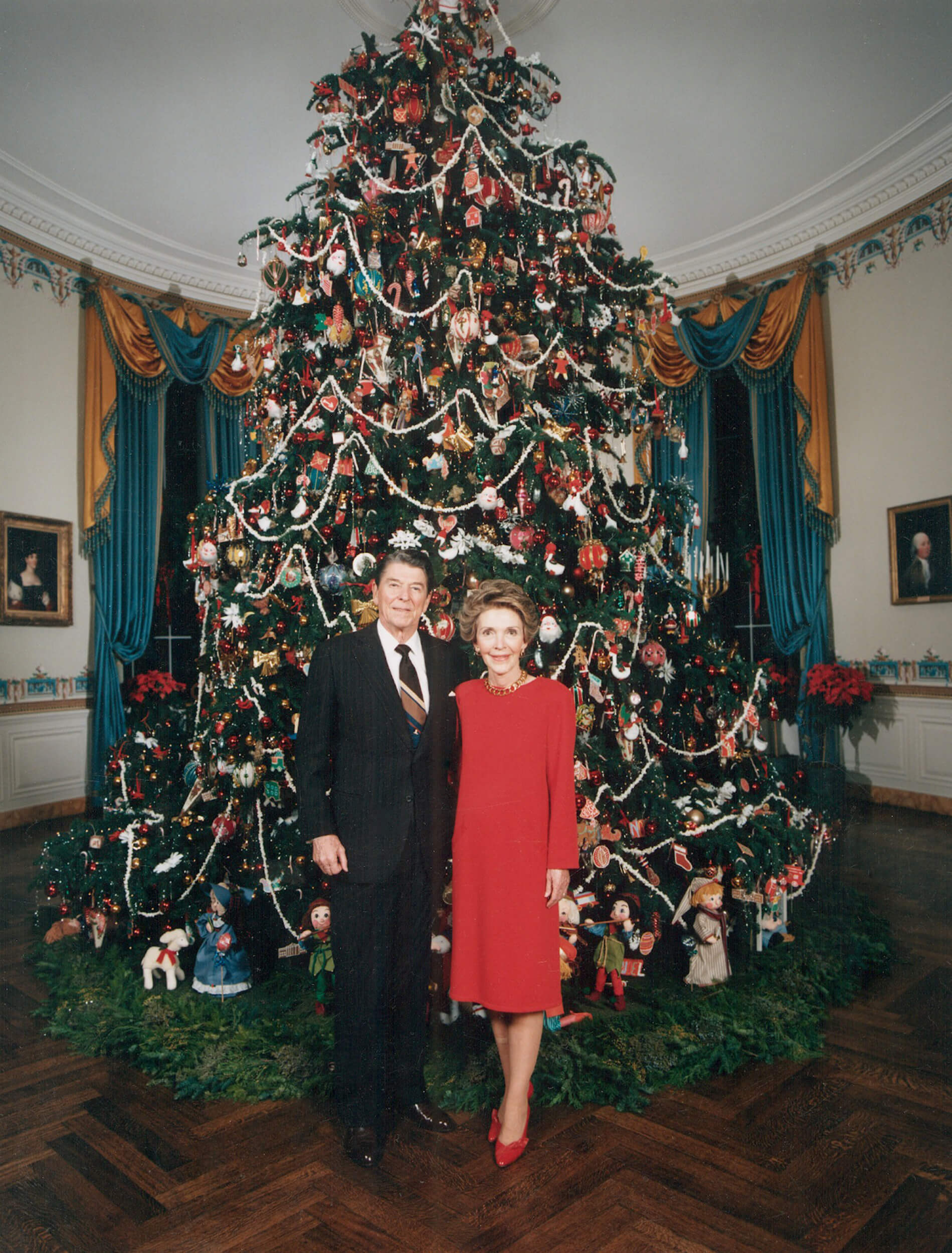 This year Reagon’s bring an 18.5-foot Fraser fir “ musical” tree. White House carpenters made 300 wood candles for this tree and some of the decors were reused from the previous celebrations. 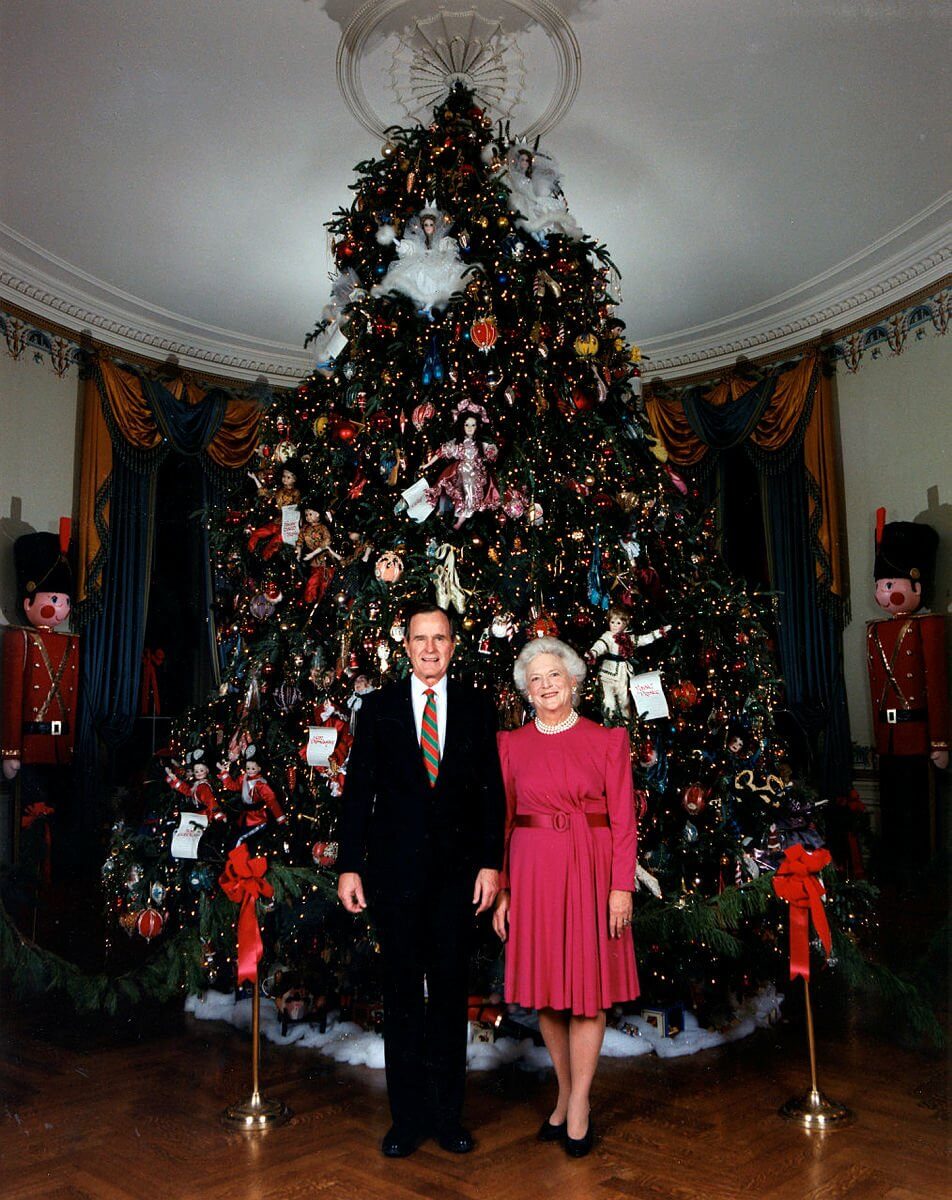 Barbara Bush decorated her first Christmas tree with the cute dolls, which are the famous characters in the storybooks of kid’s. 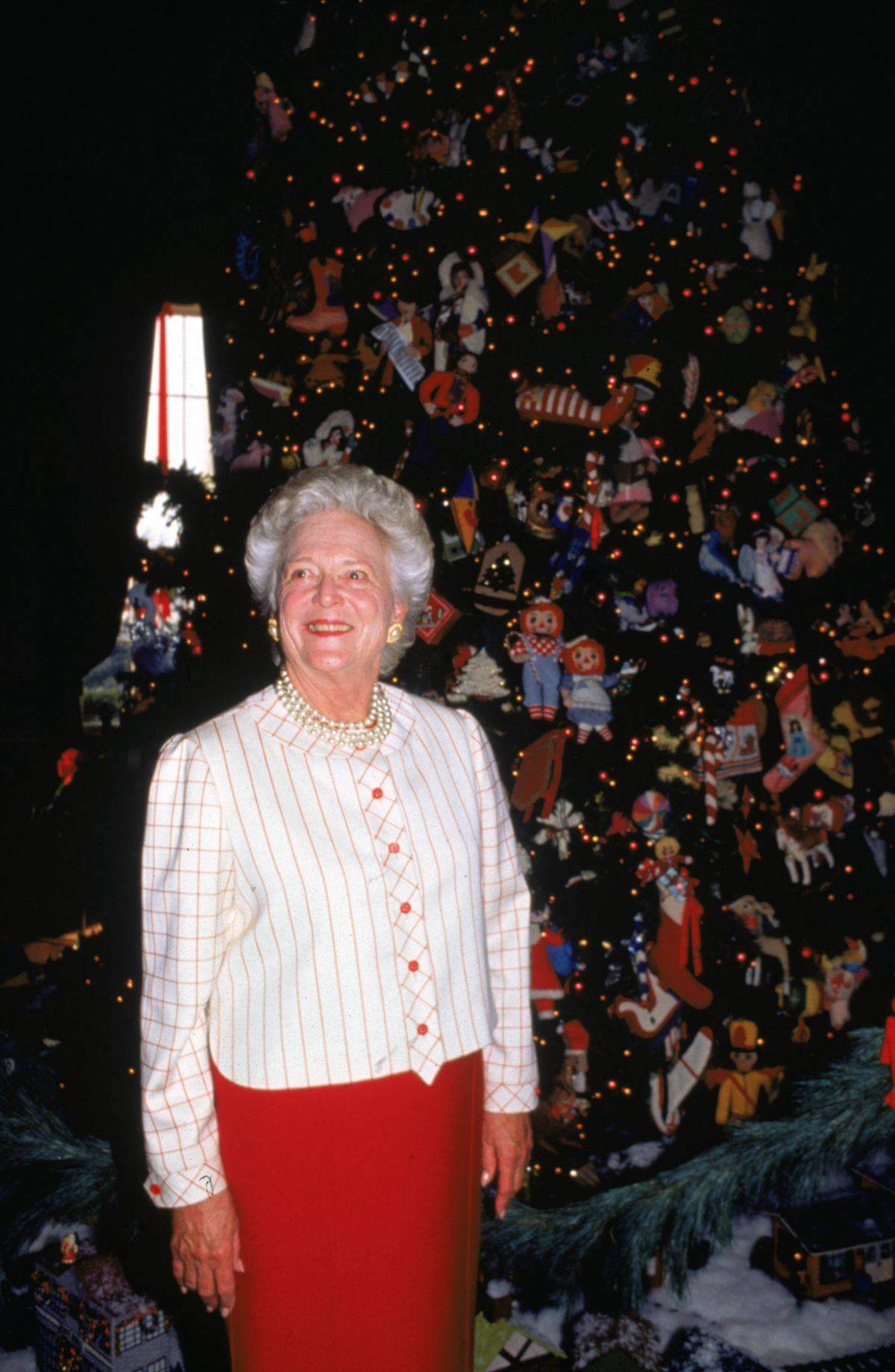 With the 1,200 needlepoints, ornaments, the blue room tree was decorated. From which, three ornaments were handmade by the First Lady. 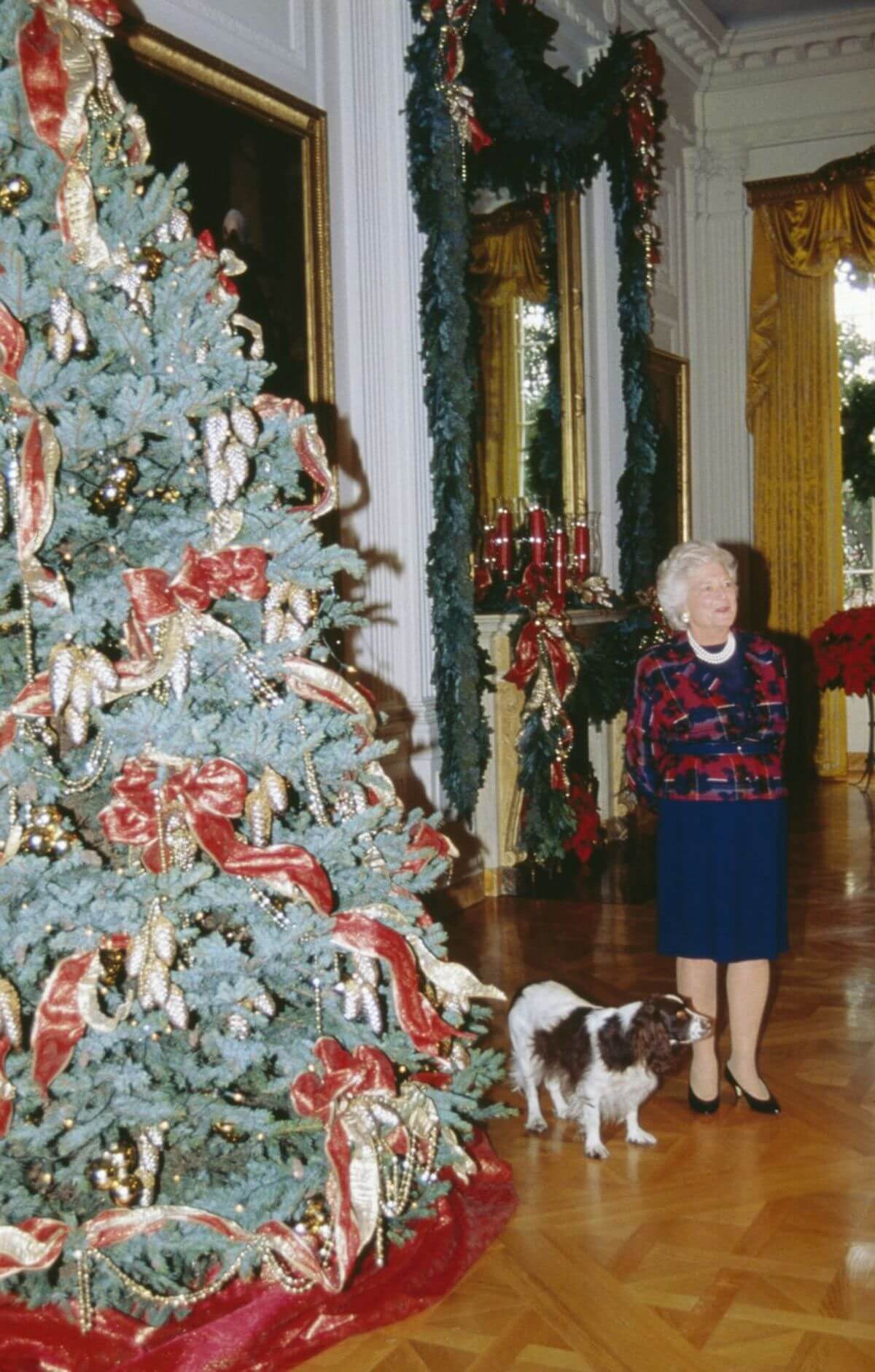 This year, the decorations are very classic and traditional. The Christmas tree was adorned by the giant red ribbons and silver ornaments. 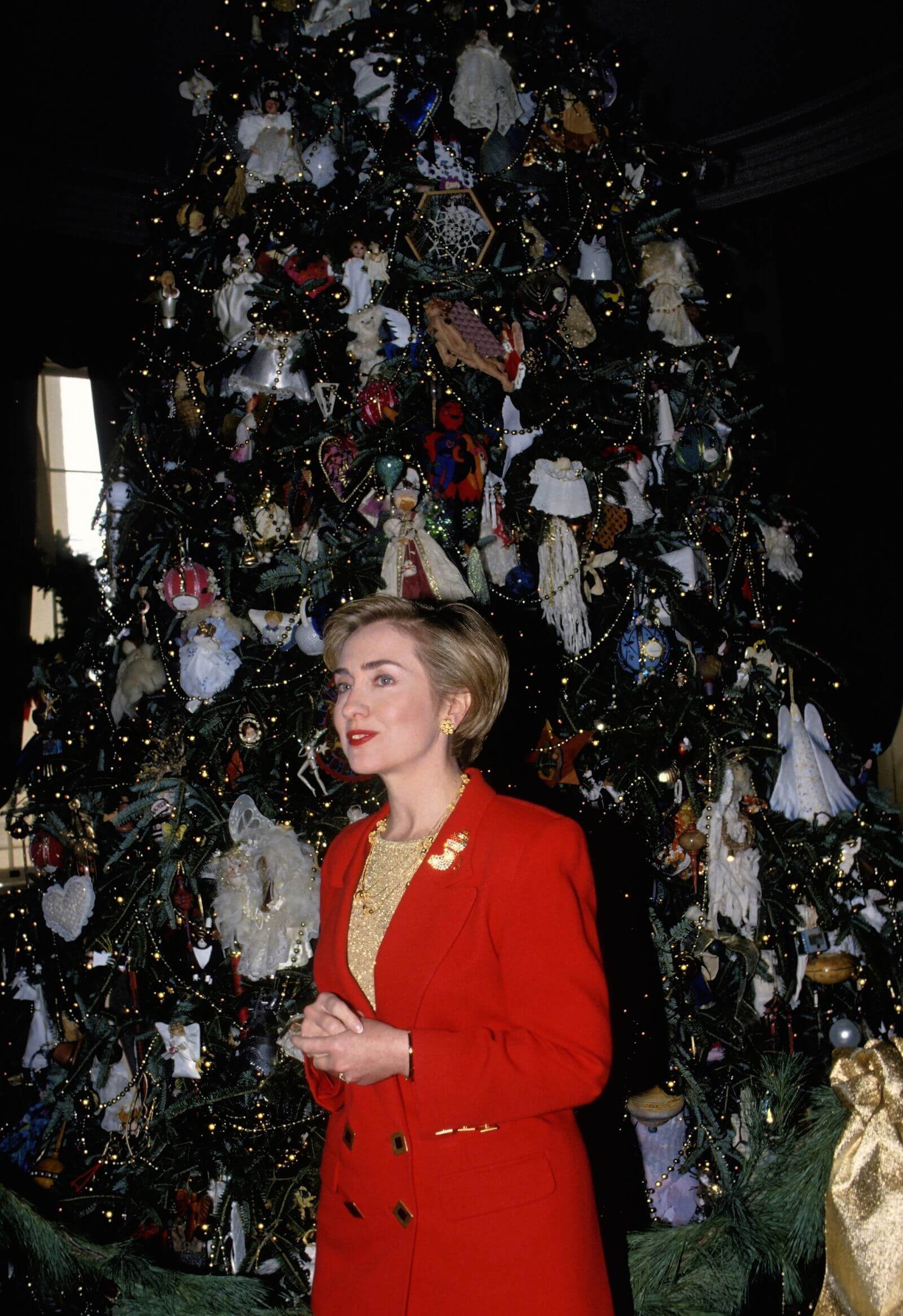 It was the first Christmas for Hilary Clinton. So, she decided to decorate a Fraser fir tree with cool and funky ornaments. 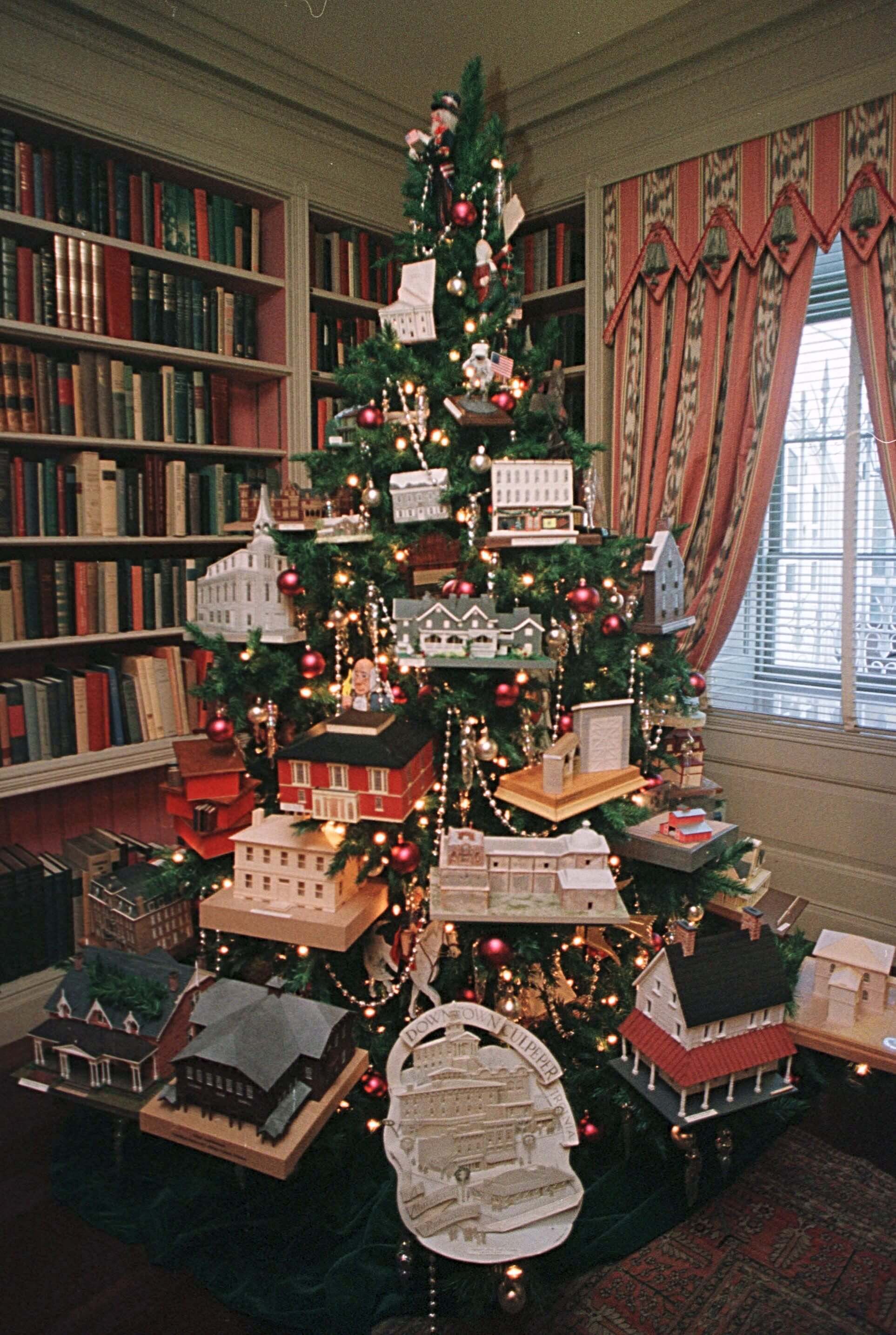 In the year 1994, the first lady includes an 18- foot tree in the white house Christmas decorations, which was made by American artists and School children. 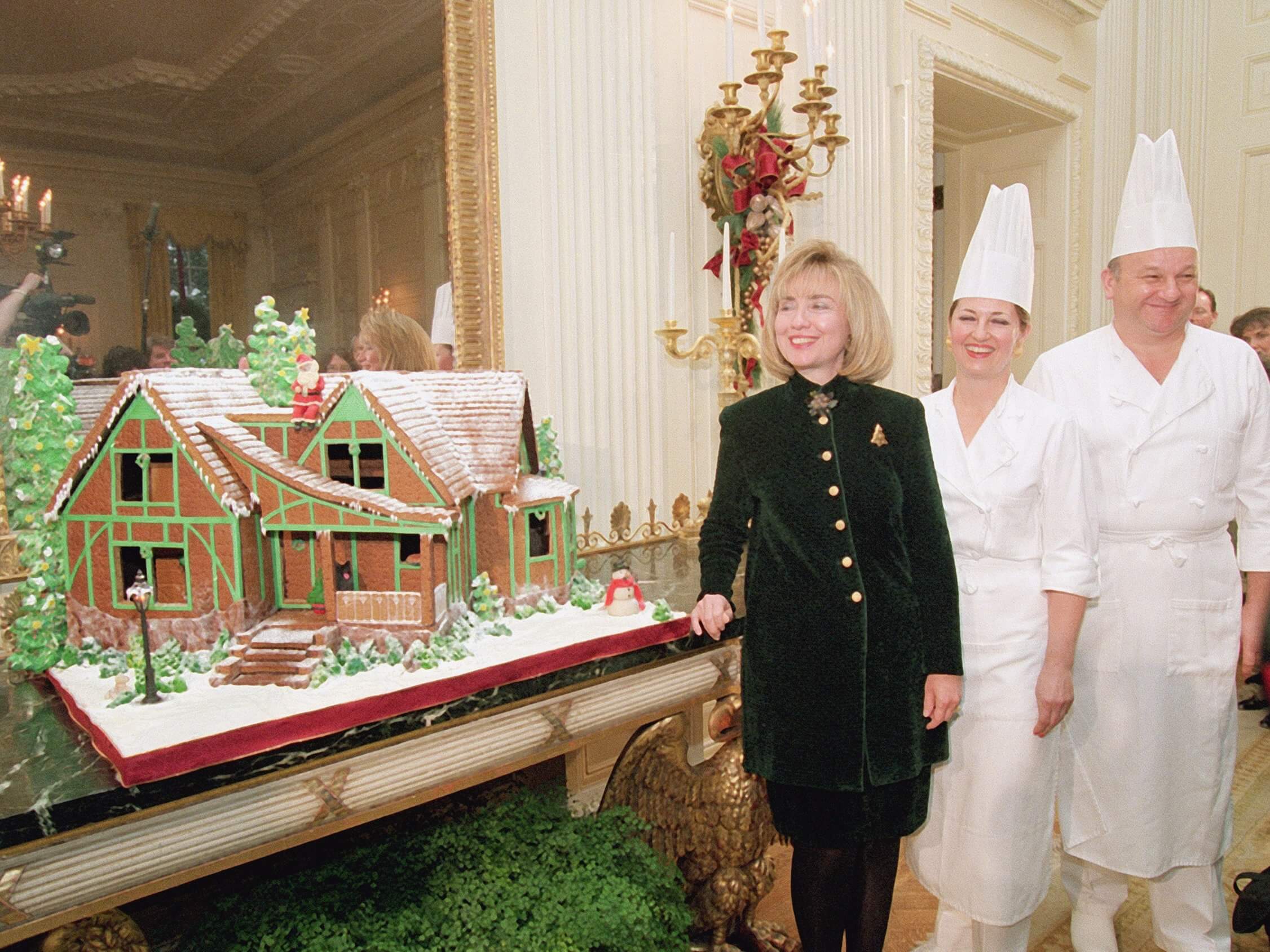 “Twas the Night Before Christmas, When All Through the House…” themes were expressed by the culinary and elementary schools, embroiderers and architects. The White House pastry chefs also prepared a 70-pound gingerbread model of Hilary’s childhood home. 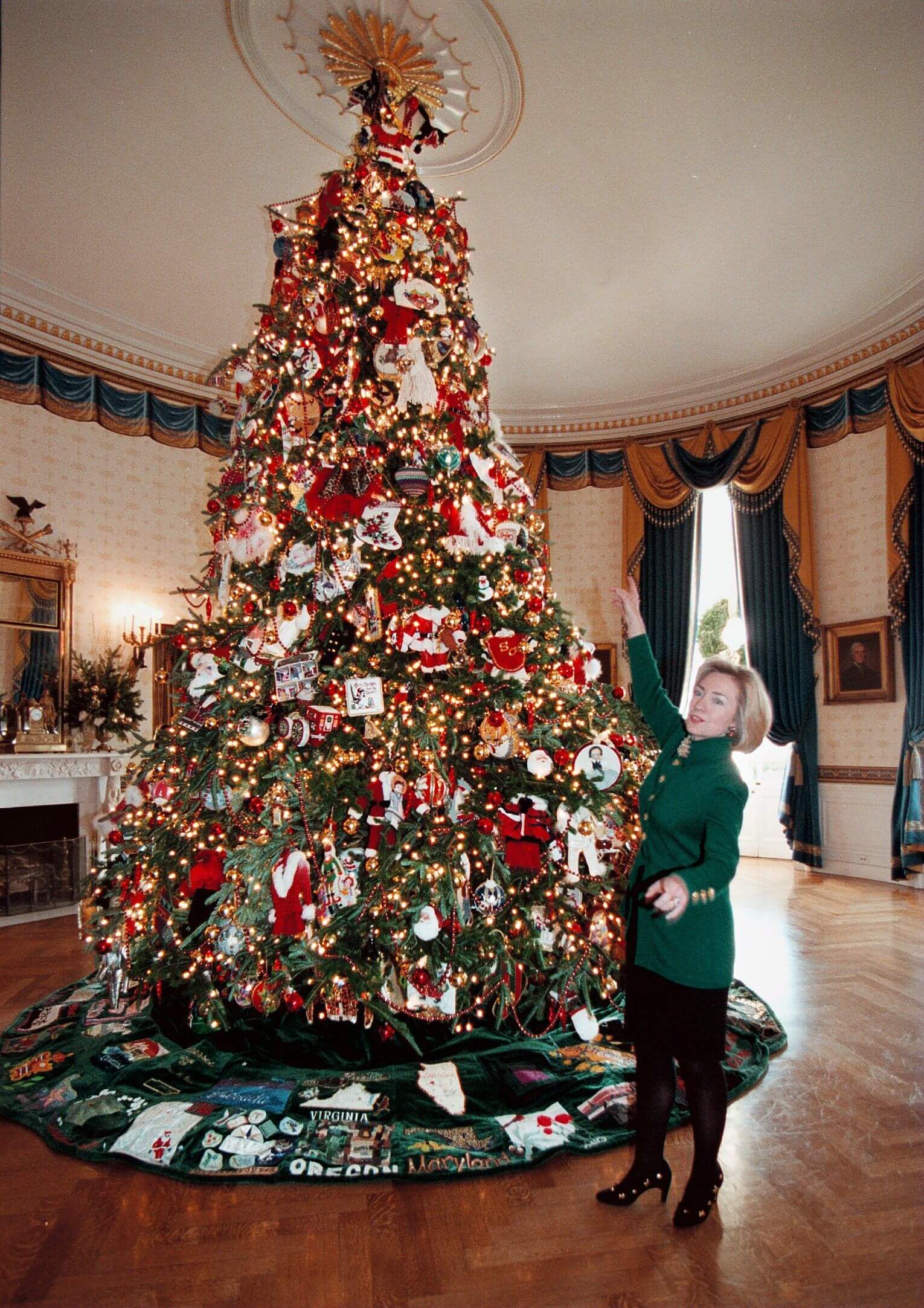 An 18.5- foot tall Christmas tree is installed in the main hall, which was made by the NNA (National Needlework Association). It is the Council of Fashion Designers of America. 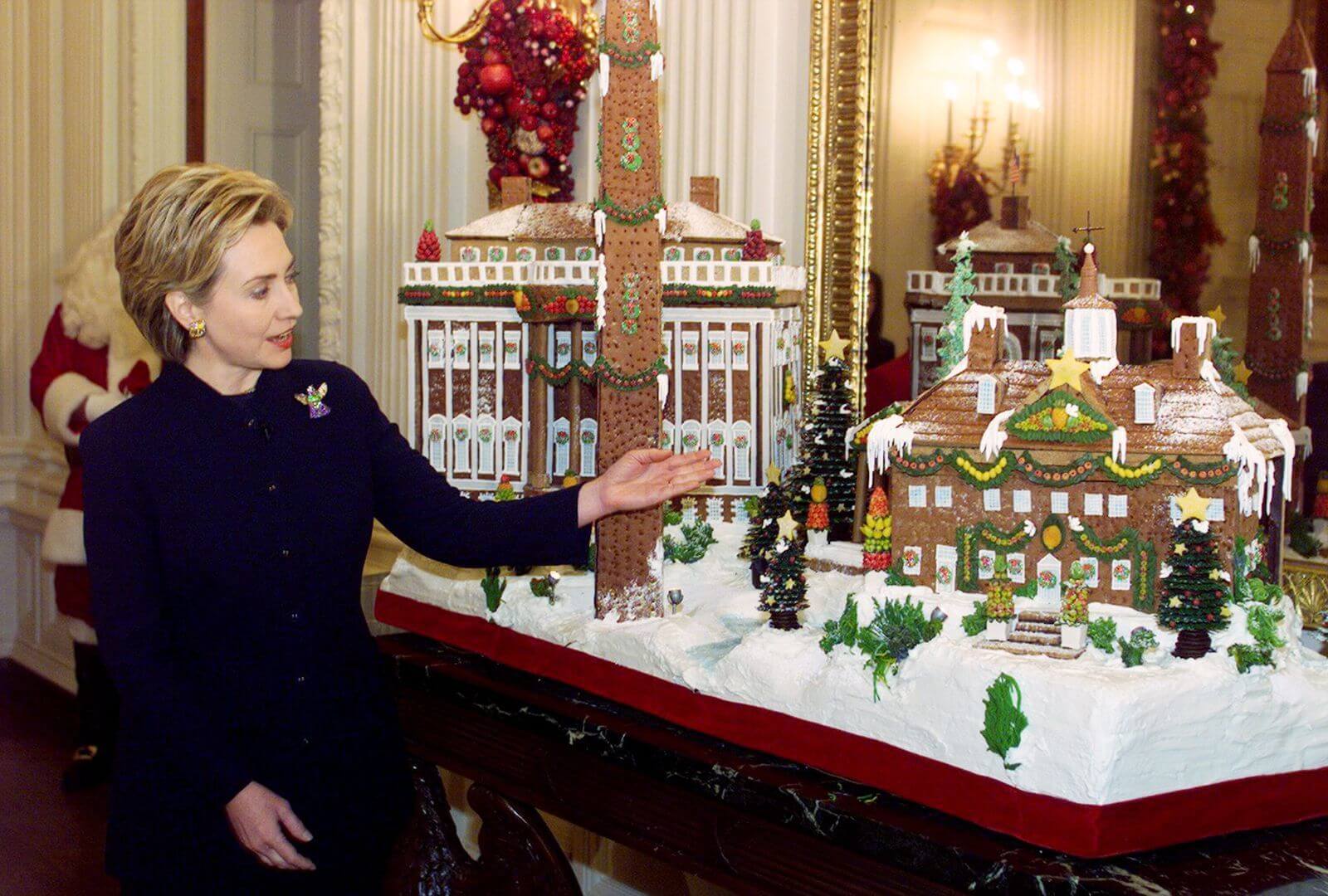 This main focus of this year’s decorations is the series of the gingerbread models of the Washington Monument, Mount Vernon, the Jefferson Memorial, and the White House. 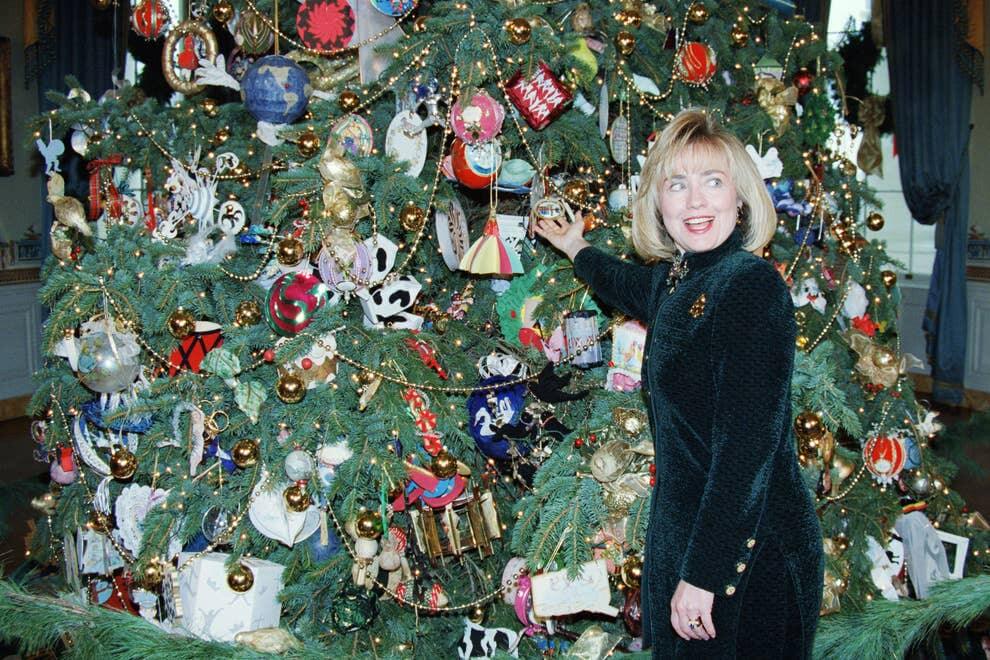 As this the last year for the Clinton, she selected the “Holiday Reflections” theme and decorated the tree with the miniature of the historical places.

After the terrorist attack (11 September) the Christmas tour had been canceled for the public. 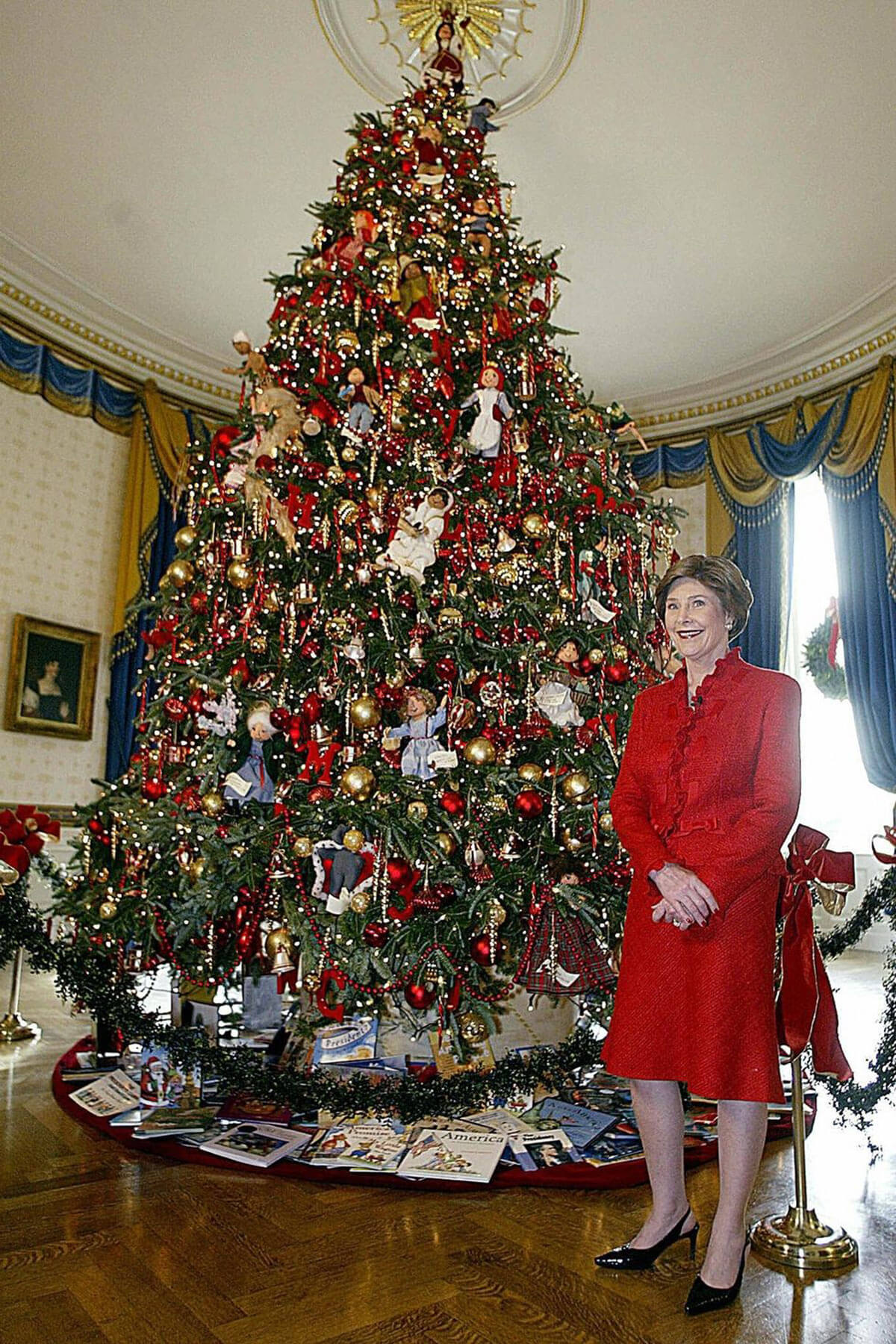 The first lady embellished the tree with storybook characters. By this, she shows paid homage to her mother-in-law (Barbara Bush). 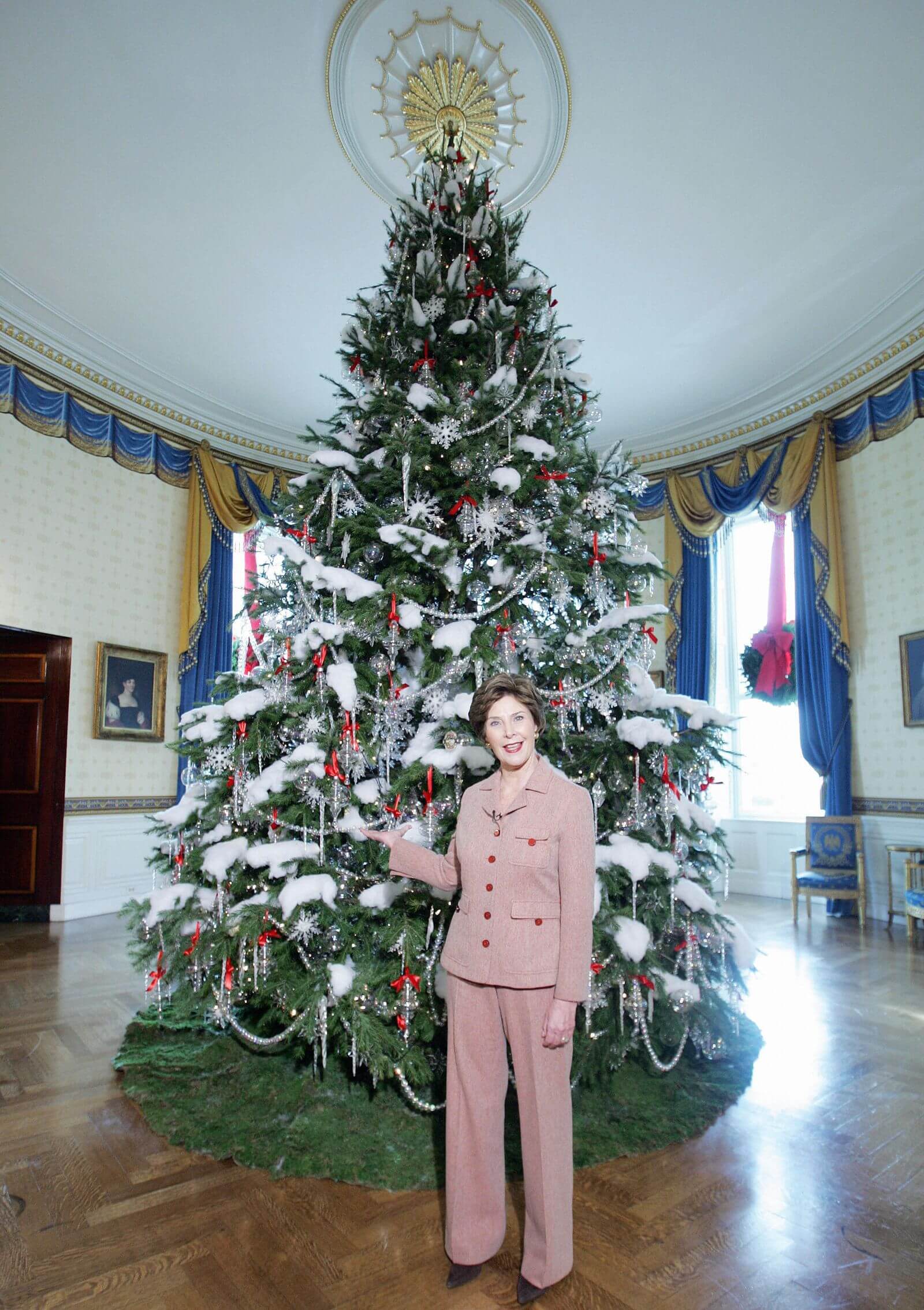 It had been felt like a white Christmas in the White House. With the “Deck the Halls and Welcome All” theme, Laura decided to decorate the tree with silver ornaments, red ribbons and lots of fake snow on the tree branches. 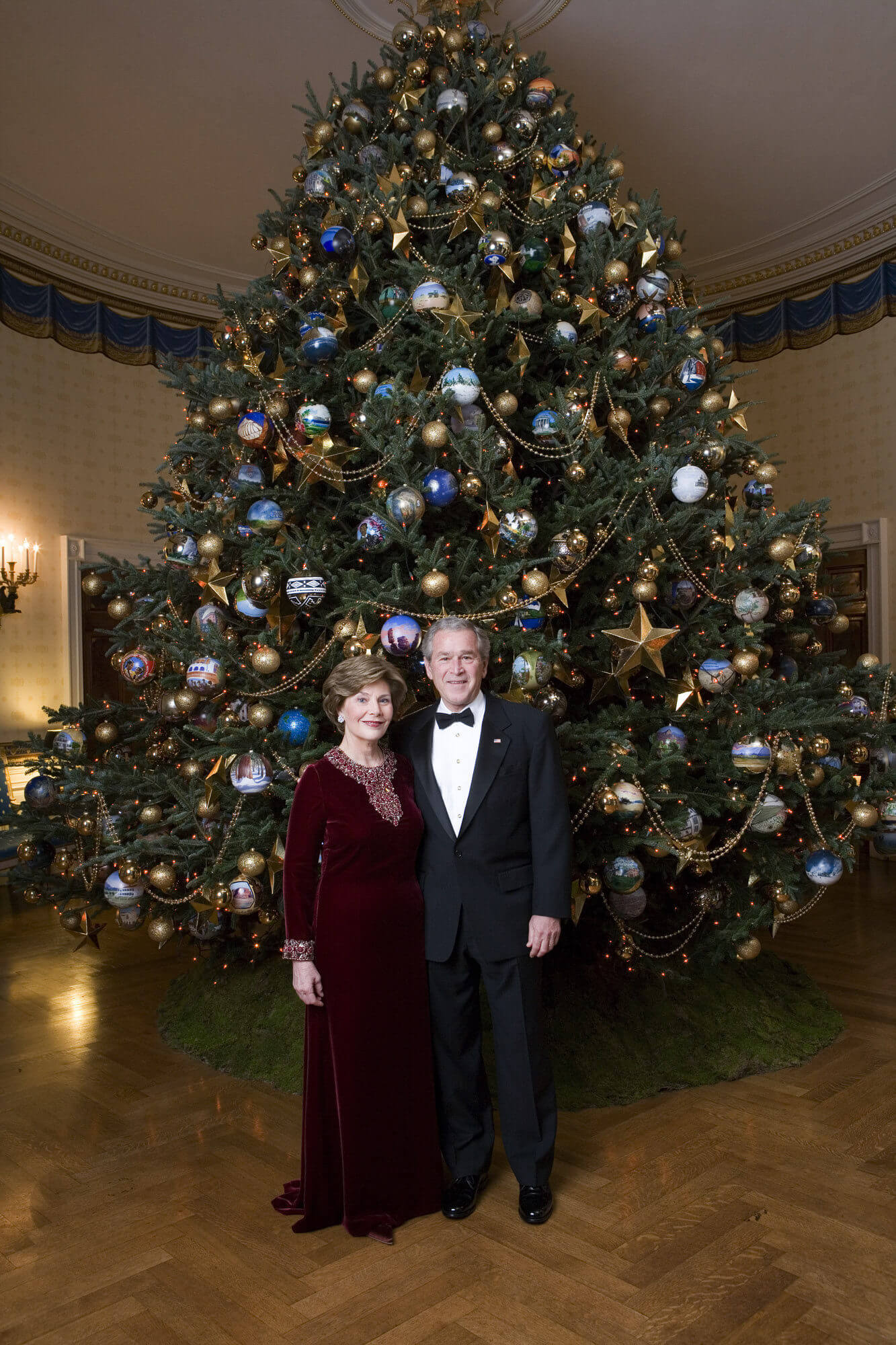 This year Christmas tree is paid tribute to the country’s National Parks. A total of 347 handmade ornaments was hanged on the tree. All these represent America’s memorials, seashores, parks, monuments, and historic sites. 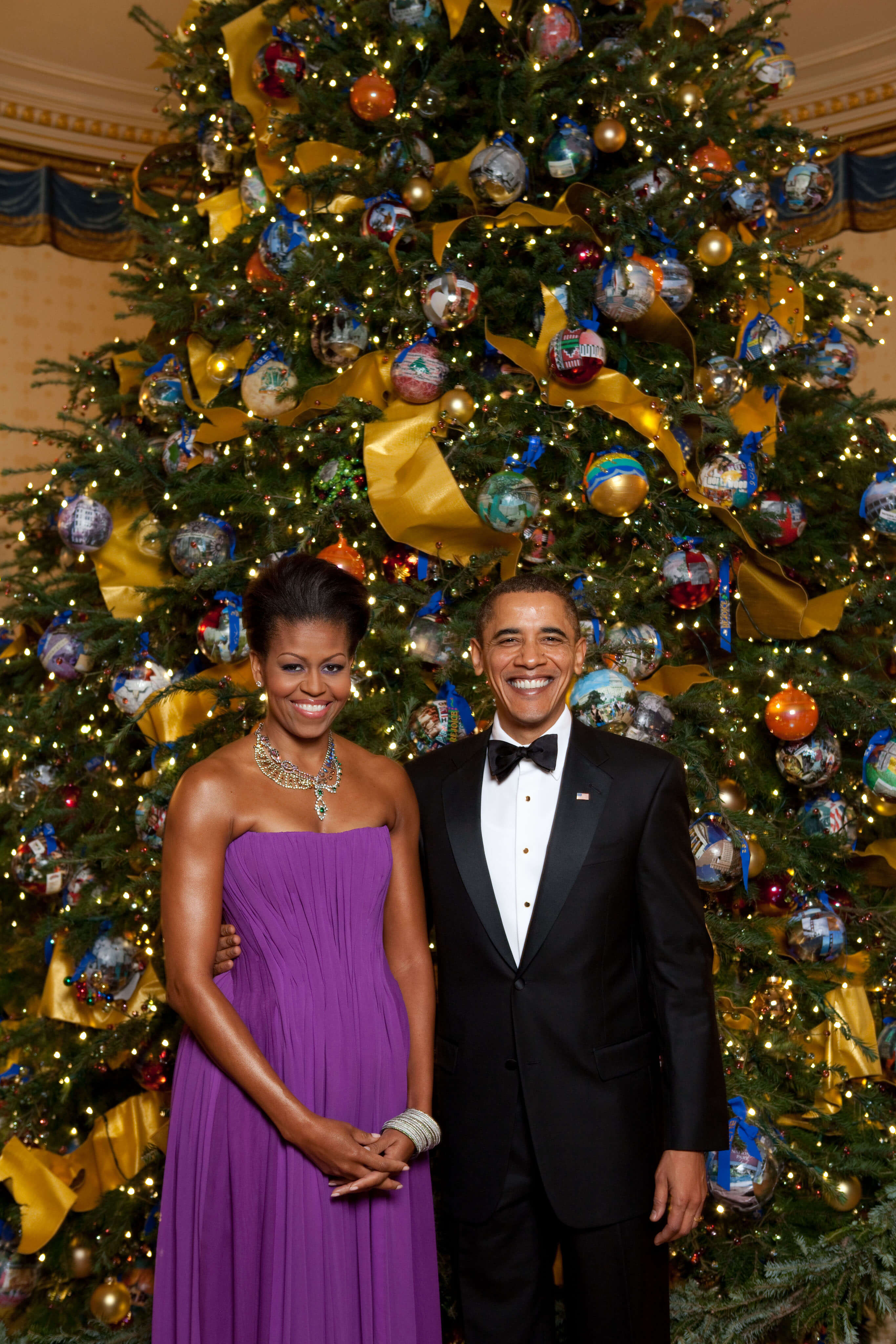 In 2009, Michelle Obama celebrated her first Christmas as the first lady of the united states. “Reflect, Rejoice, and Renew,” was an environmentally friendly theme for Christmas. After trees being displayed, National Parks Service replanted Six of them. 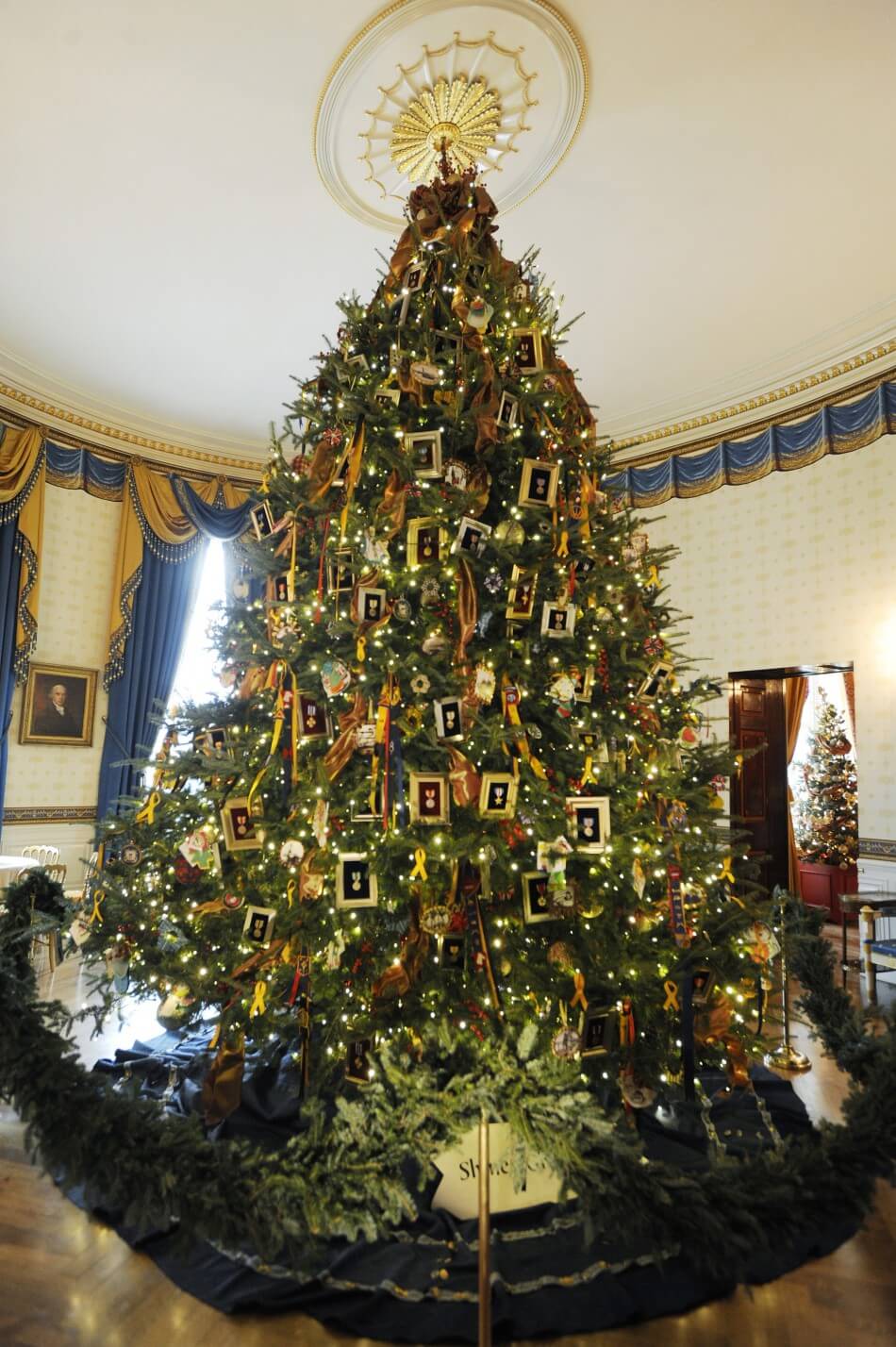 Michelle Obama wanted to shows respect for the people who serve the country. So, she decorated the main tree with the military medals and Christmas cards which were written by their families. 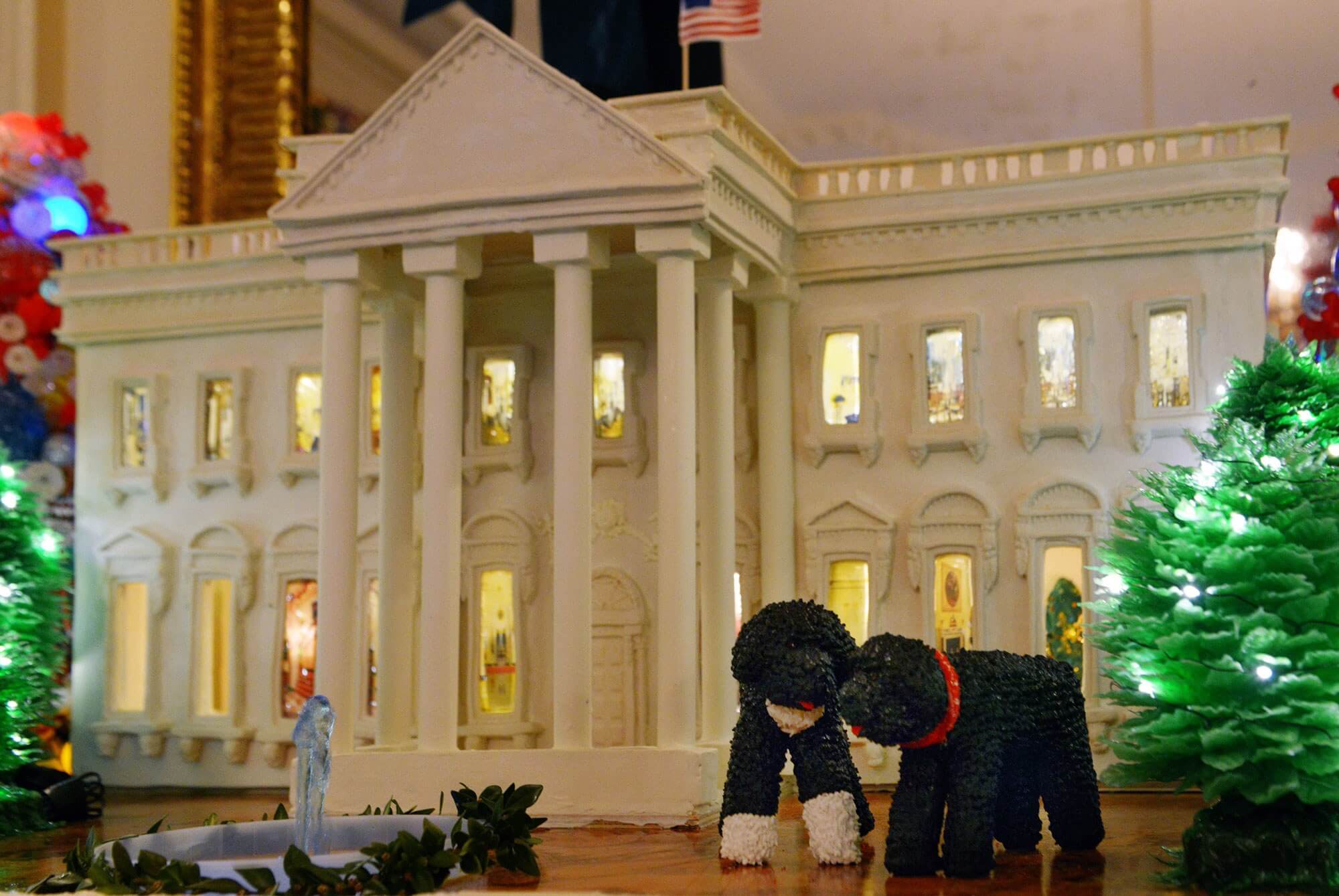 Obama selected the cool and classic theme of Christmas “ Joy to All.” This year they added a Gingerbread model of the White House, and also a new member was added to the family- Bo (Dog). 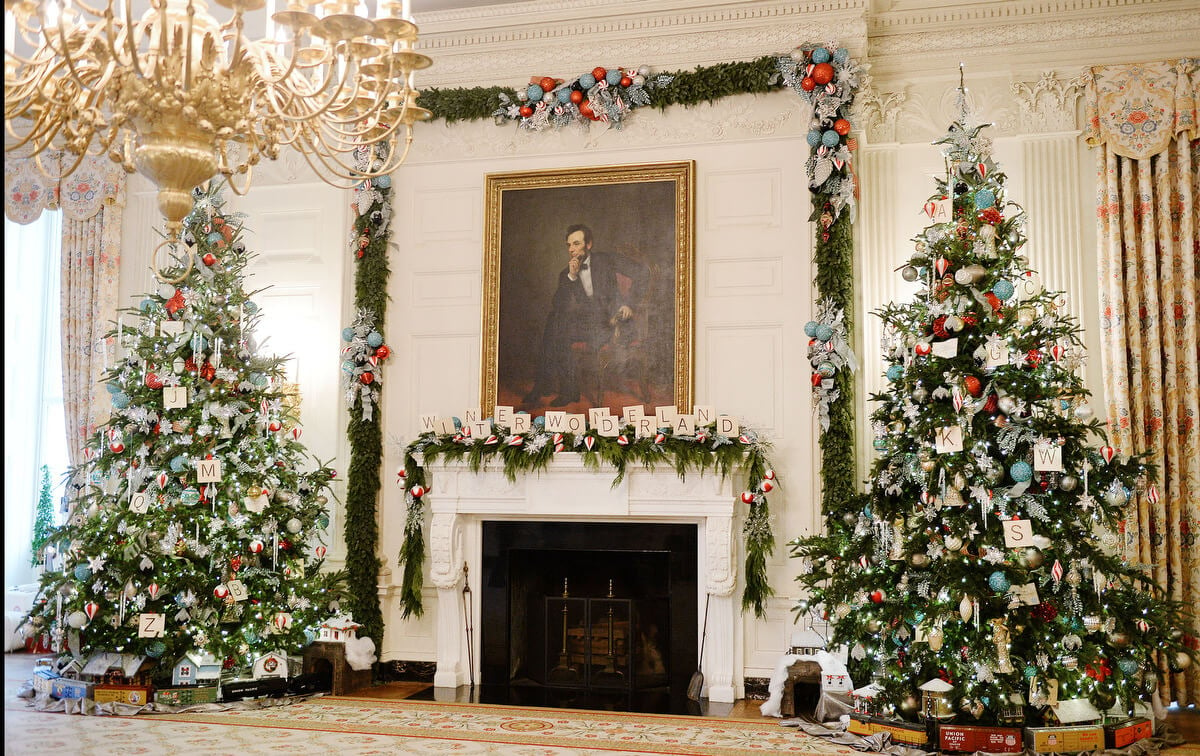 Michelle decorated The House with the theme “A Children’s Winter Wonderland.” she also invited defense personnel and their families to be first to visit the installations. 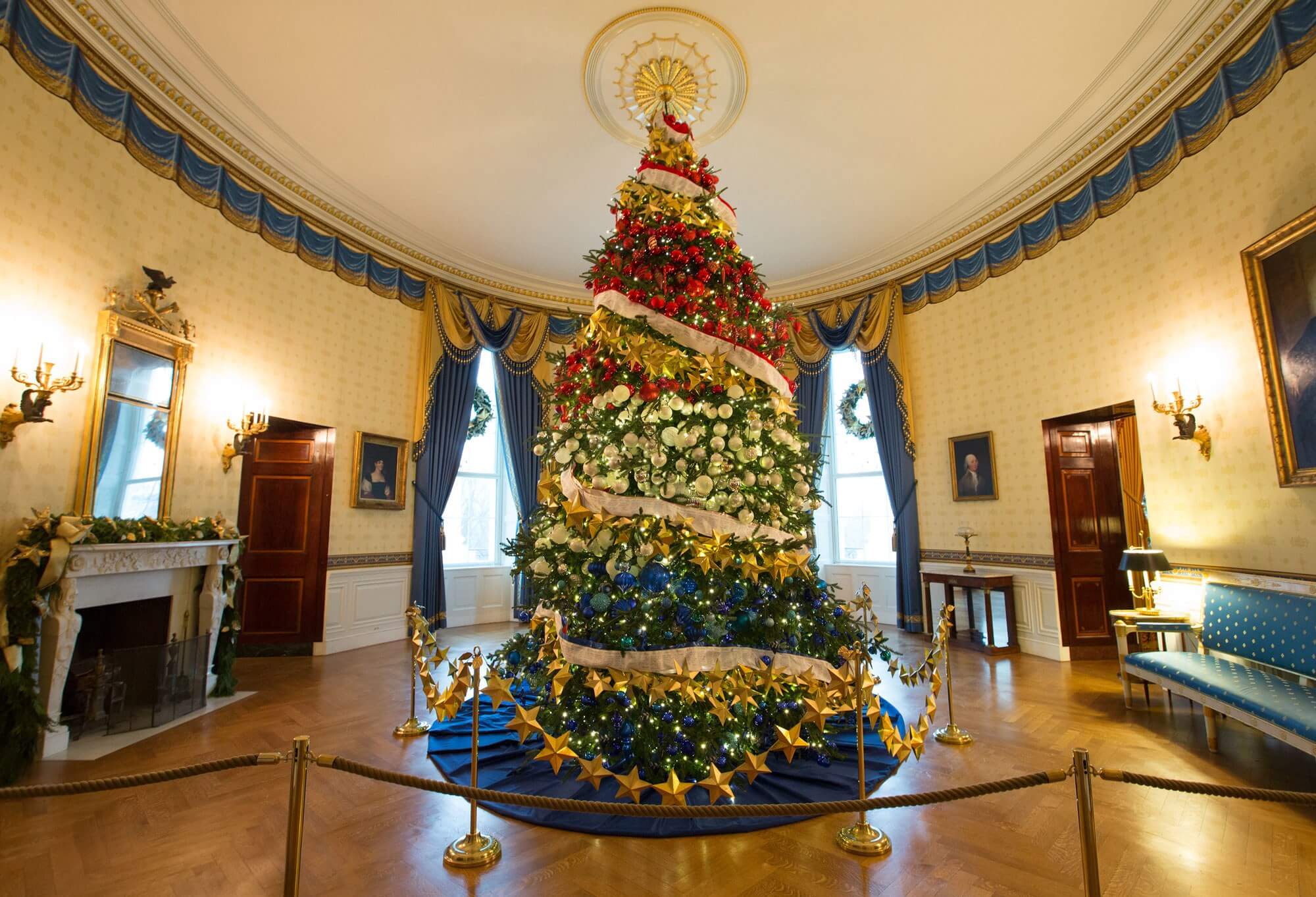 And, for 2015 she chose the star and stripes theme. She decorated the Blue room with a Christmas tree in multiple colors ( Red, Blue, and White). The tree was wrapped in a ribbon, which displays the messages from the U.S troops for their families. 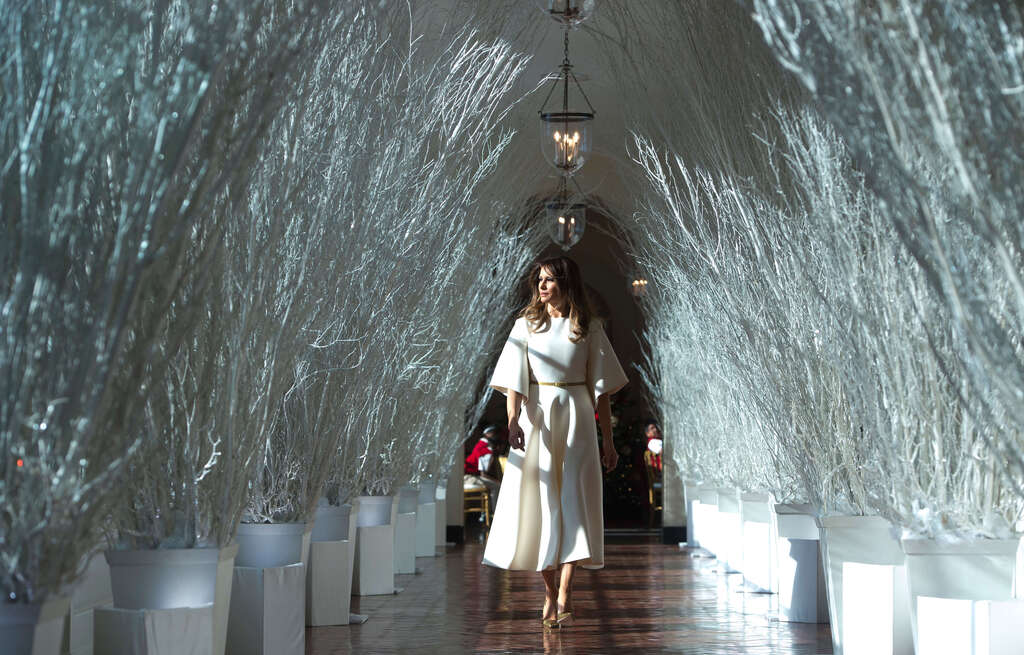 As “Time-Honored Traditions” was the central theme, the decorations were full of mysterious and surprising elements. The white house is decorated with 53 Christmas trees, 71 Wreaths, and more than 12,000 ornaments. Cross Hall and The Grand Foyer were decorated by multiple Christmas trees with beautiful crystal ornaments. Inspired by the 1961 white house holiday “ Nutcracker Suite” theme, all Christmas trees were covered with the artificial snow. 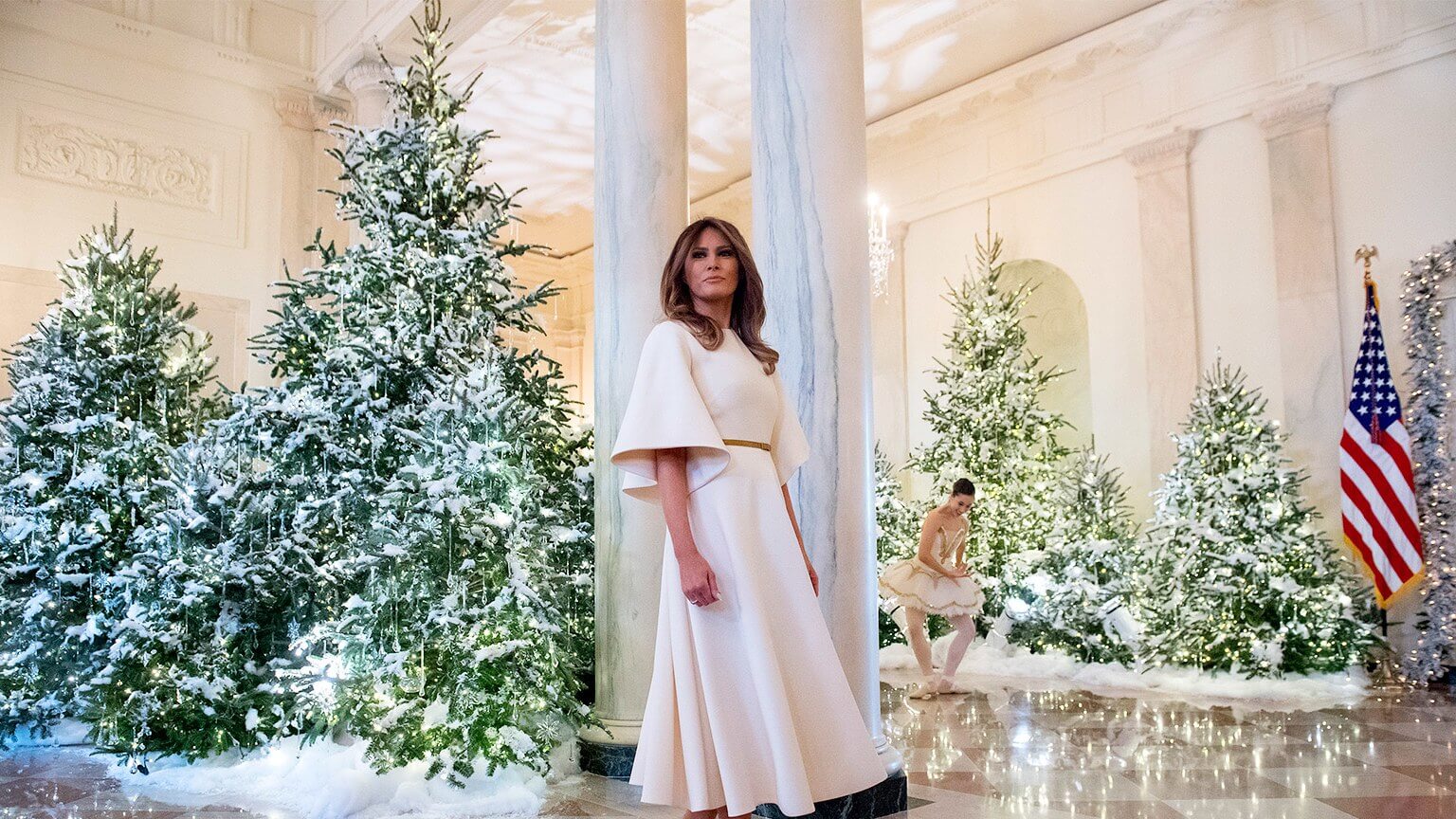 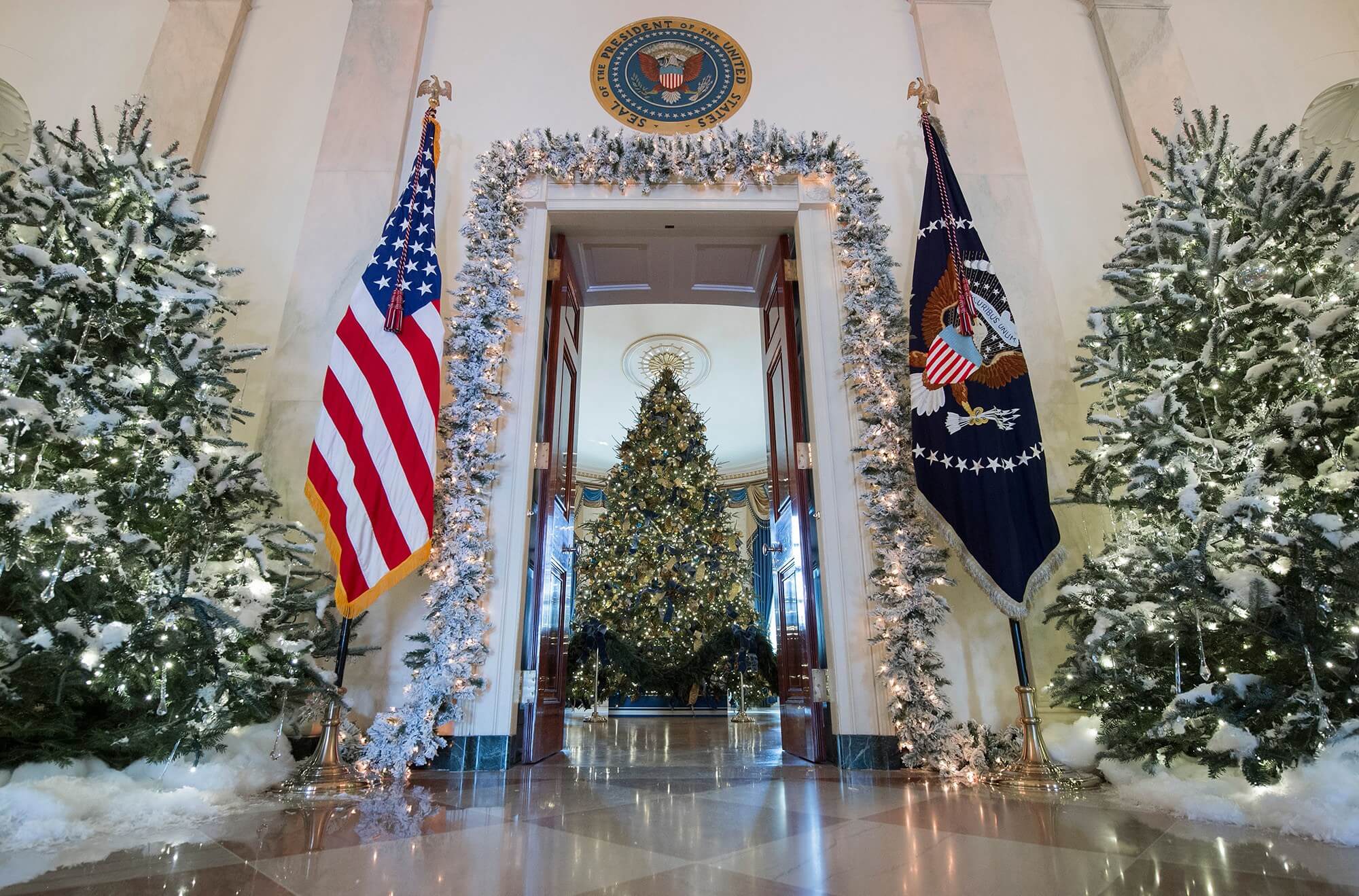 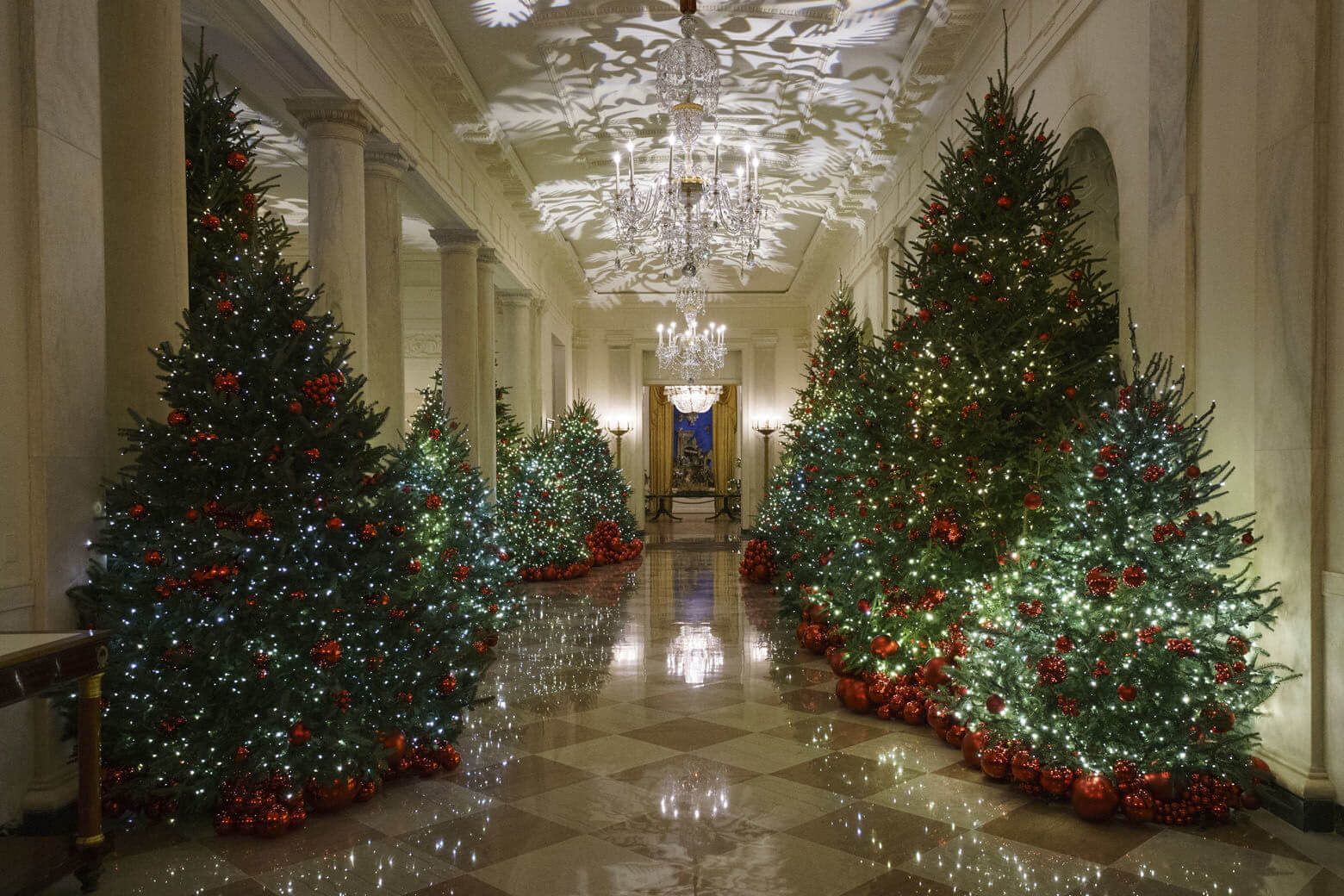 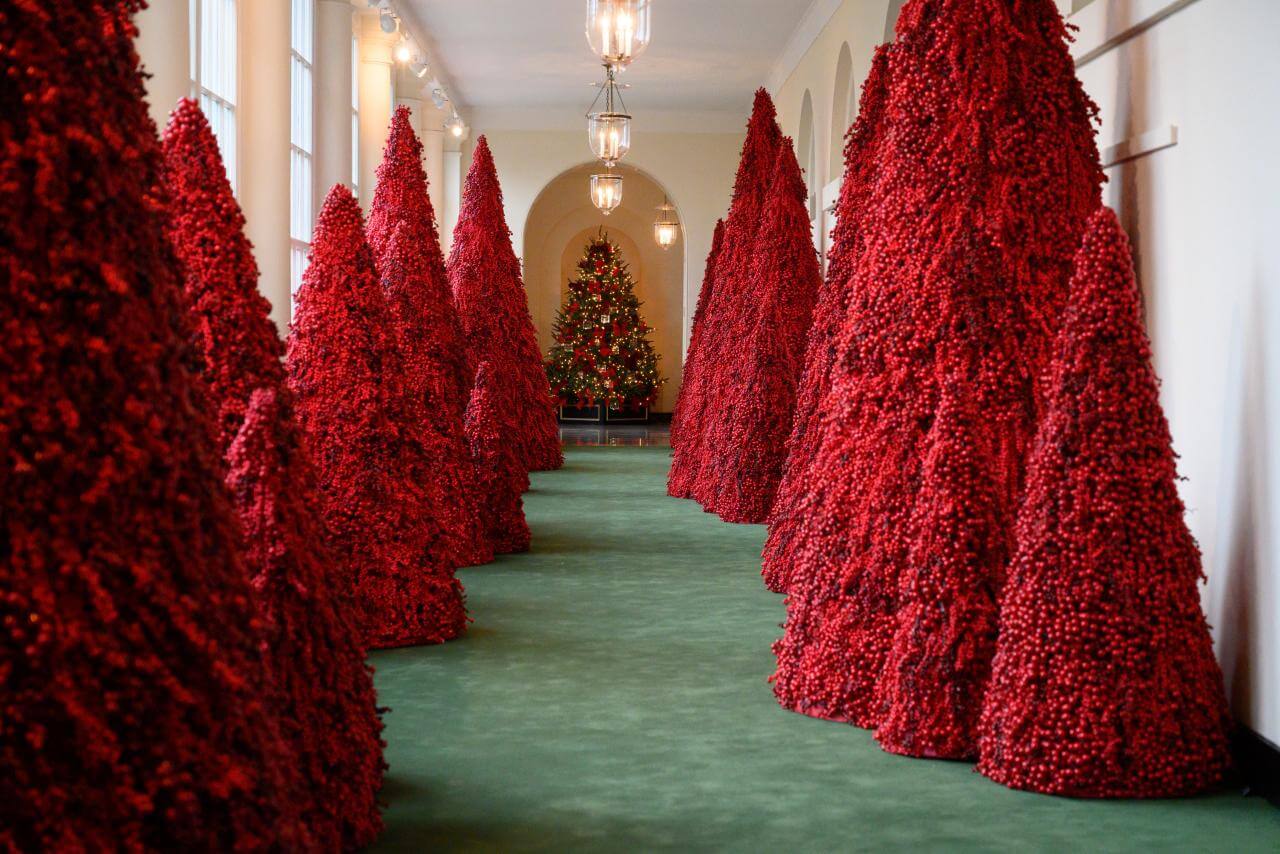 Like the last year, this year, Melania Trump will definitely have some unique and exciting ideas to decorate the White House at Christmas.

So, how do you feel after reading this? Definitely, the decorations are Bizzare but with full of festive vibes. There is always a specific theme, and according to that, all the decorations were set. So, of which year you liked the Christmas decoration theme of the White House the most? For more festive season home decorations, visit Architecturesideas.

You can always find chairs wherever you go, whether at home, the office, or outside. We frequently overlook the importance …

Latest Wooden Bed Designs That You Can Consider for Your Room