Gothic age is the period of art and architecture that was preceded by the Romanesque. It is normally regarded by many architects as an era where very significant architectural achievements were realized. In the early 12th century, the Romanesque form of architecture had begun giving way to the Gothic one with many of the structures coming up adopting the latter’s theme and style.

The word itself (gothic) was first applied as a negative term to imply the low work quality of the Barbarian Goths. The modern architectural world, however, agrees that this was a period of significant architectural transformation and that contributions from the era in a way shaped how architecture is viewed today. Different geometric systems were employed in the design of gothic structures in diverse cultures. Each system had a slight variation with respect to the intended application.

Different shapes were used in the generation of architectural elements, for instance, painted windows. This writing will seek to study the differences in the geometrical patterns used in the period as well as their significance. The relationship between the patterns employed will also be analyzed with respect to others.

The most widely recognized gothic style is the Gothic arch. Its shape is as shown below and forms a major part of the gothic architecture.

The gothic arc as a structural member has a number of advantages as well as disadvantages. For instance, it needs to be higher to span the same length as the normal arc and, as such, more material will be applied for the technology. The loads are transferred with a larger vertical component as compared to normal acts which transfer most of the loads by a larger horizontal component.

The outward thrust generated by gothic arches is, therefore, less as compared to those in normal arches and this implies that the forces are easily contained. The materials required in the construction of gothic structures will hence need to have higher compression strength and this suitably fits the material commonly applied that includes concrete and masonry which stand up to compression quite well.

Much less internal resistance is offered by arches made up of ordinary concrete and such an arch will only be able to carry massive loads if the generated loads are resisted by structural components working on the side of the structure.

The ribbed vault also formed a major type of geometrical component of gothic architecture. For instance, looking at the ceiling of the basilica of Vezelay one can notice the segmented nave into bays and the fact that each bay’s ceiling is a groin vault obtained by the intersection of two barrel units that are cylindrical. Two stripped semicircular arches bound each of the groin vaults and this gives rise to intersecting circular arches. They can be seen as the dashed curves in the diagram below:

If the two cylindrical surfaces are replaced by an arched surface that points the Gothic arch in vertical cross-section, depicted semicircular arches at the boundaries of the two-barrel vaults become transformed into a pair of Gothic arches. If the two crossing Gothic arches are built then geometric curves are formed into structurally relevant facades able to support a given load.

The grid forms the structural skeleton of the gothic ribbed vault, which was critical in the development of gothic architecture. Basically, it provided developers with different      design ideas. The ribs are used as the primary structural components. The spaces that were held between them did not have much structural significance and, as such, could be filled with designer masonry walls.

The ribbed vaults provided greater structural resilience and were also lighter making it easier to construct and it went along in making possible a number of architectural inventions. The ribs configurations on the ceiling of the nave and transept determine to a significant extent how the general appearance of the building would be. The points where the ribs converge will form the lines where the columns would be located to run down the sides of the nave.

The outward forces generated by the vaulted ceiling are also supported in such a manner that they are supported with the columns at the point where the ribs converge. The half arches tend to exert pressure on the sides of the wall. Flying buttresses are used to resist the forces.

Walls do not significantly contribute to the structural integrity of gothic structures and, as such, a lot of space is used to provide for windows. Windows are therefore normally large, a fine characteristic of the gothic structure. They are usually filled with glass windows with tracery panels framing them.

The walls can also be constructed thin enough enabling the building of structures that are much taller than those that had been built in the Romanesque period. The overall impression of the combined geometry was a vertical souring impression which formed one of the main characteristics of the interior of Gothic structures.

Perpendicular Gothic style in England was characterized by the predominance of lines that ran vertically on the surface and the stone tracery of windows. This resulted in window enlargements to even much larger sizes making the interior façade get converted into a single unified vertical expanse. In the latter days, however, fan-shaped clusters of tracery were used to replace the typically pointed vaults used in gothic architecture.

Sacred geometry also formed an important aspect of gothic architecture. It refers to the spiritual beliefs that different cultures attach to structures. Certain geometric shapes, as well as proportions, have symbolic meanings ascribed to them derived mainly from nature, but also mathematical principles therein. This aspect covered logarithmic and organic curves as well as neo-platonic curves and pythoregean.

The type of geometry was independent of the physical appearance of the final structure as they were solely focused on achieving the spiritual intention for which it was designed for. Mostly, they inclined towards harmonization with God’s natural creation such that the required intention would be achieved. They were also seen as powerful representations of important concepts of the divine nature and that of vital philosophical and cosmological depiction. One of the most important geometrical sources was the human body with respect to the different proportions as a culmination of God’s creation.

The form language in the construction of medieval churches incorporated a geometry that could enhance the provision of supernatural powers and protection against those that would bring destruction apart from creating a sense of peace and calmness. Form language, in this case, was not to the address of human beings but rather those of heaven and putting up such structures without the touch of heavenly impressions would not be ideal enough.

A sphere and a circle, for instance, were seen as some of the most heavenly impressions representing eternal power and omnipotentence. On the other hand, a square was seen as an earthly shape and would therefore only be used in the depiction of earthly aspects and human behavior. From these aspects, two important rules were adopted for gothic geometry: That all constructions needed to begin with a circle especially if they were of religious use and symmetry was to be maintained throughout the construction.

It was believed that any building that did not observe symmetry would lack stability normally attributed to the universe interact with symmetrical structures. Although the main reason for starting any construction with a circle was that architects were aiming at a design that could “bring heaven down to earth” also more cognitively was that they were unable to develop other shapes such as octagonal and true squares without employing the use of a circle. The most prominent patterns produced during the time were, therefore, those developed from squares inscribed inside circles as well as those from inscribing triangles into circles. Euclidian geometry was, therefore, one of the most preferred geometries of the gothic structure particularly the cathedrals. 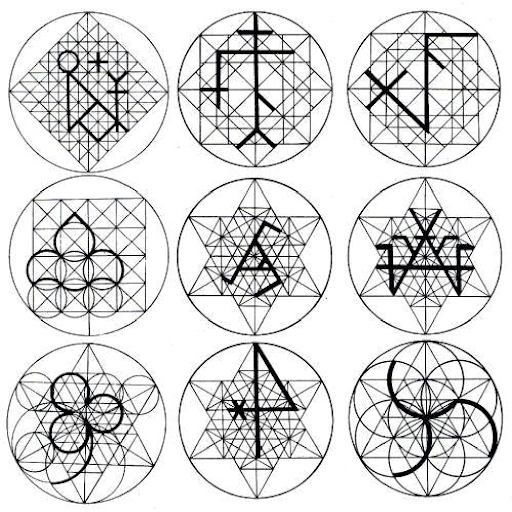 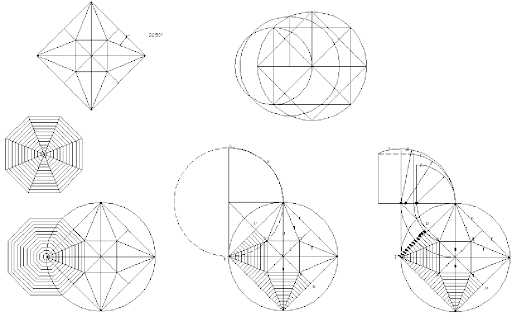 Ad quadratum and ad Triangulum are normally seen as imaginary, proportional, and working lines in the design of medieval churches as shown in the diagram below; 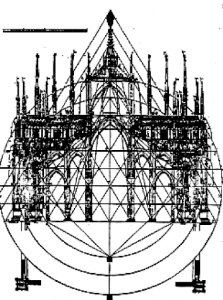 Fractal geometry is the type informed of the laws of nature’s language together with the pr ogress that had been realized in geometry at the time. It is also in the cathedrals that this type of geometry has been widely used. A fractal pattern refers to that one which repeats itself at different scales to an infinitely large or small scale with respect to the application at hand. The volume, perimeter, and area often arise in the fractal development and as such the practice required diligent geometric progression for implementation. Most of the vital aspects of nature can also be captured using fractals and, as such, it forms an important part in the design of religious buildings. Examples of figures showing geometric progressions are as shown below: 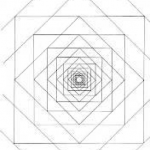 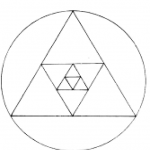 All over the universe, especially in the sky, one can be able to notice fractal forms. Some scientists even believe that human brains are optimized in order to be able to process fractals and, therefore, the human cognitive system is well familiar with constructs involved with fractals and that explains how the early scientists were able to comprehend aspects that involved it.

Fractals architecture is believed to have the ability to provide an artistic interpretation of the physical world and as such express the creative, dynamic, and self-organizing nature of the universe. The self-similarity of fractals is believed to stretch beyond infinity and as such this implies that nothing in the universe could be fractal to its entirety. The alternative provision is that a structure may be considered fractal if it is able to depict similarity up to a certain length.

Other structures of gothic architecture adopted a polygonal form with radiating chapels of Chevette form with no projections of the transepts. For example, those in the French capital were mainly made up of three portals with a window that surmounted them as well as two other towers which were significantly large. The windows were almost always made largely but never featured those with the rose design. Towers were constructed with enormous openwork courses with the gothic style forming a majority of the appearance of structures across the European region. 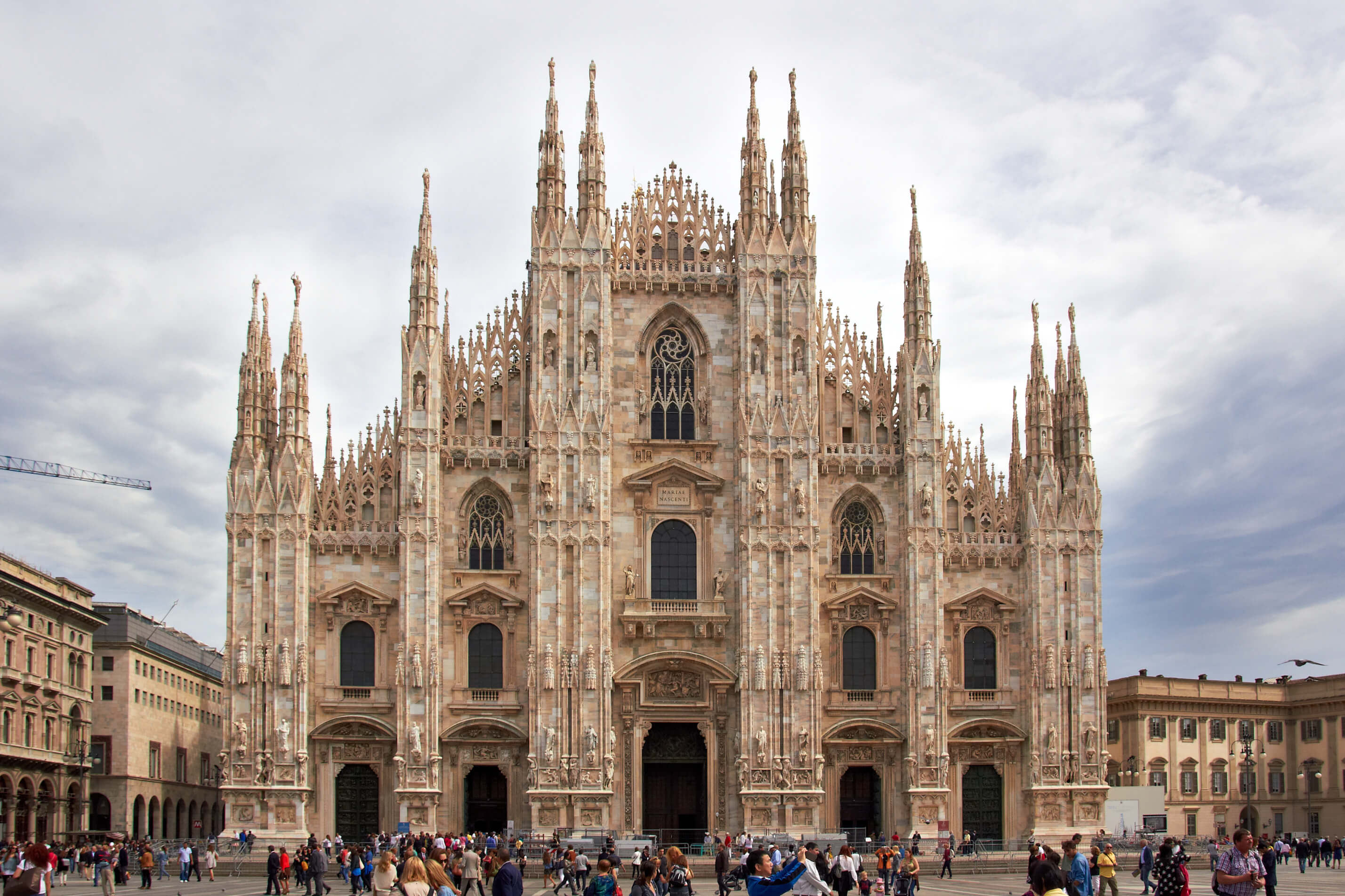 Gothic architecture was the type of construction technique adopted by many architects and engineers after the Romanesque period. It was mainly characterized by the arches which transmitted most of their loads via the vertical components as opposed to the horizontal ones. This means that a majority of the member components on the arch were under compression making it possible for the application of the normal construction material use such as concrete. Concrete is very good at compression. The ribbed vault also formed important aspects of the design form with its implementation allowing enough space for window opening location. Sacred geometry is employed with the circle forming the primary outline of all shapes developed for religious purposes on the building.

This architecture research paper sample is written by a highly qualified academic writer from SmartWritingService. So, if you need professional help with writing your research papers, please visit https://smartwritingservice.com/research-paper.html.