The Renaissance, which means “rebirth” in Latin, brought about a cultural movement to revive ancient literature, art, and architecture. Long before they created Renaissance architecture, it developed as an artistic movement. It is the name given to the style of architecture that developed throughout Europe between the early 15th and the early 16th centuries.

With Filippo Brunelleschi as its innovator, Renaissance architecture developed first in France and then spread to various countries in Italy followed by other parts of Europe.

What is Renaissance Architecture?

Renaissance architecture shows a conscious revival and development of certain ideas and practices from the material and philosophical traditions of the ancient Greeks and Romans.

Various architects described Renaissance architecture not just as a utilitarian aim, but as an art with a significant humanistic element. Predominant in Italy, they propagated the style throughout Europe and England. Designers focused on proportion, symmetry, and the repetition of regular parts as established by the architecture of Ancient Rome along with Greece. 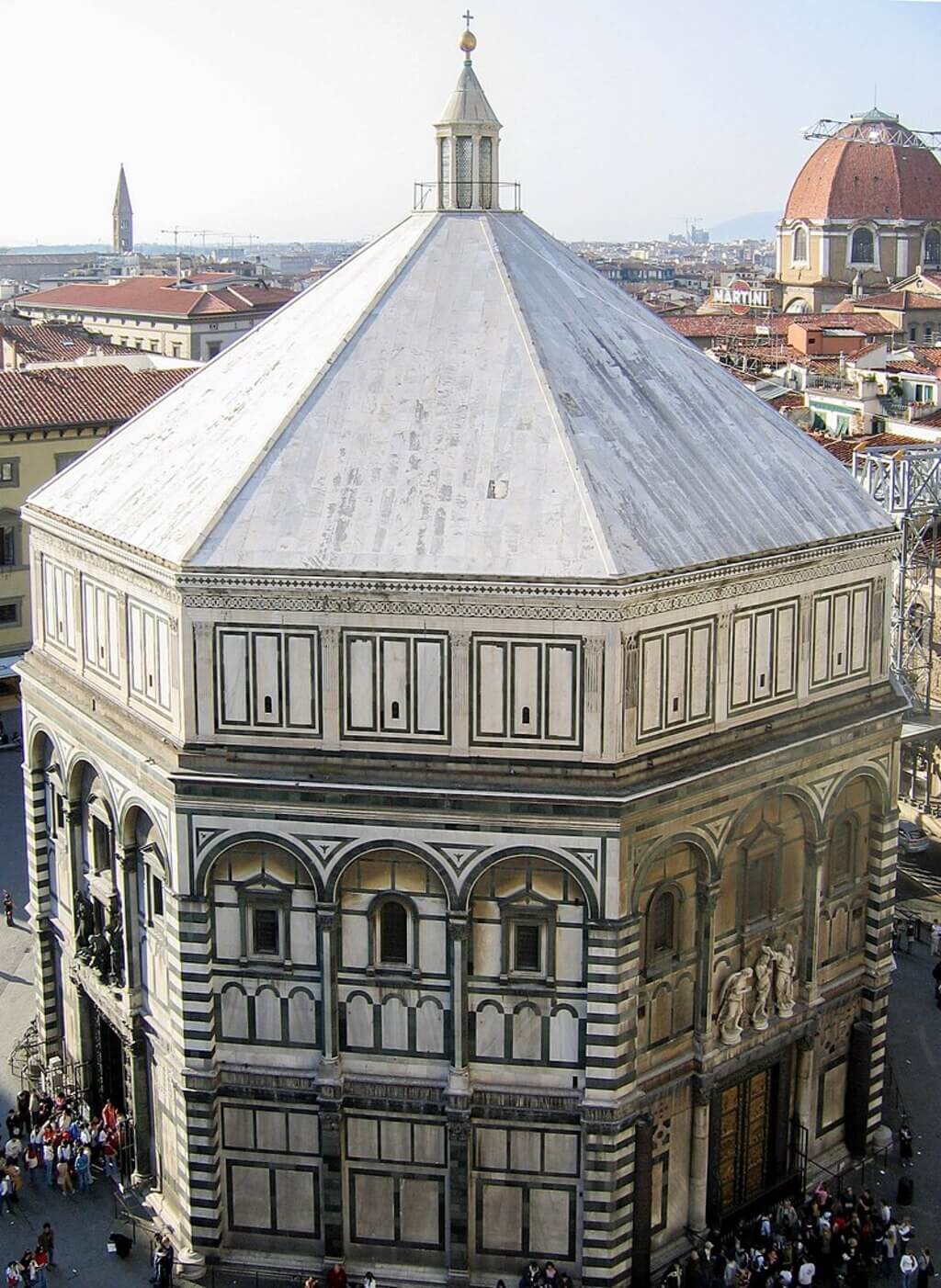 To a large extent, designers considered the city of Florence in Italy as the home of Renaissance architecture. Specific architects who aimed to restore the order of an ancient “Golden Age” in Florence created a new architectural style. They studied the old architecture in depth during a time when learning was reviving.

Italian architects of Renaissance architecture have chosen to prefer clearly defined forms and purposeful structural members. Romanesque buildings such as Florence Baptistry and Pisa Cathedral exhibit these characteristics. When philosophy was also moving toward the Classical, the presence of historic architectural ruins showing the organized Classical style, particularly in Rome, served as an inspiration to painters.

Proportion is considered an essential characteristic feature of the beauty of architecture. Classical orders are the best examples of definite proportional systems with precise geometries and ratios.

During the Renaissance, architects developed centralized plans with mathematical calculations and scientific methods as an approach to nature. 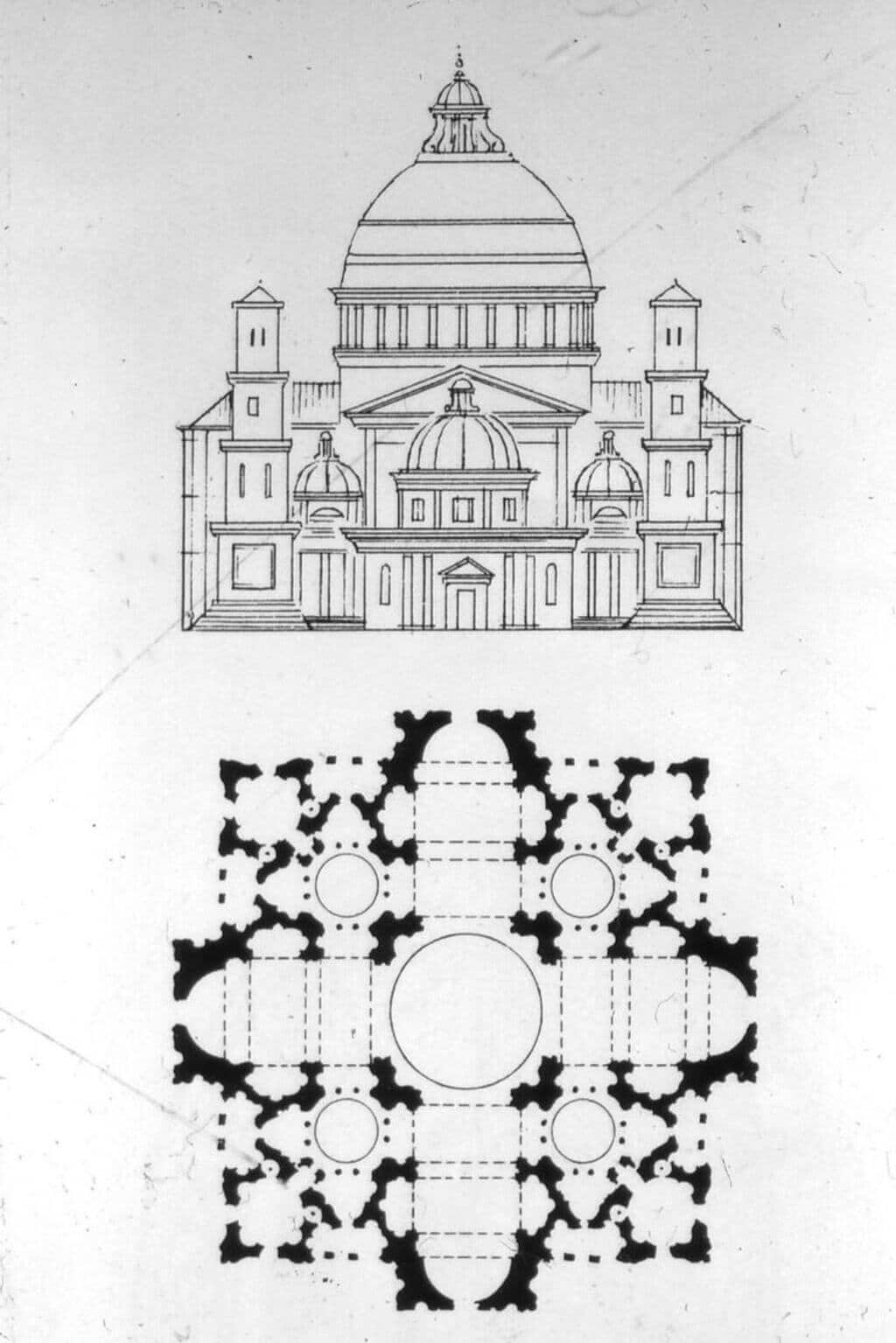 3. Use of Roman and Greek Elements

Renaissance architecture has borrowed elements such as arches, pediments, and column capitals (Doric, Ionic, Corinthian) from classical Roman as well as Greek architecture. 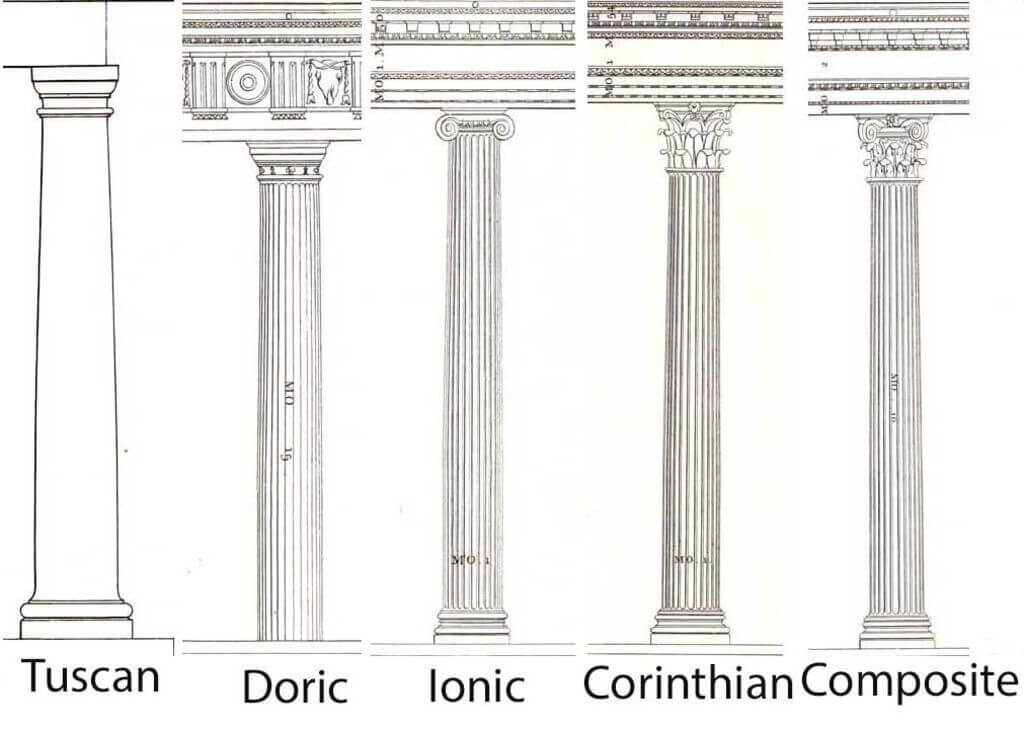 One of the prominent characteristics of Renaissance architecture is symmetry on multiple axes. The facades of Villa Farnese and Basilica of Santa Maria Novella, symmetrical with their multiple axis, are fine examples.

The golden ratio, also known as a golden section, is a mathematical ratio(appropriately equals 1.618) found anywhere in art, architecture, nature, and music. It creates a well-balanced, pleasing composition. 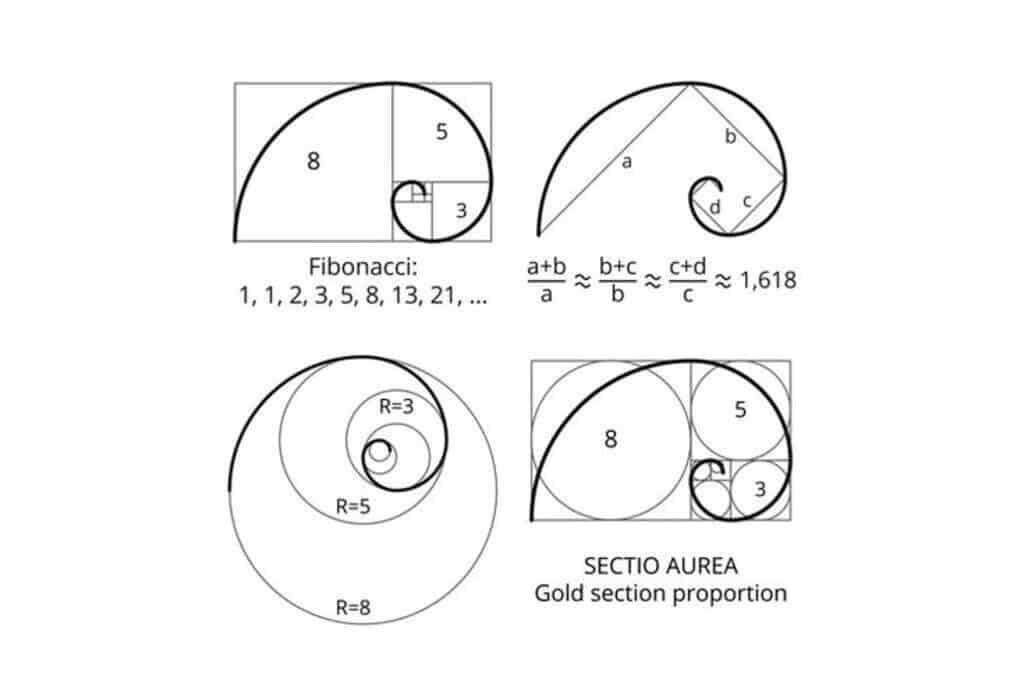 The facades are elegant and graceful with simple repetitive patterns in most of the buildings of Renaissance Architecture.

Buildings from the Renaissance typically have square, symmetrical designs with proportions that are based on modules.

The vertical axis of the facades is symmetrical. 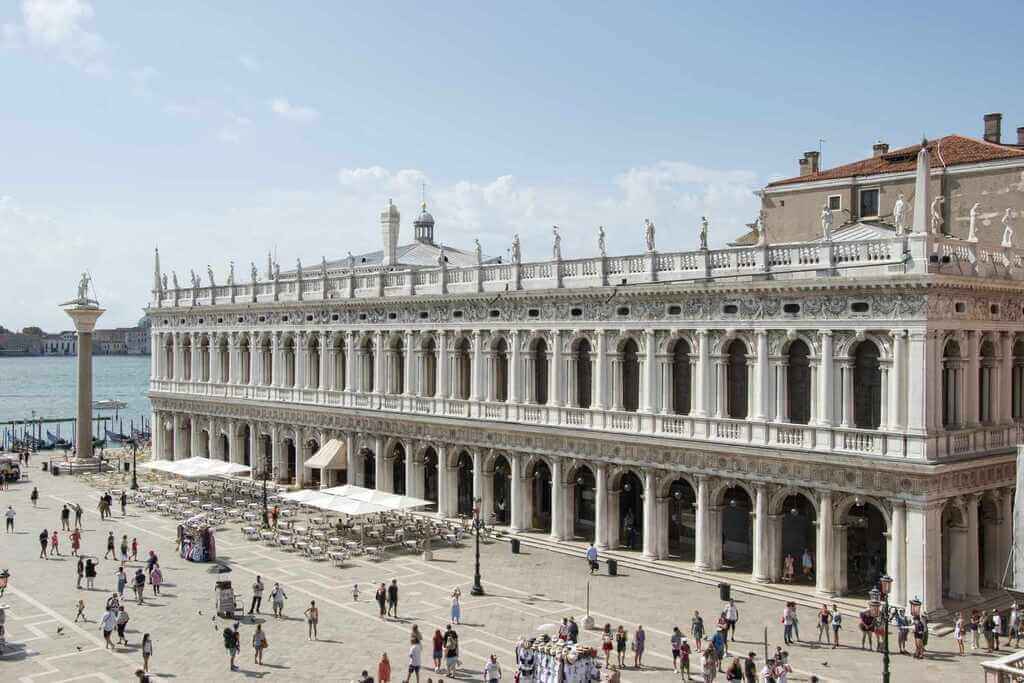 Semi-circular or segmental arches are used in Renaissance architecture. 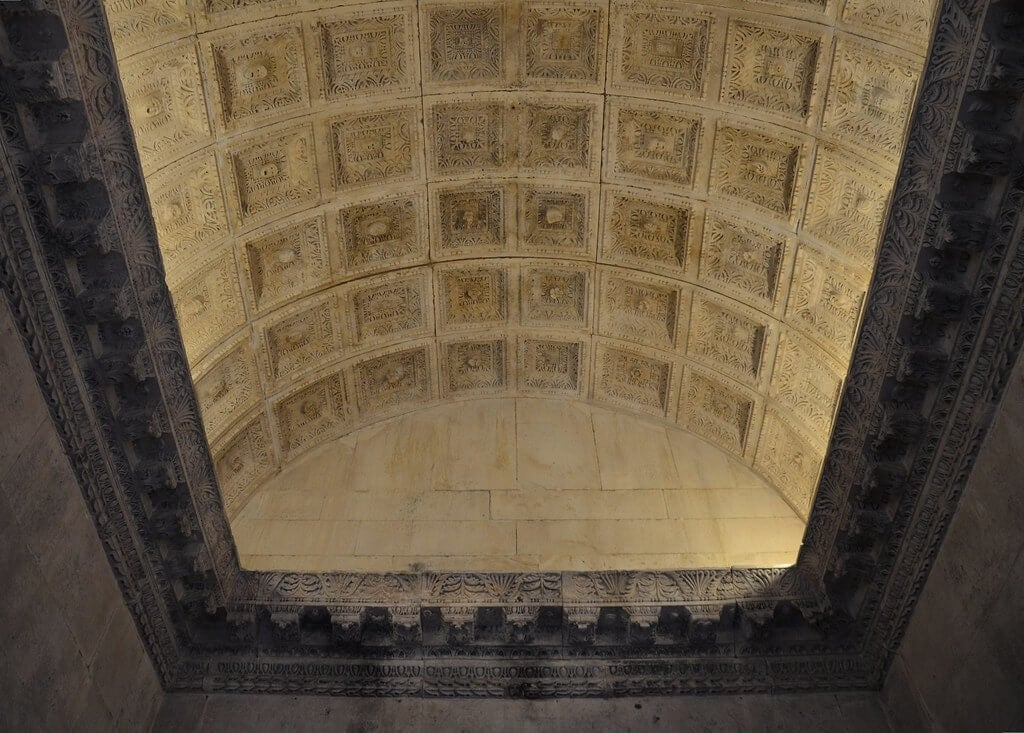 Artisans constructed vaults without ribs. Vaults are semi-circular or segmental on a rectangular plan, unlike Gothic vaults.

Roofs of Renaissance architecture are painted, decorated, and fitted with coffered ceilings.

Most of the doors have square lintels and are set in arches, surmounted by segmental arches.

Typically, external walls are built with straight courses of brick, rendered, or stone that has been thoroughly finished.

Decorative elements such as courses and moldings are carved with intrinsic details. 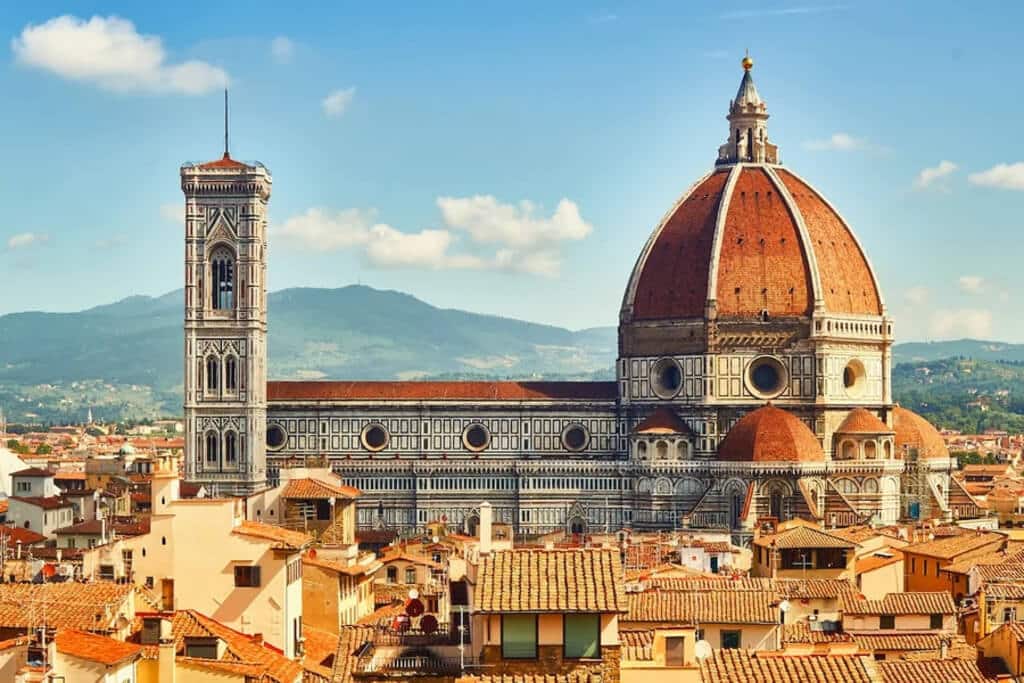 Key features: Innovative dome with an outer and inner dome

One of the most spectacular buildings of Renaissance architecture in Florence is the Florence Cathedral with its largest dome both aesthetic and construction-wise, overlooking the city in majestic splendor. Architect and designer, Brunelleschi took inspiration from the single-shell concrete dome of the Pantheon in Rome instead of using the Gothic style’s structural principles.

Architect Brunelleschi retained the initially designed octagonal-shaped plan by Neri di Fioravanti. His design was far ahead of its time and depended on several domes and a structural system of internal stone and iron chains to reduce lateral force. Along the parts of the external cupola, he also included vertical ribs(served as structural components) that were connected to an inner rib system directly. 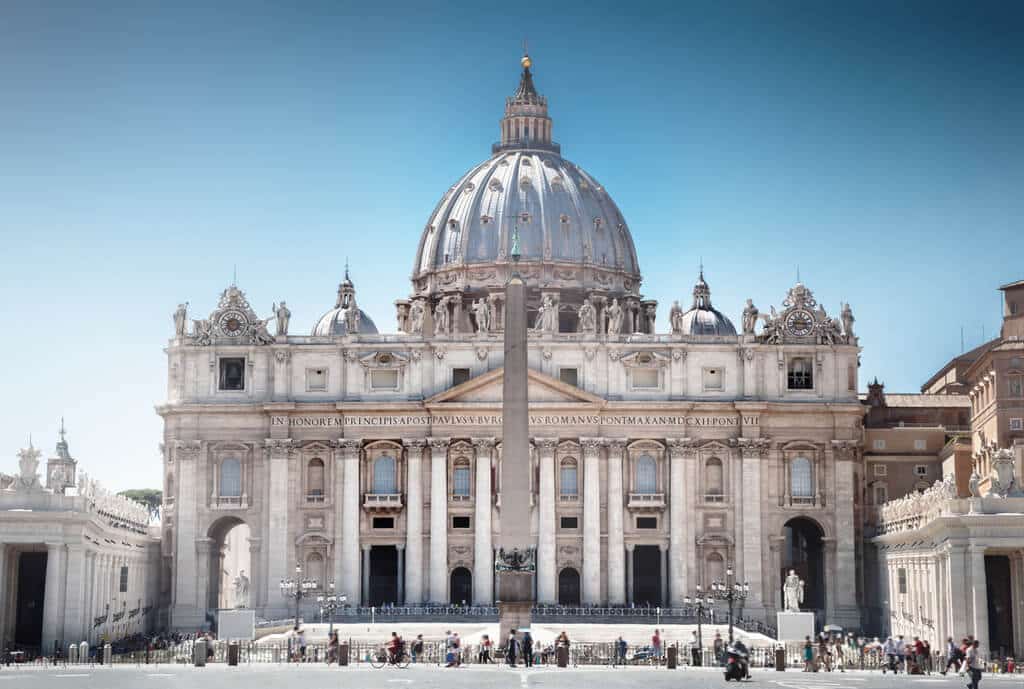 St. Peter’s Basilica is considered a magnificent creation of Renaissance architecture and is the world’s largest church. It is also home to significant functions of Catholicism. Italian sculptor Michelangelo took over the project in 1546 after a few changes in design by various architects. He built the piers, walls, and dome differently, giving the lower weight-bearing parts enormous proportions and removing the chapels surrounding aisles and similar transept arms.

Helen Gardner says: “Michelangelo, with a few strokes of the pen, converted its snowflake complexity into a massive, cohesive unity.” The dome stands as a masterpiece of architecture with two masonry shells, one inside the other, and is topped with a vast huge roof lantern supported by ribs similar to Florence.

The facade comprises a giant order that defines every external bay, and it holds together the complete unit with a wide cornice running around the renaissance architectural building, similar to a ribbon holding it together. 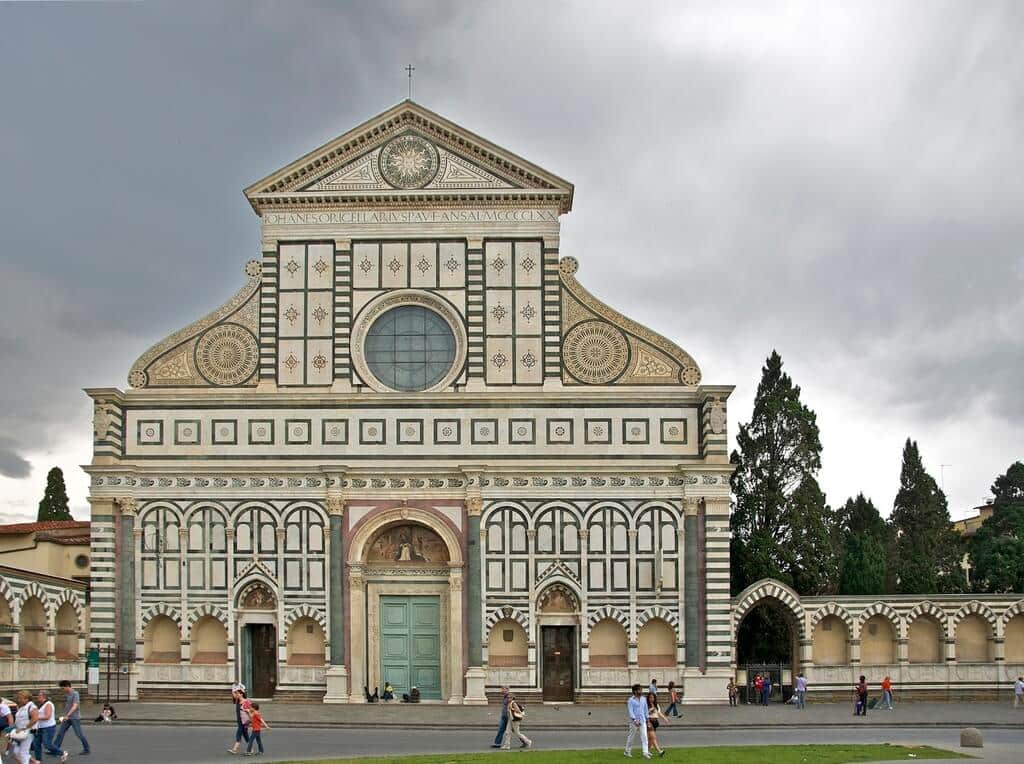 Alberti, an Italian architect of Renaissance architecture, completed the design of the facade of Santa Maria Novella in 1456 and the work was completed in 1470. Comprising a flat facade, the lower section comprises Gothic niches, polychrome marble decoration, as well as a large ocular window at the end of the nave.

The design is such that a definite proportion and a sort of order establishes within the facade design to visualize the beauty of the architectural design. Regular compartments, circular motifs, link of lower roofs to aisles, geometry in design – all these features became standard Renaissance design elements for solving roof height problems and spaces between horizontal followed by vertical surfaces. 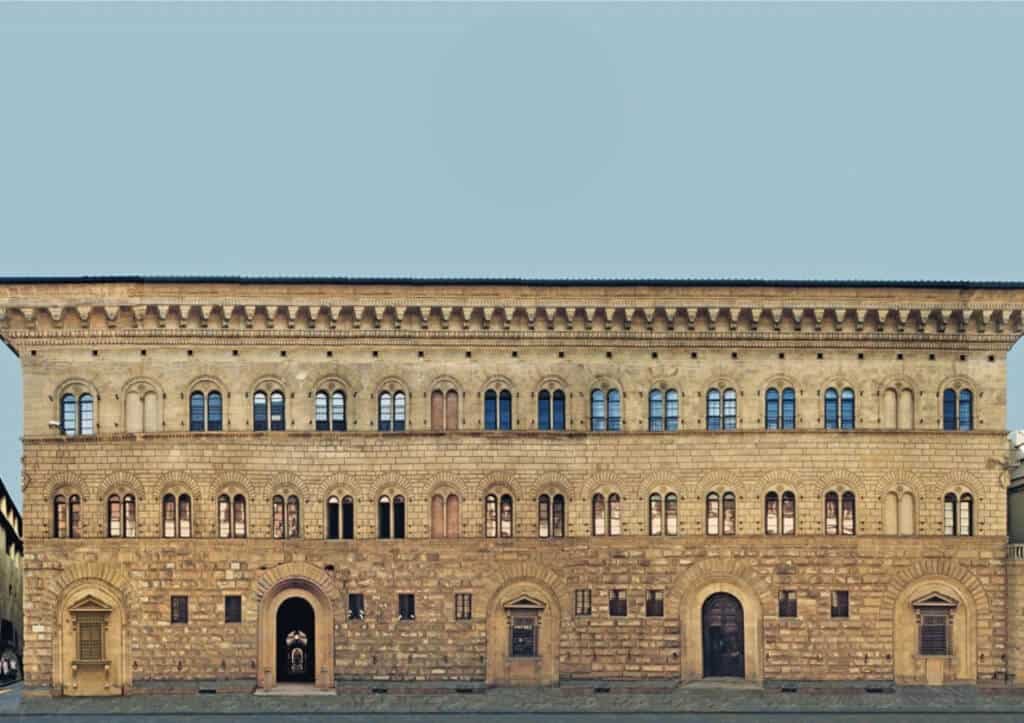 One of the fine examples of Renaissance architecture is Palazzo Medici in Florence, designed by Architect, Michelozzo di Bartolomeo during 1444-84.

The elevation of the palace is in three distinctive styles: base with two additional levels of rusticated base and a finer treatment of stone as the facade goes up. A magnificent cornice adorns the top of the building that balances visually with the portion below. Grading the stone emphasizes the visual relationship between the building’s levels, making the structure appear larger.

Designed by Renaissance architect, Donato Bramante in 1502, Tempietto of San Pietro, stands as a marvelous example of Renaissance architecture with delicate Tuscan columns and Doric entablature. The Tempietto, which is a “little temple,” is a memorial tomb, that is in a narrow church courtyard. The circular masonry temple is crowned with a perfectly proportioned dome and cupola.

A few other examples of Renaissance architecture include the church of the Certosa di Pavia, Scuola Grande di San Marco in Venice, Villa Capra “La Rotonda”, Facade of San’t Agostino in Rome, Courtyard of Palazzo Strozzi in Florence, The crossing of Santa Maria Della Grazie in Milan, etc.

A Review of Renaissance Architecture 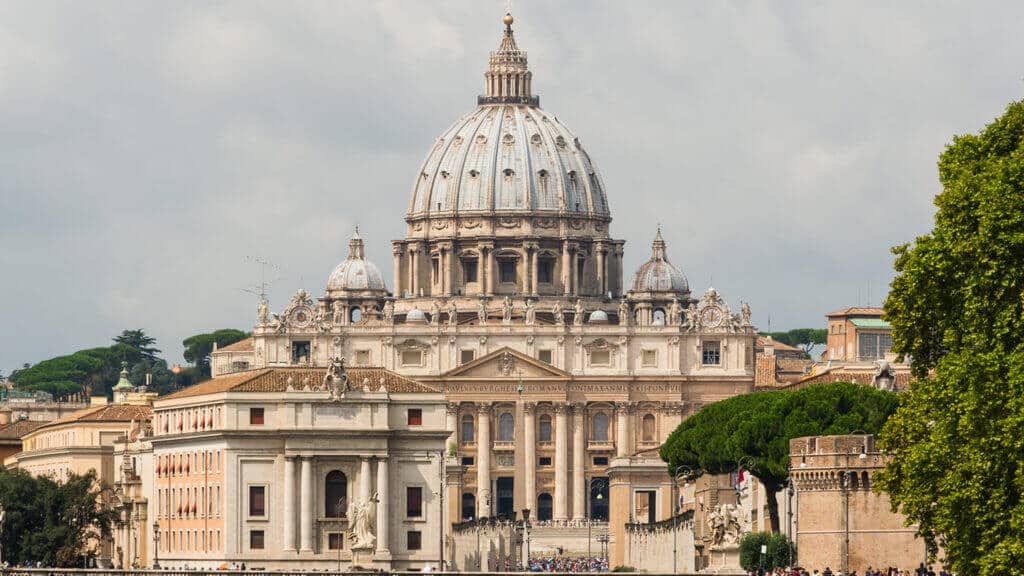 1. What Is Meant by Renaissance?

The name “Renaissance” is derived from the Italian word “rinascita,” which means “rebirth.”

2. What Are the 6 Most Important Characteristics of Renaissance Architecture?

The 6 prominent characteristics of Renaissance architecture are Proportion, centralized plan, use of Roman and Greek elements, golden ratio rules, symmetry, and rhythm.

3. What Are Some Examples of Renaissance Architecture?