The exciting world of architecture has been around in one way or the other ever since we started living in settlements. Even the caves in which humans lived thousands of years ago were modified to accommodate us better. Going from caves to the Colosseum took time, but the leap from the Colosseum to skyscrapers was much faster. As technology progresses, so does architecture. You could say that architecture is a blend of art and technology that creates the world around us. Here you will get a brief idea about 3D visualization in architecture.

Technology isn’t galloping at the moment – it’s becoming incredibly popular, revolutionizing industries and practices left and right. Through the magic of technology, architects have switched from the drawing board to the sketchpad. The whole architecture design process has changed and is now better, faster, and more streamlined than ever.

One of the biggest reasons architecture is better now than ever before is 3D visualization; which we will talk about in this article.

What Are 3D Visualisations? 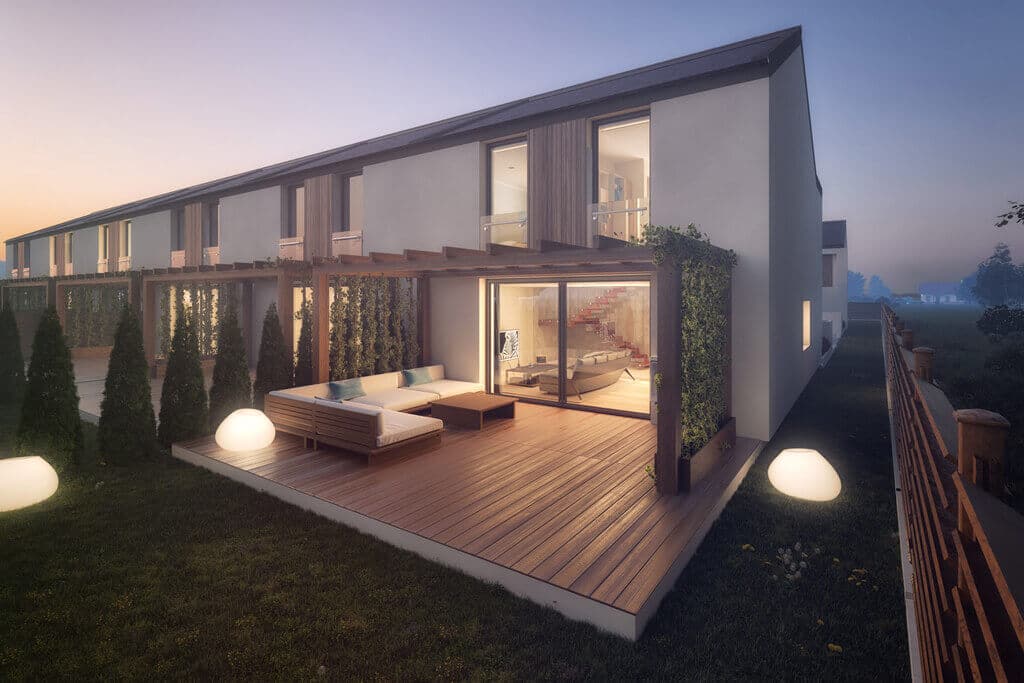 3D visualization is the process of taking a 2D image and rendering it in three dimensions. Its uses in everything from animation to architecture and have allowed professionals to improve their craft considerably.

Through 3D visualizations, you can get a whole new perspective on your work. Adding another dimension to the game allows you to explore your work from all sides and get into all the nooks and crannies.

In technical terms, 3D visualization is the process of creating graphical content using the software. It can generate a 3D environment from 2D assets, or the whole design process can be done in three dimensions.

Depending on the size and sophistication of the project you’re working on, rendering something in 3D can be very resource demanding, which is why the GPU is the essential computer component for architects and designers alike.

Architectural visualization is a term used to describe 3D Visualisation in the architecture industry. While many 3D visualization applications convert models from two dimensions into three, in architecture, everything is usually done in 3D from the start.

The Intangible Role of 3D Visualisation in Modern Architecture

Modern architecture is completely different than what architecture used to be. Today, rather than sketching up ideas and drafting up blueprints, almost the entire process is done through CAD software.

Design technology has contributed massively to the world of architecture. It is not only can ideas express faster, but they can also express in far finer detail.

From a creative standpoint, technology has allowed many people to express their ideas in a new environment, and 3D visualization is at the forefront.

Through 3D visualization and CAD design, everyone with access to a PC can create something. Now, while architects have to follow certain laws, legislations, and regulations to make their project viable – 3D visualization has made it so drafting projects and assets up is a quick and simple process.

From a technical standpoint, 3D visualization has allowed architects to seamlessly generate blueprints and create their projects from the ground up – framework and all – without ever leaving the software.

CAD software is the full-stack solution, and 3D visualization allows designers to create their designs more efficiently, view them from all sides, and place them in a real-life environment.

The Benefits of Using 3D Visualisation in Architecture 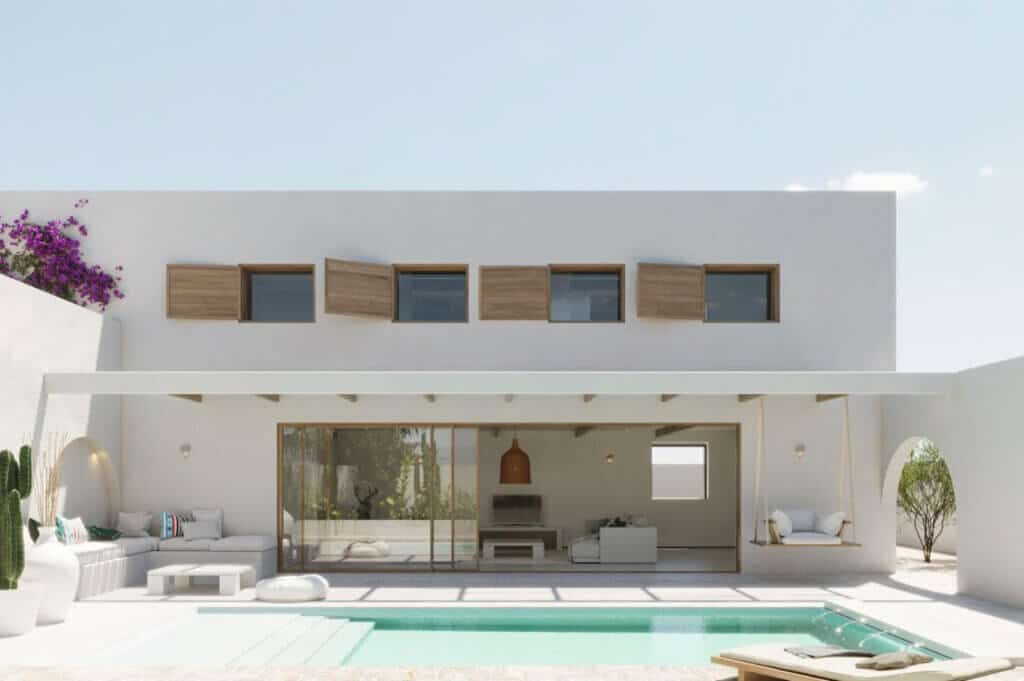 There are many benefits of using 3D visualization in architecture. Not only is it a game-changer for the architect, but it also has quite a lot of benefits for the entire studio, from management to marketing.

Streamlines, Simplifies, and Speeds Up

3D rendering is crucial in architecture, as it makes the entire process much faster from the get-go. Not only does 3D visualization allow anyone to create anything they like in a three-dimensional environment, and with relative ease.

Any artist will know that their job is never truly complete. You can always polish up, improve, or change – and this rhetoric applies to architecture as well.

If you’re working in a 3D environment, you can get a far deeper understanding of your own work; which will point out what needs to be corrected. In essence, 3D visualization makes the architecture process faster and more efficient than ever before.

Also Read: Have You Seen The 3D City Models of London and Other Parts of Great Britain?

When you’re talking to someone that isn’t an architect, you can’t expect them to understand architectural technical jargon. Technical jargon is one thing, complex and elaborate blueprints and drawings are another beast entirely.

Not everyone is an artist, nor do they understand most of the things that go on in the architecture process, so communicating your idea might be challenging to say the least. Through 3D visualization, you can bring your vision to life and make it easy to understand, comprehend, and take in.

It’s especially useful for presentations you will show to potential clients. Not all architecture clients are well-versed in architecture, but they can understand something if they can see it – especially in a realistic 3D environment.

3D visualization can help you communicate your idea to potential clients – but what about reaching out to as many people as possible? Marketing architectural projects use to be quite difficult, as the global populace isn’t all that versing in how architecture works. However, most people can relate to renders, which is why architectural visualizations play a pivotal role in architectural marketing.

Another thing that can add a lot to any architectural marketing project is animation. Using 3D rendered architectural projects as an environment and adding a bit of animation can make the whole project come to life, which the broader populace absolutely loves.

Remember back in the day when 3D renders were just popping up. The impressive 3D visualizations of cityscapes and even our planet were absolutely breathtaking, but they cost an absolute fortune to produce.

It’s no secret that any type of art, especially the type that has to do with 3D modeling, is resource-intensive. This means that you’ll need a pretty good computer to do any kind of architecture.

Nowadays, the technology behind 3D modeling, rendering, and visualization are far less demanding than that of years gone by. Producing a stunning 3D visualization is relatively affordable these days, which means that it’s available to a far broader populace.

Furthermore, 3D visualization on its own can be an extremely cost-efficient way to design something. Because the editing, mending, and modification are far simpler and faster on 3D models than on, say pen-and-paper, it saves a lot of time, so the costs of making some last-minute changes are far cheaper.

When you’re creating a project that will someday be inhabited by people, it’s important to see how it looks in the real world. While we don’t yet have glasses that would project our designs onto the canvas of the cul-de-sac, we do have things such as Google Earth.

Almost the entire planet has been “mapped” in some way. Through applications such as Google Earth or Street View, you can hop onto any street in any country and observe the world as you please.

However, another thing you can do is envision what your particular project would look like in that set environment.

Through the magic of technology, you can place your simulated 3D project render in a real-world environment to showcase just how well it fits in with the rest of the landscape around it.

The Future of 3D Visualization in Architecture 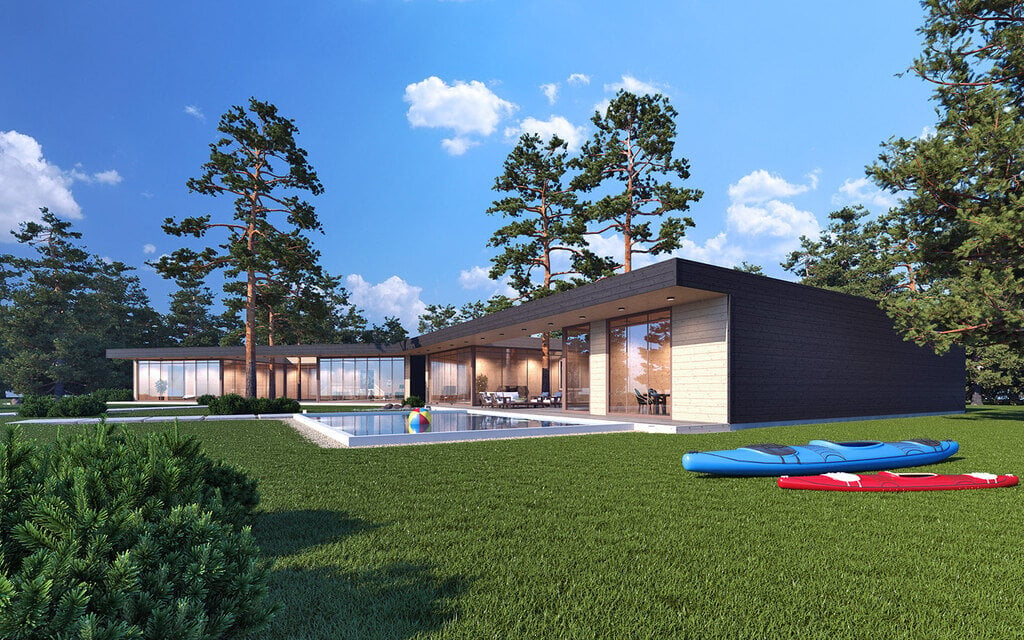 It’s safe to say that the future of architecture seems bright. As the evolution of this craft is so highly dependent on technology at this point, as the technology itself progresses, so too will architecture. Not only is 3D visualization being improve day by day, but its prospects are also increasing alongside technology.

New applications will breathe new life into 3D visualization and rendering, so architecture in the near future might not look like anything that we’ve seen before in a few years.

Below, we’ll outline a couple of different ways architecture might go.

AR and VR have changed the world, quite literally. By filling in the gap between the real world and the virtual one, AR and VR have slowly found their foothold in the world of architecture.

AR is already using for a myriad of things, most notably to present and envision projects in a brand new fashion. Through augmented reality, you can create one building and put it in the real world, but you can also create entire cities and see how they look in an augmented landscape.

On the flip side, VR is also using to present architectural projects, but in a different way. Through VR, you can hop into your design and explore it yourself. You can basically immerse yourself within your project, giving you a brand new perspective of what it is, what it means, and what it will look like once constructed.

Augmented reality and virtual reality can take you in your project. But artificial intelligence takes your project to the next level from the ground up. Now, we’re yet to develop AI algorithms that are capable of human-like thought, as no AI has passed the Turing test – yet.

The speed at which machine learning and AI are advancing is staggering. Today, AI finds its foothold in almost every industry out there; automating menial tasks and improving the way things are handling.

AI and architecture have a long history together. In some capacity, AI is using in architecture CAD software for as long as CAD software has been a thing. Now, this is pretty primitive, but it does beg the question:

“Just how far will an artificial intelligence go in the world of architecture?”

The answer is, no one actually knows. We can merely speculate on what things AI can solve and streamline. One of the things that we believe that AI will change is 3D visualization. AI can enhance pretty much anything, and enhancing existing design and visuals via complex computer algorithms isn’t out of the question.

Architecture has had a very long history that spans millennia; and throughout the lifecycle of this art form, we’ve seen quite a lot of evolution. Things such as architectural visualization have completely changed the practice from the ground up. It will continue to do so as the prospects and promise of technology grow.

The real world around us exists in three dimensions, and with the advent of 3D visualization combined with the exciting new technologies coming out, so too can your architectural project. With all that in mind, it’s safe to assume that the future is very bright for this industry.

How 3D Visualizations Can Help Your Architecture Practice Succeed was last modified: May 17th, 2022 by architectures ideas

7 Common Bathroom Design Mistakes That You Need to Avoid

Nobody wants their bathroom to look small, as it’s where you start and end your day. Undoubtedly, bathrooms are usually …