Doha, Qatar’s capital, is the biggest metropolis and one of the most laid-back cities in the world. It is a rapidly expanding metropolis that is fast becoming one of the region’s most advanced cities. In recent years, this city has witnessed the rise of many skyscrapers with many more planned for the near future. One such skyscraper is Cytokinesis by Hayri Atak Architectural Design Studio.

When seen holistically, cytokinesis seems to be the result of an organism picture. The structure resembles two different sections of the organism and the name is derived from the separation of cells. 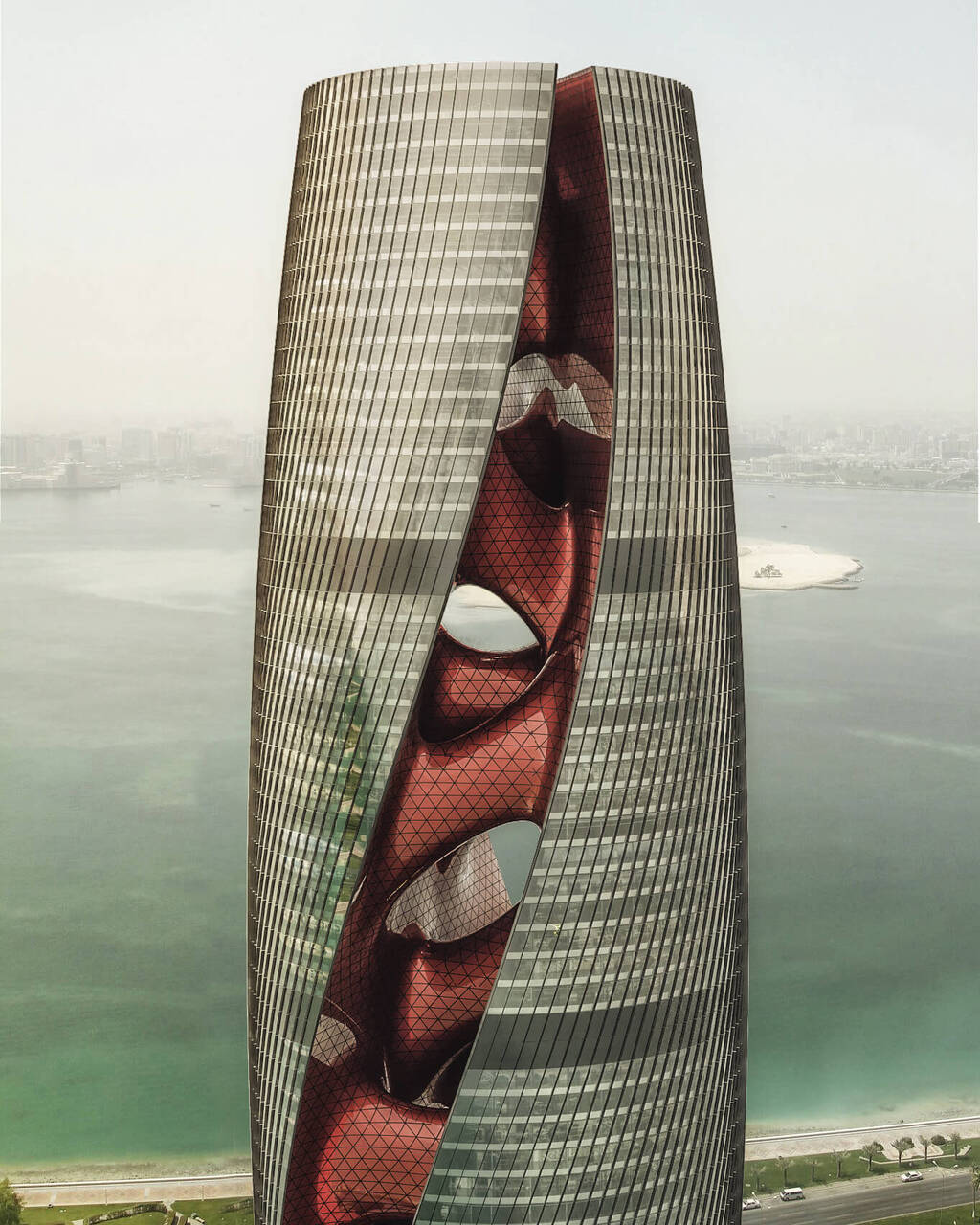 The central part is viewed as a spine that is connected by capillary routes. These ways are seen as elements that capture their surplus and occur when the above division happens. In this way, it demonstrates the internal capillary confusion with its impact after deconstruction as well as the clear effect it produces when it is put together.

The difference in intercellular tension decontaminates the decontaminated vertebrae, just as it does in an organism. As a result, multiple interpretations are possible when examining the exit point again, and the user is pushed to address the complexity and clarity when examined again.

This 280m high structure aims to integrate the fragmented perception of the design via cellular links established with one another. The partial gaps it produces at its intersection allow for a variety of interpretations of the city skyline from various viewpoints, as well as viewing from a variety of angles. At this moment, the user conducts a city reading in a structure that simultaneously hosts two different effects.

It includes a flow that investigates various structural elements and allows the user to view these details at the point where they are incorporated into the structure. The combinations of materials and ideas in this setting are also shifting with different readings. This, in turn, offers a suitable foundation for the many interpretations given. 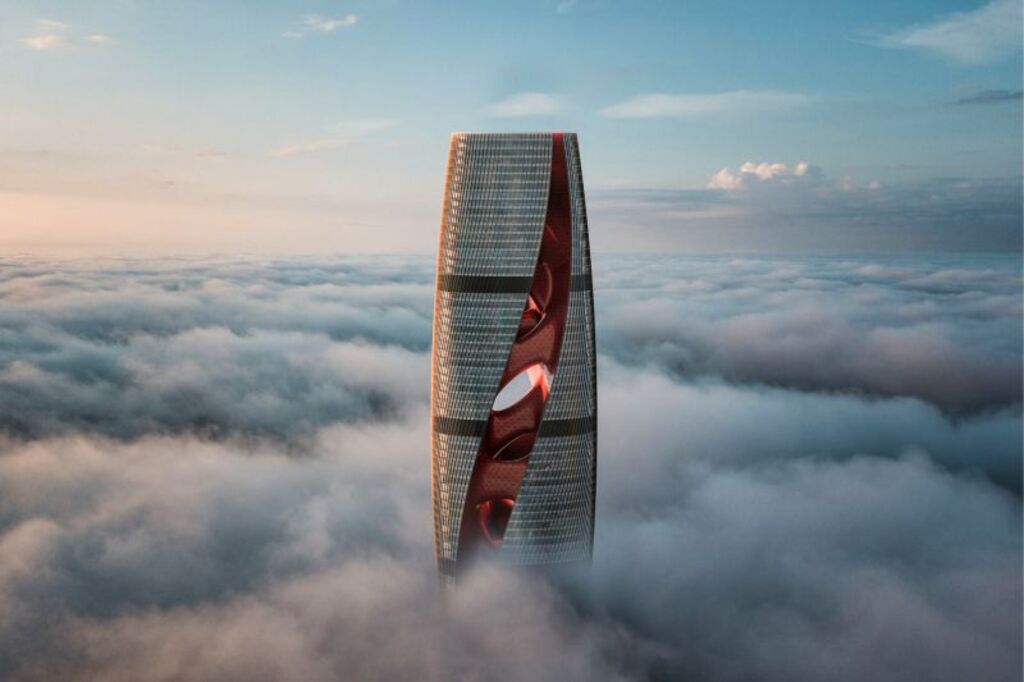 The project, which spans 70 floors, appears to be a work that takes on new meanings depending on the user’s participation. It also creates two different sections that may be described as peaceful, which continually move as an image with the ties it has, allowing it to break away from its immobility.

Hayri Atak Architectural Design Studio (HAADS) has adopted the concepts of futurism and informatics in this architectural design that makes it stand out with the modular and organic framework. The design team has closely dealt with parametric architecture in this marvellous design.

Cytokinesis is a jaw-dropping skyscraper design dreamt up by the Turkish architectural firm. The renderings for the proposed architectural project describe the structure as a biological visualization merged with architectural and structural language.

The contrasting silver facade on the extreme sides with the bright red facade in the middle forms a realistic picture of the process of cell division. The level gaps between these capillary connections and the arrangement of the same form voids in the facade that give access to the view of the sky from outside.

When it comes to magnificent architecture and design in the Middle East, Dubai is all about superlatives, and Abu Dhabi has the Louvre, but Qatar is a bit of a dark horse. If someone has an idea for a structure, Qatar is the location to make it a reality. For architects and designers, Doha is a dream come true. Doha is surrounded by futuristic buildings and magnificent structures created by world-famous architects. When money isn’t a problem, their inventiveness is only limited by their imagination.

Art and architecture are natural choices for combining science and art. Art is the creation of separate visual things that are intended to be appreciated by others by their makers. Architecture is a kind of design that expresses a theoretical argument and adds to the discipline’s discourse. Bioarchitecture is a fusion of art/architecture and biomimetics that starts with a bioinspired design in all elements of the work at all scales.

Thanks to advances in digital technology and, most recently, 3D printing, architecture can today boast forms and structures inspired by nature that were previously unthinkable.

Nature is one of the richest sources of inspiration for designers. Over the years, architects have envisioned a built environment in the direction of biomimetics. Cytokinesis is one such example where the natural biological process of cell division has shaped this high-rise building.

The concept of bio-inspired architecture dates back to the ancient Greeks and Romans’ incorporation of leaf motifs to their structures, but the recent hike in the practice of hybridization of the two fields is stunning. 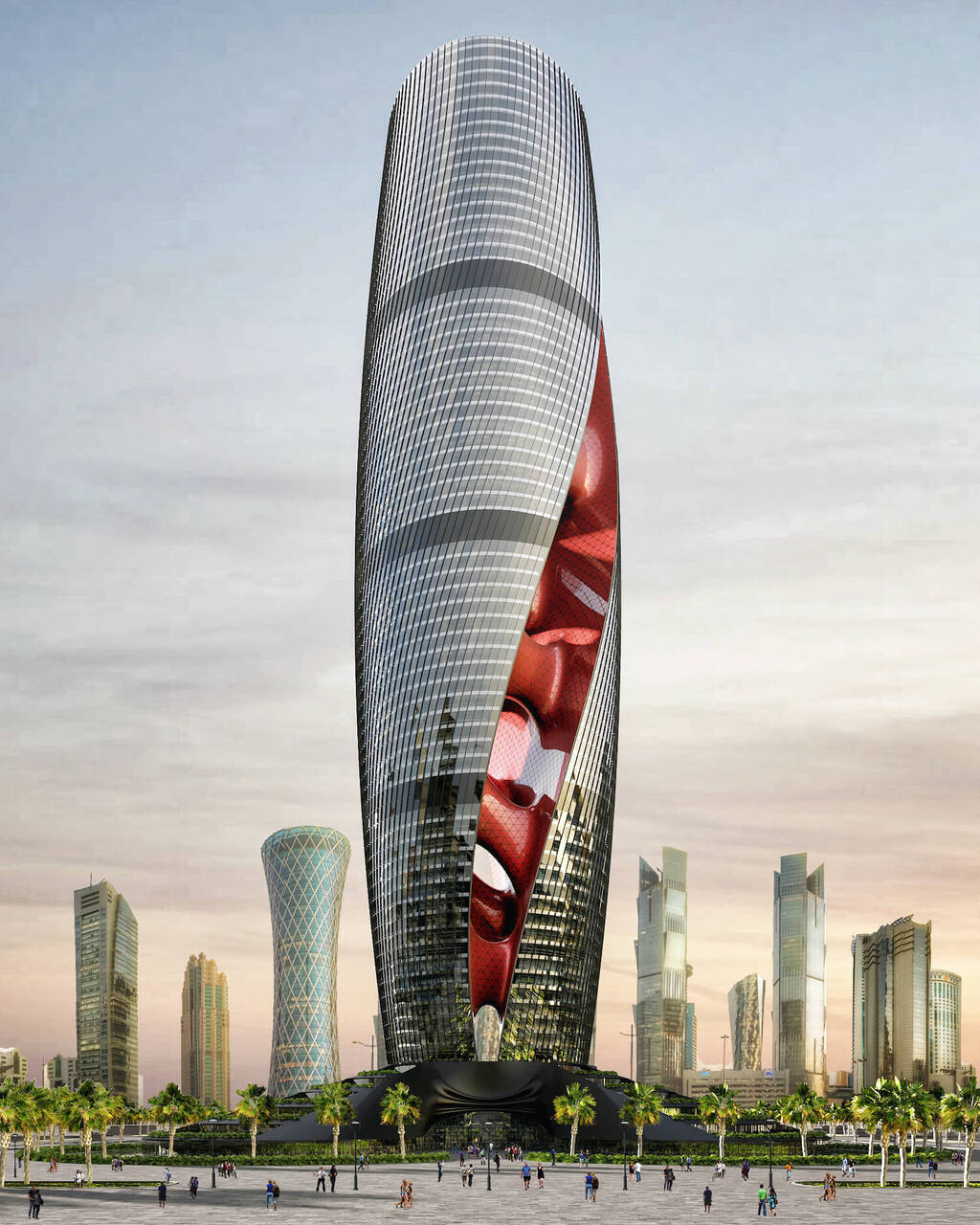 This high-rise project is a perfectly envisioned design that can be considered futuristic. Though the roots of taking inspiration from the natural processes date back to history, with advanced digital technology and parametric architecture, this project promises a new direction in the field of architecture.

This modern-day design defines a connection between the built environment and the animating properties of a living structure. One can observe the concepts of organized complexity, replication, intervention, and connectivity in this architectural project. The skyscraper adds a flowing and well-connected image to the already existing skyline.

We can see the discovered potential of a new direction for architecture in the twenty-first century by drawing analogies from living structures and artificial intelligence. A substantial link may be seen between biologically-driven functions of living structures and the adaptive processes that formerly gave form to architecture, with the introduction and advancement in contemporary robotic science and technology.

The architect’s vision for this tower will shape the user experience and deliver ideas that will take form in the world around us. An understanding of how our body and the world work together is incorporated in this design idea and gives it a different approach that is based on a genuine understanding of life processes.

The Best Apps for Home Design

Home design is a touchy topic. One person’s dream home is another’s nightmare. And it’s not just a matter of …

5 Things to Consider Before New Flooring or Decking

Every day, new mind-blowing structures in various parts of the world are unveiled by brilliant...