LED lights are all the hits among those who remodel their homes. Their advantages are described everywhere, and everyone seems to be eager to install LED lighting in their homes.

It’s no wonder. They’re energy-efficient, they use up to 5 times less energy than traditional, incandescent bulbs. Despite their initial higher cost, they last longer and lower electricity bills. And, they’re safer for the user, as they emit almost zero UV or IR and don’t contain mercury. However, does it make them good enough to replace all incandescent lighting in a house?

Table Of Contents hide
1 Can We Use Only LED Lighting in a House?
2 LED Ambient Lighting
2.1 Colour Temperature
2.2 Brightness
3 LED Accent Lighting

Can We Use Only LED Lighting in a House? 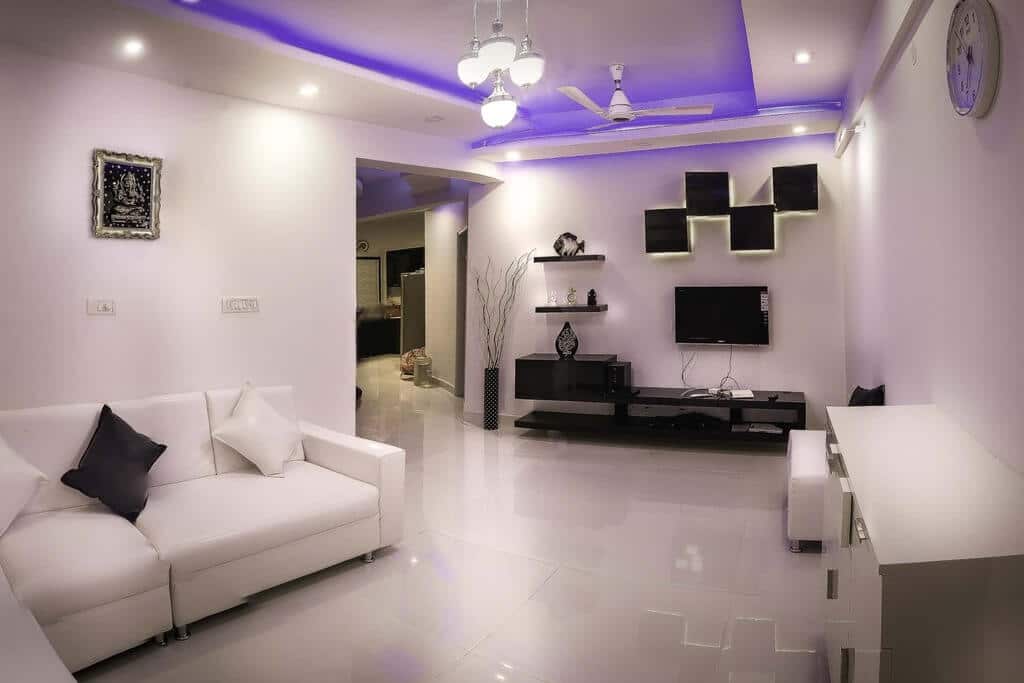 Lighting in any house has different purposes. We need different lighting to work, to relax in the evening, or to prepare meals. Ambient lighting is used as “normal” daily light. It’s the main source of light in the room, for example, a pendant. Decorative lighting creates an atmosphere for special occasions or is purely aesthetic. Accent lighting displays design features or wall art.

Finally, there’s also task lighting, which gives extra light in the area where it’s particularly needed – a desk, a kitchen top, a make-up mirror, and so on. LED lights are far more often used as a decorative, task, or accent lighting. However, they can be successfully installed as ambient lighting, and we explain how. 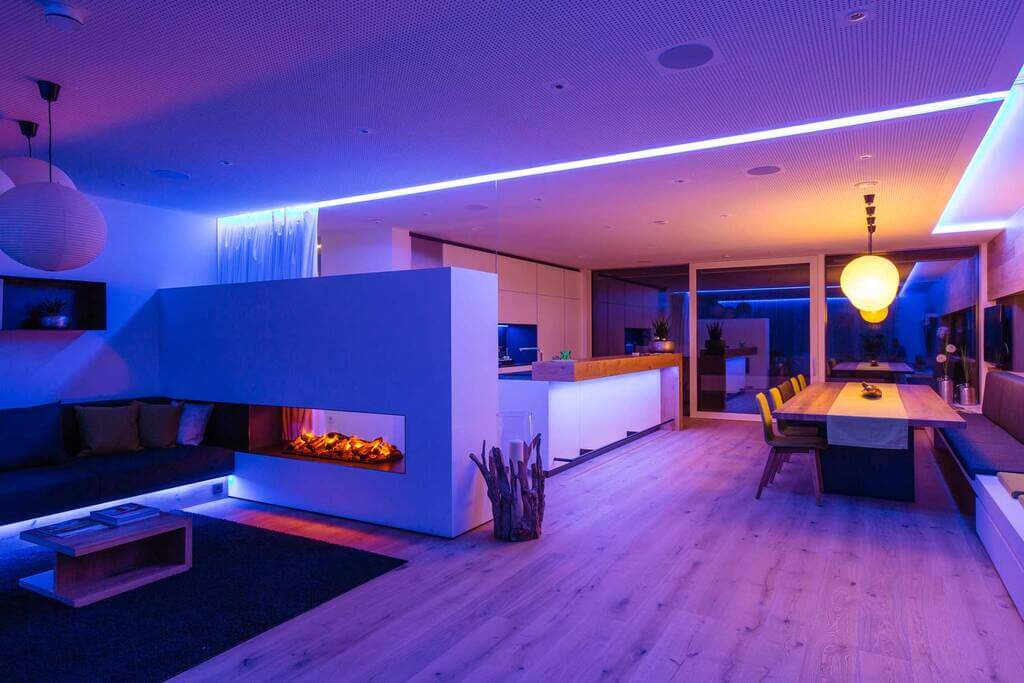 Choosing the right LED bulb for general lighting in the room is somehow the trickiest part. Some people are reluctant to it because they associate it with unnatural, cool, blueish light tones. Another common mistake is to choose light bulbs that emit “too bright” light and are tiring for the users.

LED light can offer warmer or cooler shades, depending on their Kelvin number. The lower the number, the warmer the tone of the light. For daylighting, you can choose values between 2700K and 3000K – typical for incandescent bulbs. High Kelvins may result in a cool, sterile look.

It’s easy to choose a too strong LED light, looking at wattage. It’s a measure of how much energy the bulb draws to emit light. Wattage was useful to describe brightness in traditional bulbs. It’s different with LEDs, which draw up to 5 times less energy. For example, the same brightness level (450 lumens) can be produced by a 40W incandescent bulb or 6W LED bulb.

The obvious advantage of LED bulbs is that they efficiently brighten up large areas. That’s why very bright bulbs (2600 lumens or 1600 lumens) are easily accessible. However, you probably only need values of around 800 lumens for your home. 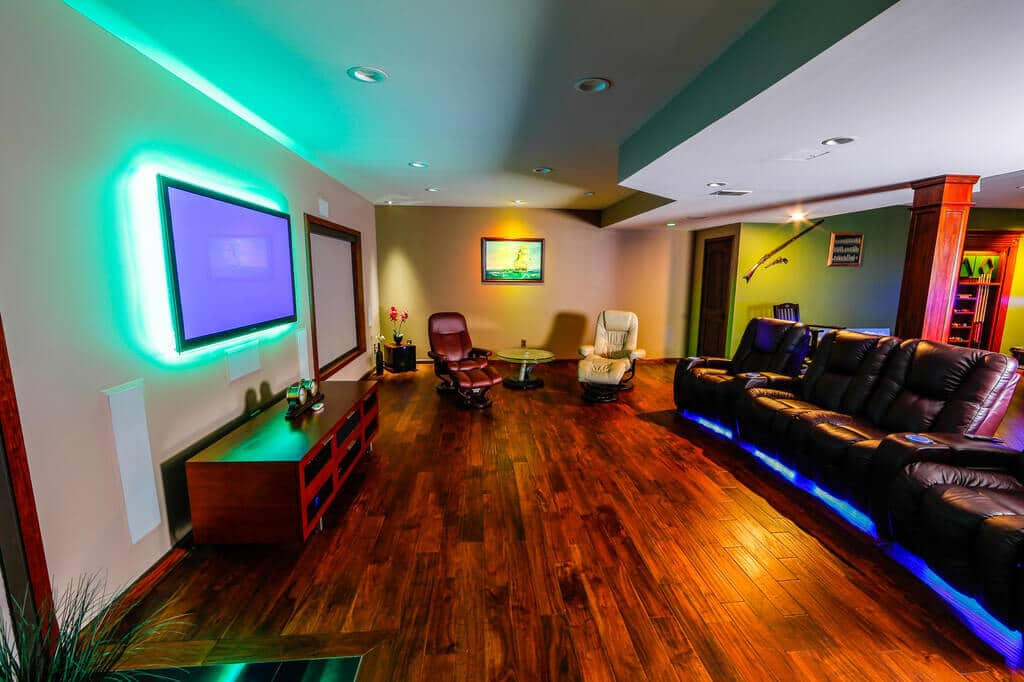 LED lighting is great at accentuating special features of your home design at a low cost.

It can create contrast in brightness to draw attention to your cherished wall art, wall texture, plant display, and so on. There are many aluminium profiles for LED lights, which makes them adjustable to any fixture.

LED lights can be the only lighting in the house, as long as they’re well-chosen. It takes time to check what Kelvin and Lumen values are the best for a specific interior, but it can bring savings in the long term.

Is It Possible to Light Your House Using Only LED lighting? was last modified: March 8th, 2022 by architectures ideas