According to Total Bird Control, thousands of pounds are spent each year by business owners trying to repair the damage caused by birds and cleaning up the mess their droppings make. The cost of this persistent annoyance is significantly greater than the cost of routine property repair. This habit of birds building nests and leaving droppings can cause major problems such as falls, electrical fires, and unhygienic conditions. These are just a handful of the many risks that come with birds nesting on commercial properties.

Bird droppings can ruin your reputation, erodes structural components, and increases the chance of slips and accidents, which can result in a costly lawsuit. Birds are also known to carry more than 60 diseases, making their eradication essential for maintaining a safe and sanitary working environment. If not addressed promptly, the problem can result in pricey settlements as well as major health risks.

Why is Bird Control Important For Commercial Spaces?

Birds can bring a very unpleasant environment for working, therefore, it is very important to keep them as far as possible. Let’s take a look at the importance of having bird control at your business place.

Total Bird Control is a professional bird control service that offers safe, effective, and viable solutions for all types of bird problems. If you want to turn things around and be on the safe side, get in touch with our team and we can help you prevent health hazards, property damage, cleanup expenses, expensive equipment repairs, health code violations, work stoppages, and clogged drains. The following are the most often utilized bird exclusion methods:

Birds are compassionately excluded from undesirable areas such as eaves, canopies, and gardens by using the netting as a physical barrier. There are a lot of things that come along with netting, it helps keep birds from breeding and roosting all year and protects any desirable site from getting ruined by their droppings and the noise they make.

Shock tracks are a simple way to keep birds out of any place, and while they may appear to be a harsh alternative, they are a safe and compassionate technique to scare birds away. When the birds land on any surface, they give off very minor electric shocks. Shock tracks can be quietly put, tacked, or glued to any flat or curved surface, including parapet walls, eaves, beams, ledges, and rooflines, and are non-harmful yet highly effective in driving birds away from an area.

Bird spikes are the most effective approach to prevent birds from landing. Spikes effectively form an anti-roosting, anti-nesting, and anti-perching zone into which even the most obstinate bird species are unable to enter. They are meant to fit in with their environment and do not damage anything. Security cameras, signage, parapet walls, ledges, above windows, and light posts are all places where bird spikes are commonly employed.

With movement from the wind and sunshine reflecting off the Mylar tape surface, reflective flash tape chases birds away.

Also Read: How to Choose a Commercial Space? Recommendations and Tips

Bird Control is Not Easy Without Professional Help 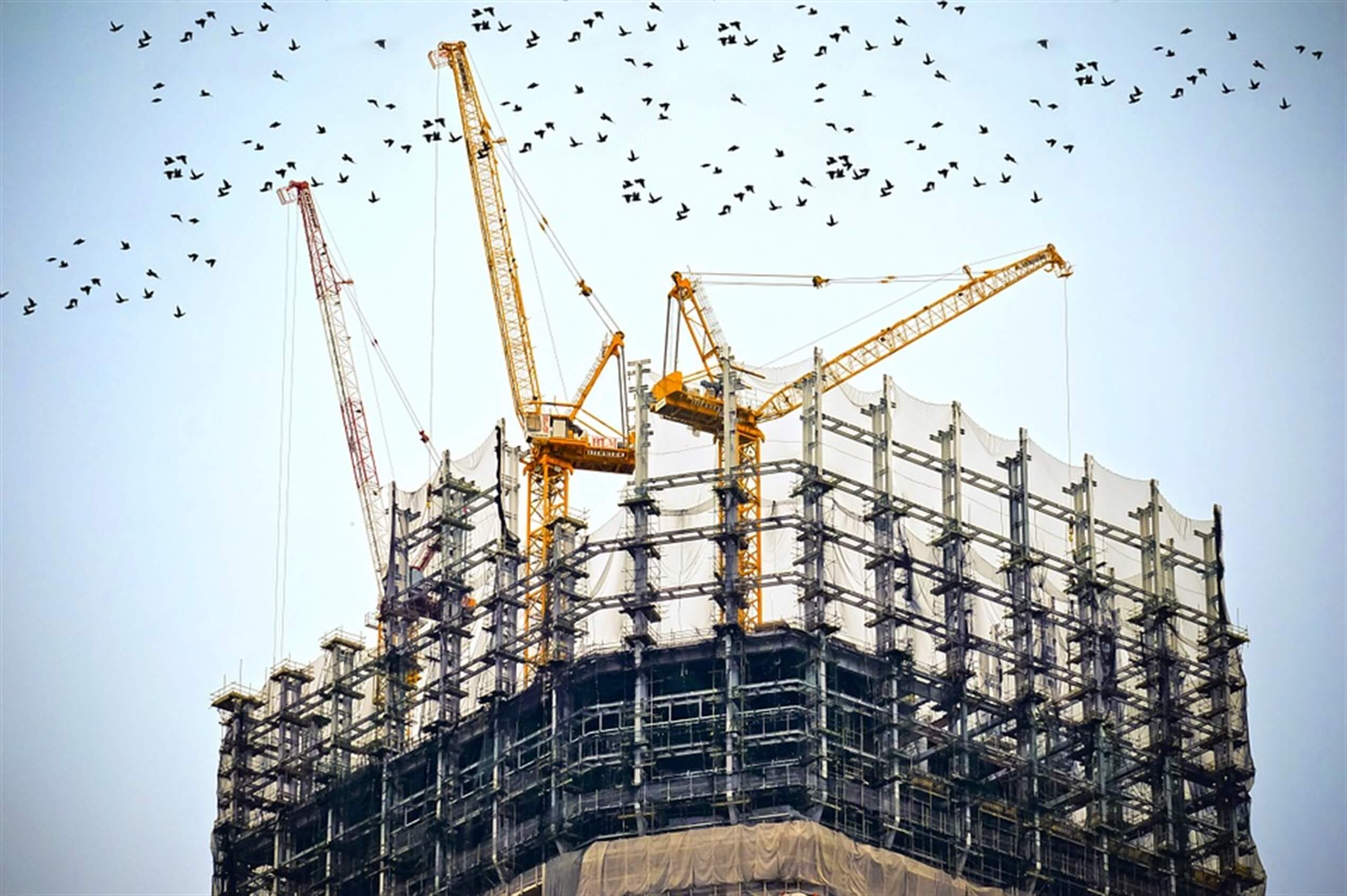 Trying to control birds on your own can be stressful and time-consuming for your warehouse management. This is because bird control is more difficult than merely chasing them away. After all, you can chase them, yes, but they continually return.

To permanently deal with this problem, you need to hire a professional.

Which Bird Species Are Pests?

Several birds are pests and can cause a lot of trouble in different environments. Let’s take a look at some of the bird species that are known to be pests around commercial areas.

Pigeons can congregate in large flocks on building ledges and roofs, for a business place or a workplace this can be frustrating. This is a trait inherited from its cliff-dwelling wild ancestor, the rock dove. Their excrement, especially limestone and calciferous sandstone, can accumulate and damage construction materials. A fungus that grows in feces corrodes the stone, making the surface porous to water, which then freezes and breaks the stone. Many historic structures in cities like London are made of porous stone.

At night, vast flocks of starling’s roost atop buildings, polluting the structures and nearby regions with their droppings. They will make their nests in cavity-like areas such as drainpipes, gaps in walls, and ceilings inside and around structures. They eat grains, waste food, insects, seeds, and berries as well as grains.

House sparrows frequently build their nests in huge facilities that store or process food, such as factories and warehouses. They make big, filthy nests out of grass and leaves, and their droppings and nesting material contaminate surfaces and items. Pecking to get to the contents of packed goods can also cause damage.

Gulls are a plague in many coastal towns around the world. They eventually realized that roofs were safe predator-free nesting grounds and that cities offered a variety of food supplies.

Herring gulls prefer to build their nests on the rooftops of houses, where their continual calling is a nuisance. The smaller black-backed gull, according to the RSPB, loves industrial structures with flat roofs. Gulls produce less fouling than pigeons, but their droppings can deteriorate roofing materials, and nesting material can accumulate on rooftops and clog drains.

In Australia, the United States, South Africa, and other nations, this is a major pest that has been imported. The IUCN lists the house myna as one of the top 100 worst global invasive species. It is a native of South and Southeast Asia. It can create large, noisy flocks and eats a wide range of foods from farms and cities. Mynas in buildings pose the greatest threat by constructing nests in roof areas and scavenging food from restaurants and stores.

If a few birds are coming to your commercial areas often, try to control them before they become a problem to your workplace and it can also save you from other health risks that may be brought by them.

How To Control Birds On Commercial Properties was last modified: July 2nd, 2021 by architectures ideas

What to Fix Up When Selling a House?

The A – Z OF Engineered Hardwood Flooring

Keep Mice Out This Winter with These 5 Tips

After being in an accident, the last thing you need is the stress of dealing...