What Is Ponding Water? 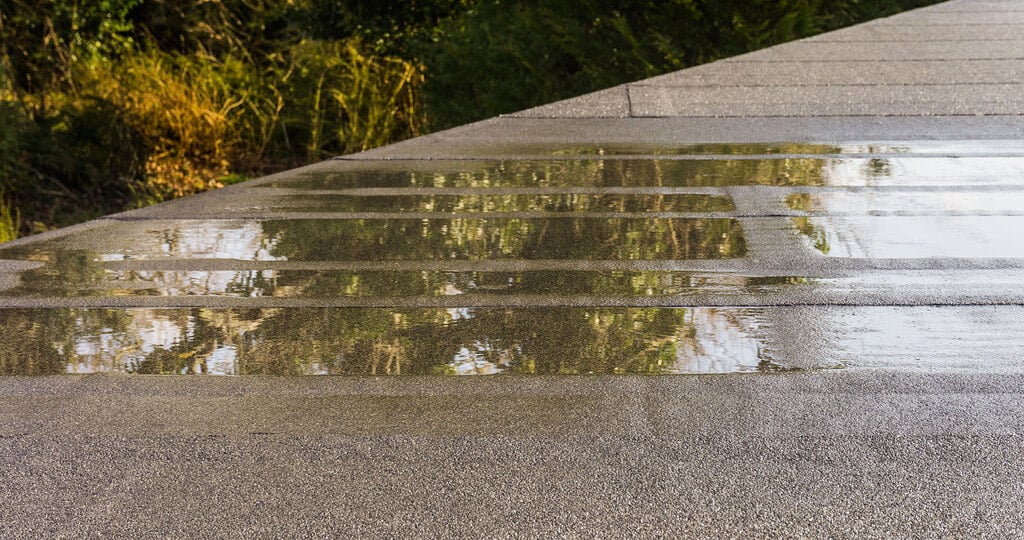 Ponding water on the roof for about 12-36 hours is considered normal after rainfall or snow meltdown. However, according to National Roofing Contractors Association, any form of water found stagnant on the rooftop for more than two days is considered hazardous and it must be examined by roofing professionals.

The gravitational force makes standing water buildup on rooftops extremely problematic because eventually, the water has to go down. Effects of Ponding water can significantly damage the entire roofing system and it must be examined and fixed on time.

If not taken care of on time, ponding water can cause major damage. Some of the adverse effects of ponding water are discussed below: 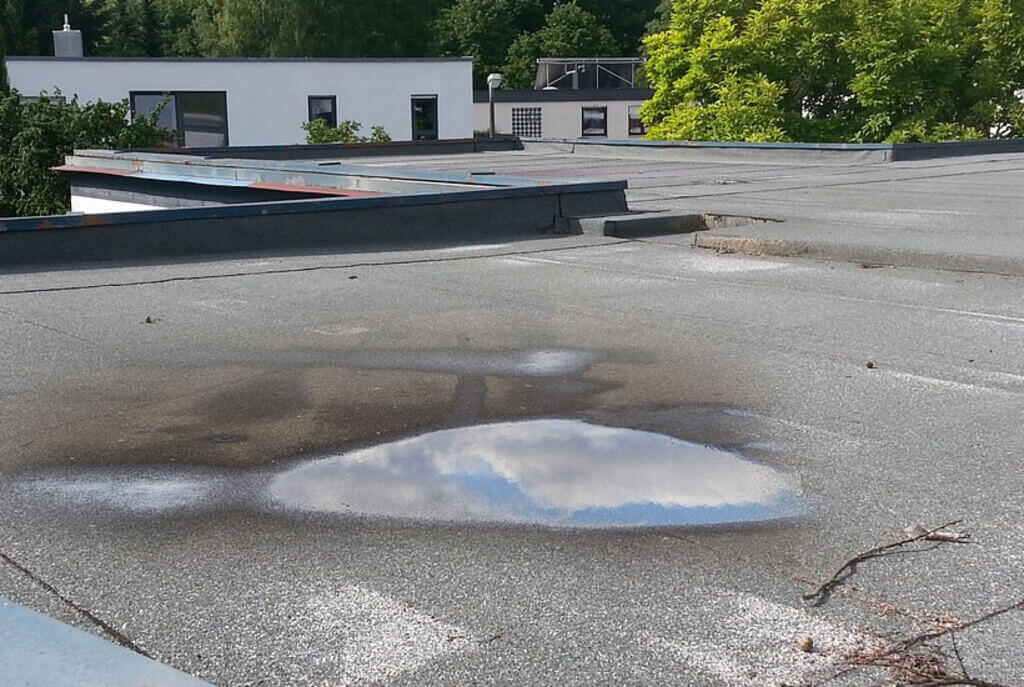 Some materials like Asphalt and polymeric degrade rapidly when they are exposed to frequent rounds of ponding water and evaporation – which is a consequence of the cycles of ringing and sunlight. During winters, ponding water has adverse effects on the roofing system.

The aggregate surfacing of the roof erodes during the cold weather. When water freezes, it constantly changes forms with the changing of temperature. The frozen ponding water moves in cold seasons and scrubs the roofing membrane causing severe damage to the rooftop.

Ponding water finds its way into the imperfections and some areas in the roofing system, which eventually leads to leaks in the interior parts of the building. Roof leaks are not a good sign, they can cause the roof to collapse. The weight of the ponding water makes structural damage to the roof even easier.

Ponding water is not clean water, all the debris and dirt are mixed with it. Thus a mixture of dirt, debris, and stagnant water is a healthy habitat for algae, plants, and fungi. This biological growth is extremely damaging, it can cause the entire roofing system to fail.

The substrate can deteriorate because the ponding water weakens the roof’s structural support at the roof deck. Constantly being exposed to water can lead to rust in the roof’s metal parts and can cause severe damage to the solid features of the roof. Wood is also most likely to soften because of frequent exposure to ponding water.

Roofing manufacturers are most likely to nullify the warranty if the water on your roof remains there 24/7. It is advised to immediately fix the issues which are causing the water to remain on the rooftop because if not dealt with on time, the ponding water can have adverse and hazardous effects.

One of the reasons why the water accumulates on the rooftop is poor roof design. If the plans for the roof project are not coordinated with the roof and building layout then the project is most likely to have severe issues such as ponding water.

Most of the complications are not visible by only looking at the exterior of the building, for a roofer, things can get extremely complicated if he is dealing with a flat roof. There is this common misconception that flat roofs are easy to repair.  A flat roof requires proper engineering to avoid future problems. 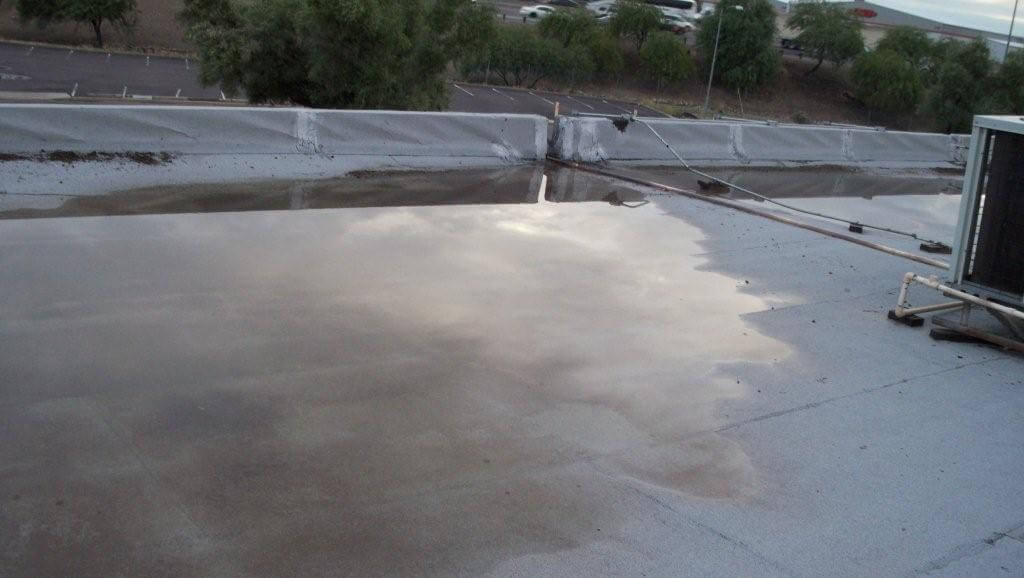 You can start by cleaning the debris and dirt from your drains. Ponding water can be avoided by adding some extra drain lines, which is a practical fix for the problem in the areas with high precipitation.

Roof crickets can be installed to avoid the rainfall from getting trapped. Cricket helps to divert water from the fixtures.

Stagnant water on a flat roof for more than 36 hours is a serious problem. We have covered above all the problems that standing water on the rooftop can cause. Ponding water must be dealt with on time to avoid issues like structural damage or leaks.