One of the first considerations you’ll make when buying or building a traditional style house is what style you want your home to be.

Traditional style house ideas consider the styles that were prominent in a certain region or location. The distinction between classic and modern homes is more than meets the eye. Today constructing these houses is about commitment to retaining a relationship to previous architectural styles. Creating a sense of continuity and connection to the past, helps occupants maintain a historic look and feel.

Traditional house characteristics appeal to people of various ages and lifestyles, from young singles to growing families, and retirees. The reuse of resources, and the design of homes and buildings to be congruent with the overall building design of the area.

What is a Traditional Style House? 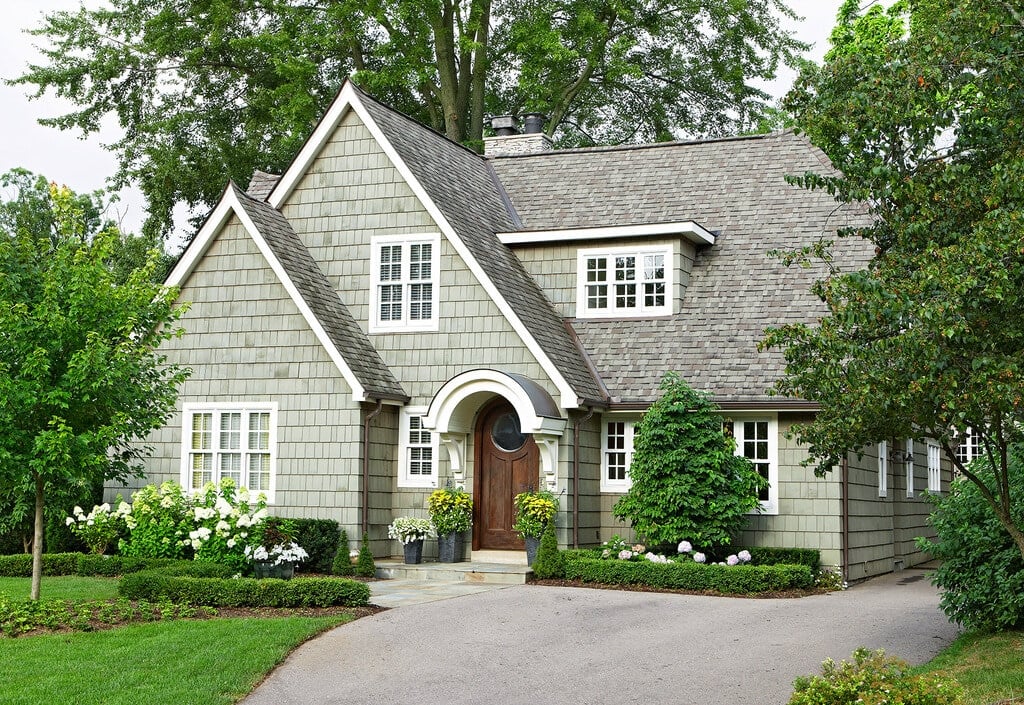 The term “Traditional style house” refers to a variety of home-building styles, each with its particular features. Homes in the traditional design combine functionality and accessibility with a timeless appearance. They were from the 19th and early 20th centuries and founded mostly in city centers and long-established neighborhoods.

Traditional style house ideas are majorly influenced by historic architectural styles such as Victorian, Gothic, Colonial, Neoclassical, or Craftsman architecture. However, many new traditional house styles made to look like older ones.

Bricks, natural wood, plaster, stucco, and stone masonry are among the traditional building materials utilized. Modern architecture, on the other hand, rejects classical embellishments in favor of a minimalist, simple, clean appearance.

One defining quality of multiple traditional house plans is their functionality, another distinctive feature is their basic style. Most of the time, the exterior of this house will be plain. The cost of a traditional style homes influenced by the materials used, with natural elements like wood being more than manufactured items like plastic or metal.

Features of a Traditional Style House 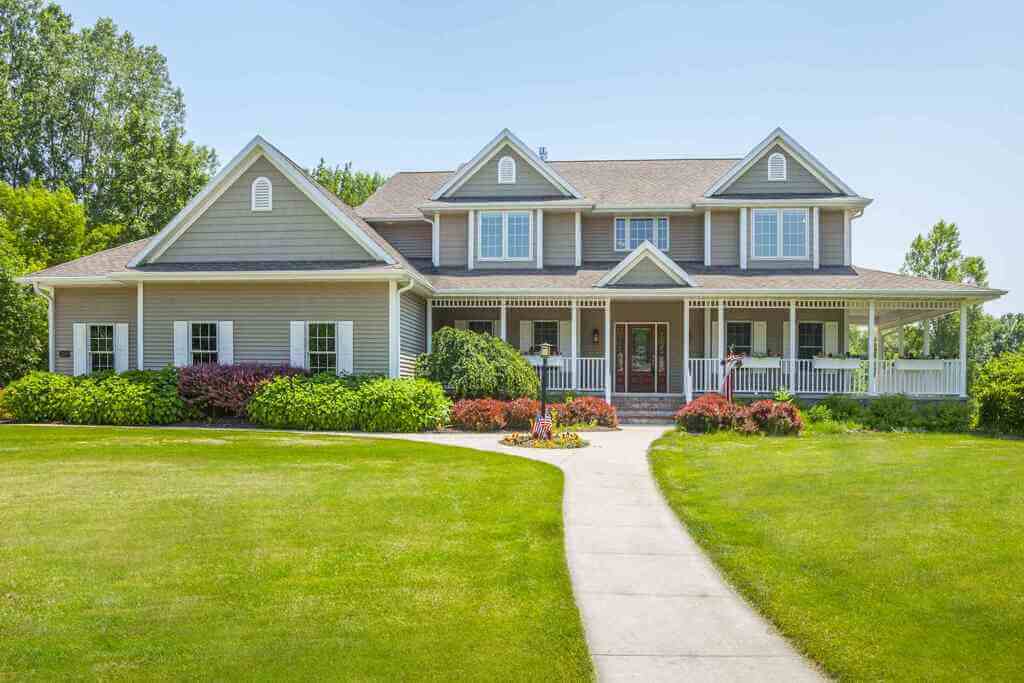 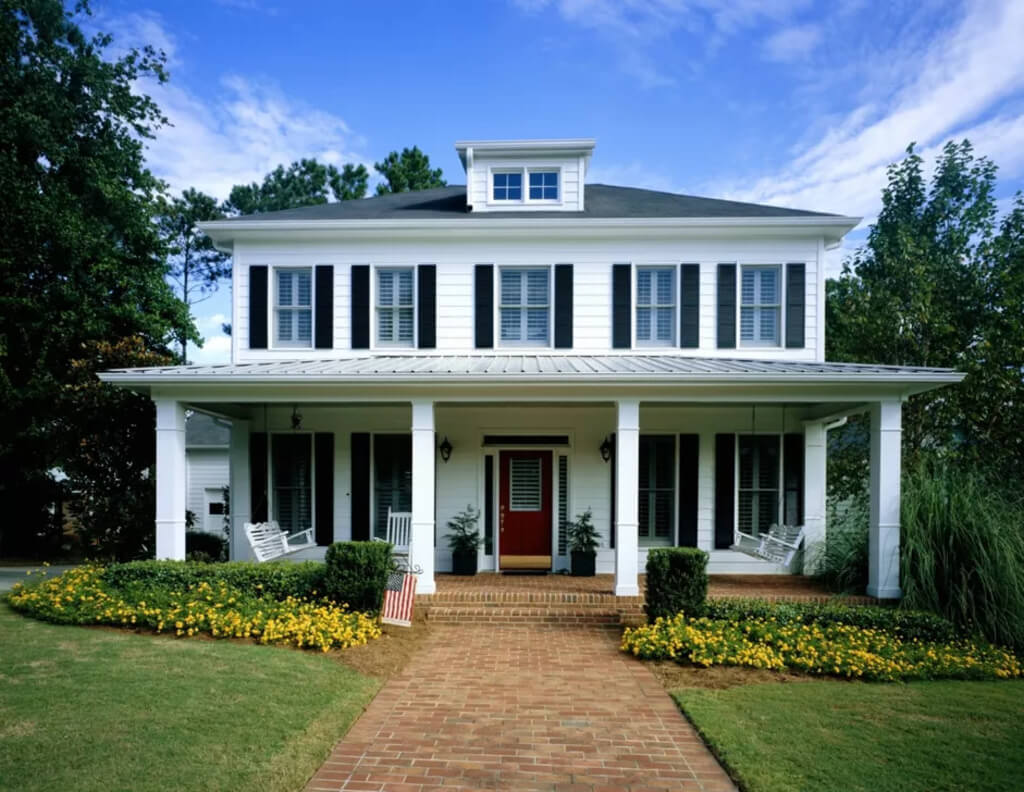 In New London, the oldest known traditional style house constructed in 1640. This house was named after the colonial government officials who used it to oversee the colony’s affairs until a permanent edifice built.

Later during the early 1700s and 1800s, traditional-style houses were more than popular in American and European homes. The architectural styles of these traditional houses are most closely connected with Neoclassical and Georgian architecture, but there’s a considerable connection with Colonial architecture as well.

One can see the blend and overlapping of many characteristics from different eras. From detailed woodwork, dark furnishings, deep-colored drapes, large windows and doors, ornate cornices, gold-framed wall decorations, and other exquisite elements are common.

Following World War I, the government attempted to improve housing in 1917. This also influenced the style of traditional houses. The designs were furthermore influenced by the Arts and Crafts movement, and despite their lack of ornamentation, their form and surroundings intended to imitate rustic cottages. 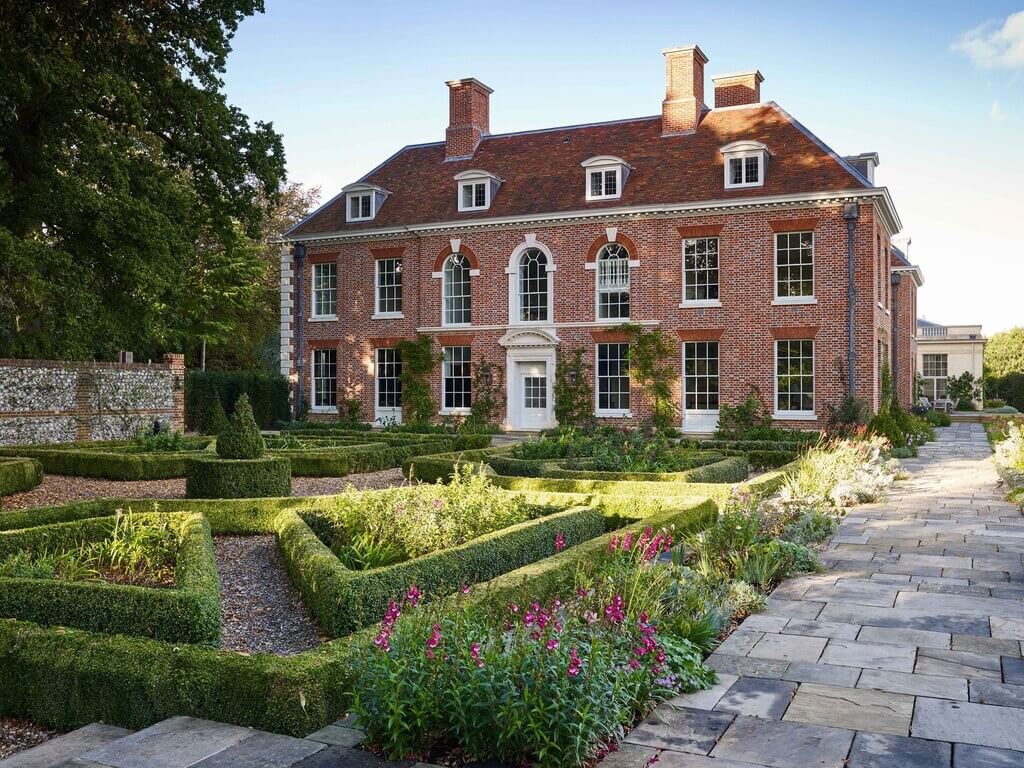 This traditional style house built in 1820, the house is a perfect example of a transitional style house, with large windows, wooden frames, and shutters, as well as extraordinarily symmetrical proportions. Original architectural features such as the window in the hallway, stone flooring, open fireplaces, beams, and sash windows preserved to give justice to the house.

The importance of the church in Georgian England pervades the interior, especially in the dining and sitting rooms. White neutrals, sympathetic wallpapers, complimentary throws, and refurbished areas added to the mix. Although the house built after Jane Austen died, it has a sense of era and arrangement that would have made her feel at ease. 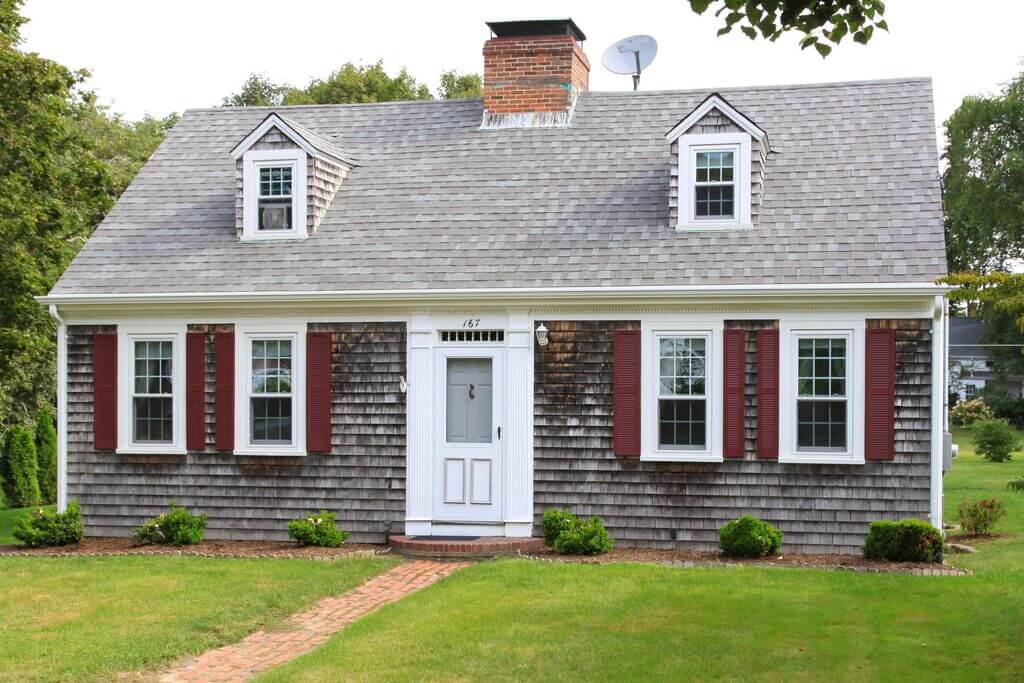 The Cape Cod-style of architecture introduced to America in the 1600s. In the mid-1800s, Cape Cod-style traditional homes were popular throughout New England because they were simpler to heat and strong enough to withstand the climate extremities. These modest traditional-style houses constructed like half-timbered thatched English cottages from the 17th century. Although an original Cape Cod traditional house was one-story, second stories added when needed for practical reasons. 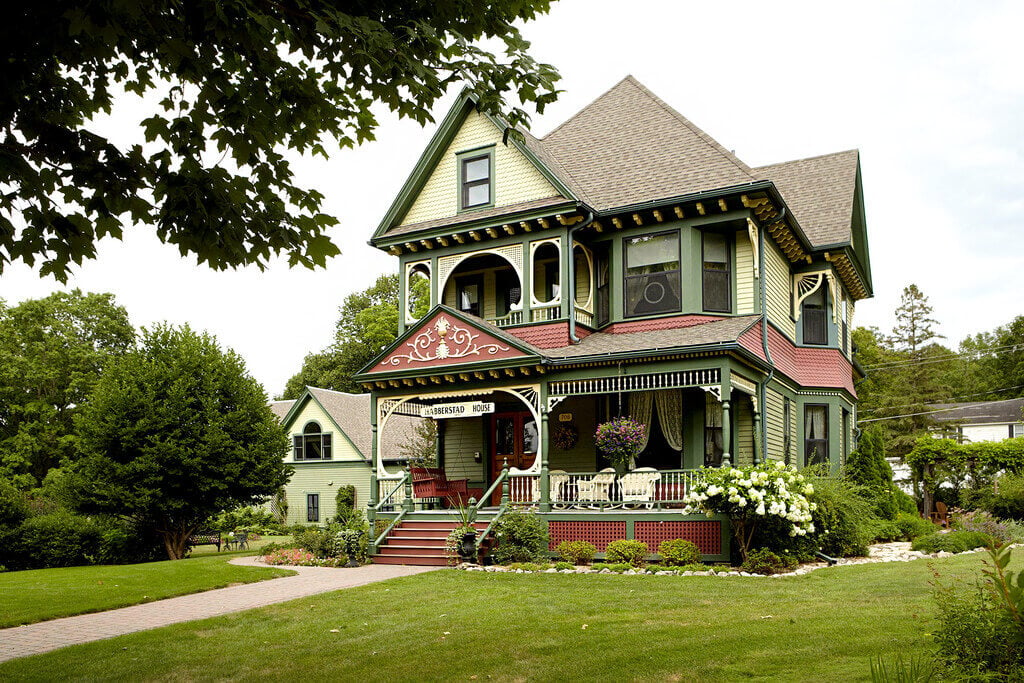 A Victorian traditional style house identified as any structure built during Queen Victoria’s reign in the nineteenth century. These range from magnificent country style houses and estates outside of cities. To basic and affordable row houses constructed afficiently in cities for all sorts of people. These traditional style house plans include gabled roofs, stained window glass, intricate woodwork, dark colors, round soft angles, towers, turrets, and dormers. 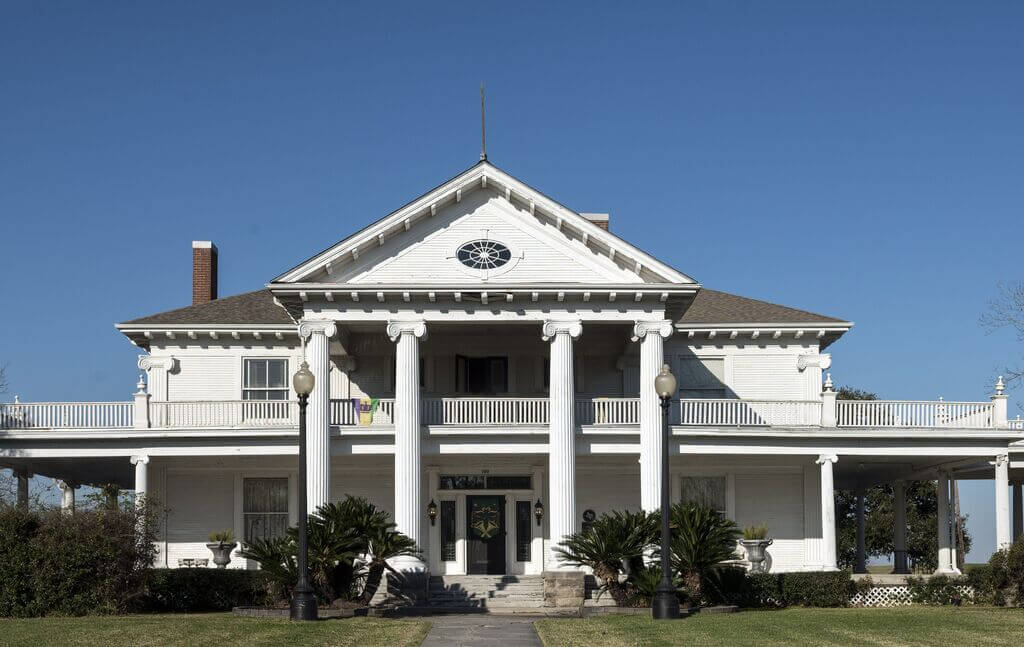 The symmetrical façades and balanced arrays of windows are examples of traditional proportions. The core part of these traditional-style houses is usually two stories tall, with one-story wings on either side. A two-story portico with towering columns can either frame the entrance or span the full façade. 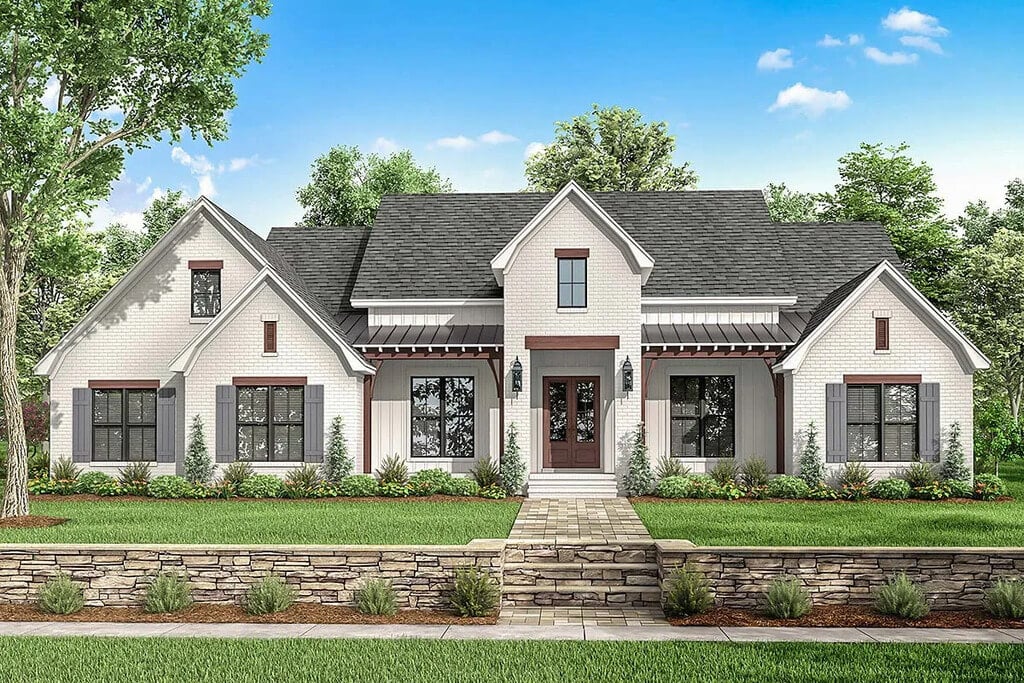 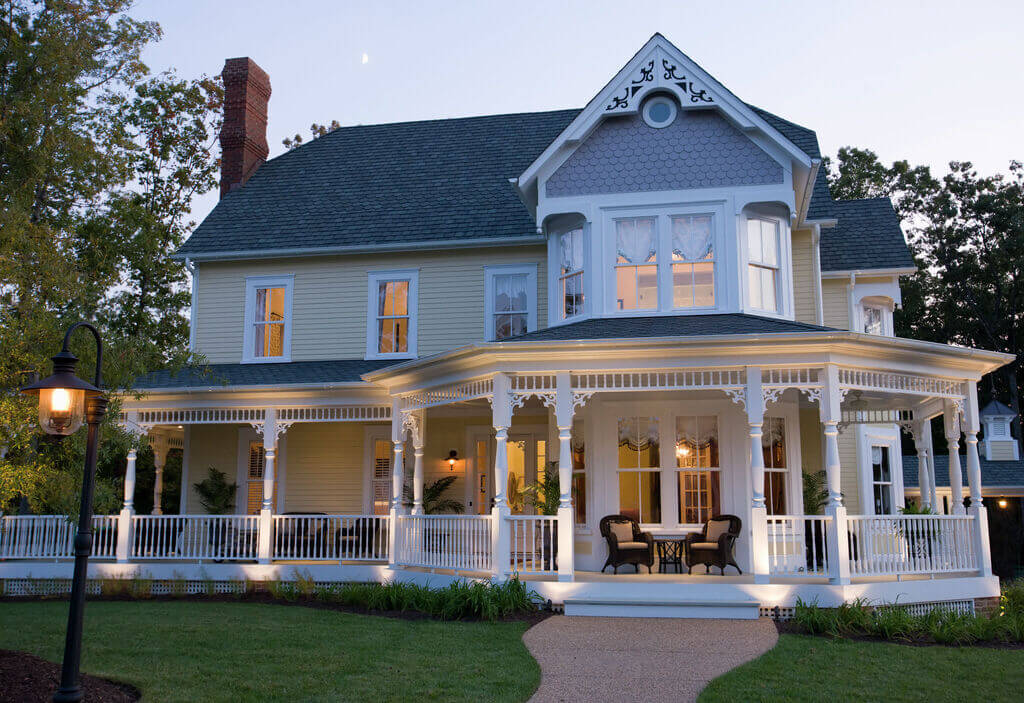 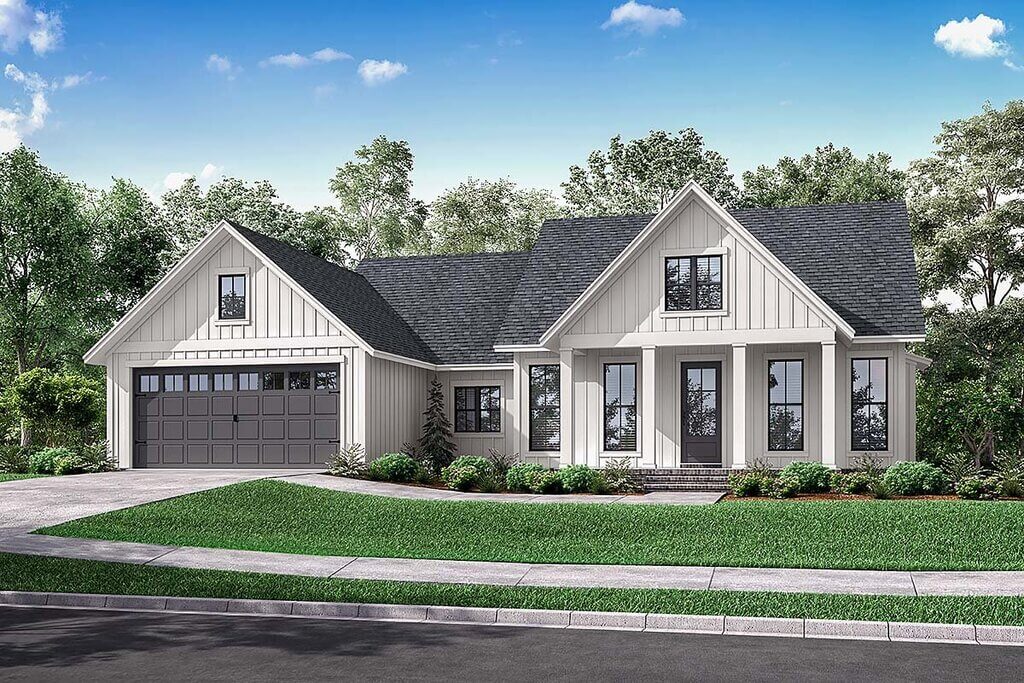 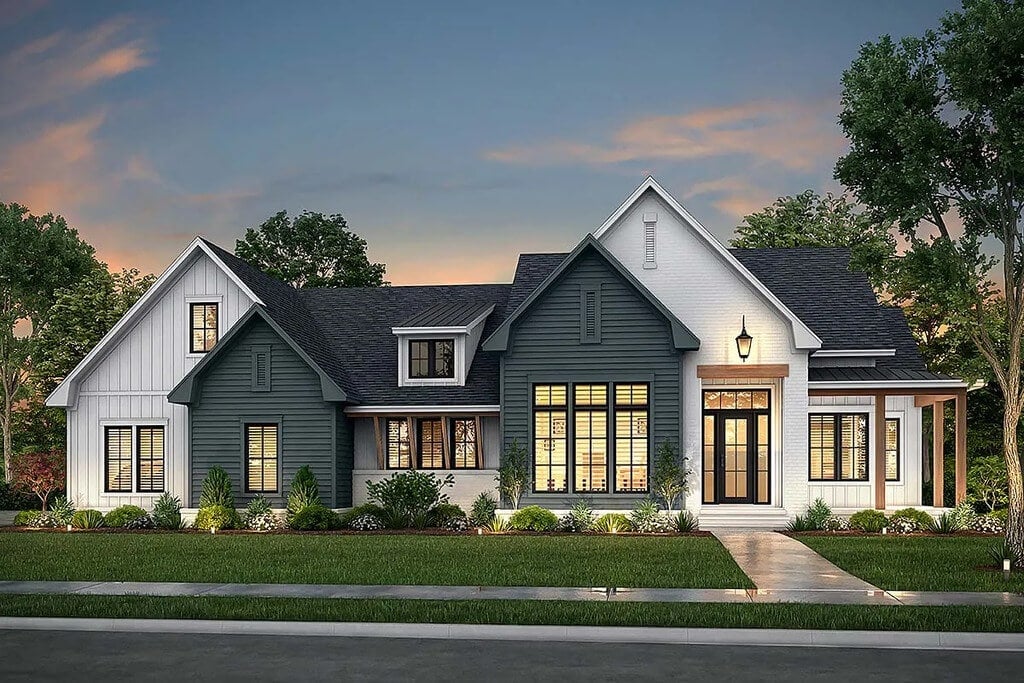 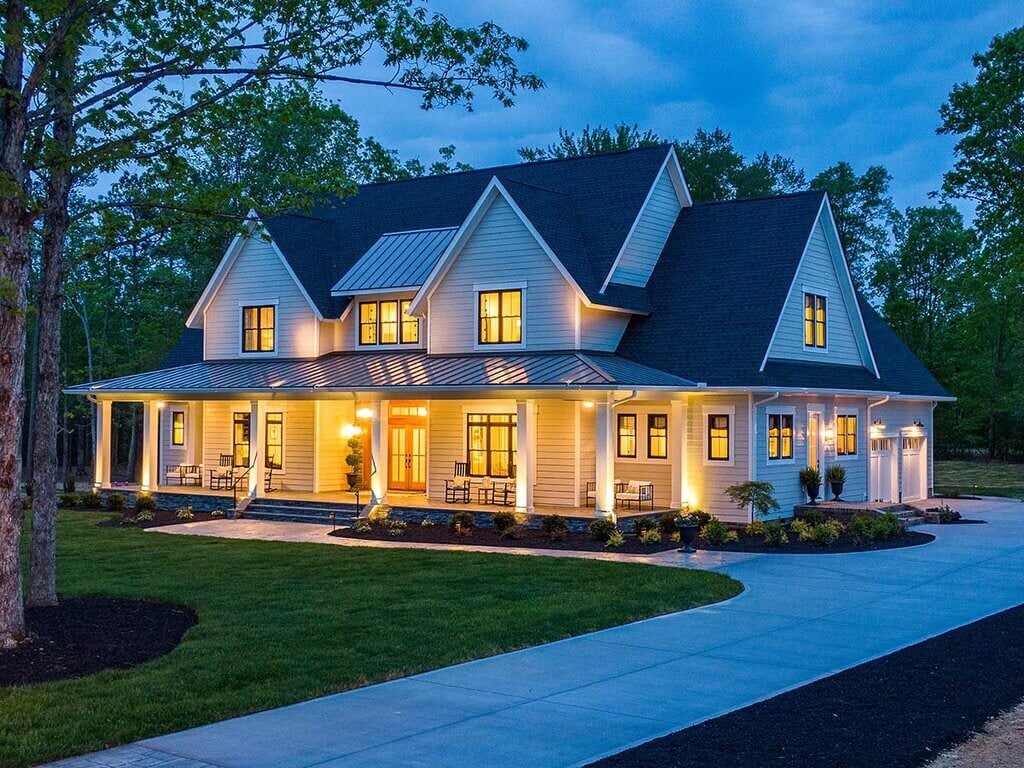 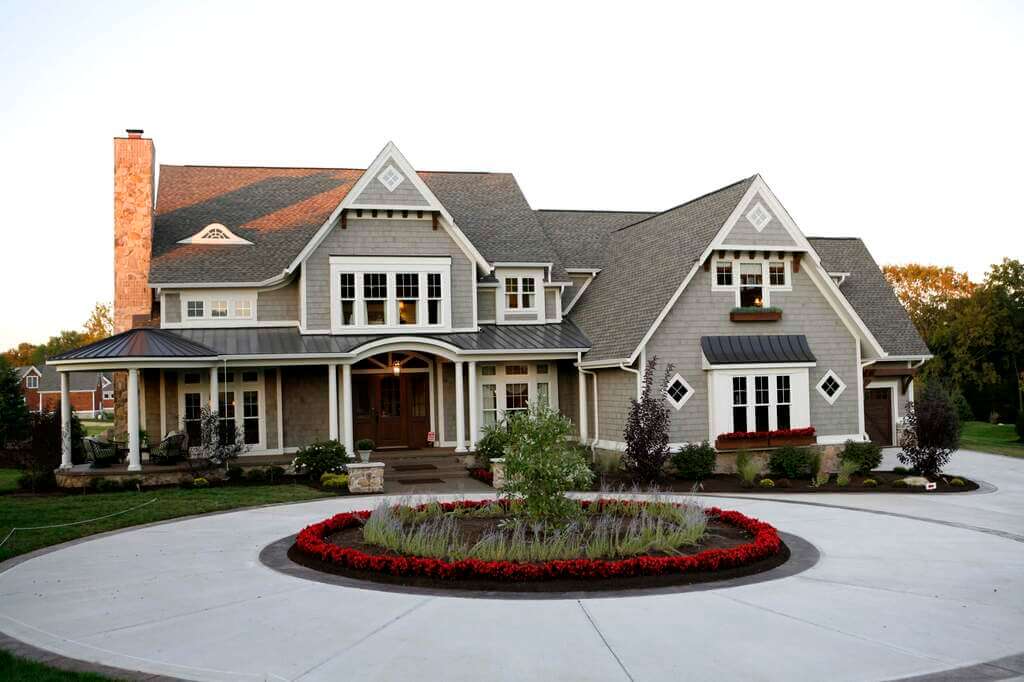 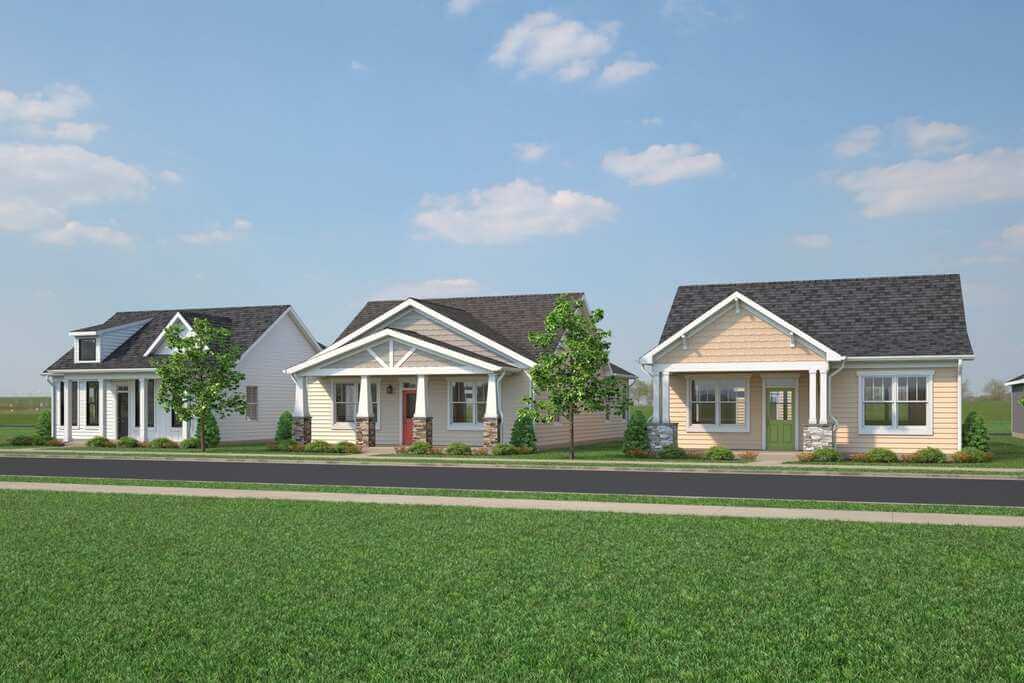 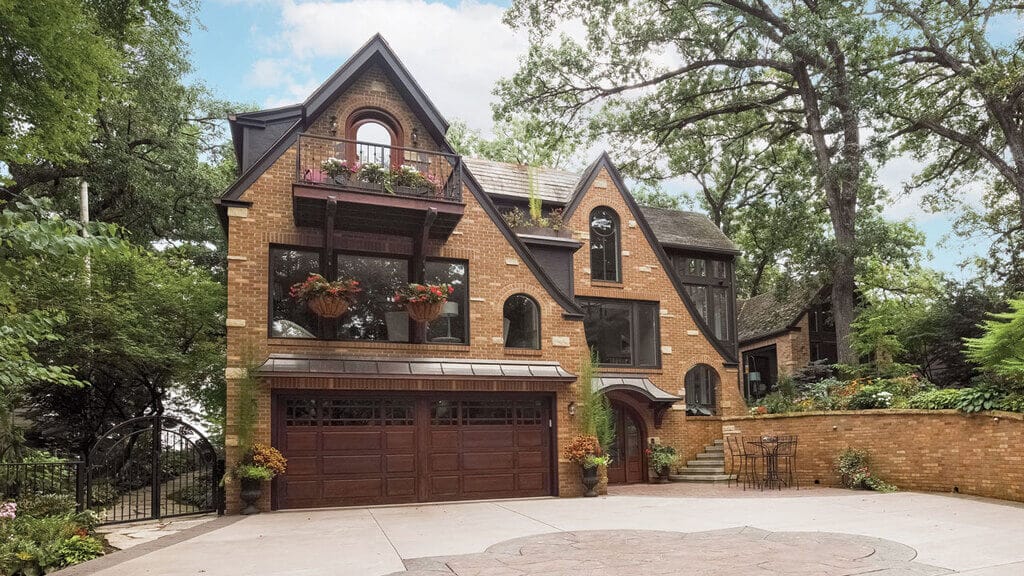 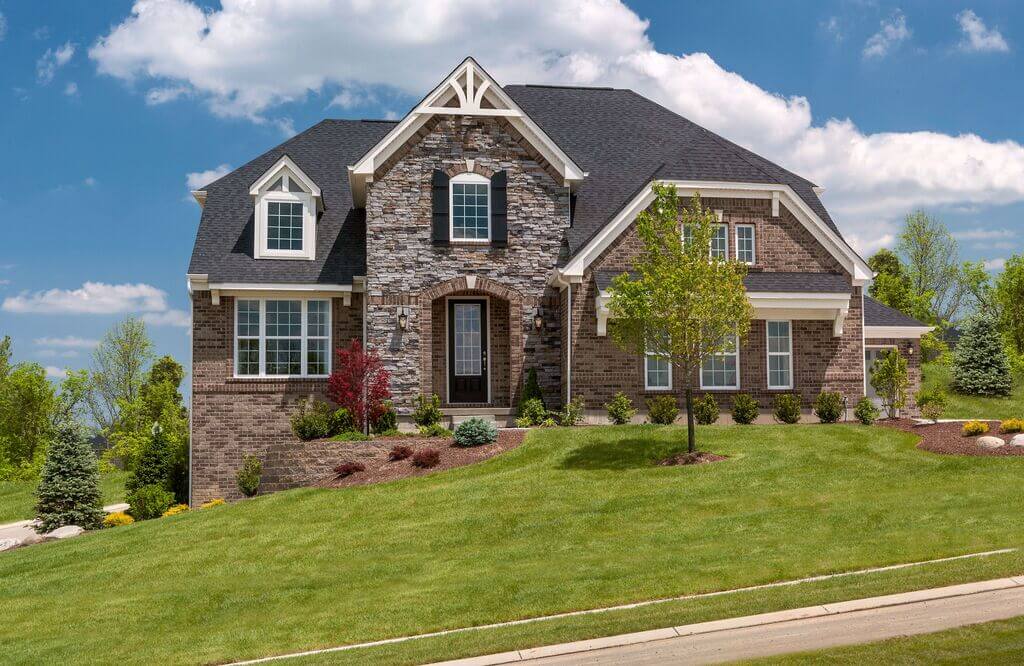 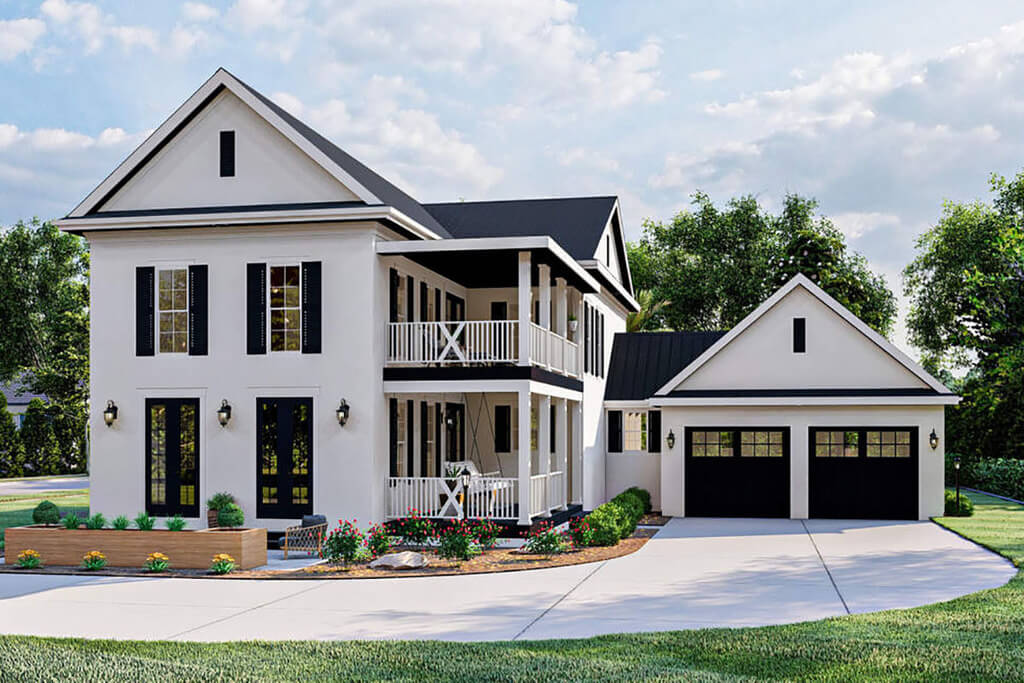 Despite the widespread notion that traditional style house plans are uninteresting or inefficient, most traditional homes include classic works of art and exciting stories to tell.

Traditional style houses are significant because they preserve our historical connection. This attachment to the past keeps us drawn to historic structures and styles that adapted into other many parts of the house.

Traditional house styles and elements used in construction give people a sense of tranquillity and continuity throughout without deviating too far from their traditions and heritage. Whatever size or features a conventional home design has, one thing is certain: they provide a pleasant and functional living for today’s hectic lifestyles.

Also Read: Everything You Should Know About Tudor Style House

1. What Are the Common Features of a Traditional Style House?

The Common features of traditional style house dwellings share some characteristics, despite their differences in origin. For Example, Large, open porches with overhanging beams and rafters, dormers, and a tall, pointed roof. Traditional construction materials include natural brick, wood, plaster, stucco, and stone. Every traditional house design that still survives today is significant, regardless of its size, type, or status because of its handcrafted remarkable craftsmanship.

You will notice simple natural forms used in traditional structures. The doors are often constructed of wood, and the walls are typically unplastered. The ceilings are sometimes made of wood with decorative patterns.

2. What Is the Definition of Traditional Decorating?

Traditional style house décor characterized by uniform, calm, order, and dependability. There is nothing weird or disorganized in a classic era. Although for some people the decor style may appear to be out of date. The walls are basic, with no distracting embellishments. To create a relaxing ambiance, color utilized sparingly, while the art pieces are highly decorative.

Simple shapes, straight lines, and smooth surfaces are characteristics of traditional style decoration. It is relaxing and comfy. The interior has a single prominent hue used throughout.

3. Why Do People Love Traditional Houses?

Traditional style homes have a lot of dark colors and warmth in their interiors. These architectural elements give depth and interest to the interior of the home and make a statement of luxury that is equally as powerful to the occupants. It’s without a doubt a unique manner of designing a house with recognized symbols from a certain culture of distinct people. As a result, traditional houses’ unique character, location, and history have led many people to fall in love. Even with small alterations, a traditional style house can pay off in terms of design satisfaction and resale value.