Housing developments are known for their linear and repetitive nature; just the same house over and over and over again! The architectural designers, Pantic Architects, put a spin on the concept and gave their new cluster housing project a different interpretation. The houses rotate around trees and boulders positioned in the centre of the development and create a visually stunning new approach. Their description follows:

“We were engaged to design a medium-density cluster house development in Harare, with a strict focus on the number of units achieved and low investment costs for the client. On the other hand, an amazing natural feature formed of enormous boulders and trees was located in the centre of the plot. The decision to keep it, making it the star of the project was only natural!

From an economic point of view, its blasting and removal would be costly, so the client was agreeable as long as densities were achieved. Our design proposed to have all the cluster units facing the central hill so that they have a constant view of it from their living and bedrooms. These stunning views would enrich and improve the daily lives of the inhabitants on many levels. The external verandas also faced the same stunning visuals and provided an access to the central green area. 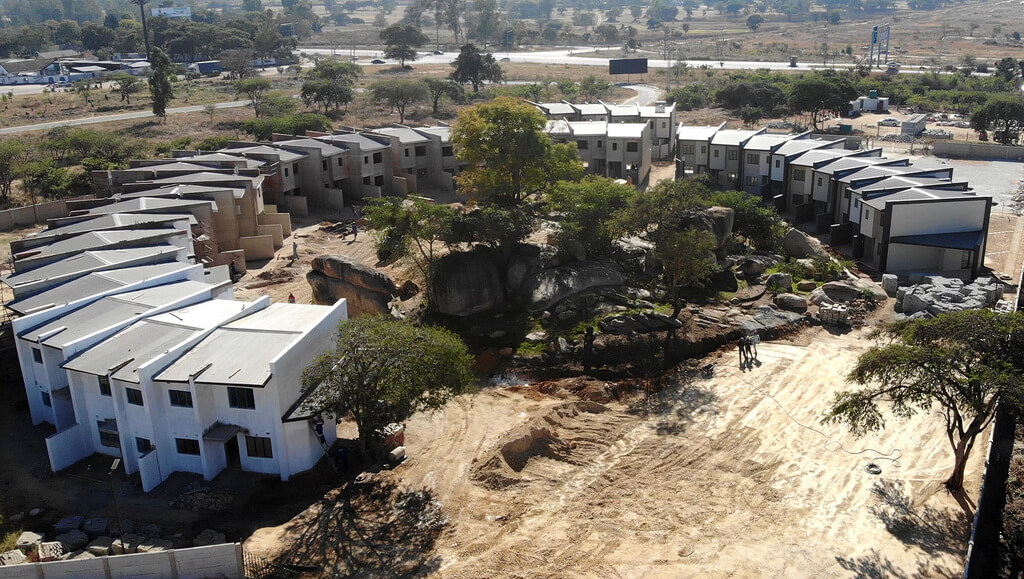 The design concept was that the central area around the natural feature would be a safe common area where the residents would have a sheltered park in which to play, interact or just relax. The involvement between the very young and old would especially be cherished and promoted. The two ages can provide so much for each other when interacting in the right environment. As such, all the houses had exits towards the central area while external access would be monitored and protected.

The central area would have a flatter field for sports while there would be a curving path around the complex and feature for walks and runs. The whole area would have only indigenous vegetation and would continue to be a shelter for local birds. Emphasis was placed on maintaining as many existing trees and these would be supplemented with new local varieties on completion of the construction. 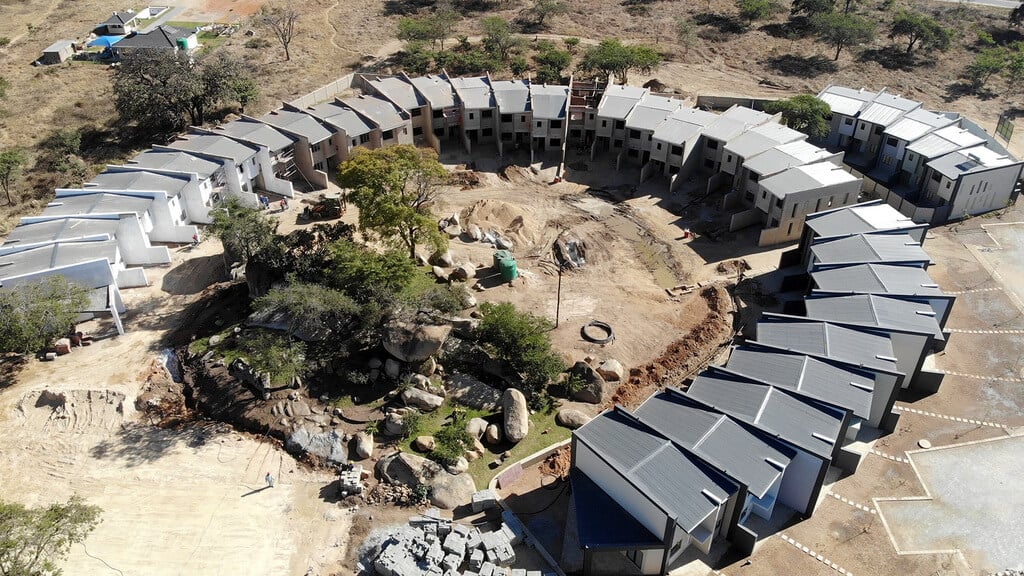 The planned each unit had a trapezoidal form, narrower towards the centre and wider at the back. This permitted the units to be arranged as a spiral around the central feature. It also allowed us to ‘slide’ the units backwards and forwards, sheltering the verandas and affording privacy to all the units from the neighbours. In addition, the first floor rooms cantilevered over the veranda protecting from the rain and sun underneath. Thus the verandas provided a covered outdoor lounge as a continuation of the internal living room, effectively extending the house outwards and making it larger and integrated with the garden.

Two parking areas at opposite sides of the cluster housing development serve both the residents and guests, with a small refuse and utility area by the entrance gates permitting recycling and elimination of refuse from the individual properties. From the parking zones, pedestrian paths lead to the individual houses. Each house has the zones divided with the living day area downstairs and the bedroom night area upstairs. This clearly separates the two zones in terms of sound, sight and use providing more parallel events within the house.

The living area is open plan, with the kitchen, dining and living room all within one open space helping provide the sensation of a bigger, more luxurious space.  The space looks through the large terrace doors out onto the veranda further expanding the visible space. The breakfast nook subtly separates the kitchen from the living area, dividing yet maintaining the open space. The staircase leading to the top floor is tucked away to the side of the entrance, allowing the occupants to enter and exit the house without passing through the living space.

Separate bathrooms are provided for each of the two large bedrooms upstairs.

The corner cluster units received special treatment and have a large covered veranda and side orientation of the living room. 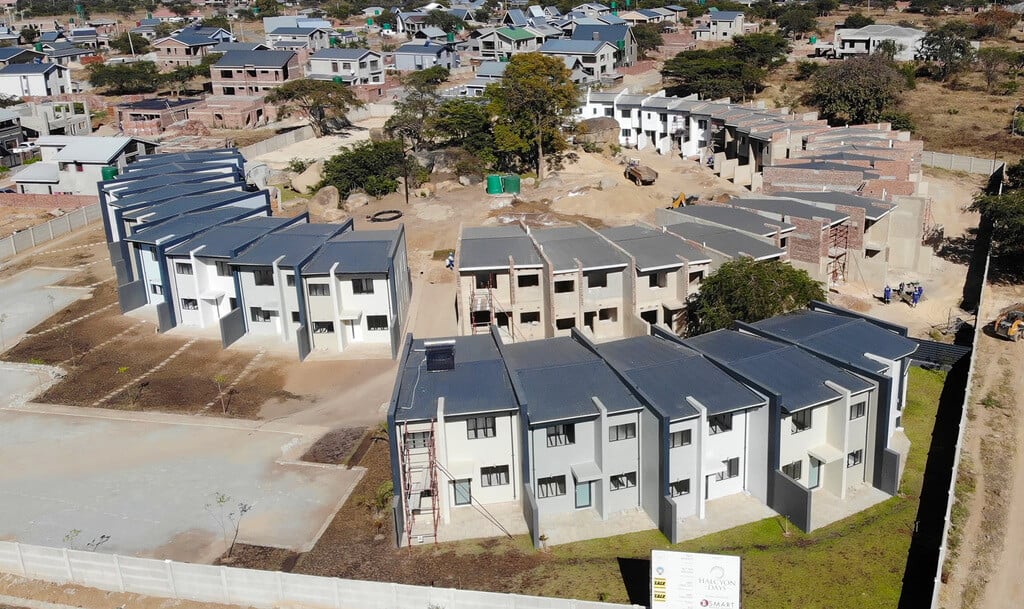 The final architectural design has an organic, spiral design centred around the stunning natural boulder formation. Its presence should promote quality time spent outside enjoying an oasis of natural surroundings while immersed in a dense housing suburb. The green area should promote interaction between the homeowners , boosting their social welfare and sense of belonging to the community. Time will tell if the concepts had a positive effect.